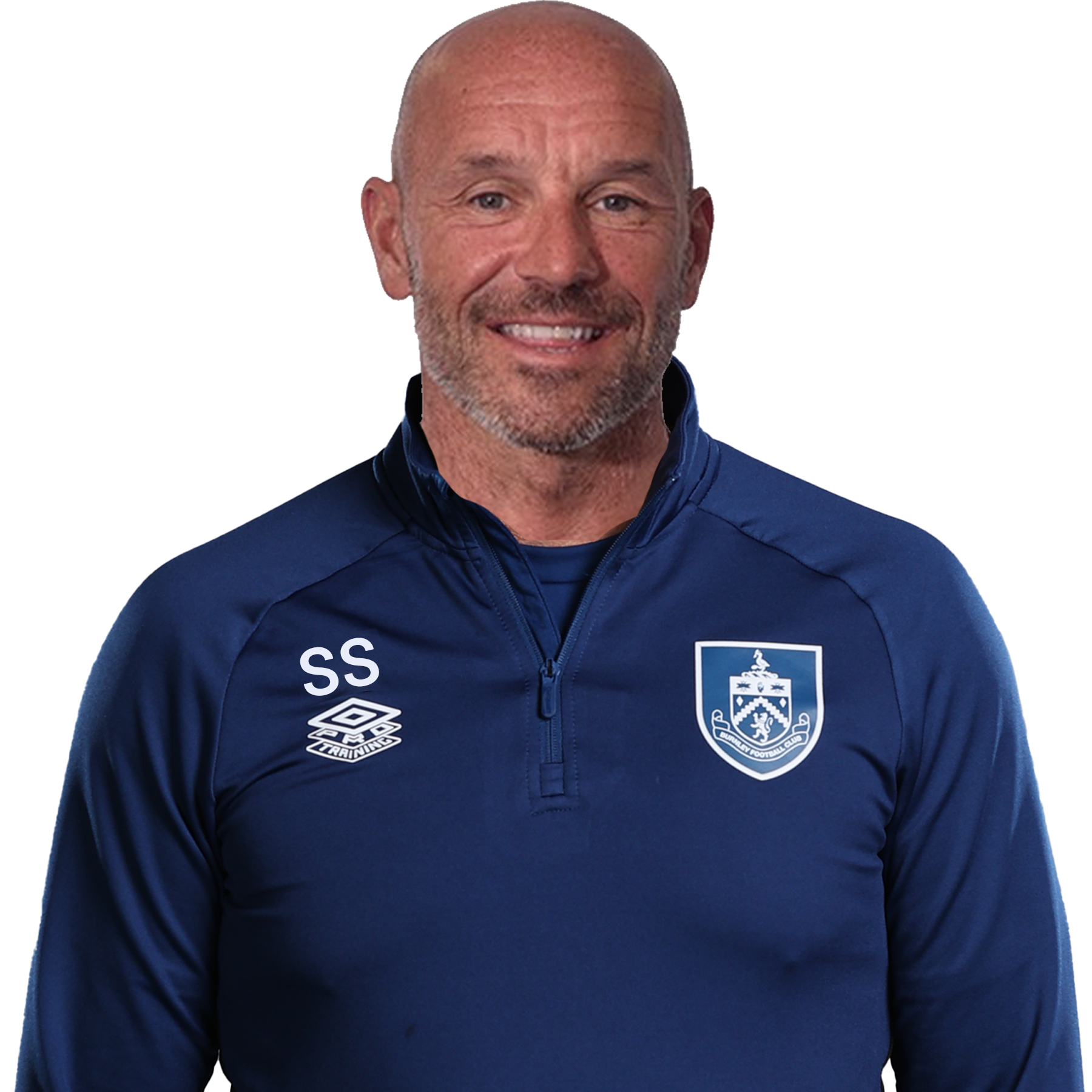 The former England international took over the position from Tony Loughlan, who left to undergo a second hip operation.

The 47-year-old – whose lengthy playing career took in spells with Preston North End, Blackpool, Bury and Tranmere Rovers – will continue to be assisted by long-serving coach Andy Farrell.

Stone has been with the Clarets for close to three years since replacing Michael Duff as U23s’ manager and has overseen significant playing progress from a team that just missed out on a play-off place in their first season in Premier League 2’s Second Division last season.

He is also no stranger to the Clarets’ first-team set-up, having previously deputised for Loughlan – who worked with Dyche throughout his near nine-year reign at Turf Moor – when he underwent a first round of surgery.

And Stone – who has developed a number of young players who have figured at senior level for the Clarets – has also previously been involved on match-days on Dyche’s staff and operated closely with the senior management team.

Stone previously worked on the first-team coaching team at Newcastle United, having graduated from an Academy coaching role at St James’ Park, and brings a wealth of added top-flight experience to Burnley’s senior staff of Dyche, Woan and goalkeeping coach Billy Mercer.

Coming through the ranks at Nottingham Forest, where he was initially a team-mate of Dyche, Woan and Loughlan, the midfielder went on to play 229 games for Forest.

Stone then moved to Aston Villa to extend his Premier League career and also played in the top tier for Portsmouth before ending his playing days at Leeds United.

The Gateshead-born wide player was also capped nine times by England and was a member of the squad that reached the semi-finals of Euro 96.

Stone stepped up from his role in charge of Burnley’s Under-23s to become first-team coach under manager, Sean Dyche, and assistant manager, Ian Woan.