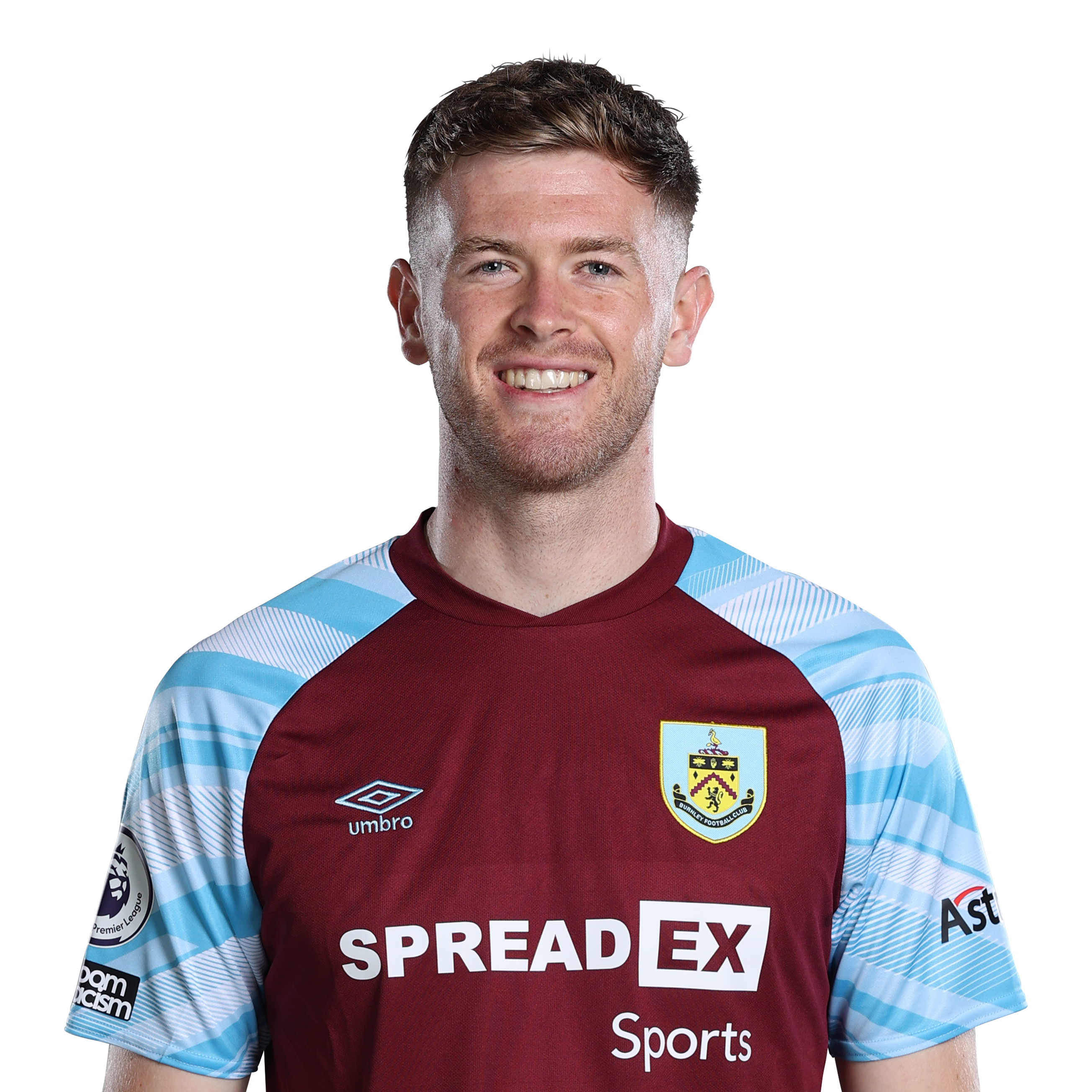 Collins signed for the Clarets in the summer of 2021 from Stoke City.

The towering centre-back penned a four-year contract at Turf Moor, with the option of a further year.

Collins started his career as a youngster at Dublin-based club Cherry Orchard, before a move to Stoke in 2017.

The 20-year-old made 49 first-team appearances for Stoke – including 39 in the Championship – after graduating from the academy set-up at the Bet365 Stadium.

The central defender – who has also been capped up to U21 level by the Republic of Ireland and whose father David and uncle Eamonn both played in the Football League – made his first-team debut for the Potters in April, 2019 and became the club’s youngster ever captain when he led Stoke against Leeds United in the opening month of the 2019/20 season.

Collins signed for the Clarets in the summer of 2021 from Stoke City.