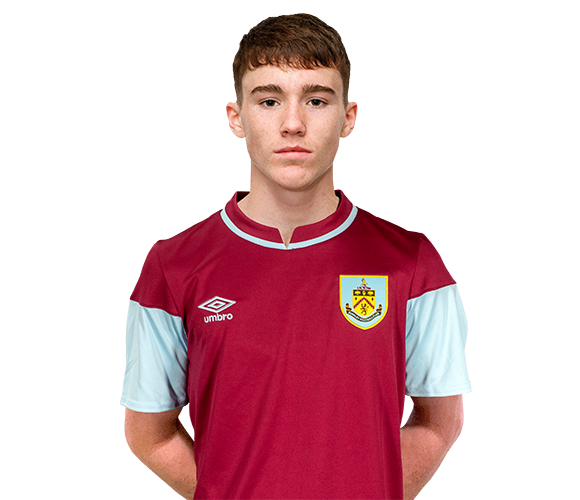 Richardson signed a two-year scholarship with the club in the summer of 2019, after impressing as an U16 throughout the 2018/19 season.

The 17-year-old hit five of the Clarets’ six goals in a 6-1 win on his first start for the Under-18s in November 2018, over Crewe Alexandra.

The following month, Richardson scored for England’s Under-16 side in a tournament in Turkey before bagging a hat-trick for the U23s in a Lancashire FA Senior Cup semi-final win over Rochdale in February.

The striker bagged his first goal of the season for U23s in August in a 2-2 draw with Colchester United in the U23 Professional Development League.

And Richardson, who was named on the bench for Sean Dyche's side against Sunderland in the Carabao Cup, signed a professional contract with Burnley on his 17th birthday in February 2020.

Richardson then made his first-team debut for the Clarets against Tottenham Hotspur in February 2021, replacing Jay Rodriguez.

The youngster went on to win the U23s' player of the season for the 2020/21 campaign, after an impressive season with Steve Stone's side.

Richardson signed a two-year scholarship with the club in the summer of 2019, after impressing as an U16 throughout the 2018/19 season.