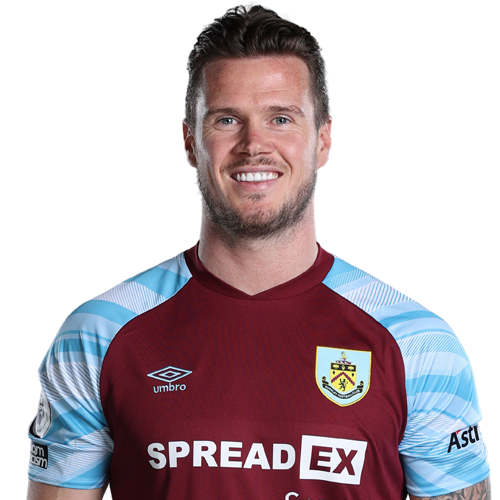 Kevin Long is the Clarets’ longest serving player after signing from League of Ireland side Cork City for a six-figure fee during the 2010 January transfer window.

Long spent his first few months at Burnley as a regular in the reserves before joining local neighbours Accrington Stanley on loan in 2010/11 and returning to the Crown Ground for a second successful spell the following season.

He scored his first League goal at Plymouth Argyle in October 2011 and after John Coleman took over as Rochdale manager, followed the former Reds’ boss into League One with a loan move to Spotland in January 2012.

After playing 16 times for Dale, Long was called up by the Republic of Ireland under-21s for the first time for a European Championship qualifier in June, 2012 but didn't make it past the bench.

Long started the 2012/13 season on loan at Portsmouth but following his return to Turf Moor became a regular member of the first-team squad and made his first-senior start for the Clarets against Watford in December, 2012.

The centre-back made seven Championship appearances as Burnley won promotion to the Premier League in 2013/14 but his top-flight debut on New Year’s Day, 2015 was ruined by an anterior cruciate ligament injury after coming off the bench at Newcastle United.

On his return to fitness, Long joined League One side Barnsley on loan in November 2015, helping them towards promotion, followed by a loan move to MK Dons in March 2016.

He returned to Turf Moor for the 2016/17 Premier League season – signing a new contract until June, 2018 - and after recovering from a knee injury was finally rewarded with his first Premier League start in a 2-2 draw against West Bromwich Albion which saw the Clarets ensure their top-flight safety.

Long stayed in the side for the final two games of the campaign and was then called up for the first time by the senior Republic of Ireland squad, making his debut in a friendly against Mexico in the United States at the beginning of June, 2017 and starting for the first time a few days later against Uruguay.

He then capped a remarkable few months by retaining his place and making his competitive international debut for Ireland in their World Cup qualifier against Austria.

The new three-year deal quickly followed ahead of the 2017/18 season when Long enjoyed his most productive campaign yet for the Clarets, starting 16 times as Burnley finished seventh in the Premier League, and also remaining as a regular for Ireland.

But Long remained an integral part of the Clarets' squad - making 13 appearances in total - and stayed part of Ireland's plans under returning boss Mick McCarthy.

The centre-back again had to be patient during the 2019/20 season as Mee and Tarkowski continued their productive pairing.

But, once again, Long proved his worth when he returned to the Clarets' starting line-up for the final six games as Sean Dyche's men secured a top-10 Premier League finish.

The former of Mee and Tarkowski - and an injury towards the end of the season - again limited Long's game time in the 2020/21 season.

But he still made 11 starts - and scored one of the goals in a fourth-round FA Cup win at Fulham - as the Clarets secured their Premier League status.

Long, who took his number of Ireland caps to 17, also signed another new deal at Turf Moor to extend his stay until June, 2023.

Long-serving defender who has been at Turf Moor since 2010

PREVIEW | Long Ready For Next Chapter Of FA Cup 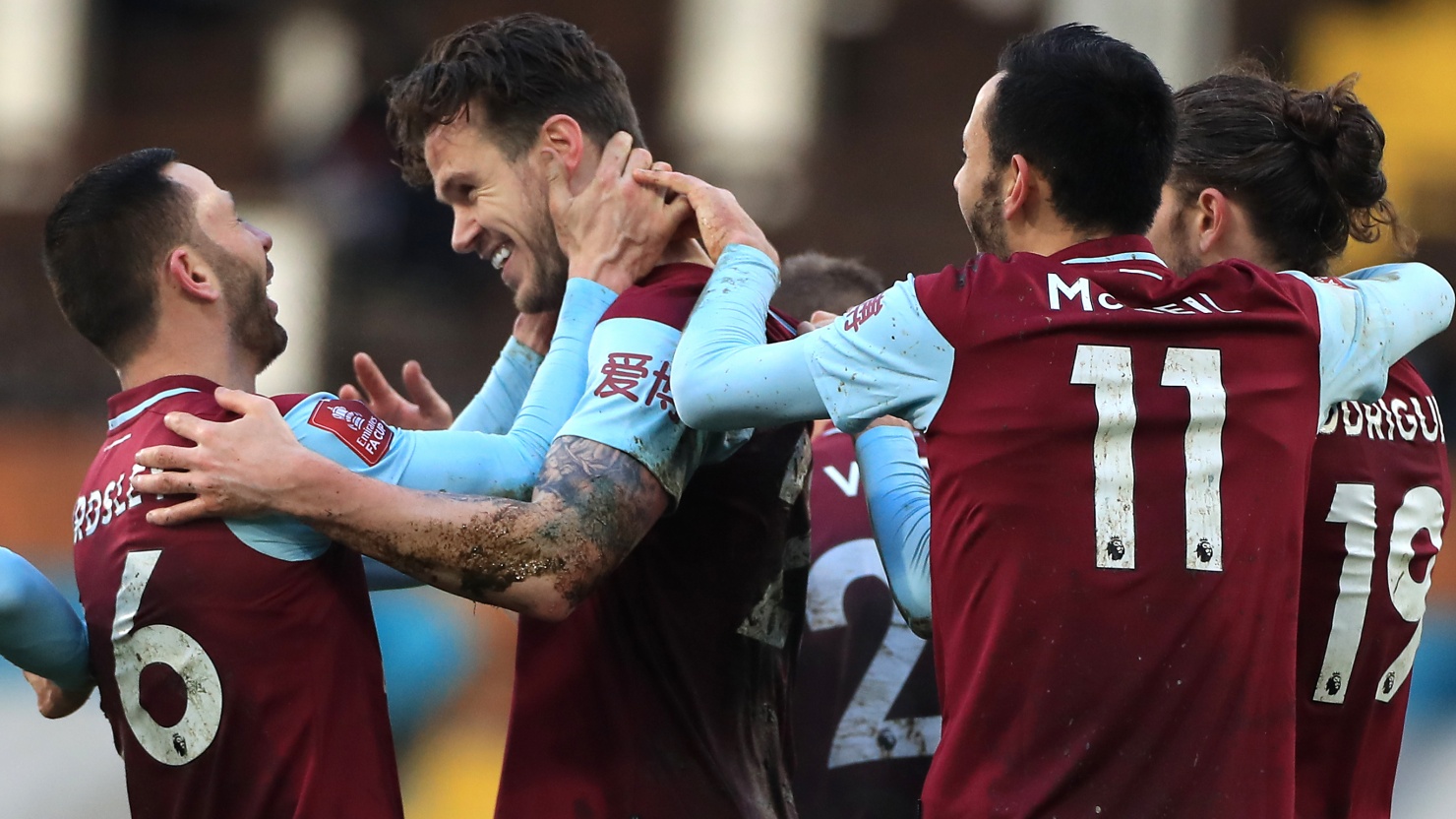 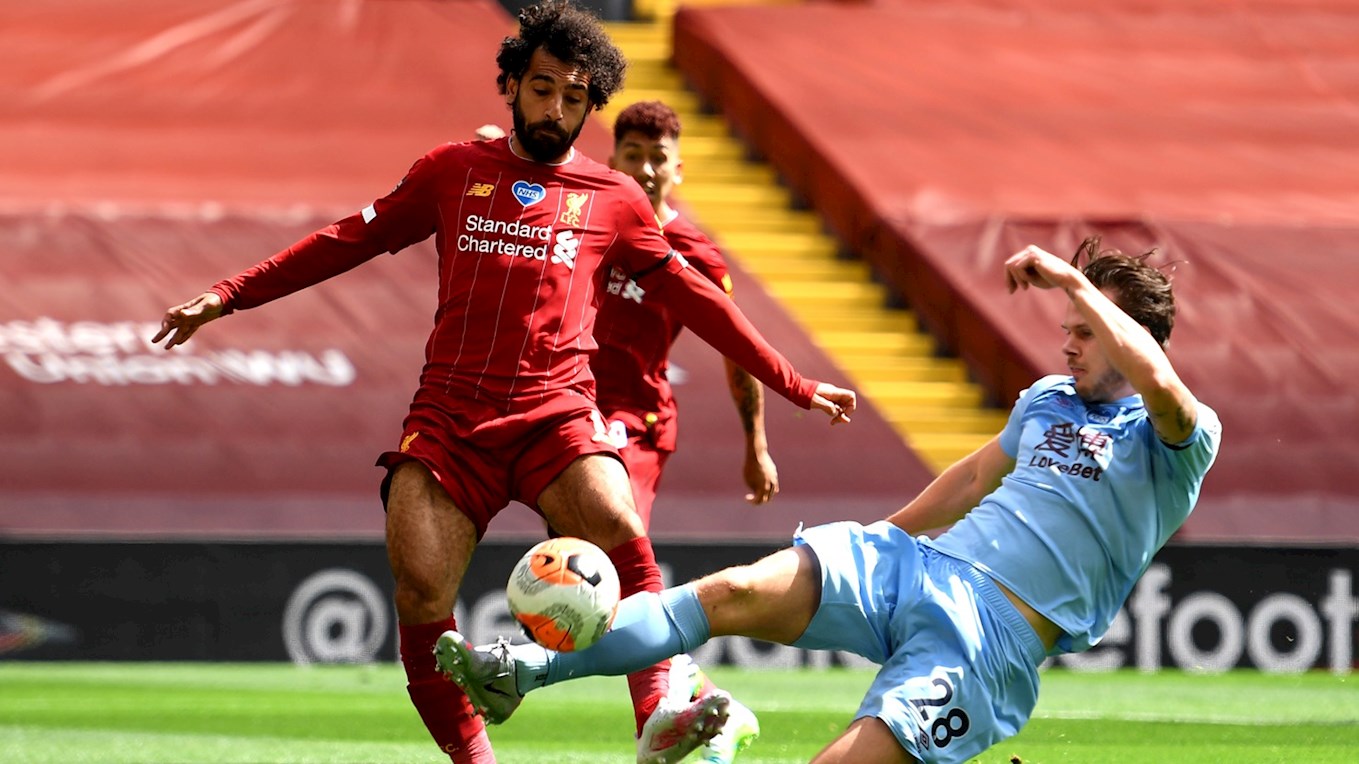 Defender getting his rewards after helping Clarets extend unbeaten run