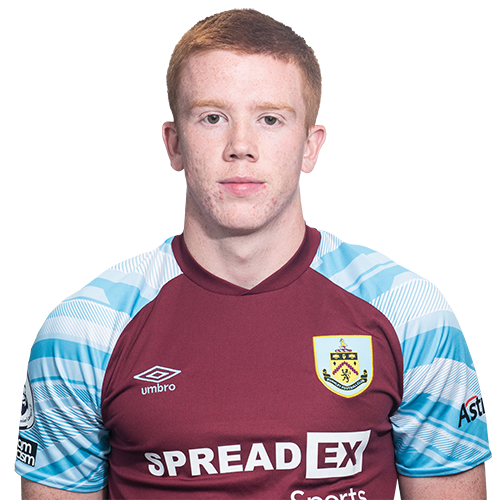 The striker then signed a two-year scholarship at the end of the 2018/19 season, after several impressive seasons in front of goal for the Clarets at U15/16 level.

The Warrington-born forward was called up to a training camp for Scotland in the 2018/19 season, alongside fellow teammate Matty Carson.

And featured again for his native country in September 2019, in a training camp in Turkey, where he scored his first international goal in a 2-0 win over Cameroon.

And the forward grabbed his first goal of the 2020/21 season in October against Everton.

McGynn then signed a third-year schoalship contract extension ahead of the 2021/22 season.