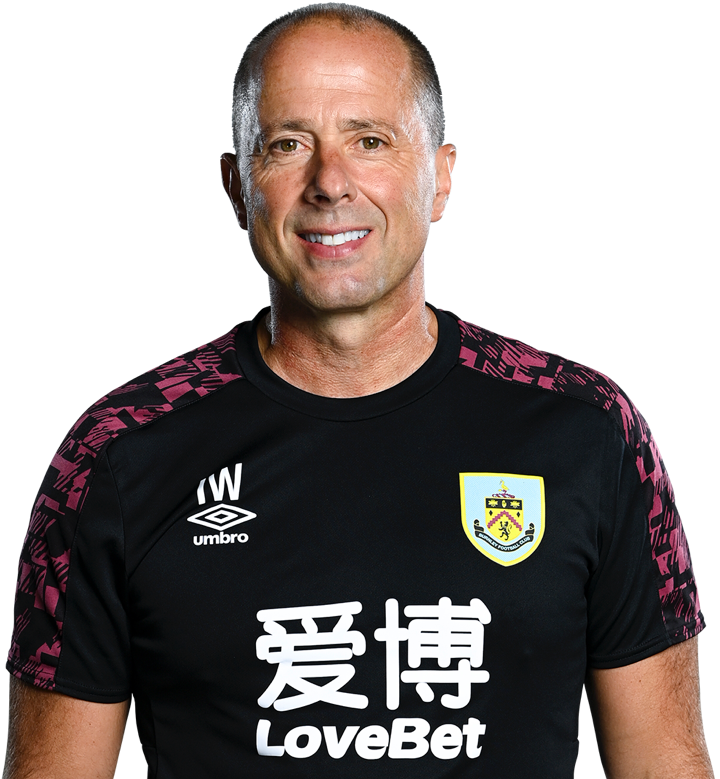 Ian Woan joined the Clarets in October, 2012 as the assistant manager to new boss Sean Dyche.

The pair, who started their playing careers at Nottingham Forest, had previously worked together at Watford.

Heswall-born Woan spent time as a young player with Manchester United and Manchester City but didn’t make the breakthrough into League football until signing for Brian Clough’s Nottingham Forest from Runcorn in 1990.

The winger went on to spend a decade at the City Ground, playing over 250 games before spells with Barnsley and Swindon Town.

Woan then played in the United States, either side of a spell back in England with Shrewsbury Town, before launching a coaching career in Swindon’s youth set-up.

After working with Rushden and Diamonds, he then returned to Forest as a youth coach before joining Portsmouth in 2007, where he went from working with the under-18s to first-team coach under former Burnley boss Steve Cotterill.

Woan then joined Watford as assistant to Dyche in June, 2011, spending 12 months at Vicarage Road before following Dyche north to Turf Moor just over a year later to continue a successful partnership which has seen the pair twice take Burnley into the Premier League.

Ian Woan joined the Clarets in October, 2012 as the assistant manager to new boss Sean Dyche.