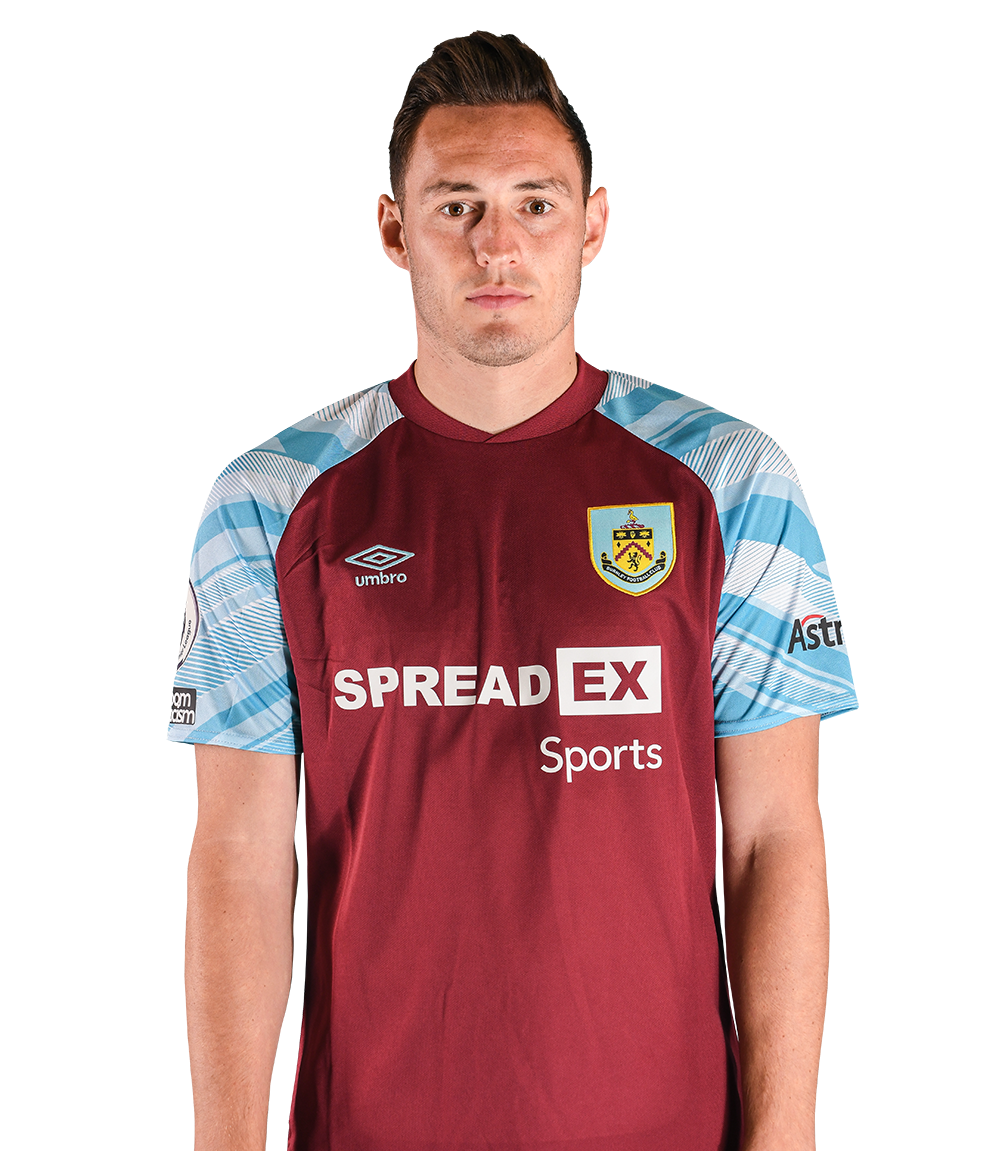 Roberts joined the Clarets on deadline day in August 2021

The Welshman emerged from Swansea’s youth system to become one of their most successful graduates of recent times and one of the stand-out performers in the Championship.

His first taste of senior football came during a loan spell at Yeovil Town, making 54 appearances for the League Two side in 2015/16 and winning five club awards, including young player of the year.

After signing a new contract with the Swans, he had further loan experience with Bristol Rovers and Middlesbrough before returning to the Liberty Stadium and making his Swansea debut in a January, 2018 FA Cup tie and helping the Welshmen reach the quarter-finals of the competition.

He twice helped Swansea reach the Championship play-offs and get as far as last season’s Wembley final against Brentford.

Roberts was an ever-present during the 2020/21 league season, scoring five Championship goals and being credited with eight assists, and became the record appearance-maker for an academy player at Swansea when he clocked up his 151st first-team game.

He earned three end-of-season awards for his performances, including the supporters’ player-of-the-year prize, to end his Swansea stay on a personal high.

Neath-born Roberts has been one of the shining lights of Welsh football in a highly successful period for his country, making debut his international debut in 2018 before helping Wales qualify for the delayed finals of Euro 2020.

His second goal at international level sealed a win over Turkey which helped Wales progress from the group stages of the tournament to reach the last 16.

Roberts joined the Clarets on deadline day in August 2021