Represent Burnley In The ePremier League

It's your chance to represent Burnley in the first ever ePremier League competition.

The deadline to register in the first ever ePremier League (ePL) is approaching for UK-based players of EA SPORTS FIFA 19.

Make sure register now to join Burnley superfan and youtuber Vizeh, along with hundreds of other Burnley fans who are now set to battle it out to become Burnley FC's representative in the national competition.

Burnley fans can seek the chance to represent their club in the inaugural tournament by going to e.premierleague.com and signing up. Entrants ust be 16 years and older.

The competition kicks off on Saturday 5 January and players will battle it out across three rounds:

By registering you will first be entered into an online round run by the Premier League and EA Sports to find the best 32 Players (16 XBox One and 16 PS4) to go through to the club playoffs.

The playoff for the Burnley contingient will be held during one evening in March at Turf Moor. Each player will recieve a commemorative gift and the winners of each platform will go onto represent Burnley FC at the ePL final in London.

Two competitors, one per platform (PlayStation 4 and Xbox One) will represent Burnley Football Club in the live final against the other 19 Premier League clubs. This final will also form part of the EA SPORTS FIFA 19 Global Series.

All kit, travel and accomodation for the competitors in the ePL final will be provided for.

All 20 Premier League clubs are represented in the tournament and will be calling on their fans to compete on their behalf.

The ePL final will be broadcast live on Sky Sports and Premier League social media channels.

Players have until 23:59 GMT on Friday 4 January 2019 to register at e.premierleague.com.

The ePremier League is open to UK residents aged 16 and above.

How the ePL will unfold 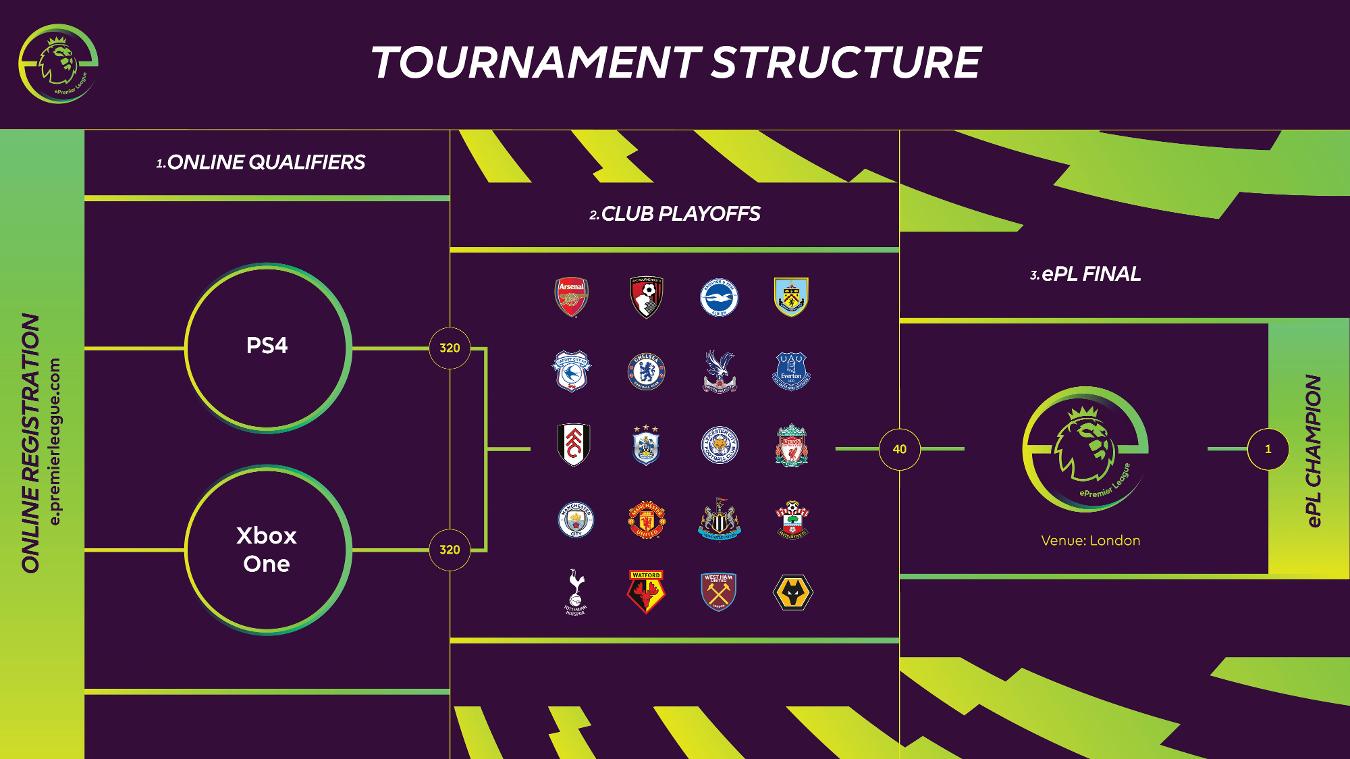