Steve Stone's side bounced back to take a huge step closer to securing a possible PL2 play-off spot with a vital win at Reading.

A brace from top scorer Max Thompson was enough to seal a first victory in three games as the Clarets kept a bit of daylight in third place in the Second Division table.

The chasing teams still have games in hand but also have a number of fixtures to play against each other which could keep the Clarets' hopes alive going into their final fixture at champions-elect Leeds on May Day Bank Holiday Monday.

There were four changes to the Burnley side that started Monday's draw with Norwich as Marcel Elva-Fontaine came into the back four to face his former club in front of goalkeeper Lewis Thomas.

Rob Harker and Dara Costelloe, who grabbed the Clarets' equaliser against the Canaries, also came in, with Lewis Richardson and Josh Benson training with the first team.

Reading - still chasing the possibility of a top-fibe finish and a play-off slot of their own - had two early efforts disallowed for off-side and went close again as defender Richard Nartey's clearing header narrowly missed the goal.

But Stone's men dug in and just before the break got the opener when Anthony Glennon's low cross into the area found Thompson, who placed a shot coolly into the bottom corner to give the visitors the lead. 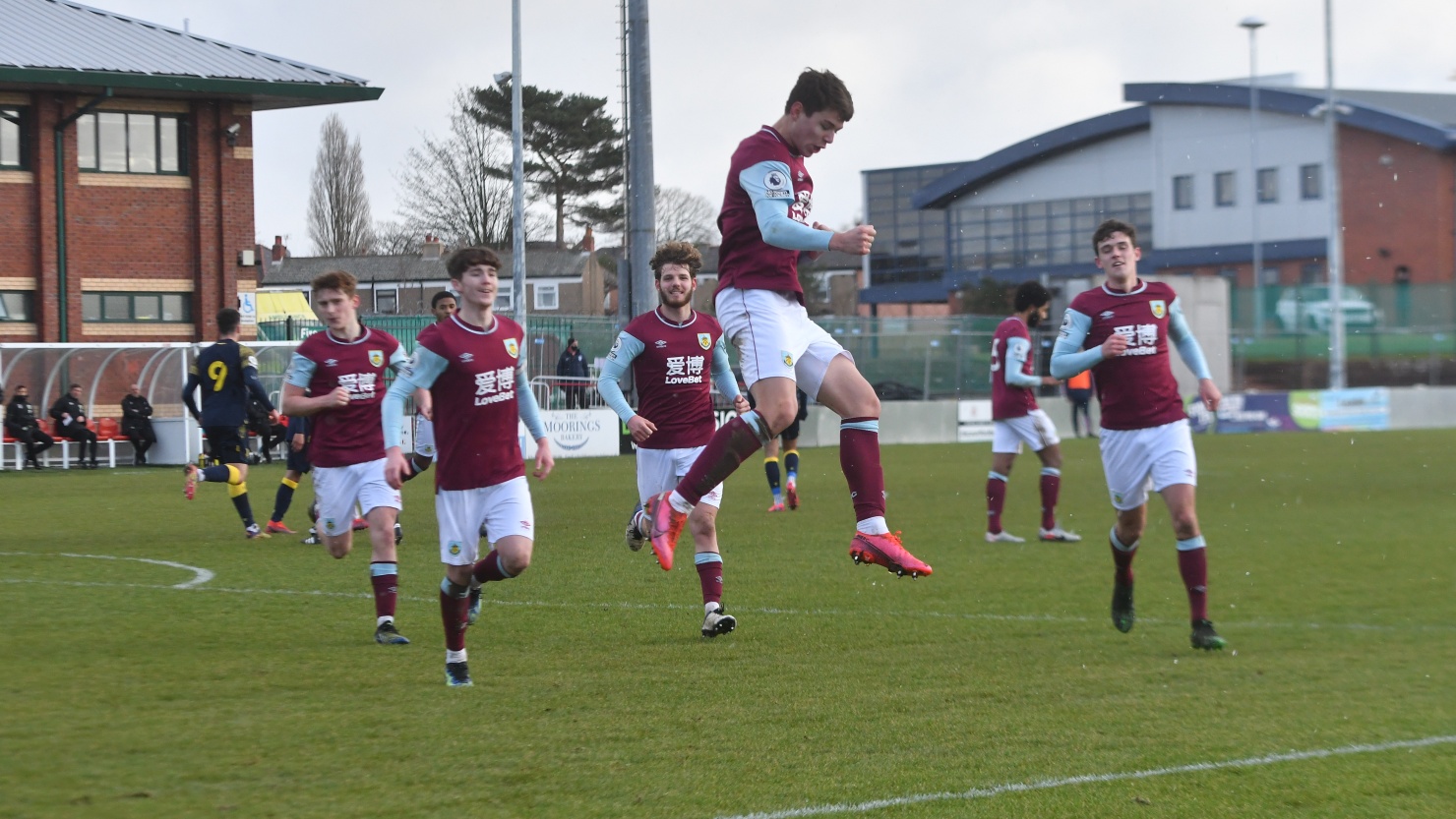 The hosts looked to hit back early in the second half and came close to an equaliser with 10 minutes gone as Imari Samuels broke down the left before picking out Jayden Onen, whose effort was saved by Thomas.

The Royals had another opportunity shortly after as Tennai Watson's cross found Femi Azeez umarked in the box but the forward couldn't make a telling contact.

The Reading striker then headed into the side-netting in a tense finish.

But the Clarets - responding to Stone's urgings to finish an impressive season on a high - settled the nerves in stoppage time when Thompson struck again, firing past Coniah Boyce-Clarke to get into double figures for the season.