Young Clarets secure progression in cup with win against Fleetwood

Tony Philliskirk’s youth team progressed into the quarter-finals of the Lancashire FA Professional Youth Cup with a 3-0 victory over Fleetwood Town U18’s at the County Ground in Leyland.

An early opening goal from Joe Bauress was followed up in the second half by Michael Mellon’s header and Sean Etaluku’s strike to make it a comfortable evening for the young Clarets.

Burnley were strong from the off and it took just three minutes for their dominance to have an impact on the scoreline.

Midfielder Bauress was first to react as the ball dropped in the box from a set piece and fired into the back of the net on the half volley to give his side the lead.

U18’s squad member Ryan Tioffo kept his place in the side after a good performance in defeat to Leeds United last weekend, and almost doubled the Clarets’ advantage with an acrobatic effort which was eventually well held by Fleetwood goalkeeper Connor Eastham.

Defender Benn Ward also glanced the ball just wide having found space in the area from another set piece before the first half was over, with Philliskirk’s side heading into the break 1-0 to the good.

Etaluku was brought on as a half time substitute, replacing Dane McCullough, and would go on to make his mark on the game but not before teammate Michael Mellon could do the same.

Having featured frequently for the U23’s of late, Mellon went close with a powerful strike at goal saved by Eastham before adding his side’s second of the night just after the hour mark. 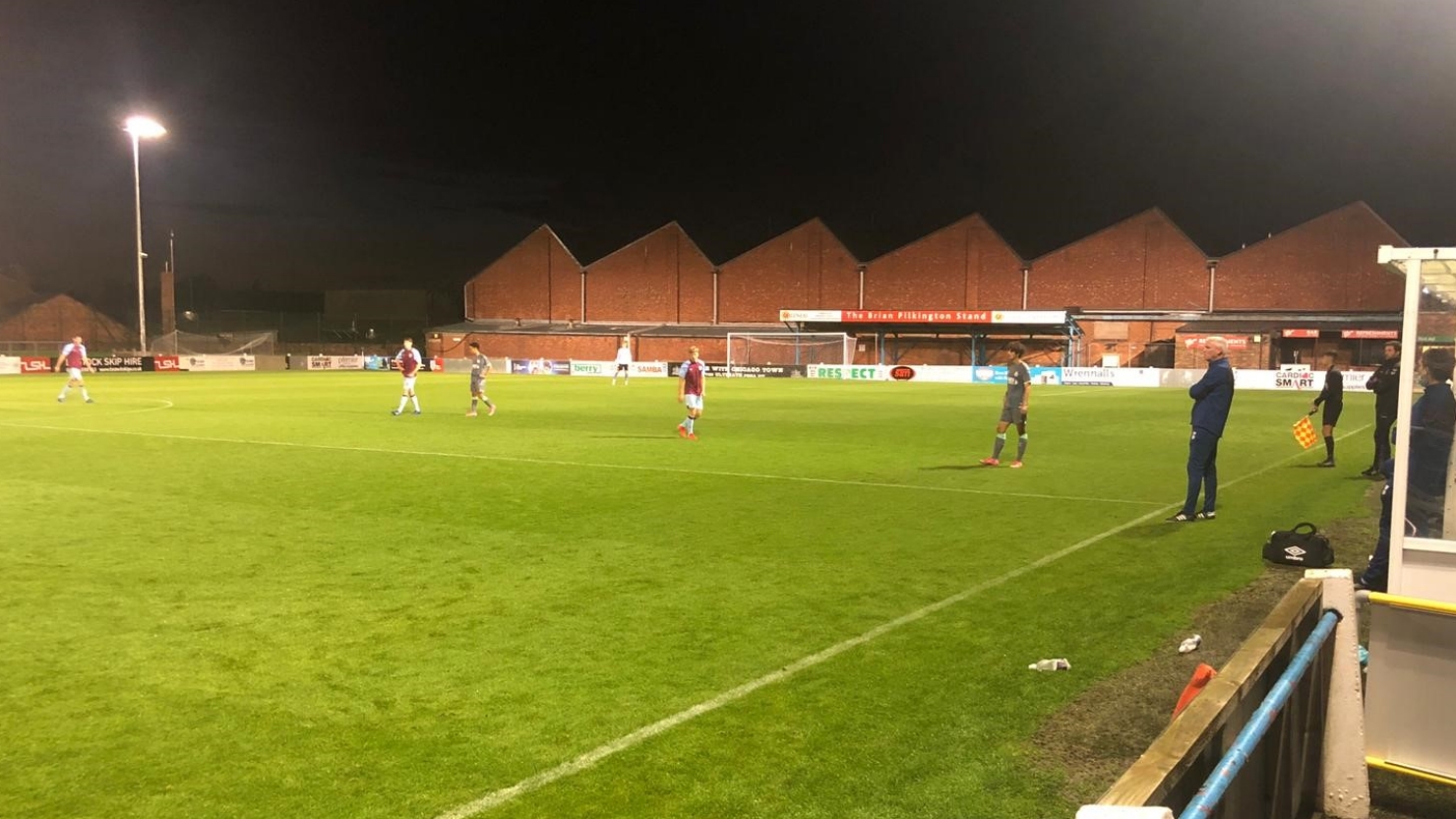 The striker rose highest at the back post to convert a deep floated corner, and in doing so provided Burnley with the cushion that they had pushed for since opening the scoring.

It wasn’t long before the Clarets put the game beyond Fleetwood for good either. Half time change Etaluku cut in from the right wing and took aim at goal, seeing the ball fly into the back of the net with the aid of a deflection.

Mellon almost doubled his own tally for the evening in spectacular fashion soon after as his long-range effort flew narrowly over the crossbar, but in the end, Burnley had to settle for a 3-0 scoreline.

That – clean sheet included – was sealed with a good piece of goalkeeping from Clarets’ shot stopper Sam Waller who has also featured for the U23’s already this campaign.

Having not been troubled all night, Fleetwood’s Pharrell Brown broke through on goal five minutes before the end, but Waller closed the attacker down and blocked his shot to keep the winning margin to three.

Post-match, U18’s manager Philliskirk was pleased with the youth team’s performance and admitted that he tasked his side with a different style of play ahead of the game.

“We threw a curve ball yesterday and asked the lads to play a different way, changing the system totally. We did some work on it yesterday and this afternoon in training prior to the game then after the first five minutes here getting used to it, I thought that they did really well.

“The three lads at the back looked strong and that gave us the option of playing out from the back to hit the big switch of play which we did very successfully a lot of the time and beat their high press.

“I talked at half time about not being ruthless enough. In the first half, it was like a mirror image of Saturdays game against Leeds, and it was one of those games tonight where we’re 1-0 up and so dominant but anything can happen.

“Once the second goal went in from Michael, it deflated them. He’s been with the U23’s but having him back gave us a different dimension up top. Sean’s come on to get a smashing third, so it was comfortable in the end and great to get our first clean sheet of the season too.

“All credit to Fleetwood, they kept going until the end and had a young team out tonight, but you have to beat what’s in front of you and we did that. In cup competitions, it’s all about getting your name into the hat for the next round and positively, we’re through. I’m really pleased for the boys.”