Tony Philliskirk’s youth team netted two second half equalisers – with one coming in the last minute of the game – to earn a point against Manchester United at Gawthorpe in the U18 Northern Premier League.

On their return to action after the international break, the young Clarets fell behind before Kade Ratchford first equalised midway through the second period while midfielder Joe Bauress popped up with a 90th minute goal after the visitors had regained their lead.

It was a quiet start to the contest at the training ground, with United enjoying much of the ball without causing Burnley any real issues. Philliskirk’s side defended resolutely in the early stages and looked to hit the visitors on the counter-attack with Bauress going close on the half-hour mark.

The young Clarets were then forced into an early change which seemed to disrupt their flow as Keelan Williams left the field and was replaced by Jacson Coppack to fill in the vacated full back role.

Travis Binnion’s United side rallied and found the opening goal five minutes before the end of the first half as Jack Moorehouse’s shot inside the Burnley box flew into the back of the net. 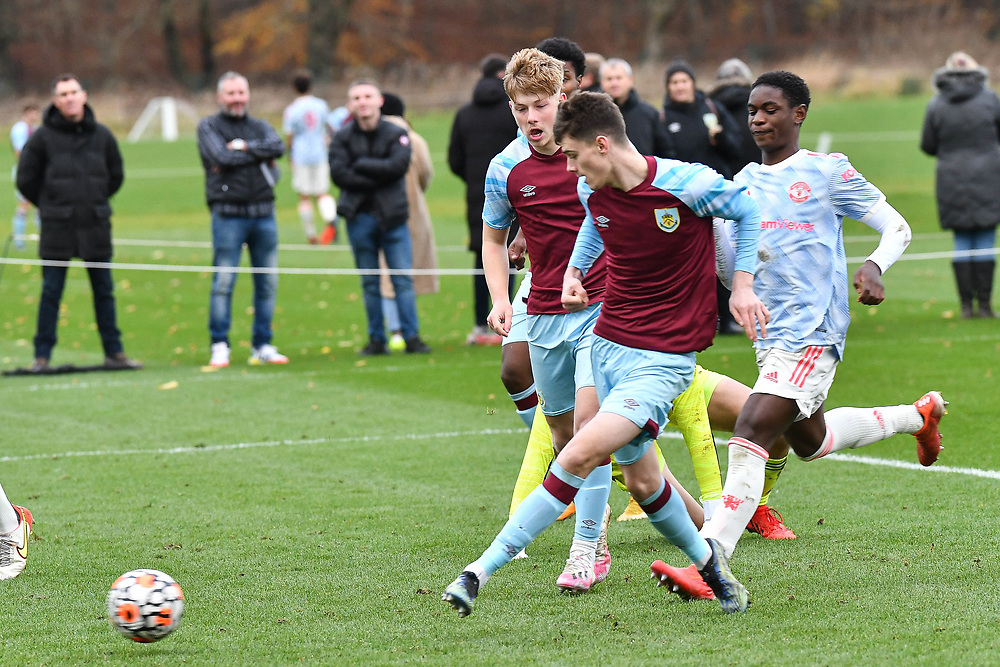 Burnley were then forced into their second change of the game deep into time added on at the end of the opening 45 when Tremaine Eastmond was unable to continue, replaced by Trevon Bryan.

After the restart, the Clarets came out firing and took just four minutes to get the equaliser that they were pushing for as Kade Ratchford netted against his former club.

Teammate George Walters broke the United defensive line and when his shot was palmed away by goalkeeper Radek Vitek, there was Ratchford to tap home into an empty net.

Burnley then enjoyed a spell in the ascendancy and built pressure around the opposition box but couldn’t make it tell, allowing the visitors to grow back into the game and ultimately paying the price for doing so.

Captain Dan Sassi cleared an effort off the line from under his own crossbar but could do nothing to prevent United’s second goal soon after as a Manni Norkett cross evaded everyone and ended up in the back of the Burnley net with just over ten minutes remaining.

And in response to conceding, Philliskirk opted to bring on Wiktor Gromek from the bench. Usually a holding midfielder, the young Polish international came on up front and that change almost paid off instantly. 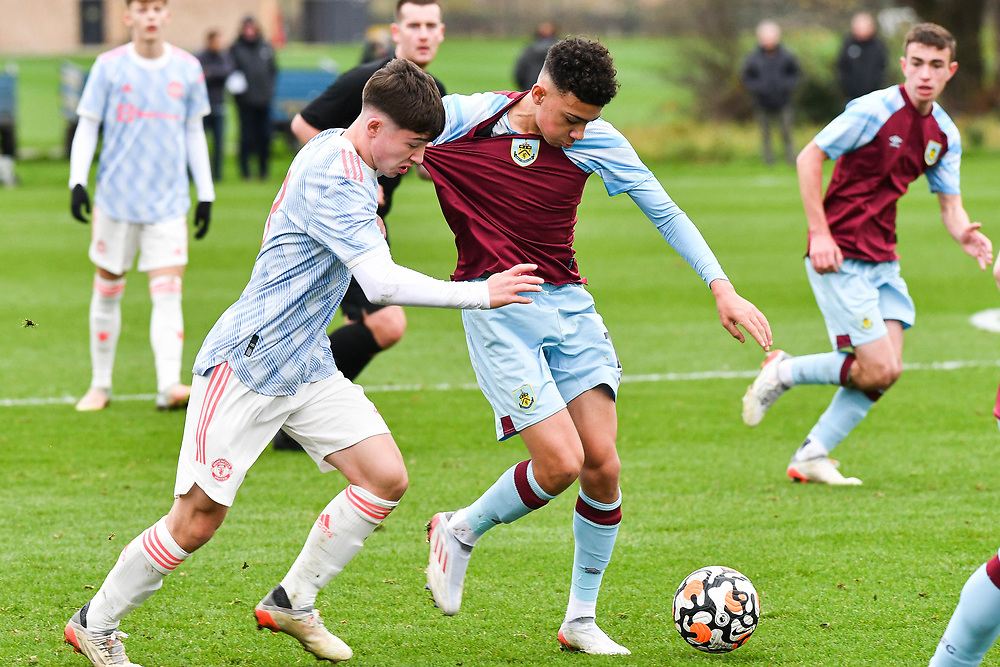 Gromek fired a lopping effort at goal from range which looked destined to beat ‘keeper Vitek, but the United man did well to tip it over the bar acrobatically. Similarly, the shot stopper came out on top a few moments later when Gromek tried his luck with a low drive at goal.

However, the young Clarets weren’t going to give in and eventually, their pressure told with a last-minute equaliser to salvage a much-deserved point against a side unbeaten in six league games prior to their trip to Gawthorpe.

Once again, Ratchford was involved in the goal against his former club, whipping a free kick into the area which Bauress met from a few yards out and guided into the back of the net on the volley.

In the last action of the game, four minutes into added time, defender Sassi looked to have been kicked in the head by a United man in the area but claims for a penalty were waved away by referee William Cavanagh, so Burnley were made to settle for a point.