Three Is A Magic Number

This instalment features shirt number-three, the property of Charlie Taylor since his arrival from Leeds United in 2017

The first wearer of Burnley’s number-three shirt under the squad number system held the shirt for three seasons with some distinction.

That was Mitchell Thomas, who considering he was almost 35 years old when he became a Claret, was one of Stan Ternent’s most inspired signings.

Thomas’ professional career began with his hometown club Luton Town and he was a key member of their side during the most successful period of their history as a top-flight club during the 1980s. 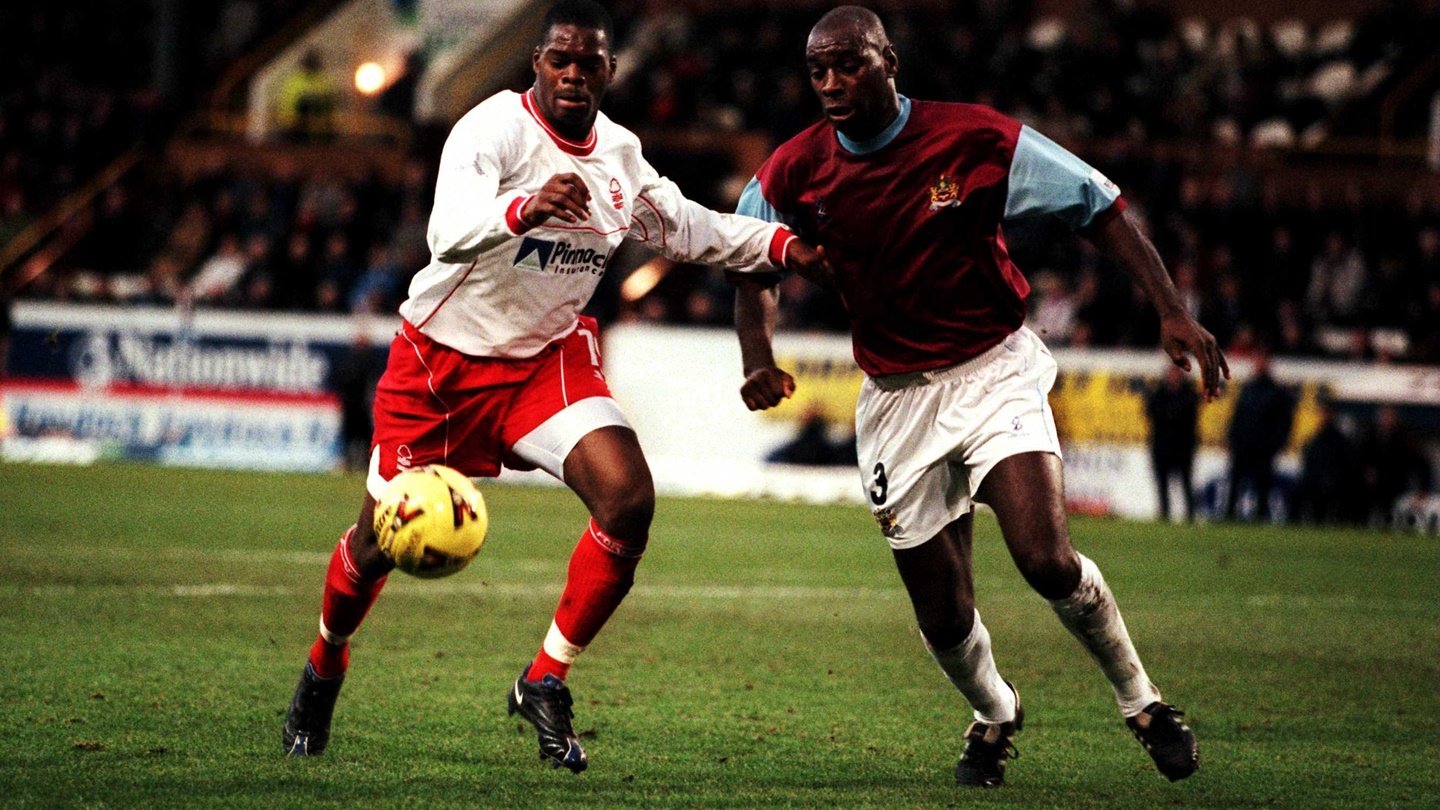 He won England Under-21 caps while at Kenilworth Road before following manager David Pleat to Tottenham in 1986 and going on to appear in the FA Cup final the following year, when Spurs were beaten by Coventry.

Following five successful years at White Hart Lane, Thomas moved to West Ham and then, with his career seemingly in decline, back to Luton. It was from there that he joined Burnley in 1999, and the central defensive unit he formed alongside Steve Davis, a former team-mate at Kenilworth Road, proved a vital ingredient in the Clarets’ promotion success in 2000.

That promotion season to what is now the Championship included the Valentine’s Day signing of Ian Wright, which was reputedly clinched partly through his friendship with Thomas.

The following two seasons both saw Burnley narrowly miss out on the play-offs and Thomas’ contribution was as great as ever until injury finally curtailed his days as a first-team regular.

A fine defender, commanding at the back, his experience proved a great asset to the Clarets during the best days of Ternent’s reign as manager.

Since retiring as a player in 2002, as an agent Thomas has played a part in several transfers, including that of his friend’s son Shaun-Wright Phillips to Chelsea.

In his two seasons with Burnley, Mo Camara missed only two League games and became something of a cult figure with the supporters.

A native of Guinea, for whom he won 38 full caps, his first English club was Wolves where his three-year spell ended with a season-long injury as the Old Gold were promoted to the Premier League. 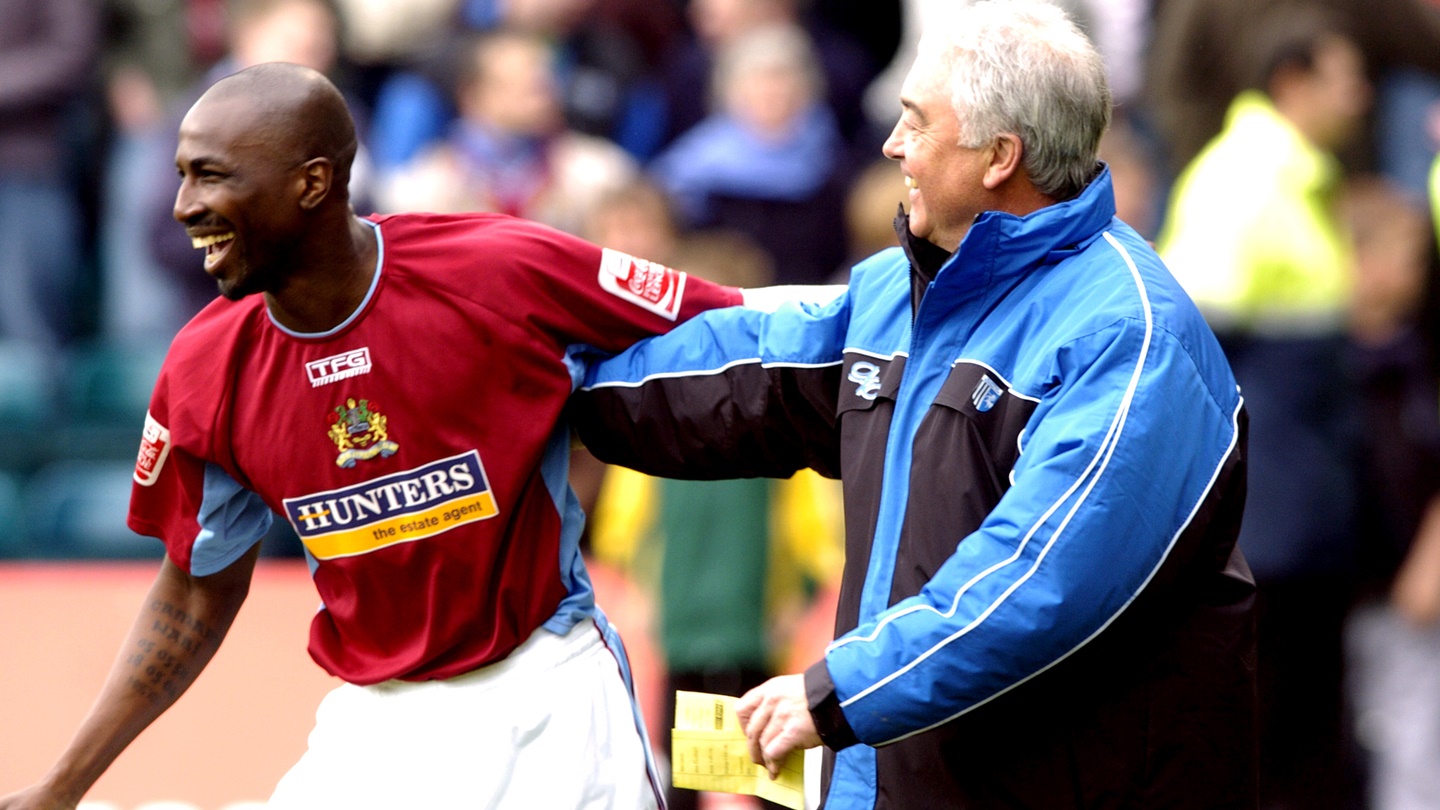 His first season at Turf Moor was the last for Stan Ternent as manager and the arrival of Steve Cotterill as manager coincided with numerous man of the match awards for Camara as he impressed both at the back and further forward.

Despite his popularity at the Turf, it came as something of a surprise when his next move was to Celtic. His one season at Parkhead ended in winning the Scottish League title, although his contribution was largely confined to the first half of the season before he lost his place to future Claret Ross Wallace.

At his next club, Derby County, he was part of the side that won promotion to the Premier League in 2007 but barely featured in the Rams’ spectacularly poor season at the top level that followed.

Further moves – as far apart as St Mirren and Torquay United – followed before Camara’s playing career ended in 2010, at the age of 35, having arguably enjoyed his most consistent success during his two years at Turf Moor.

He later moved back to Wolverhampton where he opened a wine bar in 2017.

Burnley was Christian Kalvenes’ only English club, most of his earlier and subsequent career being spent in his native Norway.

He joined the Clarets following two seasons with Dundee United where he appeared in the Scottish League Cup final of 2008, when United were beaten on penalties by Rangers. 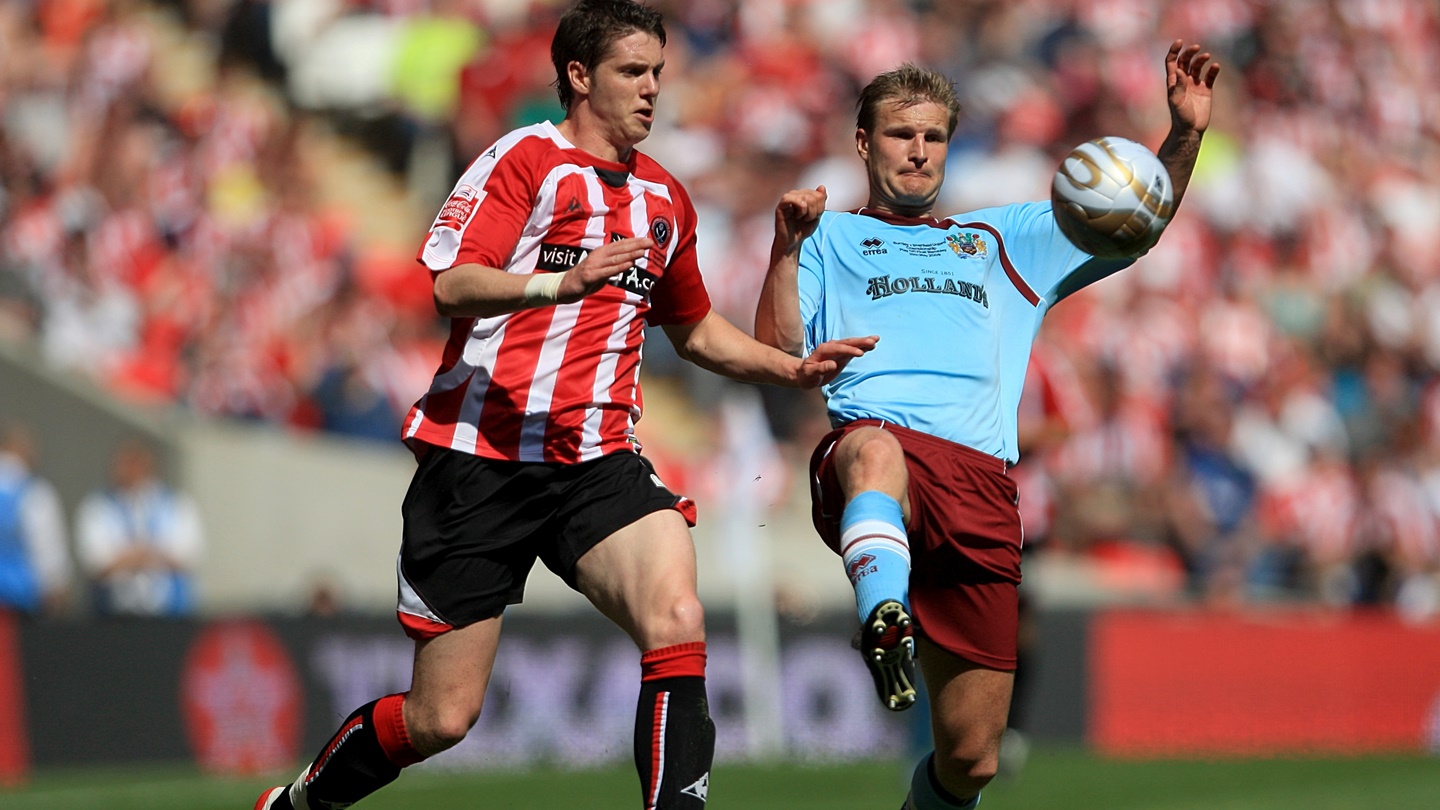 Kalvenes was voted the best left-back in the Scottish League at the end of that season.

Owen Coyle brought him to Burnley and in 2008/09 he vied with Stephen Jordan for the left-back role, filling the position for the end-of season play-offs and appearing in the Wembley final when victory over Sheffield United took the Clarets up to the Premier League for the first time.

A defender who liked to attack, Kalvenes scored his only Burnley goal on a memorably foul evening at Blackpool to secure a vital victory for the side in its pursuit of a play-off place.

In the Premier League season, competition from Jordan and Danny Fox restricted his chances, and he left Turf Moor by mutual consent before the season’s end in April 2010.

He returned to his first club, Brann of Bergen, and played while also pursuing his academic studies, which culminated in a Master of Business Administration degree.

Since his retirement from football in 2012, he has worked as a marketing manager for virtual network operator Chess Communications and is active in the campaign against bullying in Norwegian schools.