Pieters: That Was Crazy

Erik Pieters admitted it had been a ‘crazy’ half-hour as he helped the Clarets earn another crucial point from a 1-1 draw with Arsenal.

Pieters came off the bench with just over an hour gone as a replacement for the injured Charlie Taylor.

And the Dutchman was the centre of attention as he survived one handball shout in the box, nearly scored a screamer and was then shown a red card which was rescinded when VAR overturned the decision to send him off and award Arsenal a spot-kick.

“It was the best one (half-hour) of my career, I think!” laughed Pieters afterwards. 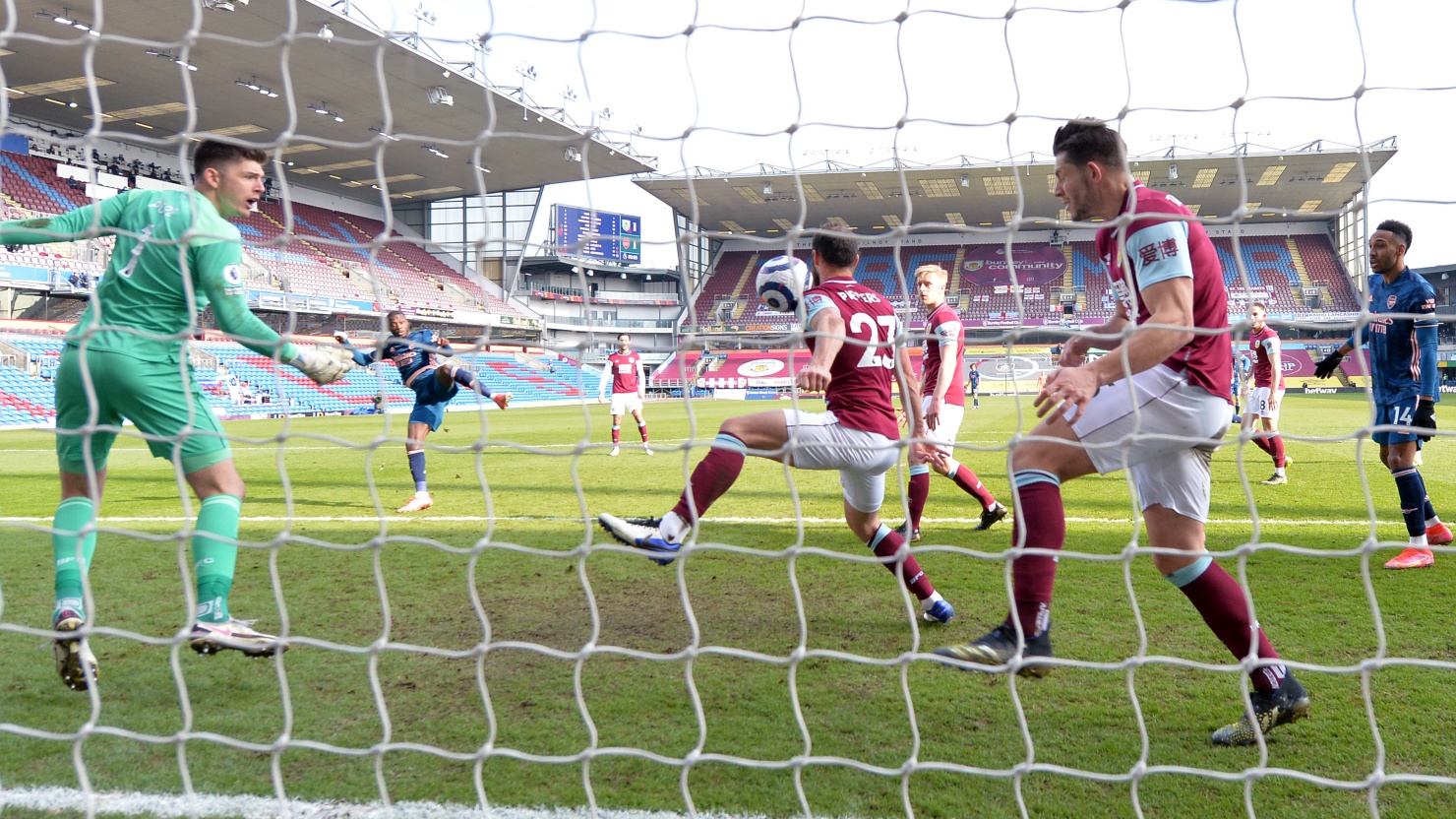 “It was crazy. I had a yellow card, a red card and almost scored a goal. So, everything was in there wasn’t it?”

Pieters and Chris Wood - who had earlier cancelled out Pierre-Emerick Aubameyang's early opener - were both denied by excellent saves from Arsenal keeper Bernd Leno within a matter of moments as the Clarets pressed for a winner at Turf Moor.

But Arsenal then countered and thought they had the chance to claim all three points when a shot from Pepe was brilliantly blocked in front of goal by Pieters with five minutes to go.

Referee Andre Marriner showed the Clarets’ substitute a red card before VAR’s intervention saw him stay on the pitch to play his part in a dramatic late rearguard action.

“I still felt the burn after I blocked the shot on my shoulder. If the shoulder isn’t handball, I was sure I would stay on the pitch,” Pieters said. 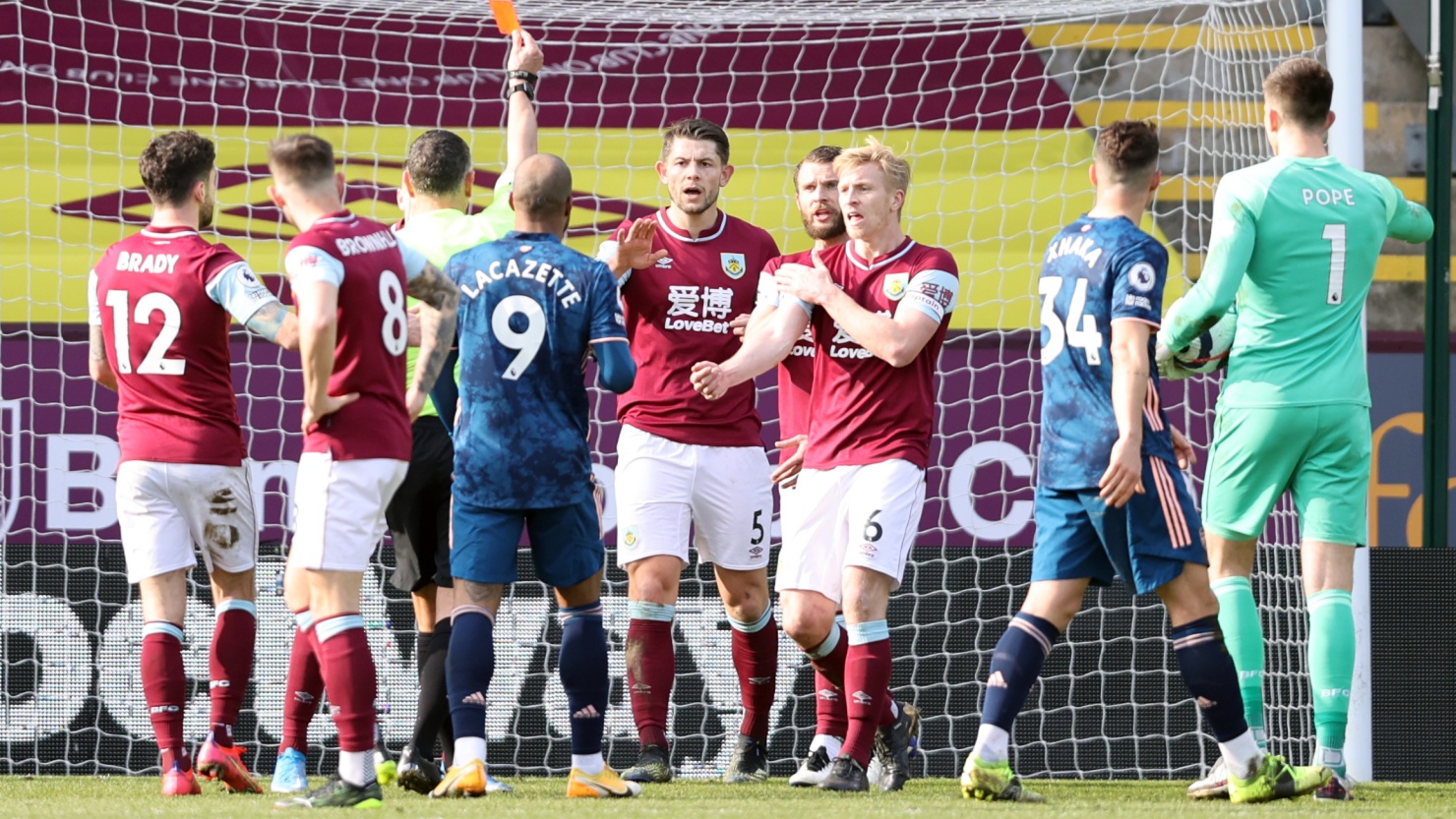 “To be honest I was pretty sure to stay on and continue the game.

“He (the referee) was really quick to give me a red card, which I understand because it’s his first reaction.

“But after VAR it was clearly a shoulder. VAR has had a bit of stick here and there but sometimes they can make the right decision as well.”

The Gunners still had time to hit a post in the dying moments, while the Clarets defended magnificently to keep the visitors out and secure a history-making fifth successive home league draw in the top-flight to take them to 30 points – seven clear of the bottom three. 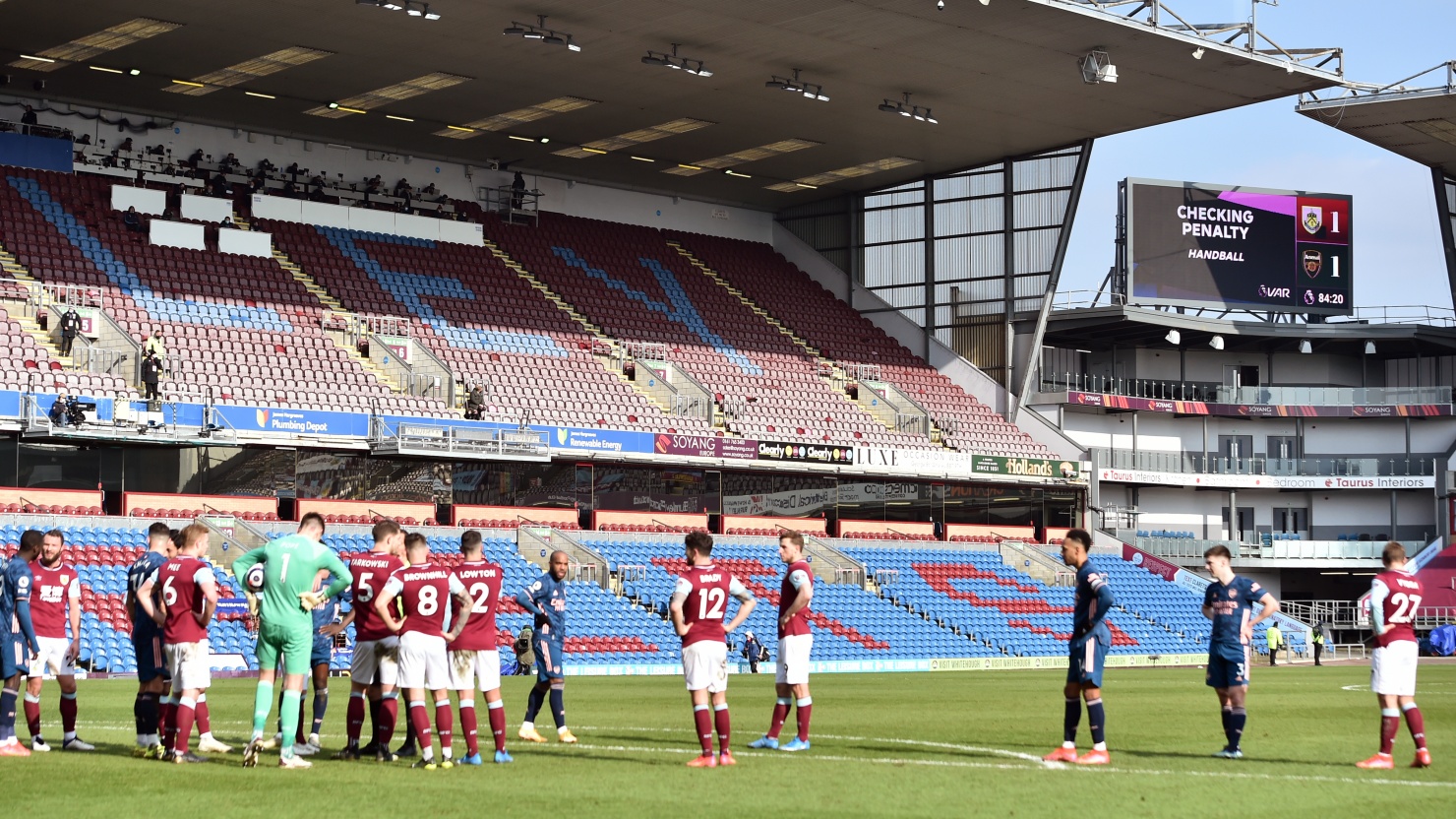 “We are working really hard all together and every point counts,” added Pieters.

“Especially at the end, everyone is going for the block and making sure we are going to keep the point.

“That’s what we do and that’s the strength of our team and our club. It’s a really good thing to see – everyone going the same way.

“It would be nice to have a win but if you can’t win, at least you take a point.

“Reaching that 30 is good but there are still 10 games to go so we will continue doing what we do best and stick together, work hard together, the results will come and we’re going to have a good end of the season.”