Stone: The Lads Gave Everything

Steve Stone felt his players gave everything to keep their play-off hopes alive before the Under-23s saw their promotion hopes all but extinguished by defeat to league champions Leeds.

A 5-2 loss at United’s Thorp Arch training ground coupled with Sunderland taking a point at Stoke City on Monday night means the Clarets have dropped out of the top five of PL2’s second tier.

It would take a heavy defeat for Sunderland in their last game – also against Stoke – plus other results to go their way for the Clarets to sneak back into a play-off place with all their fixtures completed.

But it might have been a different story had Burnley managed to take a point at Leeds, where they twice threatened a second-half fightback with goals from Anthony Gomez-Mancini and Max Thompson twice getting the Clarets to within one goal of the run-away league leaders. 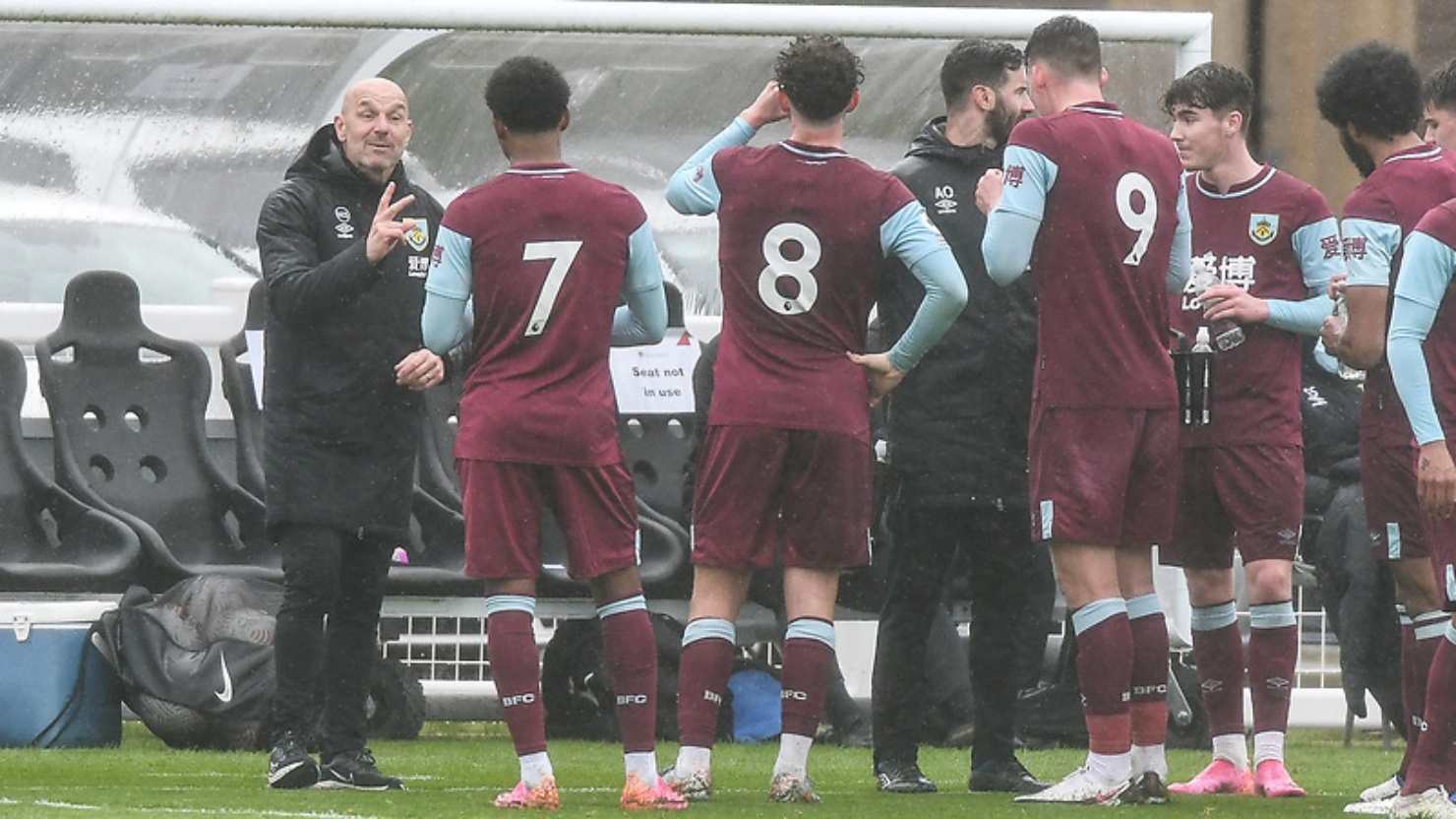 “I told them I was really proud of how they went about the game and how they approached it,” said Stone.

“As a coach I can’t ask for any more than that and I told them that afterwards. Even at 5-2 down they created a couple of good chances from running hard and working hard and doing all the things we asked them to do.

“They had a good go from start to finish and dominated large parts of the game.

“We created lots of half-decent chances throughout and their goalkeeper made some good saves but then key moments in the game go the other way.

“I was really disappointed from losing a couple of second-balls in the middle of the park, a couple of lay-offs, a couple of tackles lost and they’re the detail of the game.

“The detail is the next level and they are the next level because of the first-teamers they have in their team and we have to understand that’s what we need to do. 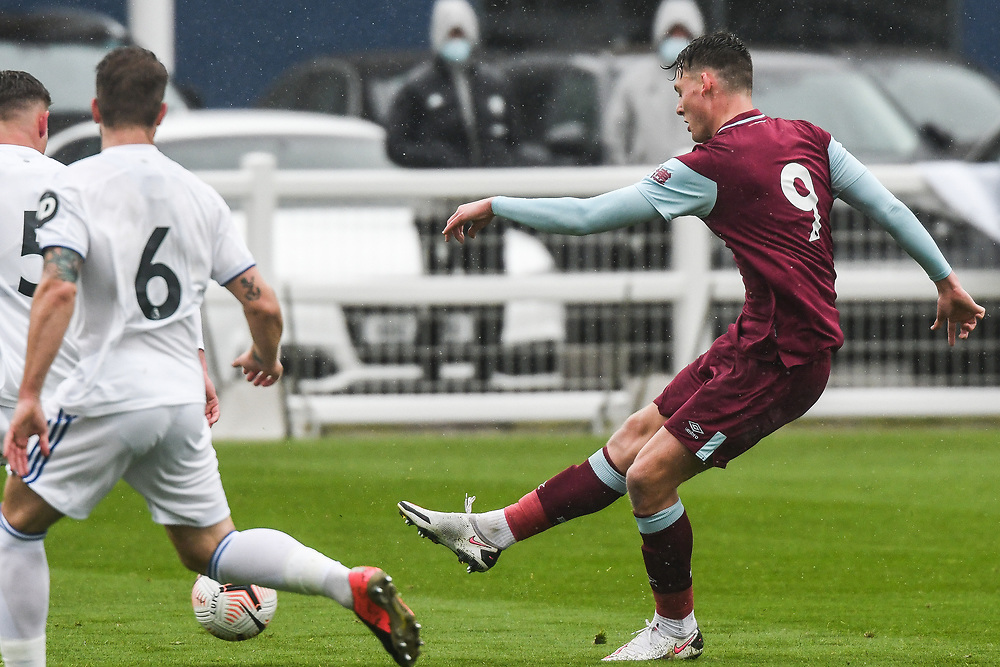 “The basics of the game have to be done and while in the main we did that, in a couple of key moments we didn’t and that’s when the game changed.

“The goalkeeper caused himself a few problems and will look at that as a day he’ll want to forget. But that’s where he’s got to learn and step up.”

Clarets’ keeper Marc Richters was beaten four times in the second half, including once from the spot after bringing down flying wingman Crysencio Summerville.

The Dutchman was one of half-a-dozen players in the Leeds’ squad with first-team experience either at Elland Road or elsewhere.

The Yorkshiremen have run away with the title, while the Clarets will be left to reflect on an impressive first season at this level with the play-offs just beyond them despite goals from Anthony Gomez-Mancini and Max Thompson which briefly promised to extend their campaign. 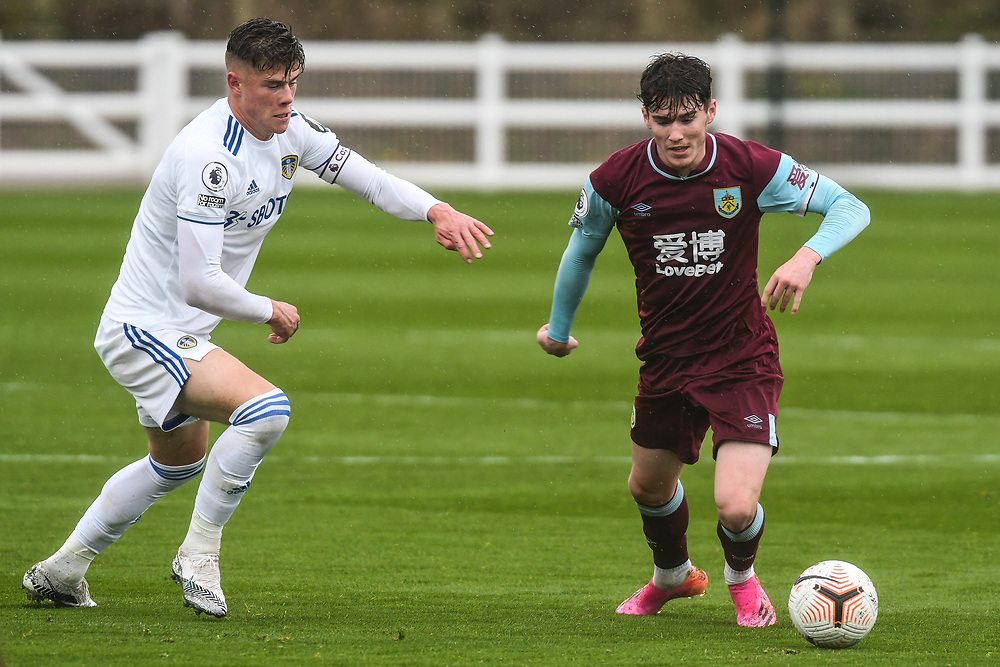 “Leeds have got some really good players, technical players who can handle the ball with good movement,” added U23s’ boss Stone.

“I knew that before the game, but I also knew we were creating large amounts of pressure which was causing them lots of problems at the top end of the pitch with Rob (Harker) and Lewis (Richardson) and being backed up by Josh Benson and Anthony Gomez in the middle of the park, who I thought were excellent.

“The team did what it was supposed to do, apart from in those key moments.

“When you get back to 2-1 and 3-2 you have to hold those scorelines for 10 minutes. You can’t give goals away like we did at those moments.

“It’s a killer for the team. The momentum was in our favour so many times and to lose it like we did is the most disappointing thing – not the performance and not the way the way they went about their job and not their attitude.

“It’s in the manner of how you concede goals five or six minutes after scoring.

“Momentum is key in football and we had it for many periods in that game, but it just kept swinging.”