Ashley Barnes hailed a special night as the 100th goal of his senior career gave the Clarets an historic win at Anfield.

Barnes reached his century in league and cup football with the 83rd-minute penalty which gave Burnley a first win at Liverpool since 1974 and ended the champions’ unbeaten home league run at 68 games.

“It’s a special one. To get my 100th goal at a place like this is special,” said Barnes, who picked himself up after being fouled by Liverpool goalkeeper Alisson to become the Clarets’ first match-winner at Anfield since Ian Brennan in September, 1974. 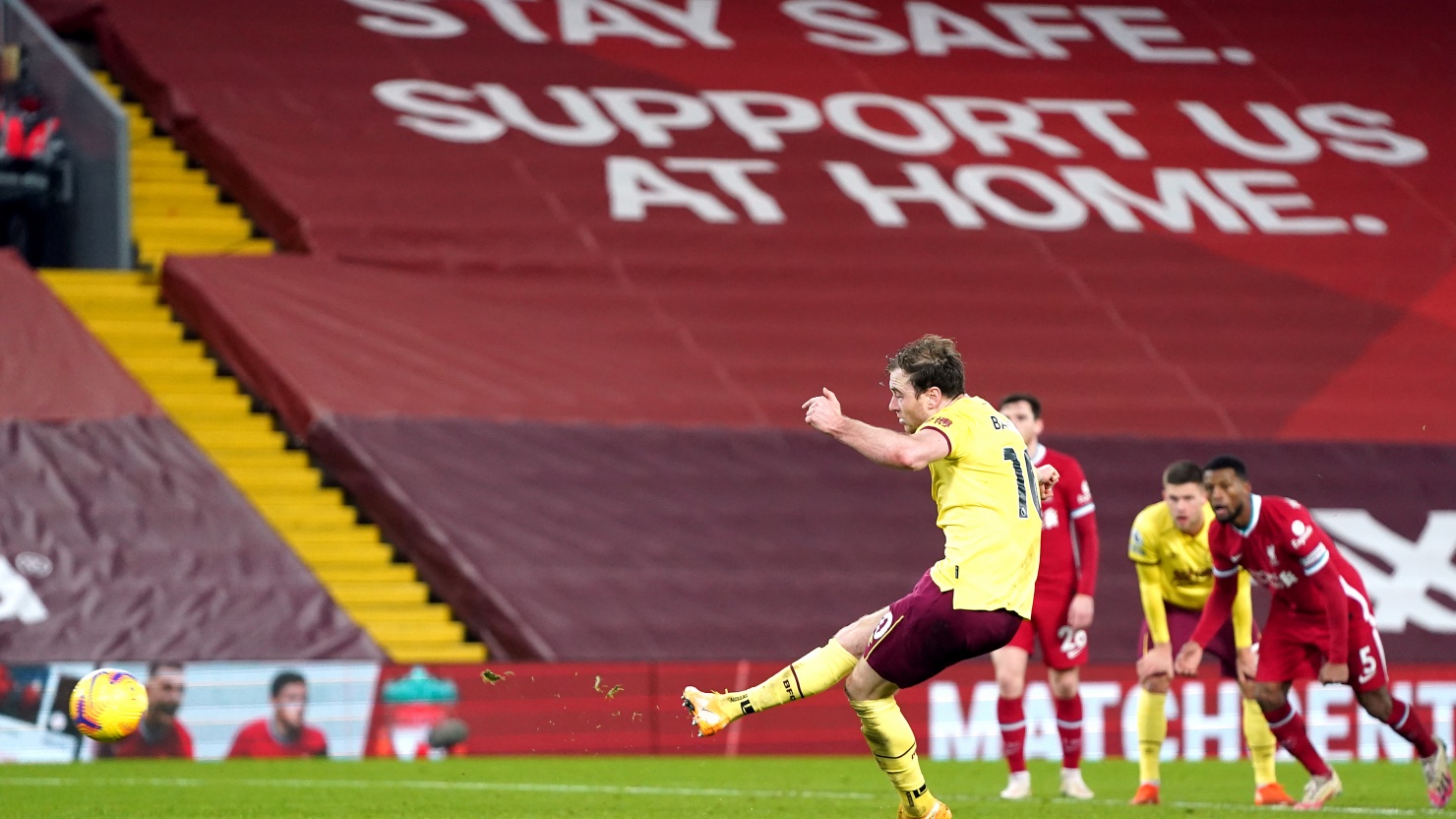 “It should have been here a long time ago. I’m disappointed not to have got it sooner but as a striker you’ve always got to be confident in front of goal and luckily enough it’s paid off tonight.

“I’m always going to back myself to score. Before I picked up the ball I knew where I was going to put it and it went exactly where I wanted it.

“It’s a big achievement to get to 100 goals but more importantly we came here and did the job and got the three points.

“Their record here speaks for itself and to come to the champions and do that is something special.”

Barnes’ second goal of the season lifted the Clarets seven points clear of the Premier League relegation zone and level on points with 15th-placed Newcastle.

A second away win of the campaign followed a first ever Premier League win at Arsenal last month.

And once again Sean Dyche’s men showed they can mix it with the best with a magnificent performance full of character and desire built around a brilliant defensive display which brought goalkeeper Nick Pope – who is yet to taste defeat in three trips to Anfield – a seventh clean sheet of the season.

“We knew it was going to be a massive win if we could get it and luckily enough we did,” added Barnes, whose combination with Chris Wood was also vital in taking the fight to the champions, who remain fourth in this season’s title race after seeing their winless run stretch to five games.

“We know we’re better than where we are in the league. A couple of the teams around us have won lately so we knew it was vital for us to get something.

“It’s the team performance that stood out and everyone deserves credit.

“I believe in every one of my team-mates. You know they’re right behind you and the reaction I had in the changing room when I walked back in was something special.”