The Clarets continued their winning pre-season run thanks to a superb late strike from Dwight McNeil.

McNeil has hit the ground running since his return to work this summer and continued his impressive warm-up programme with a sweet strike three minutes from the end of an excellent work-out at Prenton Park.

The Clarets were redirected to Birkenhead from Nottingham Forest due to the knock-on effect of the pandemic but certainly weren’t short-changed by the League Two side in a high-tempo contest played behind closed doors.

Tranmere led early in the second half but Sean Dyche’s men hit back to make it three wins in eight days thanks to two high quality goals in the final quarter.

Ashley Barnes equalised with a flying header and McNeil then struck in style with a goal that in normal circumstances would have had the crowd on their feet.

With Tranmere just a week away from their league opener against Walsall they were close to being fully primed under returning manager and ex-Clarets’ midfielder Micky Mellon.

That made it a competitive affair but one which should have seen Burnley comfortably ahead at the break.

With Ben Mee and James Tarkowski reunited for the first time this pre-season in the middle of the Clarets’ defence, they limited the hosts’ chances.

Big striker Mani Dieseruvwe had an effort for Rovers ruled out for offside as he followed up a Callum McManaman effort.

But the nearest they came to scoring before the break was a defensive header from Matt Lowton which had Wayne Hennessey diving to his left to make a sharp save to keep the scores level.

Joe Murphy was busier at the other end and made a couple of excellent save to prevent the Clarets taking the lead. 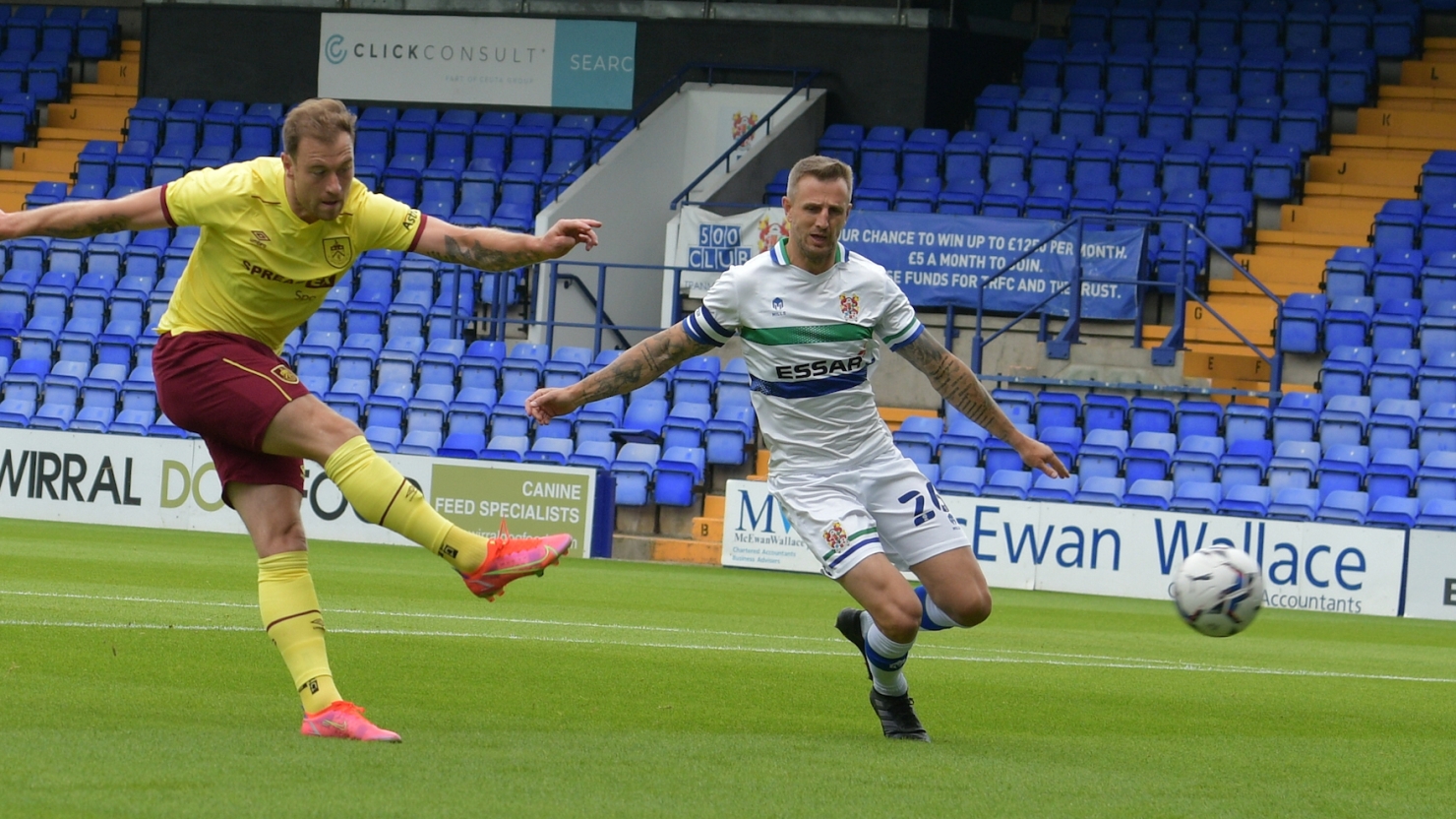 His first action came after just five minutes when he did well to keep out an effort from Barnes after the striker had been cleverly found by Ashley Westwood’s lovely pass.

And the vastly experienced Irishman made an even better save 10 minutes before the break to touch a low strike from Johann Berg Gudmundsson around the post after Josh Brownhill’s pass had opened up the Tranmere defence.

Brownhill went close to an opener himself with an effort he fired just wide after making space for himself on the edge of the penalty area.

And there were further sights of goal for Barnes and Jay Rodriguez as McNeil provided a stream of high-quality crosses and Charlie Taylor got forward at every opportunity to supplement the Clarets’ attack.

The lack of a goal was the only disappointment of a lively first half and 12 minutes into the second it was Tranmere who struck first to take the lead as substitute Nathaniel Knight-Percival powered home a header from a trialist’s corner.

Burnley then made their first two changes as Matej Vydra and Jack Cork both came on for the final half-hour.

There was almost an immediate opportunity to level as Murphy came out to nod away a powerful Ben Mee header and McNeil was unable to direct a first-time effort goalwards at the open target.

But with 20 minutes to go the Clarets did make it 1-1 thanks to Barnes. 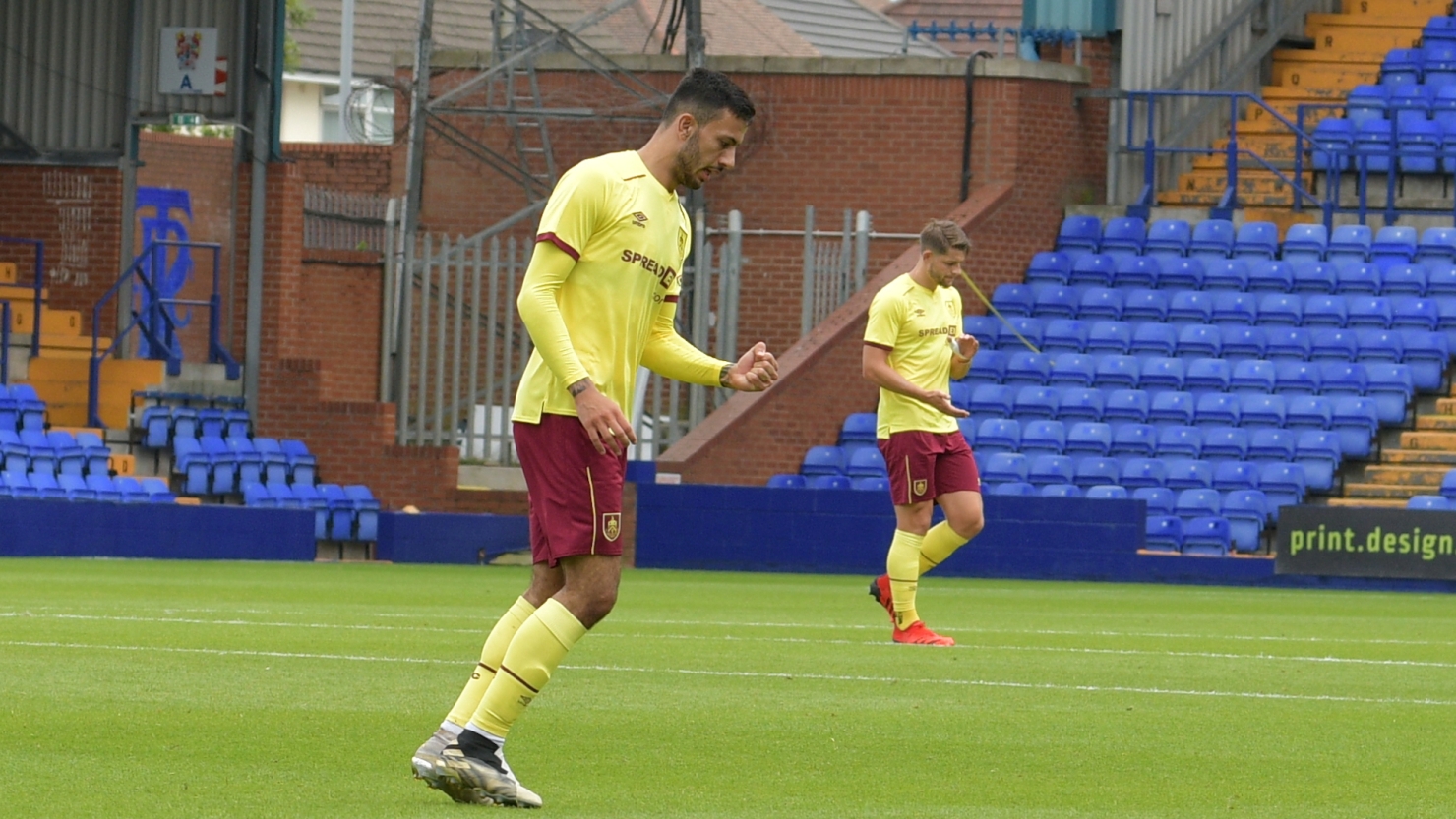 McNeil again delivered an excellent cross and Barnes took off to steer a diving header past Murphy and into the back of the net from about 10 yards out.

Lowton – who had often been the provider from the right flank – then had a chance to put Burnley in front but after Cork and Brownhill had worked the ball into his path, the full-back skimmed the top of the bar with a fierce drive.

And the woodwork was to frustrate the Clarets again moments later as Dyche’s men finished strongly.

Vydra was making his first appearance since a delayed break following his participation in the finals of Euro 2020 with Czech Republic.

And he was almost straight back in the groove with a curling finish that was only inches away from finding the top corner following a superb through-ball from McNeil.

McNeil remained a constant threat and fittingly he grabbed the winner with a couple of minutes to go.

When the ball dropped to him 25 yards from goal there was only one thing on the winger’s mind and on the volley he obliged with a thumping strike into the corner of the net to keep the Clarets on a roll.