Jay Rodriguez added to his pre-season tally and Lewis Richardson enjoyed a red-letter day with his first senior goal as the Clarets enjoyed a successful work-out in front of the travelling fans at Boundary Park.

Burnley’s supporters enjoyed their first away-day in 18 months with almost 1,000 of them making the short trip across the county.

And they were rewarded with a win secured by second-half goals from Rodriguez and 18-year-old Richardson.

Rodriguez opened the scoring to make it three goals in two games at the start of the Clarets’ pre-season schedule. 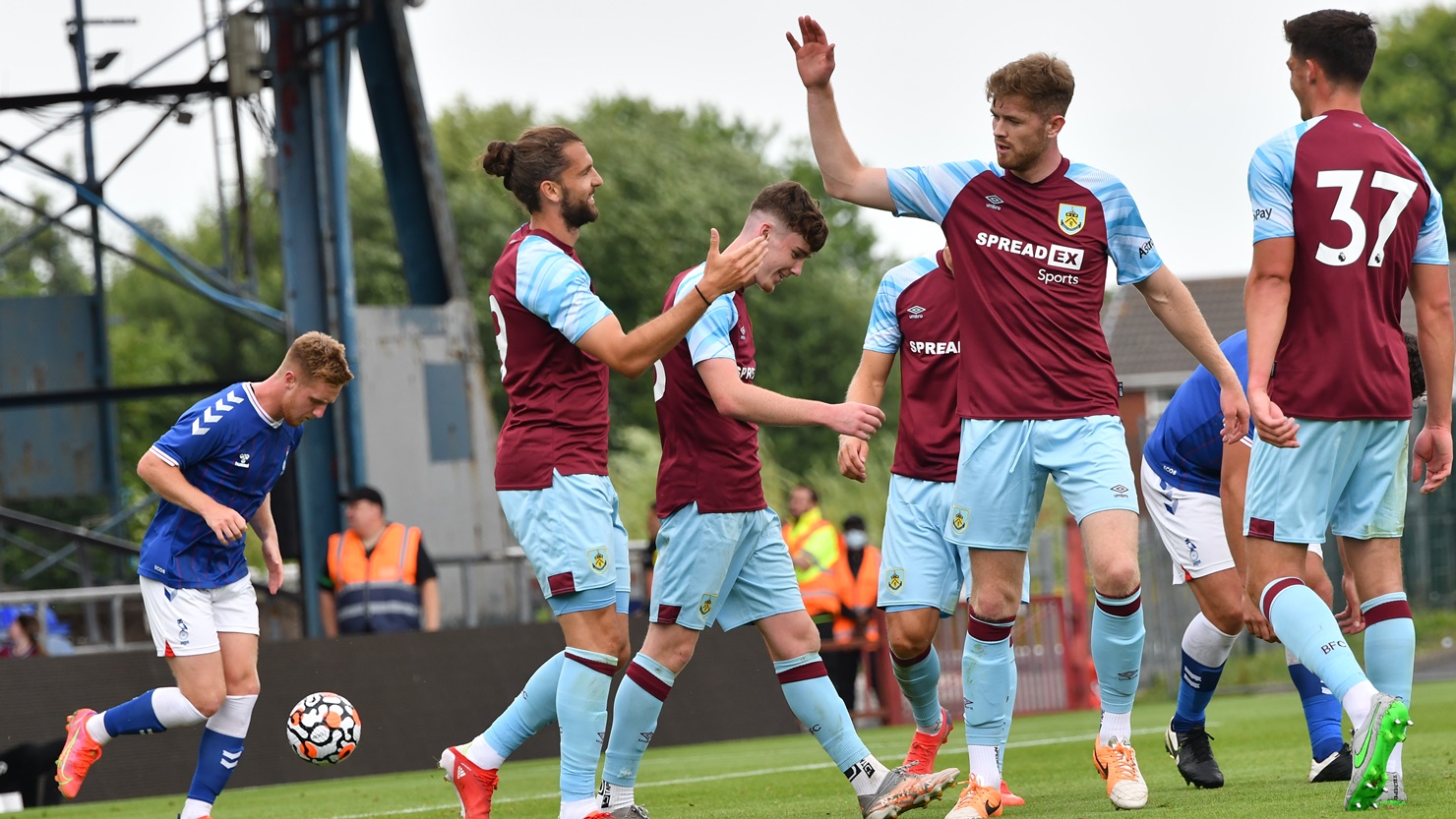 And Richardson made the most of another opportunity afforded him by the absence of internationals Chris Wood and Matej Vydra with an effort he – and Burnley – hope will be the first of many in his senior career.

The goals, within the space of a couple of minutes shortly after the break, ultimately made it a comfortable win against an Oldham side utilising a number of trialists.

But the first half had been more testing to make it a valuable exercise on an afternoon when manager Sean Dyche used virtually all of his squad in a first public outing.

With fans back in the ground, James Tarkowski was given a warm welcome back to his former club by the home supporters, who were seeing their team in the flesh anywhere for the first time since February, 2020.

And the Clarets’ defender – who launched his career at Boundary Park – was a central figure early on as he blocked an effort from Davis Keillor-Dunn in front of goal. 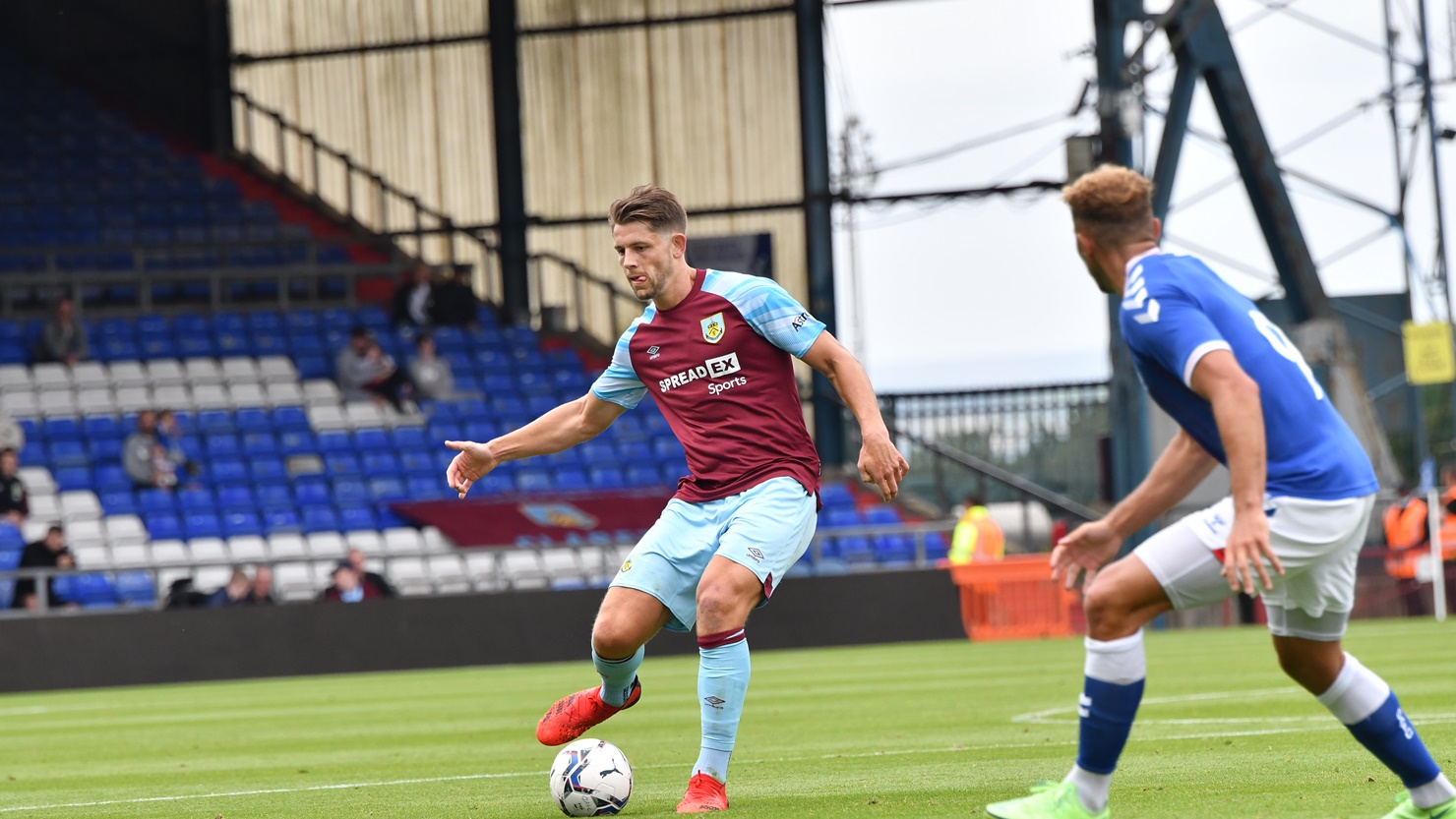 The League Two Latics looked lively in their fourth pre-season outing and Keillor-Dunn missed a better chance when he steered a shot wide following an excellent run from Dylan Bahamboula.

Hallam Hope also spurned a decent opportunity when he fired wide of the target after the Clarets had lost possession in their own half.

But Burnley started to find their rhythm with their best move of the half ending with a delightful floated pass from Phil Bardsley, which Anthony Glennon was just unable to steer goalwards at the far post.

Set-pieces often looked a likely route to goal for the Clarets, with another leading to a fine ball in from the left from Erik Pieters which Ashley Barnes was unable to flick on target.

Pieters tested Oldham’s goalkeeper himself with a well struck long-range effort which was touched over the bar.

And the Latics’ trialist did himself no harm when he made another flying save to keep out a free-kick from Johann Berg Gudmundsson which was top-corner bound. 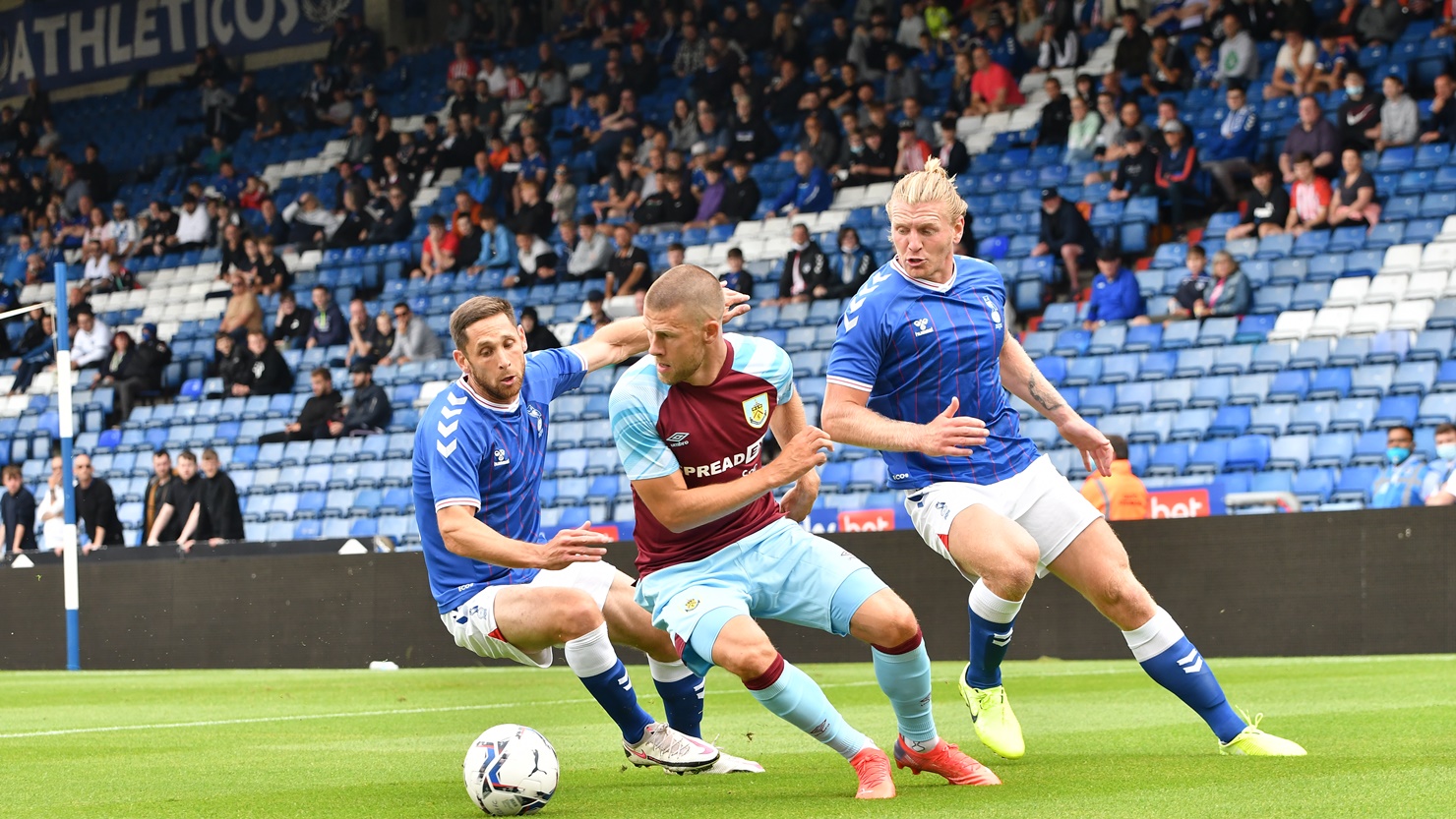 The Clarets then made nine changes at the break, with only Gudmundsson and Richardson given an extended tour of duty.

Richardson almost made the most of it with a header five minutes into the second half which the teenager glanced just wide from a corner.

But he didn’t have to wait long to really make his mark.

Another chance slipped by when his close-range effort was blocked from a cross from substitute Dwight McNeil, who grew up in the shadows of Oldham’s ground and sparkled on his was return home.

But that effort led to back-to-back corners and from the second a powerful header from Bobby Thomas was turned into the net from close range by the predatory Rodriguez, who capped his good week after netting twice against Salford City on Tuesday.

And moments later came Richardson’s moment in the sun as the Clarets went 2-0 up by the hour mark.

This time Rodriguez worked the keeper with a powerful strike as Burnley broke with purpose and Richardson reacted well to reach the rebound and hook home a goal clearly appreciated by fans and team-mates alike.

Rodriguez went close to another goal and Josh Brownhill headed just over the top as the Clarets dominated the second half.

And they now head to Blackpool next Tuesday night with game time in their legs and another opportunity to step up preparations for the start of the Premier League season in three weeks’ time.