Lancaster City booked a place in the final of their own competition as a Sam Unwin goal was not enough for the Clarets’ Under-23s to mount a successful fightback.

Unwin – who signed his first professional contract at Turf Moor earlier this summer – levelled early in the second half at the Giant Axe.

But City quickly regained the lead from the penalty spot to secure a victory that means they will now face Clitheroe in the final of the four-team Lockstep Trophy on Saturday.

The Clarets will meet Ashton Athletic – 1-0 losers at Clitheroe in the other semi-final – in a third-fourth place play-off back at Lancaster earlier on the same day.

Burnley were again without a handful of their more established players, who have been training with the senior squad.

That included Rob Harker, who had scored all three of the U23s’goals in their opening two warm-up games in Scotland, following his appearance in a first-team friendly at the training ground on Tuesday.

Anthony Gomez-Mancini therefore took over the captain’s armband in a Burnley side which started with a couple of trialists and introduced four more after the break.

Gomez-Mancini was first to threaten with a low drive held by City keeper Sam Ashton, but it was Lancaster who broke the deadlock.

Left wing-back Charlie Bailey was always keen to get forward and following an excellent run he delivered a cool finish to give the Northern Premier League top-flight outfit the lead. 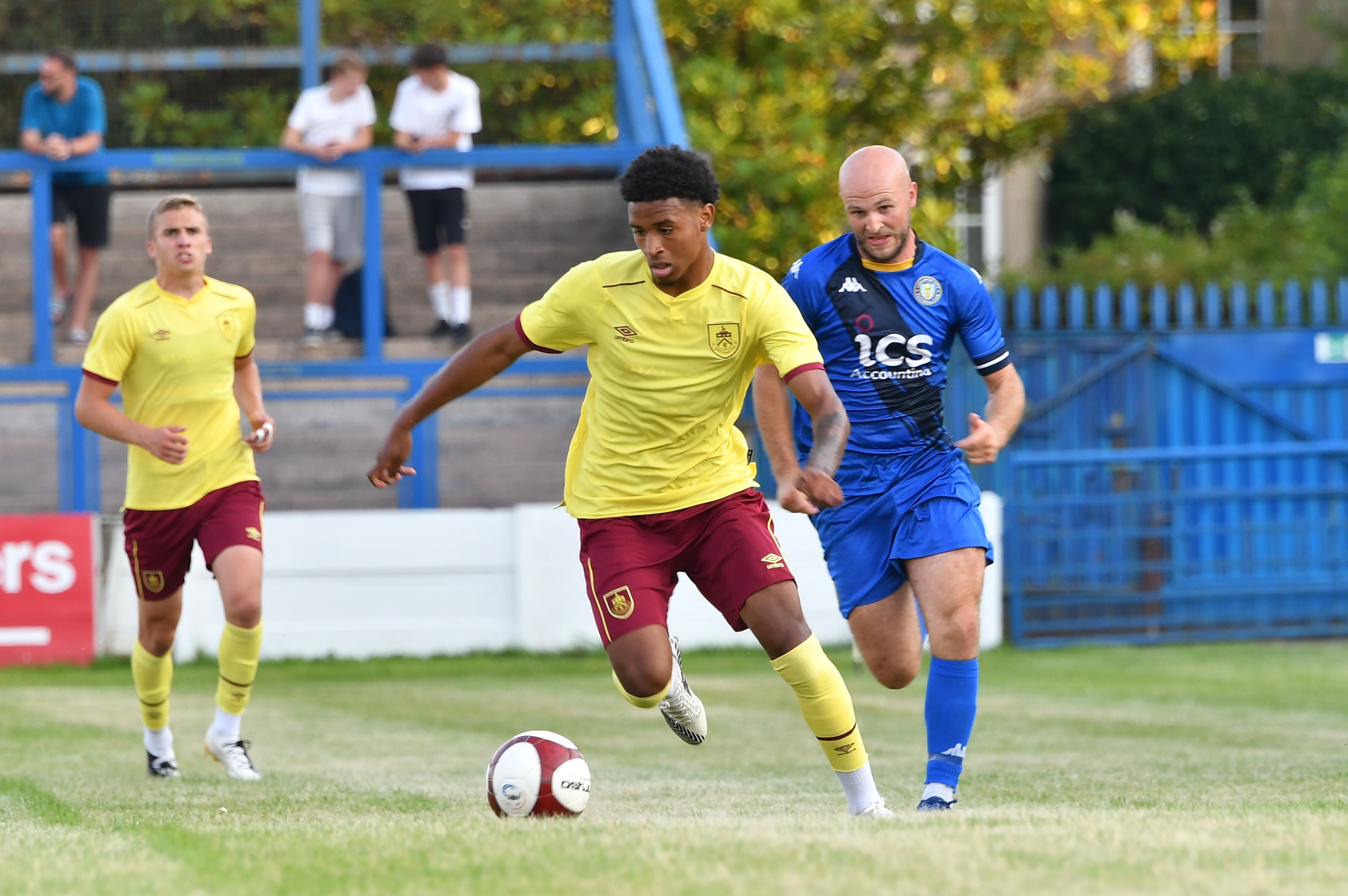 The Clarets responded positively and were unlucky not to level with their best move of the half.

The tidy Gomez-Mancini was again involved with a pass wide to left-back Owen Dodgson who delivered a fantastic cross which Unwin headed powerfully against the crossbar.

That was the Clarets’ best opportunity to level before the break, despite some decent passages of play on a tricky, dry pitch not condusive so slick passing in the hot conditions.

Recent recruit Mark Helm was invariably involved and the former Manchester United youngster tried to find an equaliser himself with a first-time volley saved by Ashton from the midfielder’s final touch before getting a breather at the start of the second half.

Clarets’ boss Michael Jackson made two changes at the break and one of the trialists had a chance to level before the Clarets did make it 1-1 through Unwin with 55 minutes gone.

Harry Williams’ ball from the back by-passed the Dolly Blues’ defence and Unwin reacted smartly to lift the ball over substitute keeper Matthew Alexander to level.

That appeared to give Burnley a foothold back in the tie but instead it was Lancaster who regained the initiative. 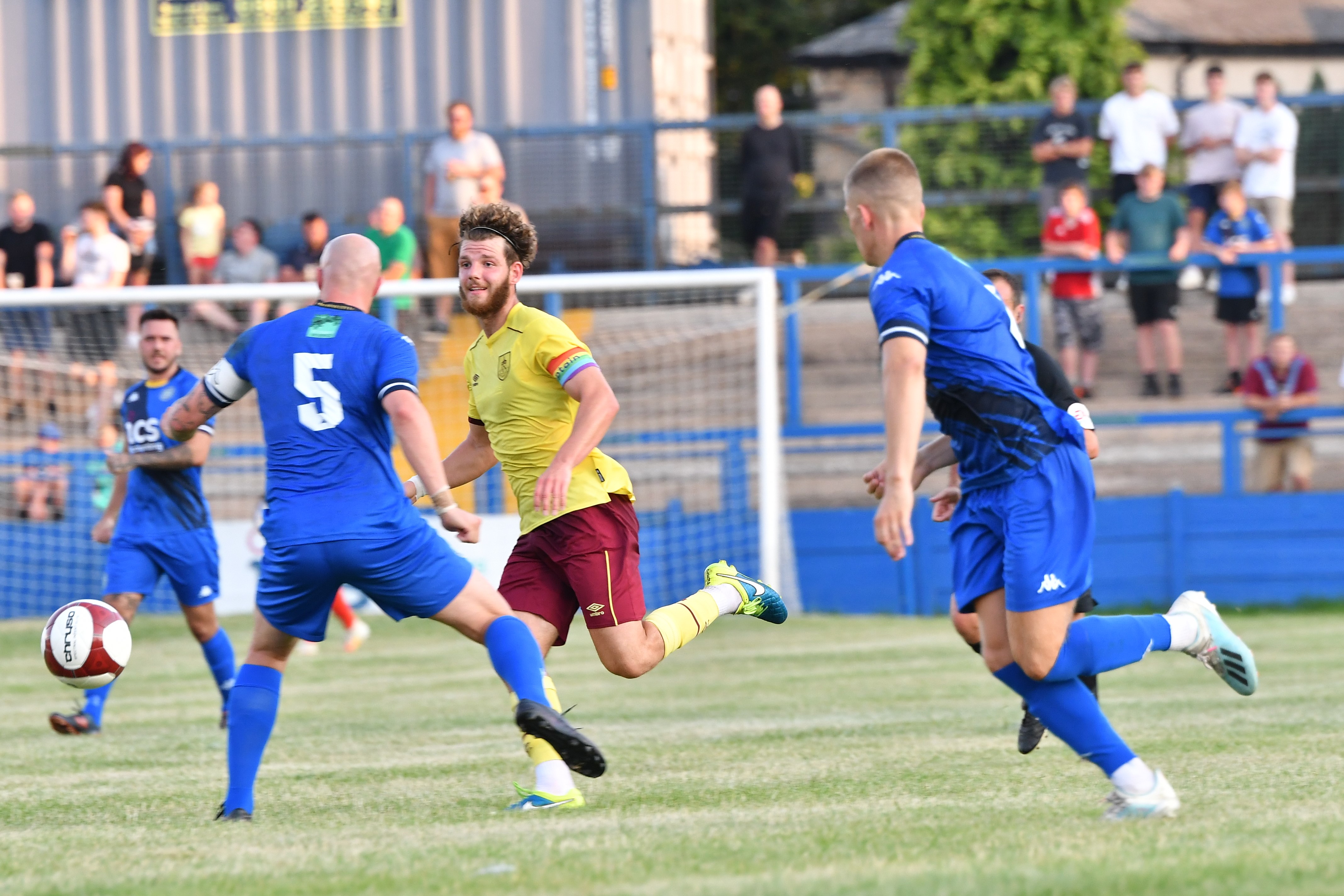 And City’s pressure paid off when they were awarded a soft-looking penalty for a pull by Jacon Bedeau which Paul Dawson slotted home to book Lancaster’s place in the final.

Following a number of further changes, the Clarets found it tough to build up any sustained pressure to try and force a possible penalty shoot-out.

And with City continuing to carry a threat on the break, they comfortably held onto their lead to keep their eyes on the silverware.