The Clarets saw their winning run come to an end as a goal just before the end of each half from defenders Cesar Azpilicueta and Marcos Alonso gave new Chelsea manager Thomas Tuchel his first victory in English football.

The former Paris St Germain and Borussia Dortmund boss knew he had been in a game as Burnley didn't make it easy for the former champions as they again defended defiantly.

But with injuries again beginning to take their toll, the Clarets didn’t carry sufficient attacking threat to be able to keep alive the prospect of a fourth successive win in all competitions as their search for a regular flow of goals away from home goes on.

And after back-to-back league wins and progress in the FA Cup had seen Sean Dyche’s men reached the end of a hectic January on a high this was just a Bridge too far as the Clarets stayed 15th in the table – still eight points clear of the relegation places – ahead of Wednesday night’s visit of league leaders Manchester City.

The Clarets were without Josh Brownhill following the foot injury he sustained in the mid-week win over Aston Villa, which meant a first Premier League start of the season for Jack Cork back at the club where he started his career 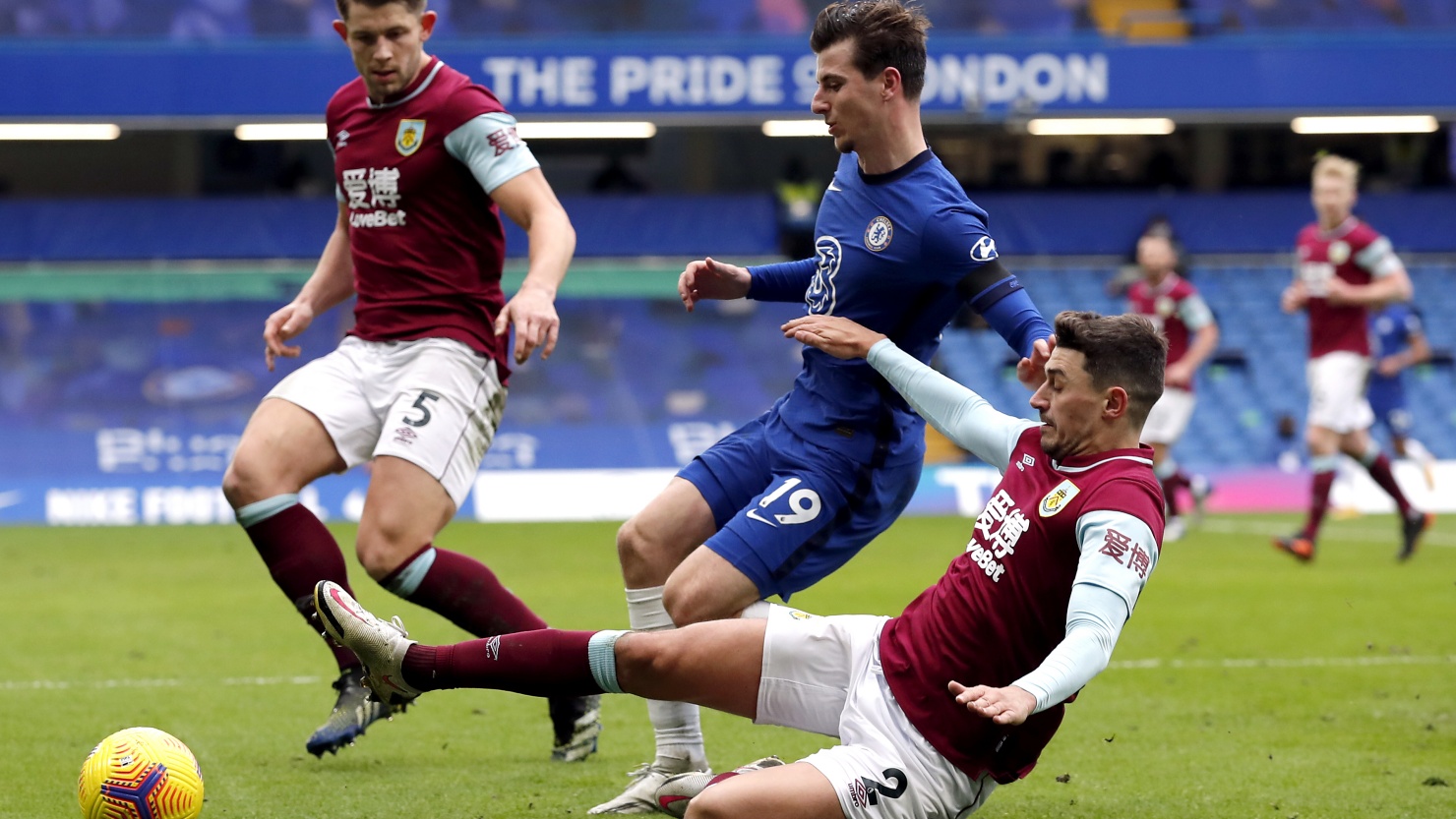 The midfielder has since clocked up 500 club appearances and slotted back in like he’d never been away in a Burnley side also featuring a first league start since July for Matej Vydra as Chris Wood’s striking partner.

Chelsea made four changes to the side that started the Tuchel era with a goalless draw against Wolves as the German looked to find a winning formula after three home league games without a win for the mid-table Blues.

Mason Mount was one of those to return but the England international was unable to instantly impress his new manager with a couple of wayward first-half efforts as the Clarets more than held their own.

Nick Pope was required to gather just a couple of regulation efforts as Burnley maintained their defensive wall around the twin rocks of James Tarkowski and Ben Mee and enjoyed some excellent spells of their own. 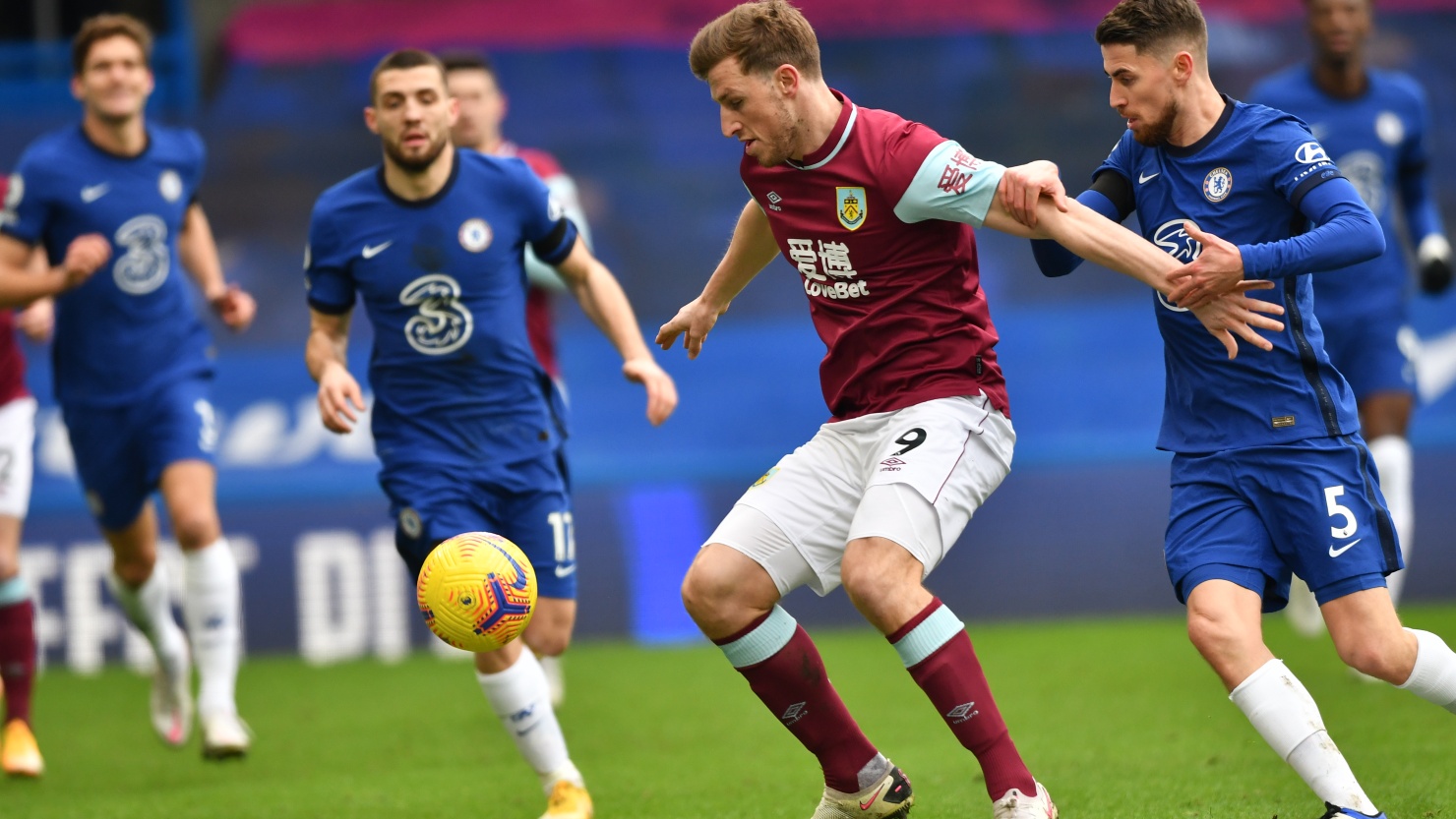 But they were unable to test Chelsea keeper Edouard Mendy and four minutes before the break the Londoners went ahead with their first real chance.

The Clarets were caught out on the break as the home side moved the ball swiftly from left to right for Azpilicueta to burst into the box and collect Callum Hudson-Odoi’s reverse pass and bury a shot beyond Pope.

Hudson-Odoi then crossed for Timo Werner to head tamely at Pope and a shot against a post via a slight deflection off Erik Pieters as Chelsea pressed for a second goal early in the second half.

But with an hour gone the Clarets were still in the contest, even if an injury to Wood lessened their attacking options with Jay Rodriguez already on for Brady and Ashley Barnes still absent.

Dwight McNeil moved inside to support Rodriguez with wideman Johann Berg Gudmundsson coming off the bench and there was still just as goal in it when Ben Mee’s interception from a Hudson-Odoi cross spun just wide and Christian Pulisic dragged a shot wide from another dangerous delivery from the Chelsea winger. 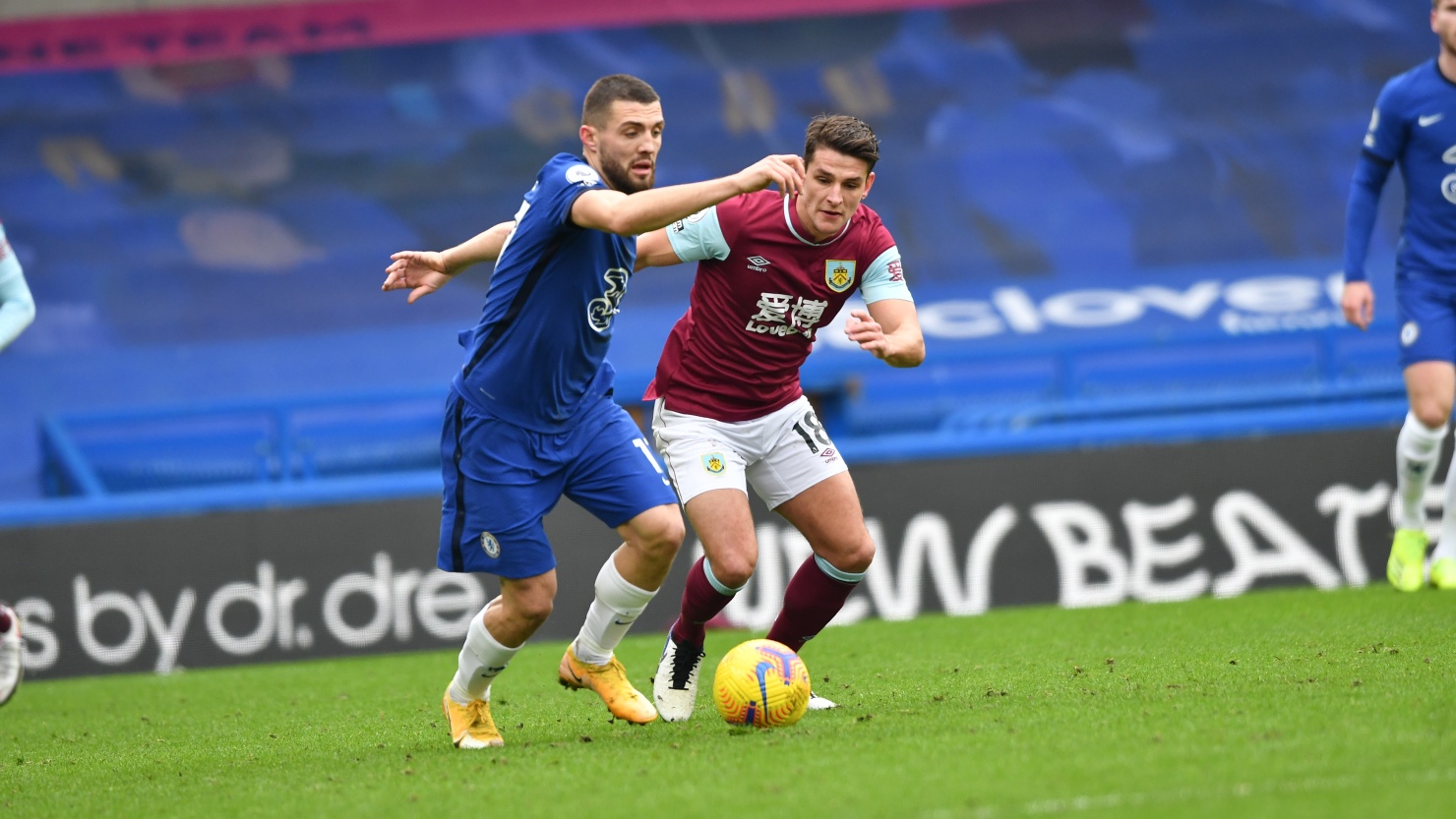 Chelsea knew they still needed to kill the game off after substitute Reece James was denied by Pope and with 15 minutes to go, Dyche played his final card by sending on Joel Mumbongo for his Premier League debut.

There was to be no fairytale, however, as the Clarets couldn’t make the one real chance they needed to potentially grab a point and with six minutes to go Chelsea doubled their lead to secure just a third win in 10 league games.

This time the threat came down the left-hand side and when Pulisic lifted the ball into Alonso, the defender took a touch before swivelling to send a superb volley into the roof of the net to confirm only a fifth defeat in 14 games since the Blues secured the first leg of their double at Turf Moor at the end of October.