The double-act of Ashley Barnes and Chris Wood came good again as the Clarets continued their resurgence to move up to 16th place in the Premier League – their highest position so far this season.

The Clarets had been the lowest scorers in the top tier so far this term, despite their recent run of just one defeat in their last six games.

But any pressure the frontmen may have been feeling disappeared as Barnes scored his first goal in over a year on his return to the side to give Burnley a half-time lead.

And Wood’s first goal in five games since a winner against Crystal Palace wrapped up a second home success of the season early in the second half as Sean Dyche’s men survived a late Fabio Silva penalty to move decisively out of the bottom three.

It was the first time Wood and Barnes had scored in the same game since they did so in successive matches in November, 2019. 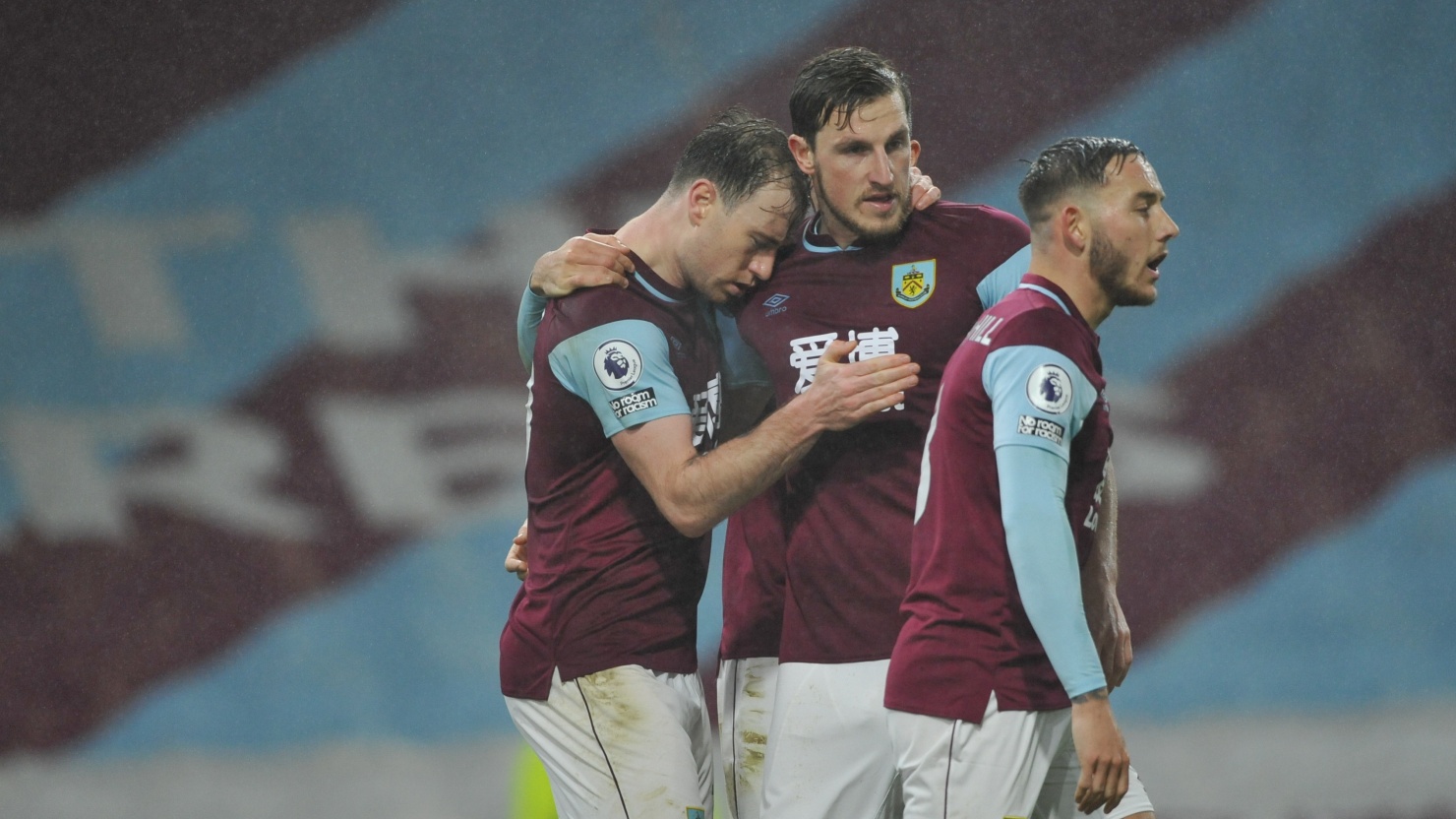 But so often the pair have come up with the goods one way or another when needed and they duly delivered as Christmas came early with another big result in a month that is promising to transform the Clarets’ season.

For the first time since last season’s post-lockdown phase, the Clarets were permitted to name nine substitutes to allow for a potential concussion replacement.

There was only one change to the starting line-up, however, on the back of a three-match unbeaten run with Barnes returning in a bid to re-discover the goal-scoring formula.

And Barnes and Wood both had chances inside an opening half-hour in which Wolves had arguably carried the greater attacking threat.

Their swiftness on the break had the Clarets stretched at times.

But as usual Burnley’s back line stood firm and when it came to sights of goal the best came Burnley’s way.

An excellent cross from Dwight McNeil was hooked just wide by Wood with 15 minutes gone and then with half an hour Barnes had an even better opening.

Nick Pope’s long clearance by-passed the Wolves’ defence, but Barnes couldn’t beat the back-pedalling Rui Patricio with a driven effort the Portuguese saved with his legs.

Pope’s only save had been to keep out an effort from Neto at the end of a typical counter-attack from the visitors.

And the Clarets were beginning to crank up the pressure when they took the lead 10 minutes before the break with a high-quality goal.

This time it was the home side who broke with purpose through Wood and Ashley Westwood - who again formed a formidable central midfield pairing with Josh Brownhill.

And when Wood rolled the ball out to Charlie Taylor the full-back summed up a superb night's work by clipping a cross up beyond the far post for Barnes to climb and nod down and in to claim his first goal in 13 months either side of a lengthy spell out with injury. 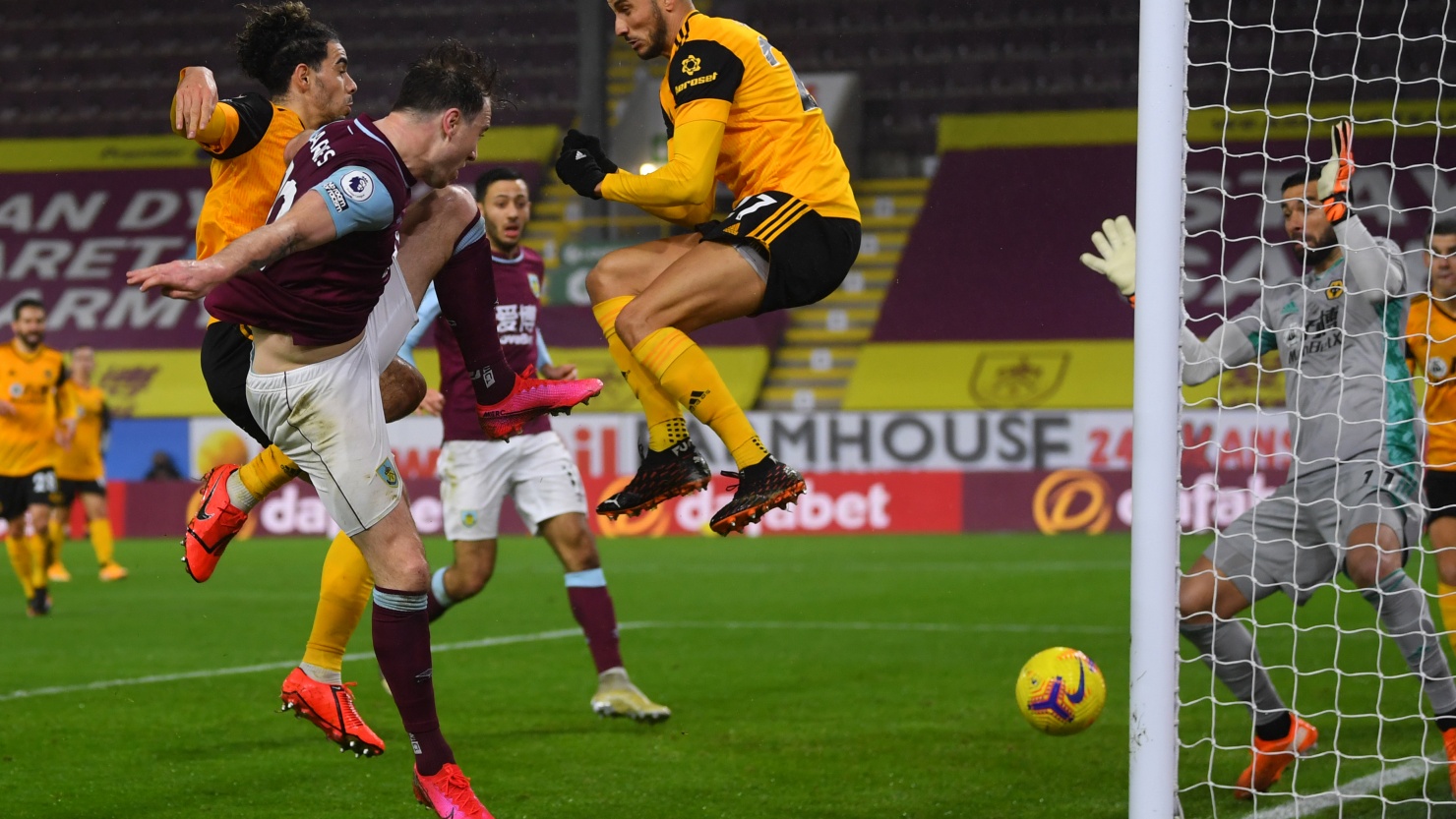 Wolves countered with a long-range Ruben Neves’ effort that didn’t go far wide, but the Clarets were only inches away themselves from scoring again to double their lead at half-time, Brownhill curling a free-kick just past the post from just outside the penalty area.

If that was close, Brownhill’s next attempt was all but in as Burnley went for the kill just after the break.

Ruben Neves’ mistake gifted possession to Brownhill 20 yards out and his fizzing effort skimmed the bar with Patricio beaten.

But the Clarets were now dominant and in the 51st minute the second goal did come as Wood made it 2-0 to deservedly double the lead.

Wood had also endured something of a lean spell by his usual consistent standards, having scored only once since the Clarets’ opening league game.

But the striker wasn’t going to pass up the opportunity when Ben Mee and McNeil both won headers in the box from Westwood’s free-kick and gleefully smashed the ball into the net on the volley as the Clarets added a second goal for the first time since Wood’s first goal of the season at Leicester.

Wolves made a double change to try and stem the tide and the flying Adama Traore almost made an instant impact with a cross Neto headed just over the top. 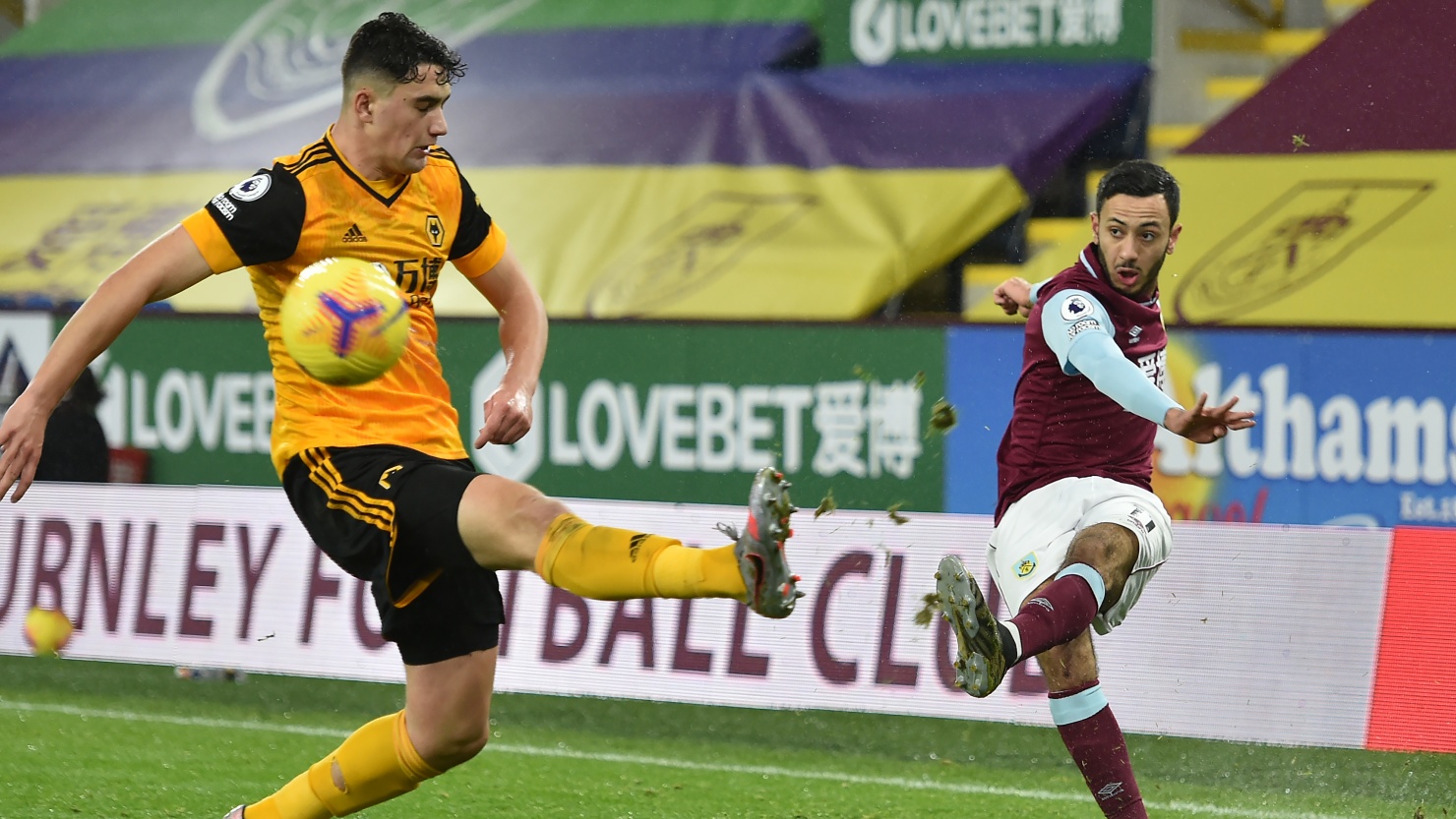 But the scale of a victory was evidently not lost on the Clarets who were stretching every sinew to get the job done and Wood could have made the points safe from a chance created by Westwood’s lovely pass which Patricio kept out with a smart save.

Robbie Brady then teed up Barnes for a volleying opportunity blocked by Conor Coady in Brady’s last piece of action before being replaced by Erik Pieters in a change of flanks for McNeil.

Pope had to make a sharp save to keep out a strike from Neves but Wolves didn’t look likely to get a route back into the game until Josh Benson bundled over Silva in his first piece of action after replacing McNeil.

Silva drove home the penalty but unlike last season when late spot-kicks had led to two daws, the Clarets held out to earn a fully merited three points from one of their most positive performances of the season.