Robbie Brady marked his latest comeback with a classy strike as the Clarets added another home point to their tally in Sean Dyche’s 200th Premier League game as manager.

Brady returned from injury to fire the Clarets into an early lead with his first goal since last December.

It wasn’t quite enough to give Dyche a landmark success and his men back-to-back home wins for the first time since a victory over Everton in October, 2019 made it two out of two.

Dominic Calvert-Lewin’s leveller in first-half injury-time denied the Clarets maximum points and a place out of the bottom three as the sides drew for the first time in the Premier League.

But after beating Crystal Palace last time out at Turf Moor, this was another step forward with just one defeat in the last four games suggesting the building blocks are in place for a sustained recovery. 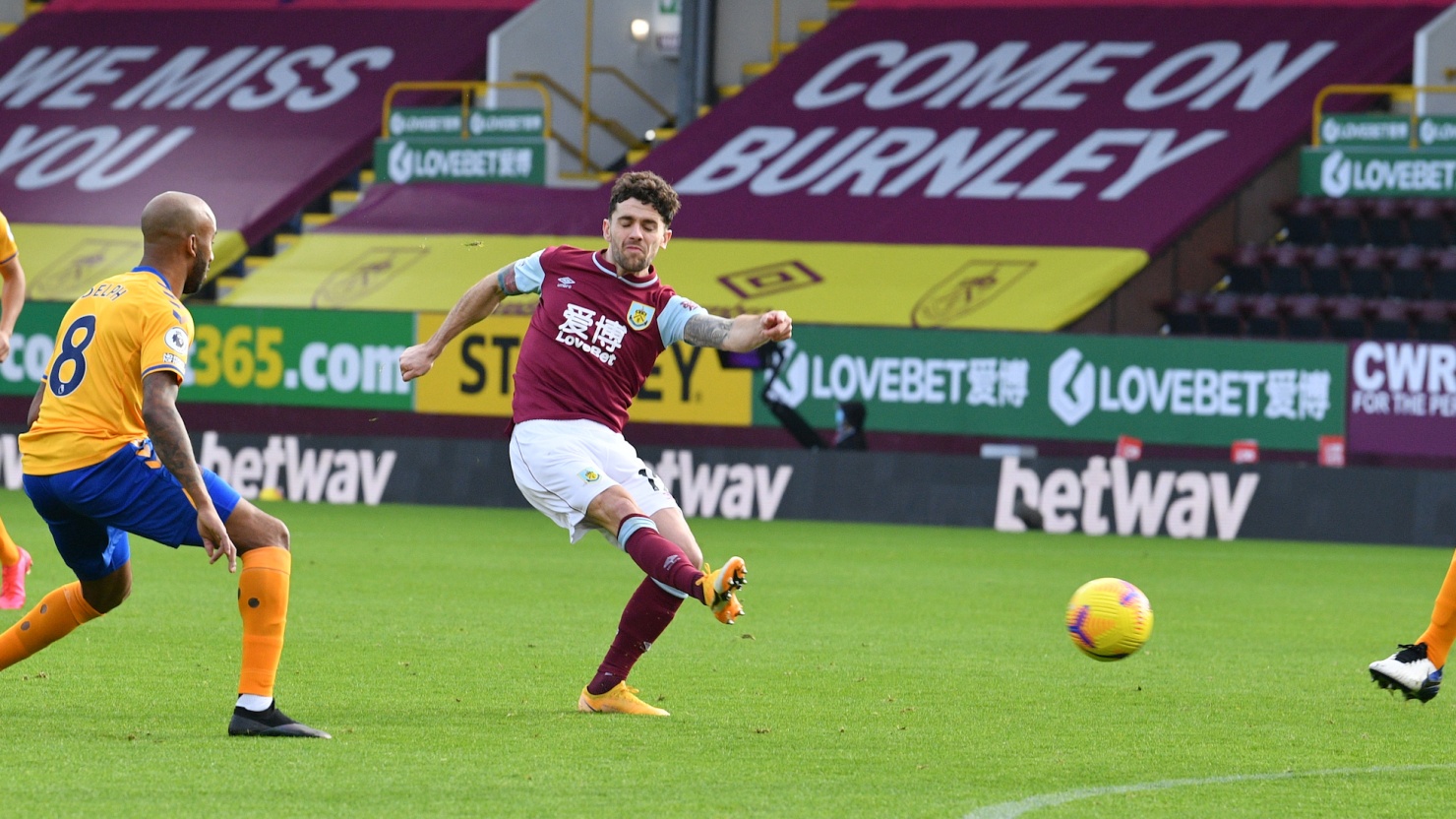 The Clarets had Nick Pope, Josh Brownhill, and Brady back on duty following their defeat at Manchester City a week ago and it was Brady who made an instant impact.

Burnley had already set the tone with an upbeat start when Brady - starting his third league game of the campaign - pounced with just two minutes gone.

Ashley Westwood read Allan’s intended pass and after nicking the ball away from Abdoulaye Doucoure slid a pass square to Brady.

The Ireland international took the ball on his less favoured right foot but had only one thing in mind as he drilled a superb low shot into the bottom corner from almost 25 yards out to claim his first goal in almost exactly 12 months.

The Clarets looked full of purpose and moved the ball crisply to stretch the visitors whose run of games without a clean sheet went into double figures. 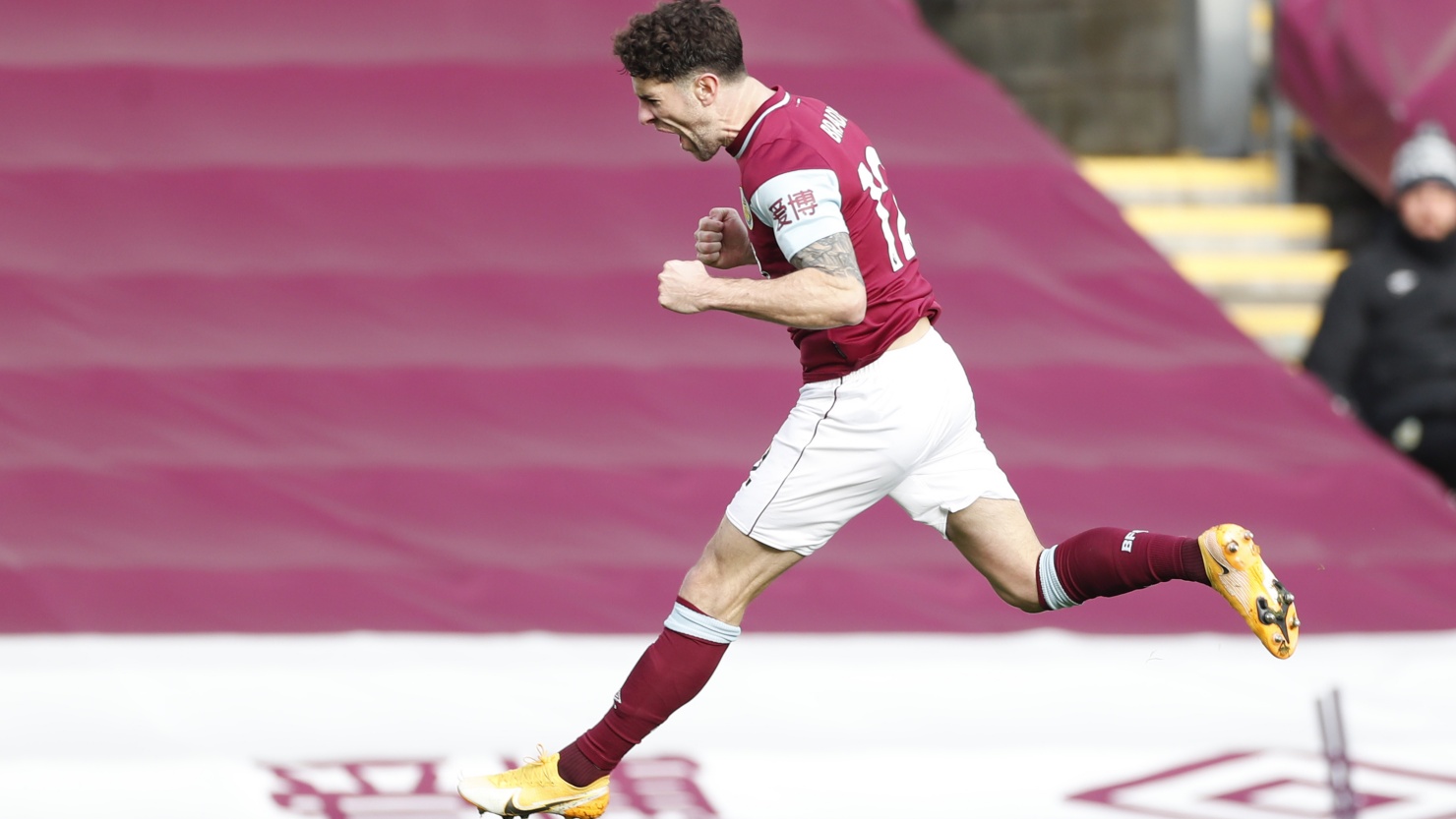 Matt Lowton unleashed some excellent deliveries from the right-back role with one demanding an excellent clearance from Ben Godfrey to thwart Jay Rodriguez as he looked to pounce.

Another decent move following a well-worked free-kick ended with the lively Brownhill dragging a shot just wide as the Clarets pressed for a second.

But Everton did pose a threat on the break and it took one excellent trademark close-range block from Pope to deny Dominic Calvert-Lewin – the Premier League’s top scorer – from equalising with his 11th league goal of the campaign.

National team manager Gareth Southgate was in attendance to keep an eye on two of his England men and Jordan Pickford had his chance to impress five minutes before the break with a crucial save at the other end to deny Chris Wood after a defence-splitting one-two with Dwight McNeil.

And the importance of that was underlined when the visitors got level in first-half stoppage time when Calvert-Lewin did get on the scoresheet.

The Clarets felt Westwood was fouled in the middle of the pitch but when Allan released the dangerous Richarlison, his low cross was touched in by Calvert-Lewin to claim his 14th goal in all competitions. 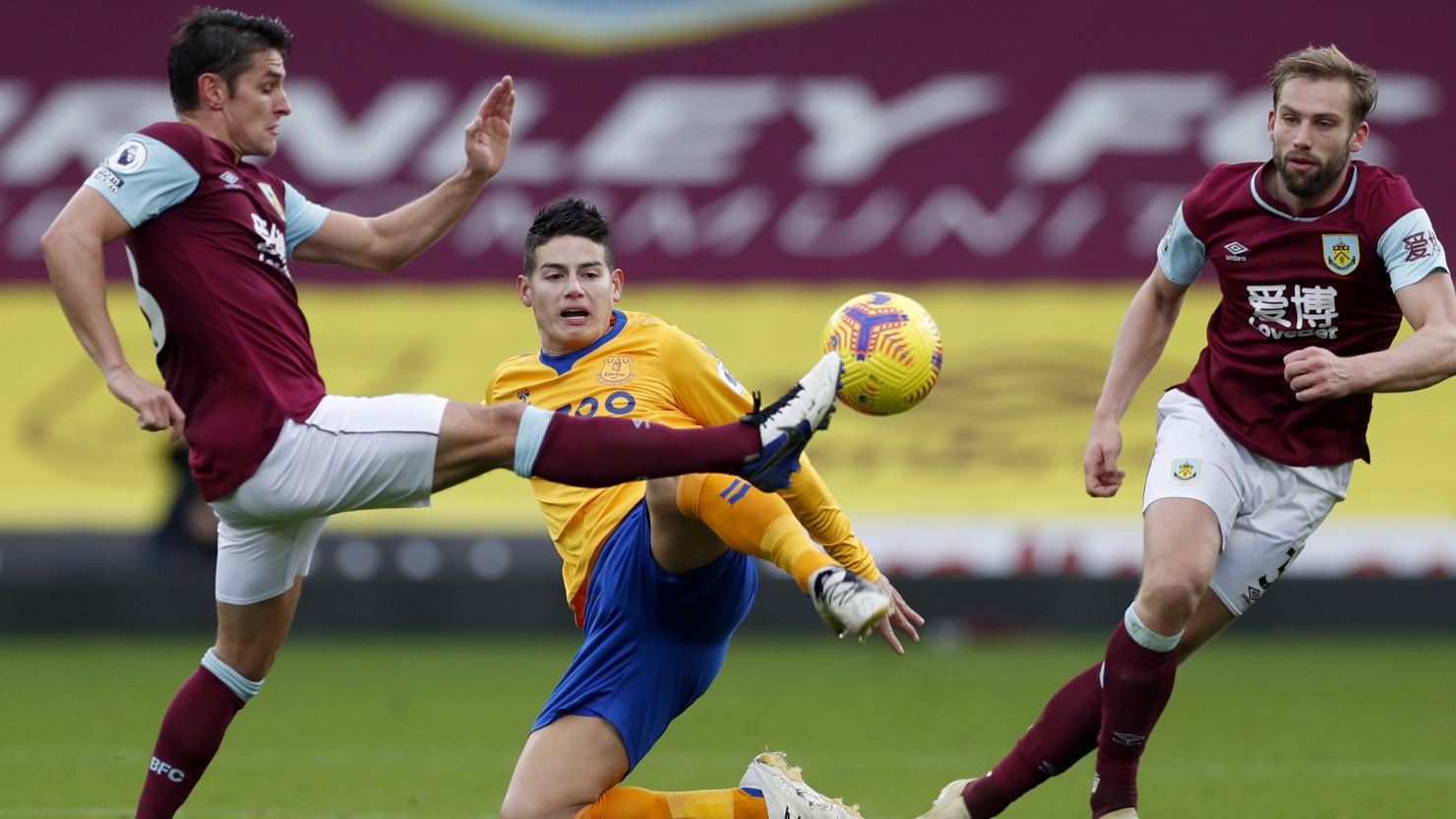 The momentum stayed with Everton at the start of the second half with the enforced switch to 4-3-3 formation following the earlier exit of injured wing-back Fabian Delph seemingly strengthening their hand.

Having made little initial impact, former Real Madrid man James Rodriguez was seeing more of the ball and it needed a fine, full-stretch save from Pope to prevent the Colombian international from curling the Toffees into the lead.

But the Clarets rode out the testing spell to enjoy good periods of their own possession as they looked to find a way through and regain the advantage.

Brady saw a volley blocked as he battled to cap a fine afternoon’s work with a winner and Brownhill, who could also be pleased with his return, cleverly made space in the box following a corner before seeing another shot charged down as the Clarets cranked up the pressure. 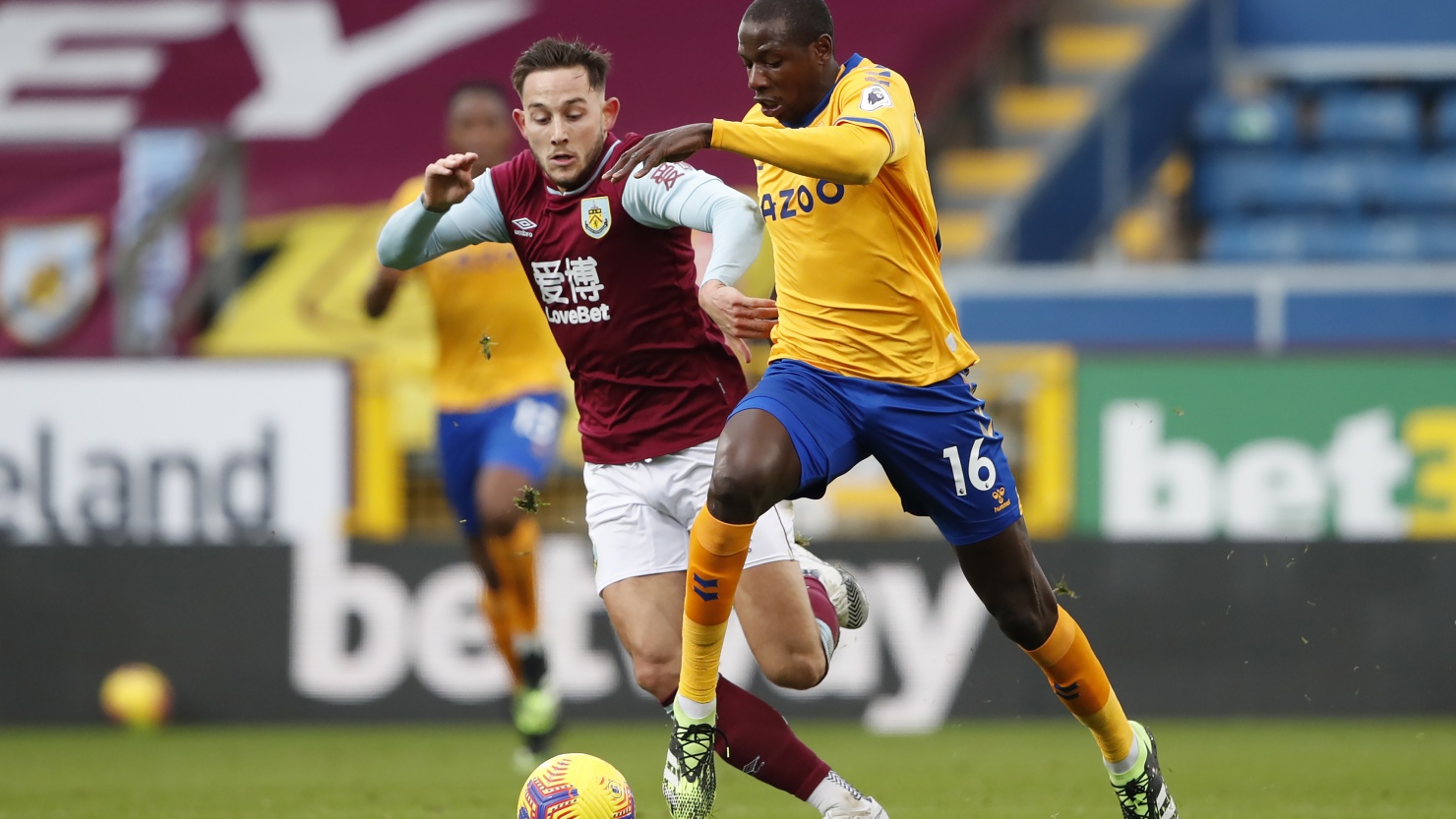 A flash of magic from McNeil which left Allan and Iwobi for dead deserved a better outcome and then with just over five minutes to go the Clarets thought they had taken all three points with a Wood header from McNeil’s corner which produced an excellent save from Pickford to keep the scores level and spare his side what might have been a fifth defeat in six games.

But anything Pickford could do, so could Pope, to give Southgate further food for thought with another top-class save as the game move into added time.

Rodriguez picked out substitute Gylfi Sigurdsson, who looked a certain scorer until Pope stuck out a long leg to keep out his effort and make sure the Clarets got a deserved reward for their efforts. 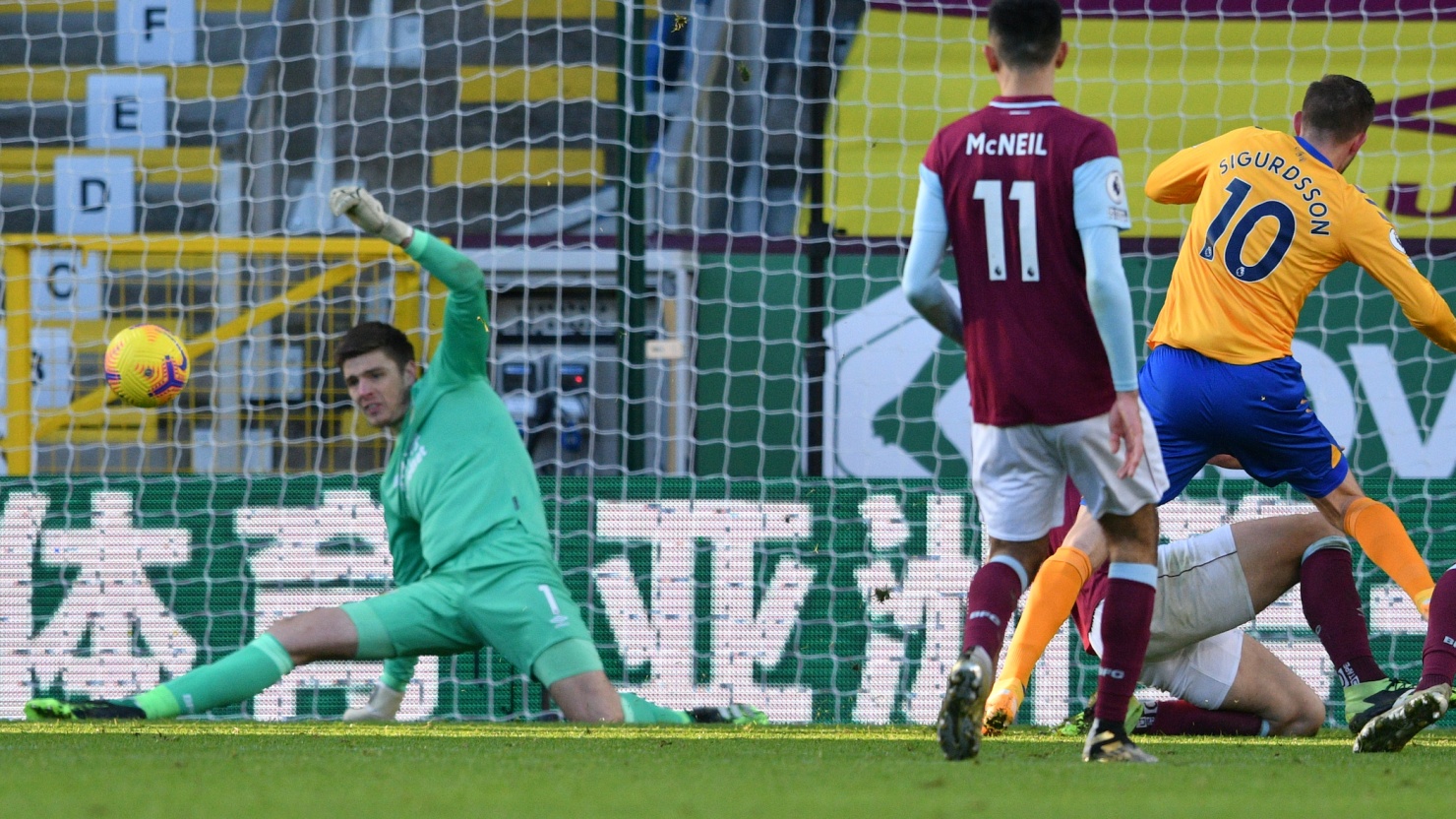