The Clarets’ 250th Premier League game turned out to be a cracker as they came from behind to earn a valuable point through Johann Berg Gudmundsson’s first goal for 18 months.

Sean Dyche’s men couldn’t mark the milestone with a win that would have propelled them even further away from the bottom three at a pivotal stage of the programme.

They couldn’t have done much more to get it after recovering from Lewis Dunk’s 36th-minute goal for the visitors to dominate the remainder of a wide-open contest with some of their best attacking play of the season.

But putting the brakes on Brighton’s charge and maintaining the status quo with an eighth draw in 11 games between the two sides still made it a decent reward as Gudmundsson continued his return to top fitness and form with the deserved 53rd-minute equaliser which brought him a first goal since the opening day of last season.

The Clarets welcomed back Ashley Barnes as their sole change to the starting line-up that had lost to league leaders Manchester City in mid-week for the striker’s first appearance since scoring the winner at Anfield five games ago. 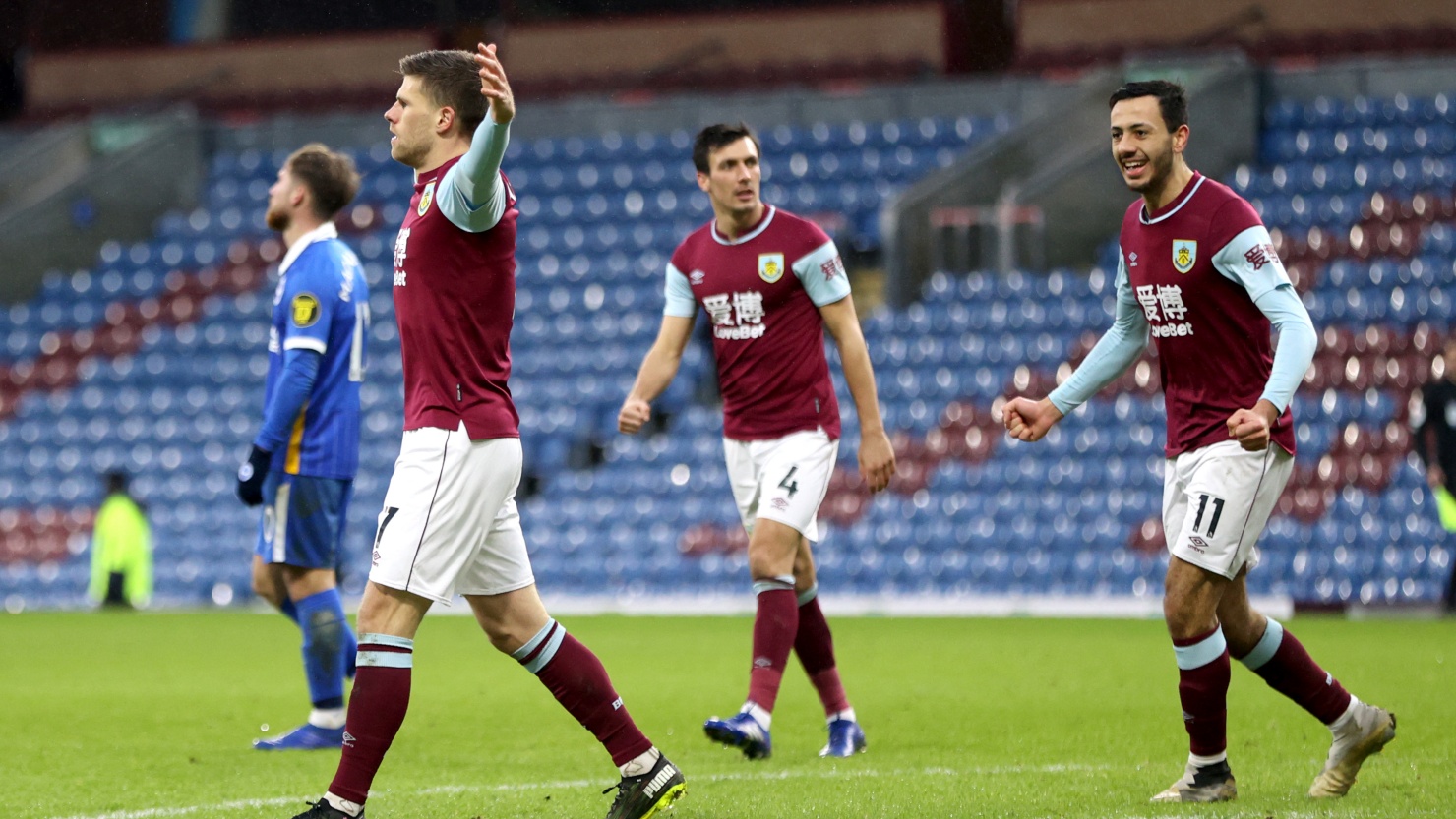 Brighton had also left the home of the champions with a victory last time out to continue an impressive four-match unbeaten run which had lifted them above Burnley in the table.

But with just two points between the sides there promised to little in it as Dyche’s men kicked off an important two-week spell against sides in the bottom half of the table which threatened to shape their immediate fortunes.

It was certainly a cagey opening before the Clarets began to crank it up towards the end of the opening half hour.

The first saw him keep a clever free-kick from Dwight McNeil out at the foot of his near post and then from the corner that followed the Spaniard reacted well to scoop away a close-range effort from James Tarkowski.

The Clarets were stretching a defence that had kept four successive clean sheets in the league and when Matej Vydra again got the better of Dunk, he pulled the ball back for ex-Brighton man Barnes to hammer shot wide of the target. 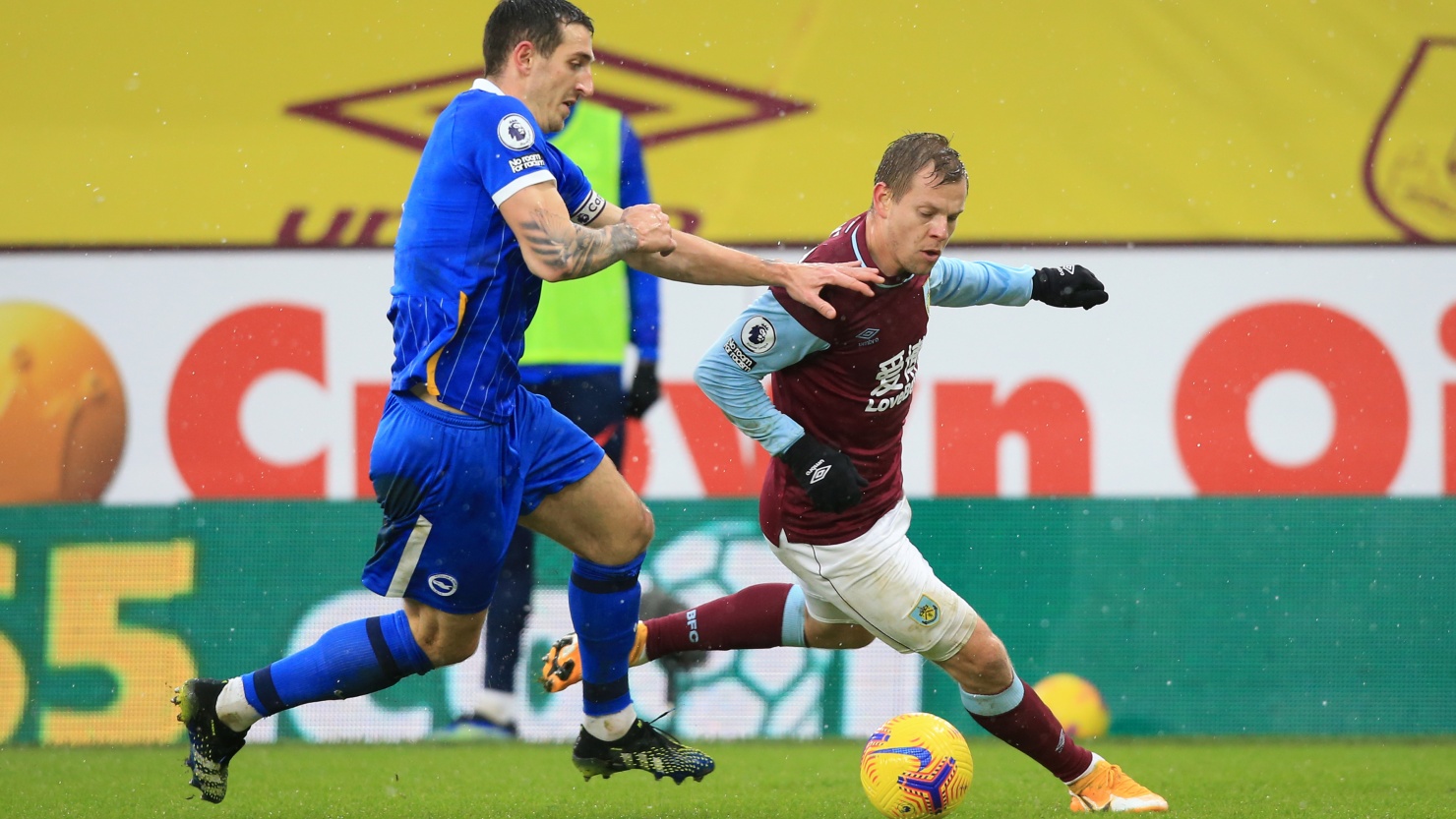 But, crucially, Burnley couldn’t force the breakthrough and nine minutes before the break it was Brighton who grabbed the lead when Dunk powered home a header from Pascal Gross’ corner.

Nick Pope then had to save well from Aaron Connolly, with a curling effort he touched wide, but the Clarets responded well as they looked to get level by half-time.

Matt Lowton, whose forays forward and deliveries from right-back provided an added dimension to the hosts’ attacking options, was unlucky with a shot which hit Barnes before McNeil tested Sanchez again in stoppage time following more good work from Vydra.

The Clarets needed to maintain that momentum, while also being wary of a second on the break from Brighton and Connolly twice demonstrated that threat in the opening minutes of the second half.

But it was Burnley who were forcing the issue and nine minutes after the break they were rewarded with the equaliser. 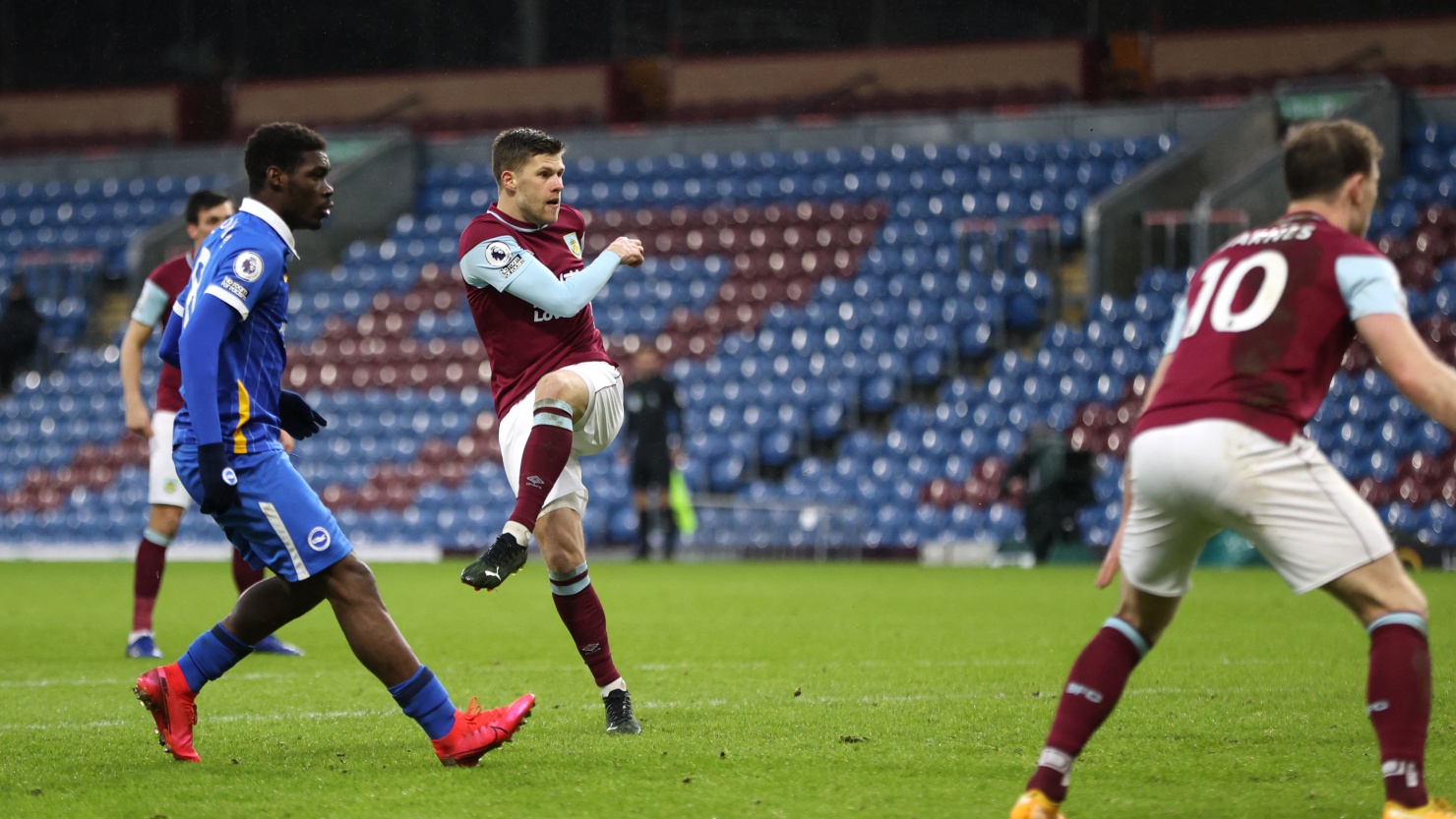 After peppering the penalty area Erik Pieters saw a shot parried by Sanchez and this time it dropped for Gudmundsson who kept his composure to drill home the loose ball from 15 yards.

That fired the Clarets up further and they quickly went for a second, Barnes having an effort blocked after the excellent Vydra had pulled the ball back before Barnes’ headed effort from a Gudmundsson cross was disallowed for off-side.

The Clarets were certainly not settling for a point as they attacked at will and Vydra was denied the goal his performance deserved by another fine block from Sanchez after Pieters and Ashley Westwood had combined to set up the chance.

Brighton’s back line was being carved open time and again and Vydra was presented with another chance by McNeil’s thrusting run. 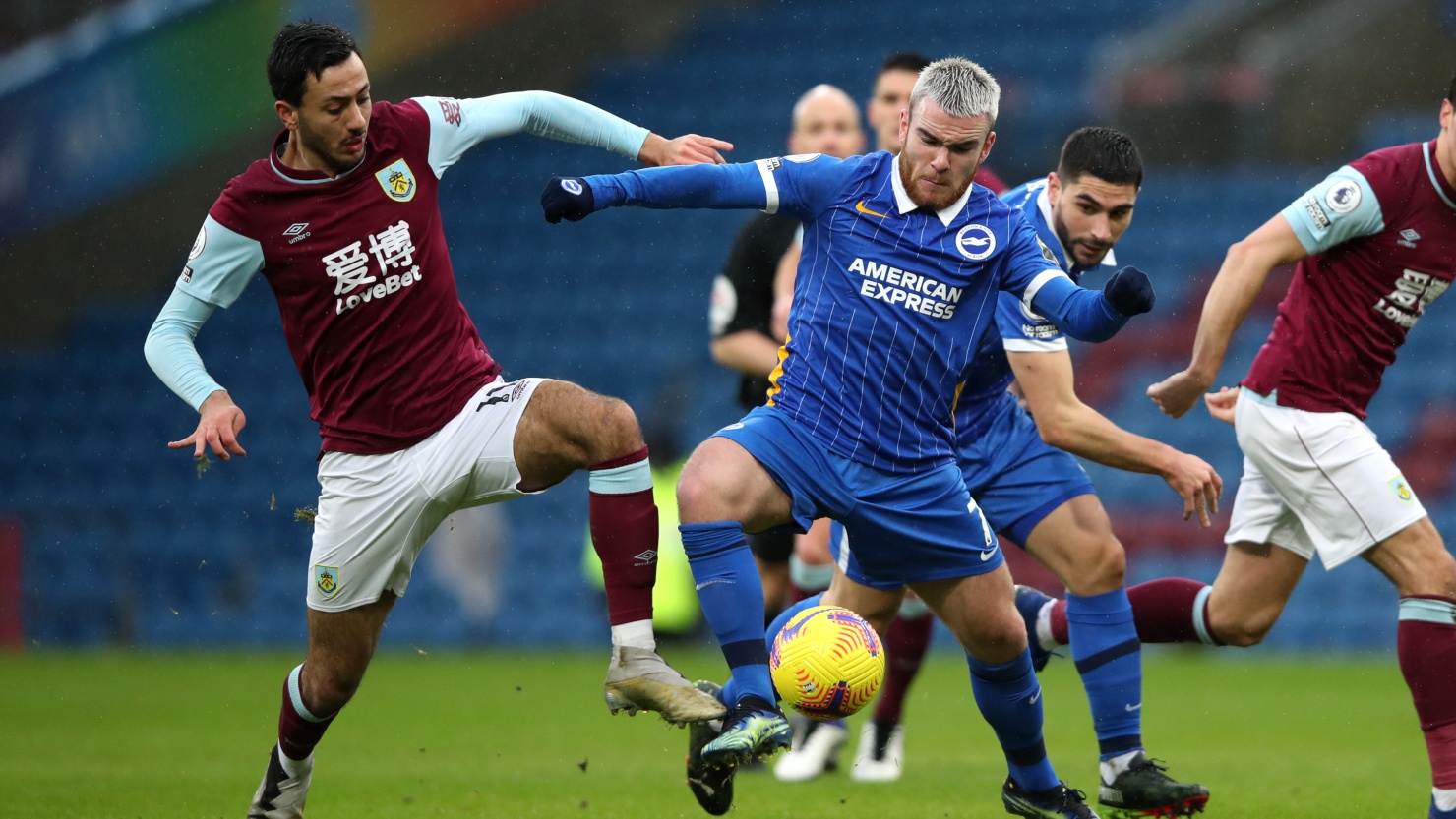 A winner wouldn’t have been out of turn and the Clarets kept going until the end to try and find it.

But with Brighton holding on, Burnley has to settle for their 58th draw of the Premier League era as they took another step towards securing a sixth successive season in the elite.