Sean Dyche goes into his ninth year as Burnley manager with the immediate target of finding a first Premier League win of the season as Chelsea enjoyed another productive trip to Turf Moor.

Only once in seven Premier League visits have the Blues failed to register a victory and they were barely tested in extending that record on another tough afternoon for the Clarets. 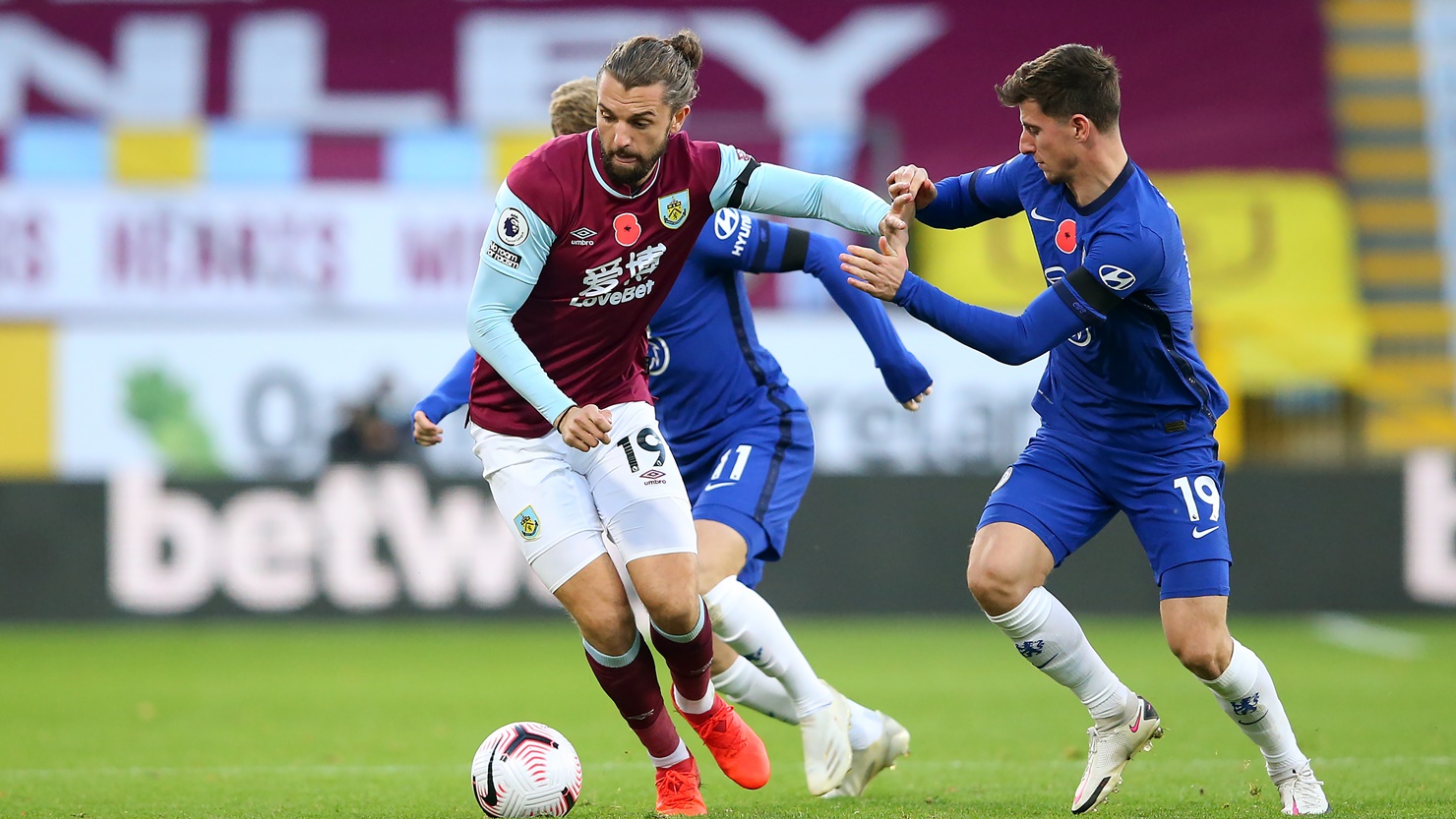 The gulf in power between the two sides – on and off the pitch – was evident as Chelsea continued their unbeaten start away from home thanks to a first-half goal from Hakim Ziyech and two in quick succession after the break from Kurt Zouma and Timo Werner.

The Clarets – having missed an excellent early chance through Ashley Barnes to get their goal tally moving after scoring just once in the previous four games – briefly threatened to make a fight of it after the break a day after Dyche had celebrated eight years as manager. 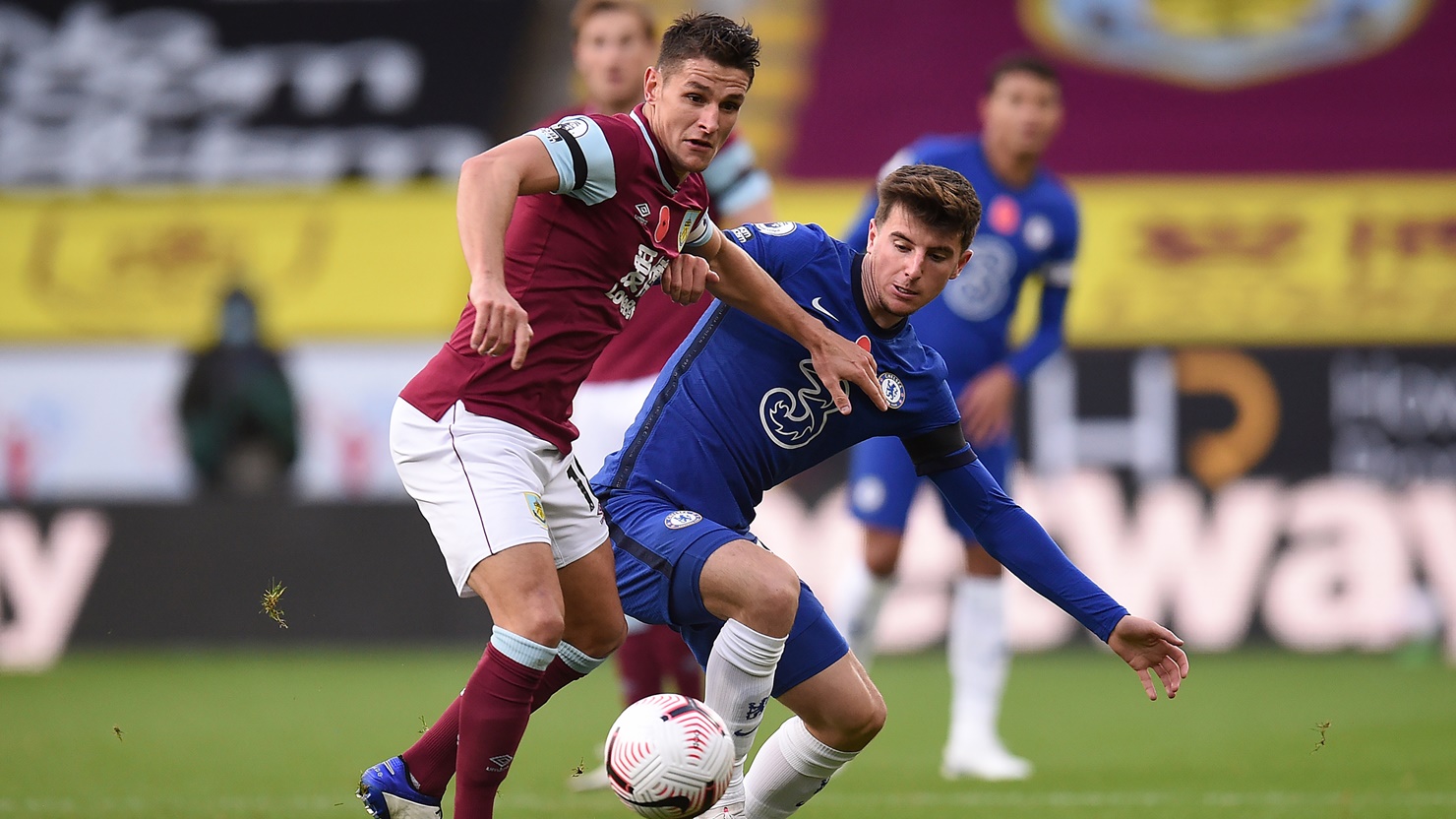 But Chelsea quickly killed off their hopes and Burnley will be hoping the return of some of their injured players and some potentially more winnable games in the next couple of weeks can kick-start a revival and lift them off the foot of the table.

The Clarets were without the injured Johann Berg Gudmundsson, who was made to wait for his 100th Premier League appearance, as Dale Stephens returned to the starting line-up.

Chelsea made five changes to the side that had started their mid-week Champions League win in Russia and were forced into one further late swap when Christian Pulisic – a hat-trick scorer in a 4-0 win at Turf Moor last season – pulled up lame in the warm-up.

His place went to Germany international Werner – one of the Blues’ collection of big-money summer signings. 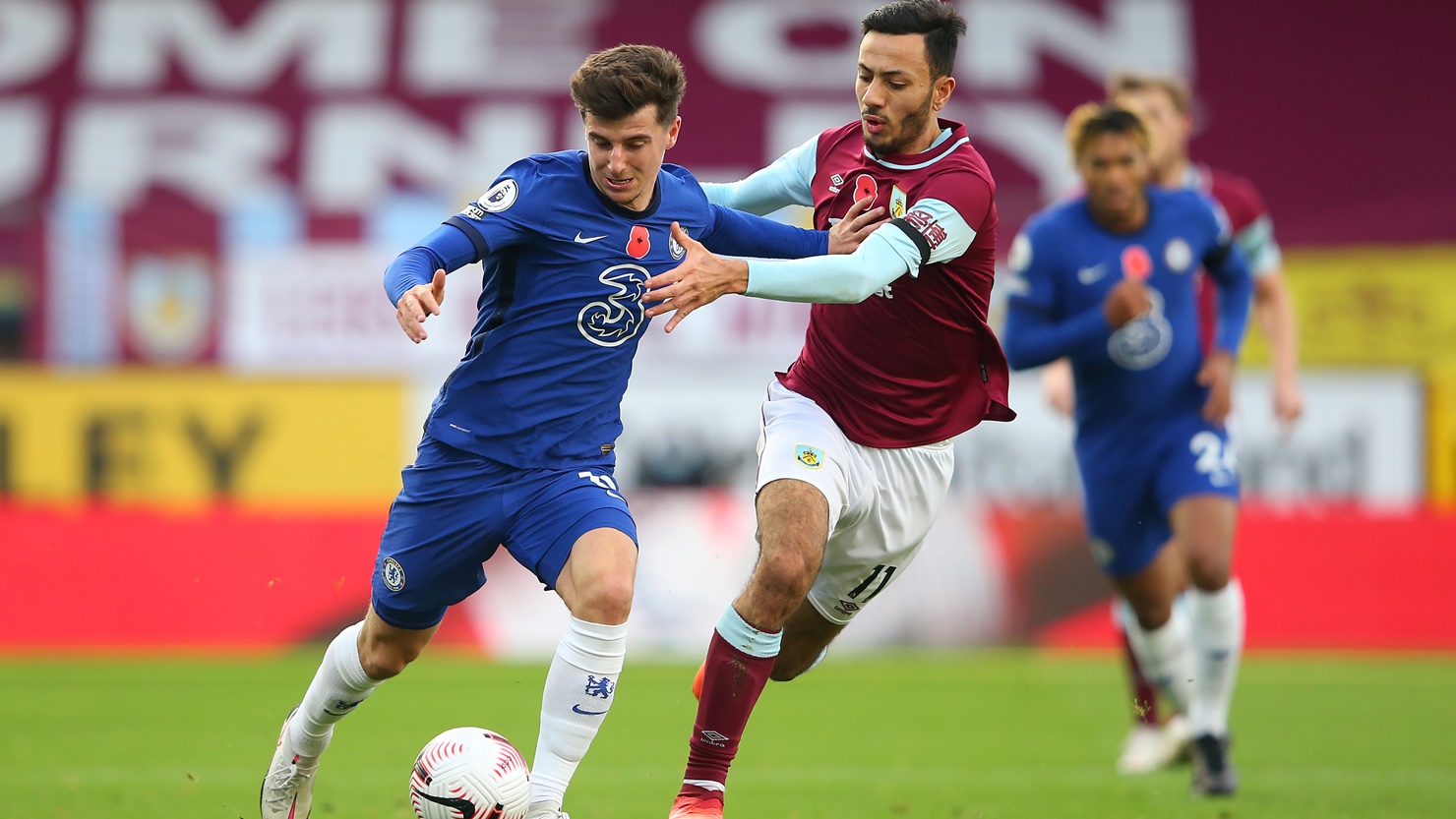 And it was another expensive recruit who gave Chelsea a half-time lead. Ziyech had scored his first goal for the club in a 4-0 win at Krasnodar on Wednesday night and on his full Premier League debut doubled his tally with 25 minutes gone.

Chelsea invariably had umpteen passing options around the Burnley penalty area and when Tammy Abraham picked out Ziyech, the former Ajax midfielder shot early and past an unsighted Nick Pope to open the scoring.

There was an air of inevitably about it, although it was the Clarets who should have gone in front from their only chance of the half.

With just five minutes gone, Matt Lowton floated a magnificent pass over the Blues’ defence but Barnes’ first touch was heavy and when Edouard Mendy advanced, the Clarets’ striker lifted his effort over both the goalkeeper and the target - although Mendy's follow-through into Barnes could have led to a spot-kick. 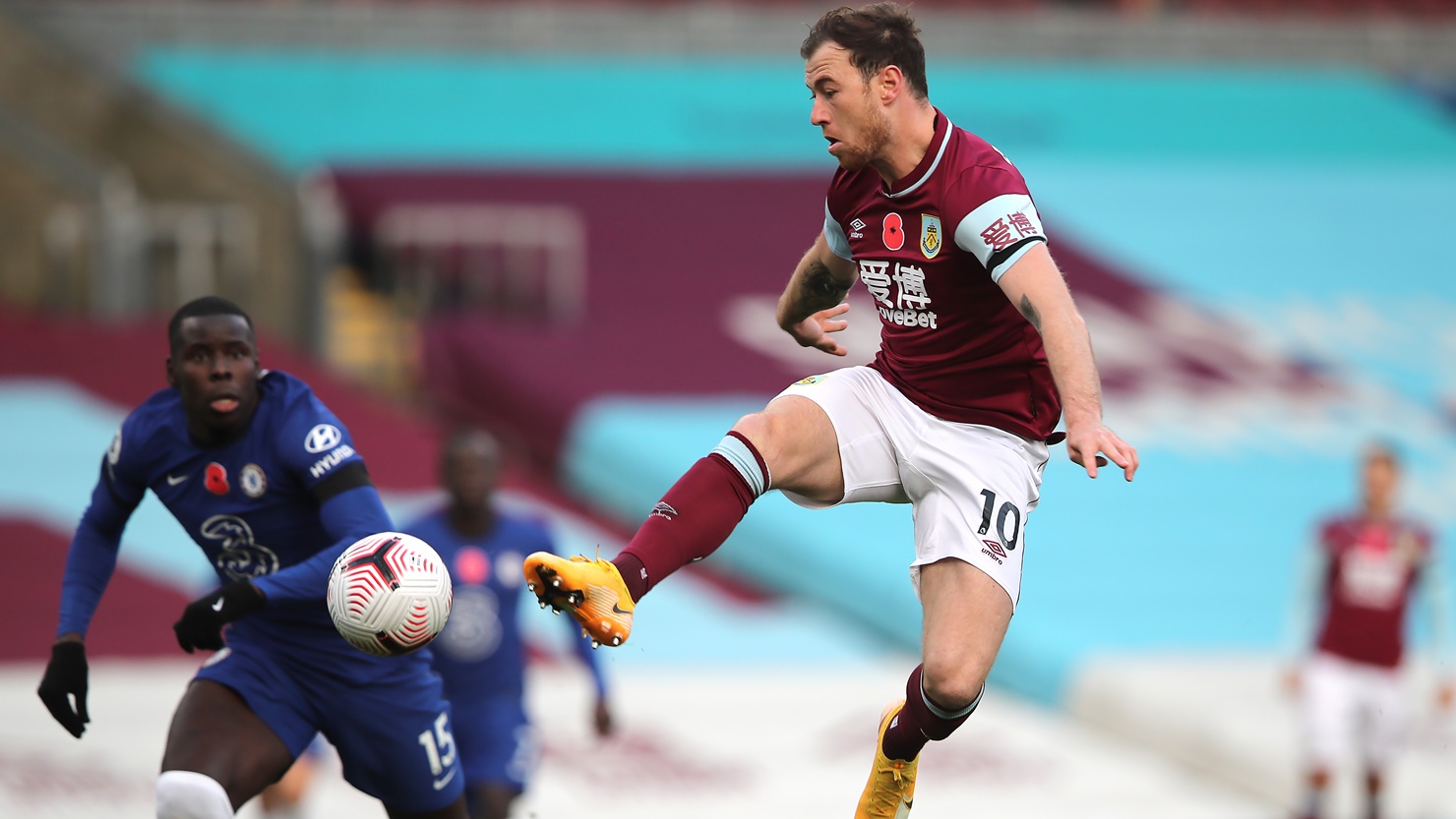 Burnley didn’t threaten again and were glad to reach the break still in touch, prompting a change at the start of the second half with the introduction of Jay Rodriguez from a substitutes’ bench including teenage forwards Max Thompson and, for the first time at Premier League level, Lewis Richardson.

Rodriguez replaced Stephens in a re-shuffle that saw Josh Brownhill move inside and Dwight McNeil also tuck in between Rodriguez and Ashley Barnes in a 4-2-3-1 line-up.

And even though the visitors had the first sight of goal of the second half – Mason Mount shooting straight at Pope – the Clarets were getting further up the pitch to play in Chelsea’s half and put the Londoners under some pressure for the first time.

Barnes tried his luck with a long-range effort which skidded just wide but with just over an hour gone Chelsea struck again to double their lead and effectively secure the points.

A superb tackle from Charlie Taylor kept out Ziyech but from the corner that followed, the towering figure of Zouma climbed highest to meet Mount’s delivery, via a flick off the head of Chris Wood, and power a header into the top corner. 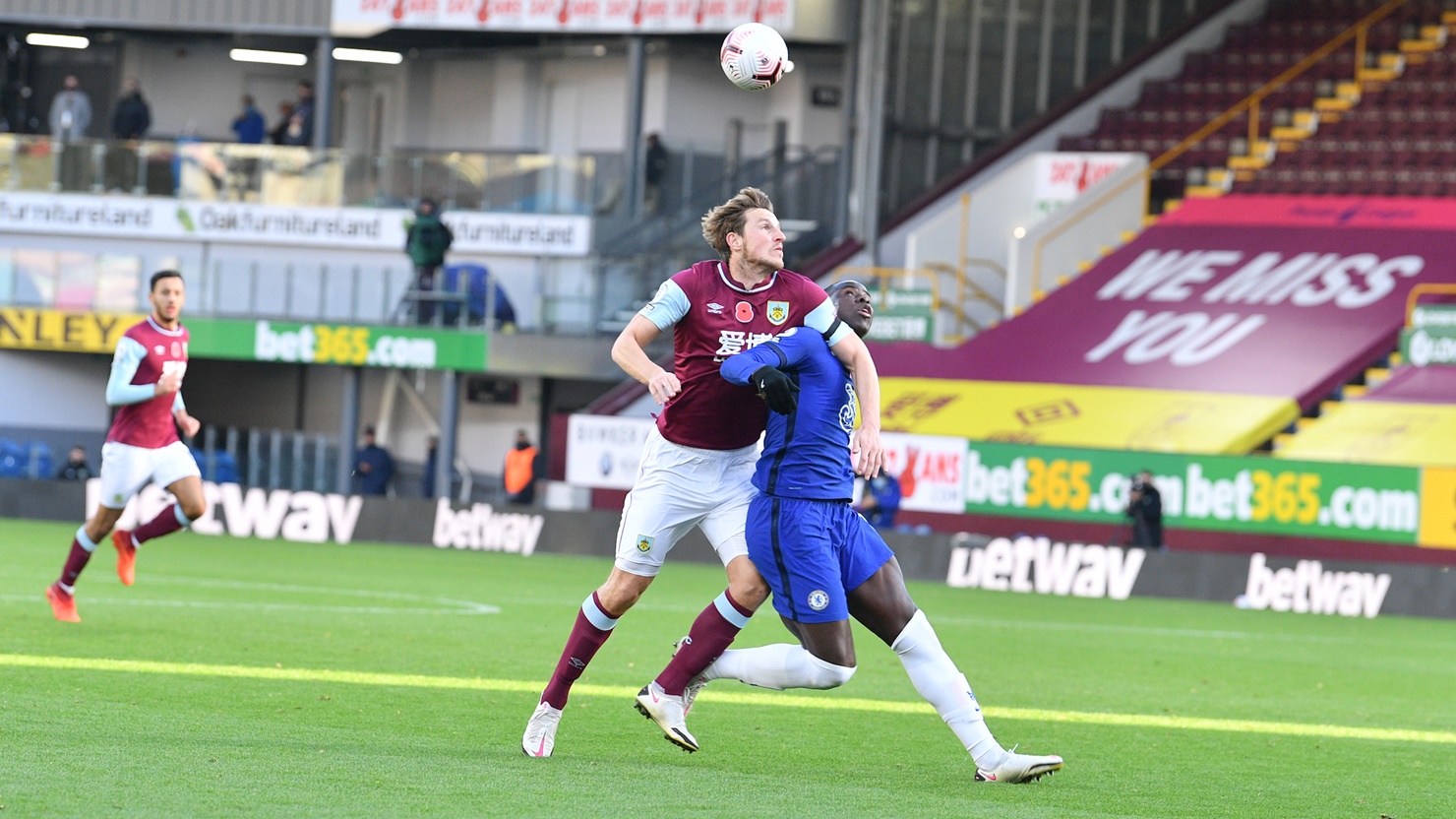 There looked to be little way back for the Clarets and with 20 minutes to go they were cast further adrift when Frank Lampard’s side added a third.

Reece James intercepted a pass from Ashley Westwood to catch Burnley short-handed at the back and when the ball was then fed further forward by Ziyech, Werner was left free to clip an effort past Pope.

Substitute Olivier Giroud had the ball in the net one more time for the Blues but the France World Cup winner did so from an off-side position as Chelsea were denied as fourth goal.

But their task was already accomplished as the Clarets were left with work to do of their own as they look to bounce back at Brighton next week ahead of the next international break.