One hundred years ago, the Clarets were on the verge of becoming Football League champions for the first time.

And they did it on the back of a remarkable unbeaten run which was to stay in the record books until the 21st century.

The Clarets – under the management of John Haworth and including the legendary figures of goalkeeper Jerry Dawson and inside forward Bob Kelly – didn’t lose for 30 Division One matches.

The record-breaking run started with a 3-0 home win over Huddersfield Town on September 6, 1920 after Burnley had lost their first three games of the season. 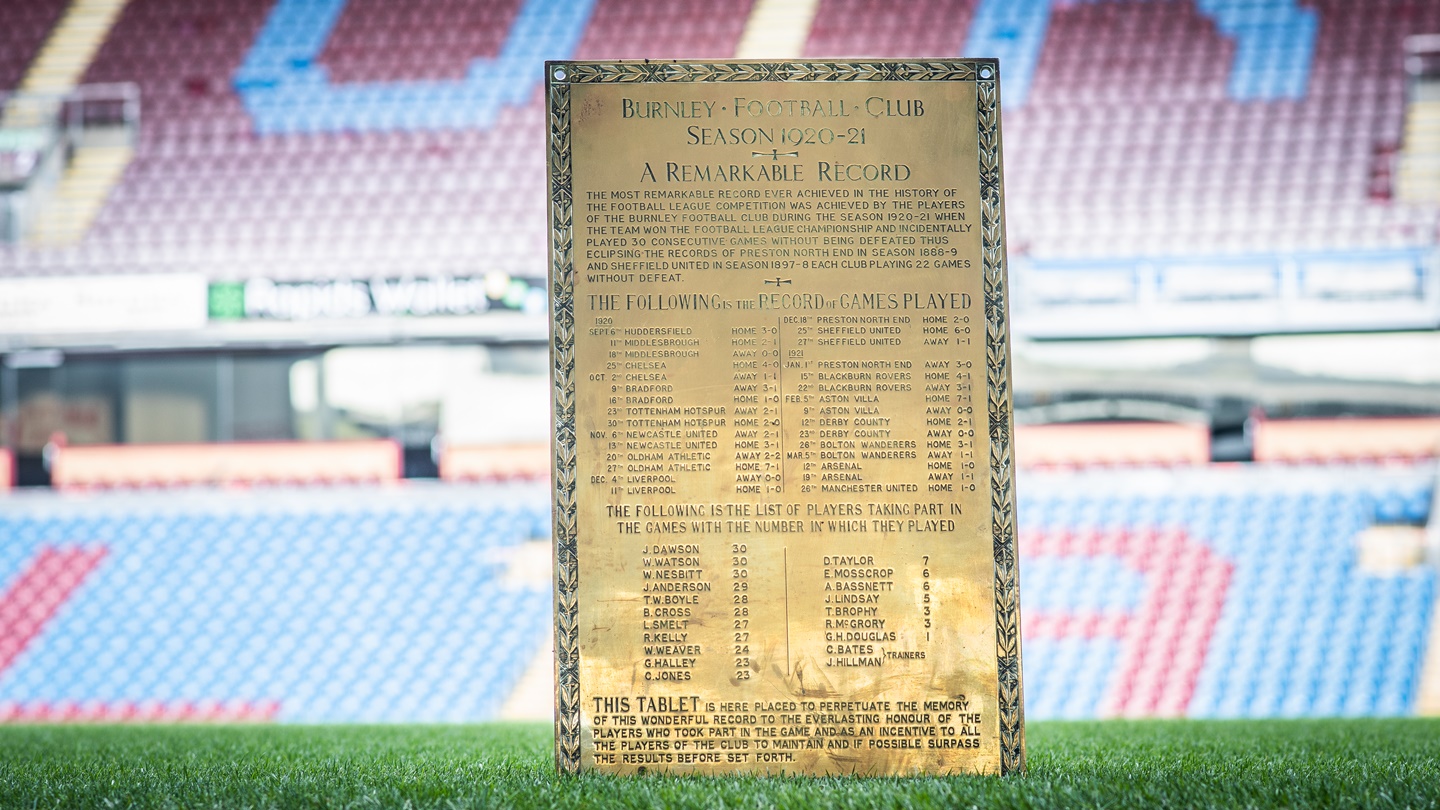 It had been an unprecedented run which saw the Clarets – who had been runners-up in the championship race the season before – go on to the clinch the title with a 1-1 draw at Everton on 23 April, four games from the end of the season.

Burnley had put their name on the trophy first awarded to the ‘Invincibles’ of Preston North End as the League’s first winners.

Burnley’s new mark of 30 matches undefeated in a single season - recorded on a specially commissioned plaque (above) which for many years hung outside the home dressing room at Turf Moor - was to last a lot longer.

Brian Clough’s Nottingham Forest were unbeaten for 42 league games between November 1977 and December 1978.

But that remarkable sequence was extended over two seasons and it wasn’t until Arsenal won the 2003/04 Premier League with an unblemished 38-game record that Burnley’s achievement was surpassed.

Leeds United had gone close, having chalked up 29 league games unbeaten on their way to the First Division title in 1973/74 before losing 3-2 at the Victoria Ground to Stoke City in February 1974.

But the Clarets would remain the proud holders of the record for a further 30 years and today we mark the end of that epic run which earned Burnley a lasting place in the history of English football.