Burnley recorded a hard fought point at Wolves on Wednesday night with a 0-0 draw at Molineux. Both teams had opportunities to score throughout the game, but the Clarets defended superbly to pick up a point on the road and extend our unbeaten run in the Premier League to five matches.

Manager Sean Dyche made two changes from our last match versus Crystal Palace, Jack Cork and Nathan Collins in for the suspended duo, James Tarkowski and Ashley Westwood.

The hosts were missing Ruben Neves through suspension, with Mexican international Raul Jimenez leading the line for the Midlands outfit. 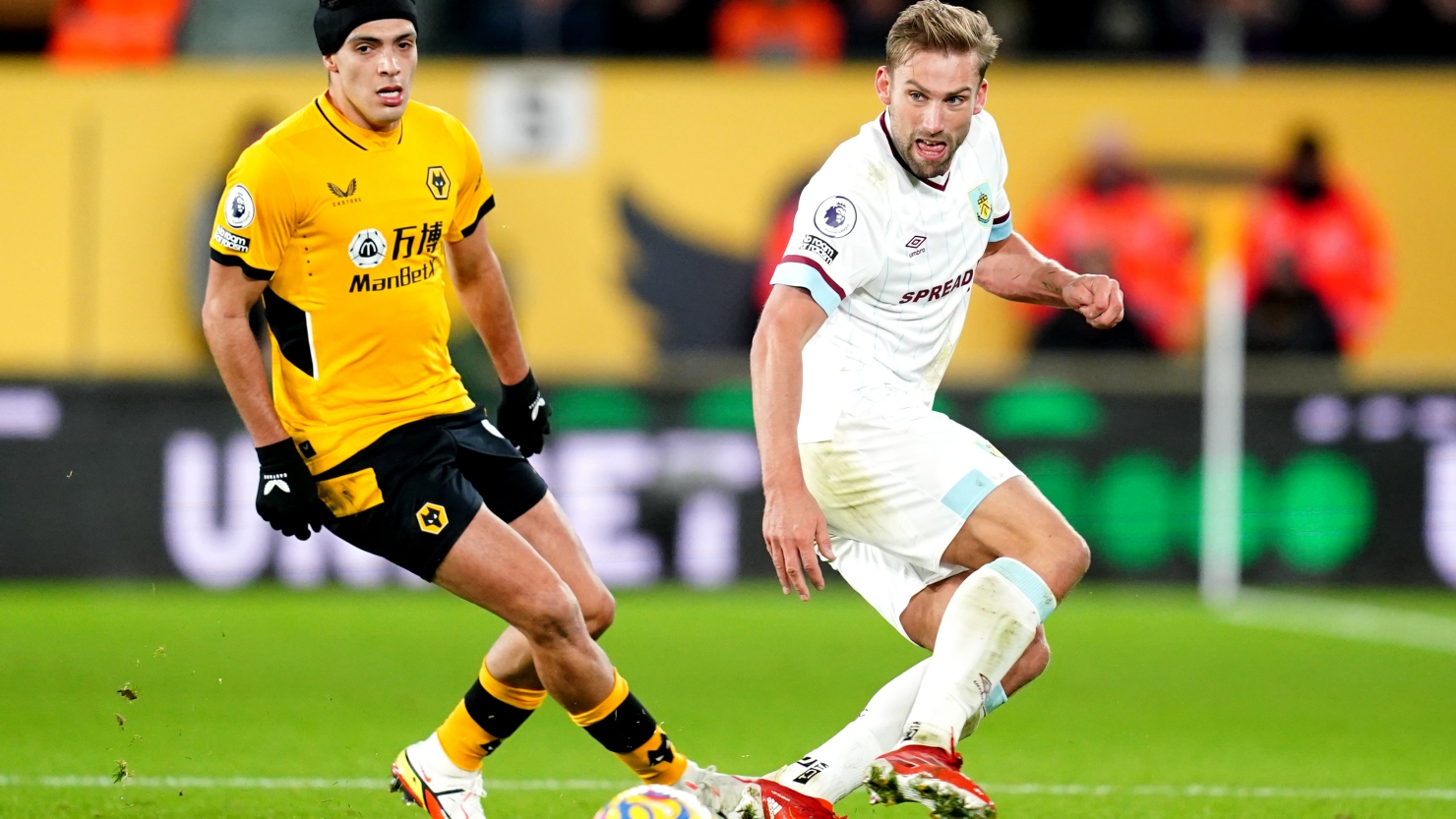 Wolves, lying in sixth spot, having won their last three home Premier League fixtures, saw plenty of possession in the opening stages, but it was the Clarets who had the first chance, when Charlie Taylor hit a bouncing ball wide of the mark from just outside the penalty area.

At the other end, just before the quarter hour mark, Nick Pope calmly collected a header from Leander Dendocker and Raul Jimenez drove a long-range effort wide of the right hand post.

Chris Wood followed up with a half chance after a flick on from Nathan Collins, but the New Zealand striker couldn’t get a clean connection on his shot.

Midway through the half, Hwang Hee-Chan skipped away from a Burnley challenge and unleased a powerful 25-yard strike, which was well saved by Pope.

A huge let off for the Clarets on the half hour mark, as Wolves hit Burnley on the counter attack from a corner, with Adama Traore left one on one with Taylor, however, his fierce right footed shot cannoned off Pope’s cross bar.

Moments later, Wolves again got bodies forward after a Burnley attack, but a world class challenge from Taylor denied Jimenez a sure goal scoring opportunity.

Burnley finished the first half in a positive manner with the game still without a goal and all to play for in the second period. 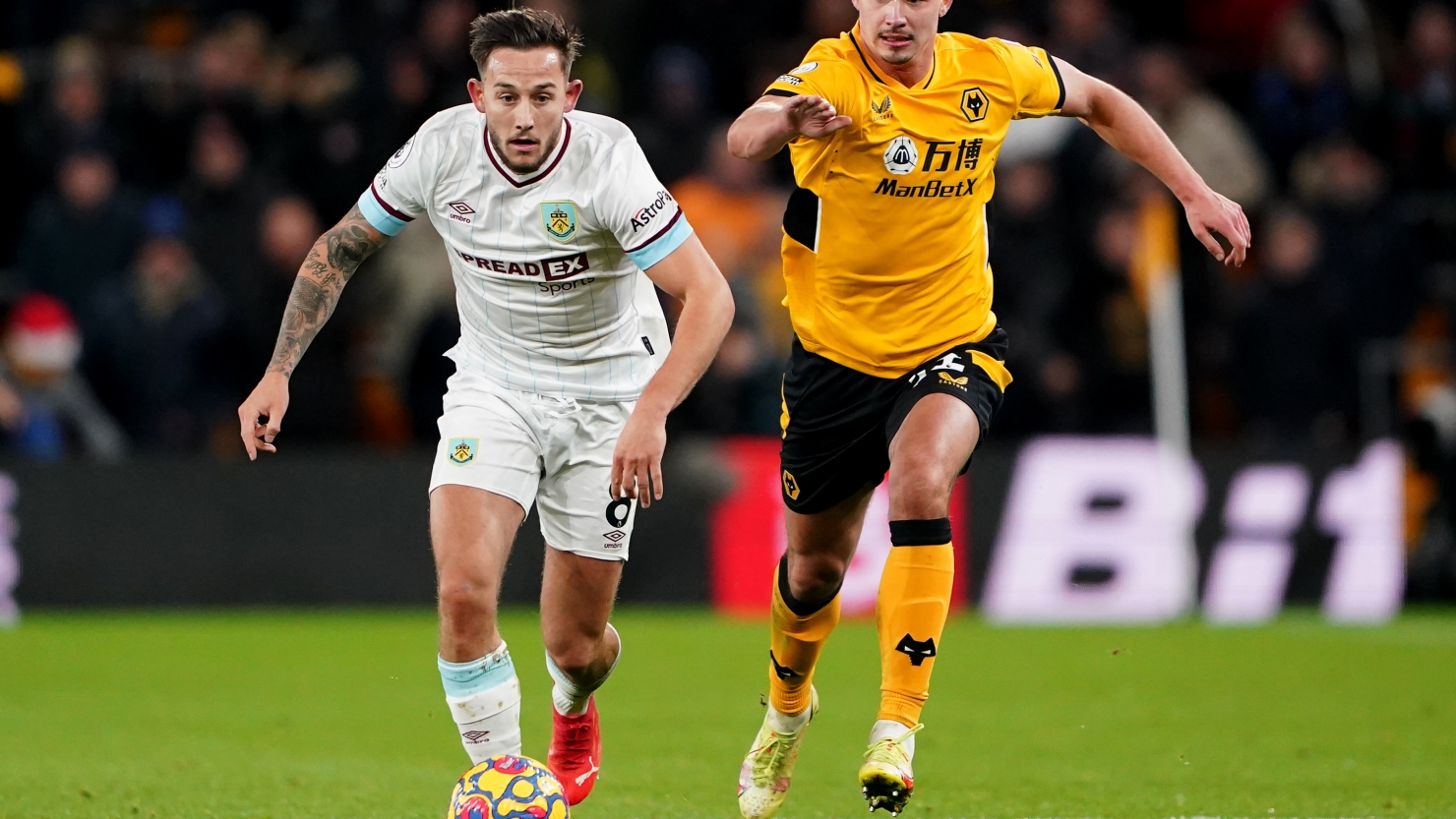 The hosts began on the front foot at the beginning of the final 45, giving Burnley some work to do to ride the home side’s momentum. The Clarets defended excellently, giving Dyche’s men a solid foundation to build upon as they looked to test opposition goalkeeper Jose Sa.

In the 59th minute, Wood was replaced by former WBA man, Jay Rodriguez in Burnley’s first change of the evening. And his impact was immediate, causing issues for the Wolves back line as the Clarets started to frustrate the home crowd.

Collins, who was having a tremendous game alongside skipper Ben Mee, made a vital block from a Hee-Chan shot as the score remained 0-0.

The second substitution followed in the 71st minute as Matej Vydra came into the fray, swapping for Johann Gudmundsson, the latter having a golden chance just before being withdrawn but couldn’t round goalkeeper Sa.

With 12 minutes to go, a weaving run from Dwight McNeil got the better of two Wolves defenders, but his shot was palmed away for a corner. From the resulting set piece, Burnley couldn’t get an attempt on goal despite a number of openings, as they looked for a breakthrough.

At the other end, Pope had to be at full stretch to deny Traore, after the ball fell kindly to the Spanish winger on the edge of the box.

Our next game is away at Newcastle United on Saturday 4th December, kick-off 3pm.