Never before in the Premier League era had the Clarets avoided defeat for five successive games away to the same opposition.

But they were within minutes of doing that for the first time after James Tarkowski had quickly cancelled out Mason Greenwood’s opener early in the second half with his first goal of the season.

The Clarets looked well worth a point which would have extended to seven their advantage over the bottom three following Fulham’s 1-1 draw at Arsenal earlier in the day.

As has become the norm here, Dyche’s men matched United nearly all the way with a fighting performance which bodes well for the remainder of the run-in.

But the Clarets have also suffered their share of disappointment from late goals during their unbeaten run at the home of the former champions.

And that proved to be the case again as Greenwood and Edinson Cavani struck inside the last 10 minutes to keep United’s faint title hopes alive and leave the Clarets still with work to do at the other end of the table. 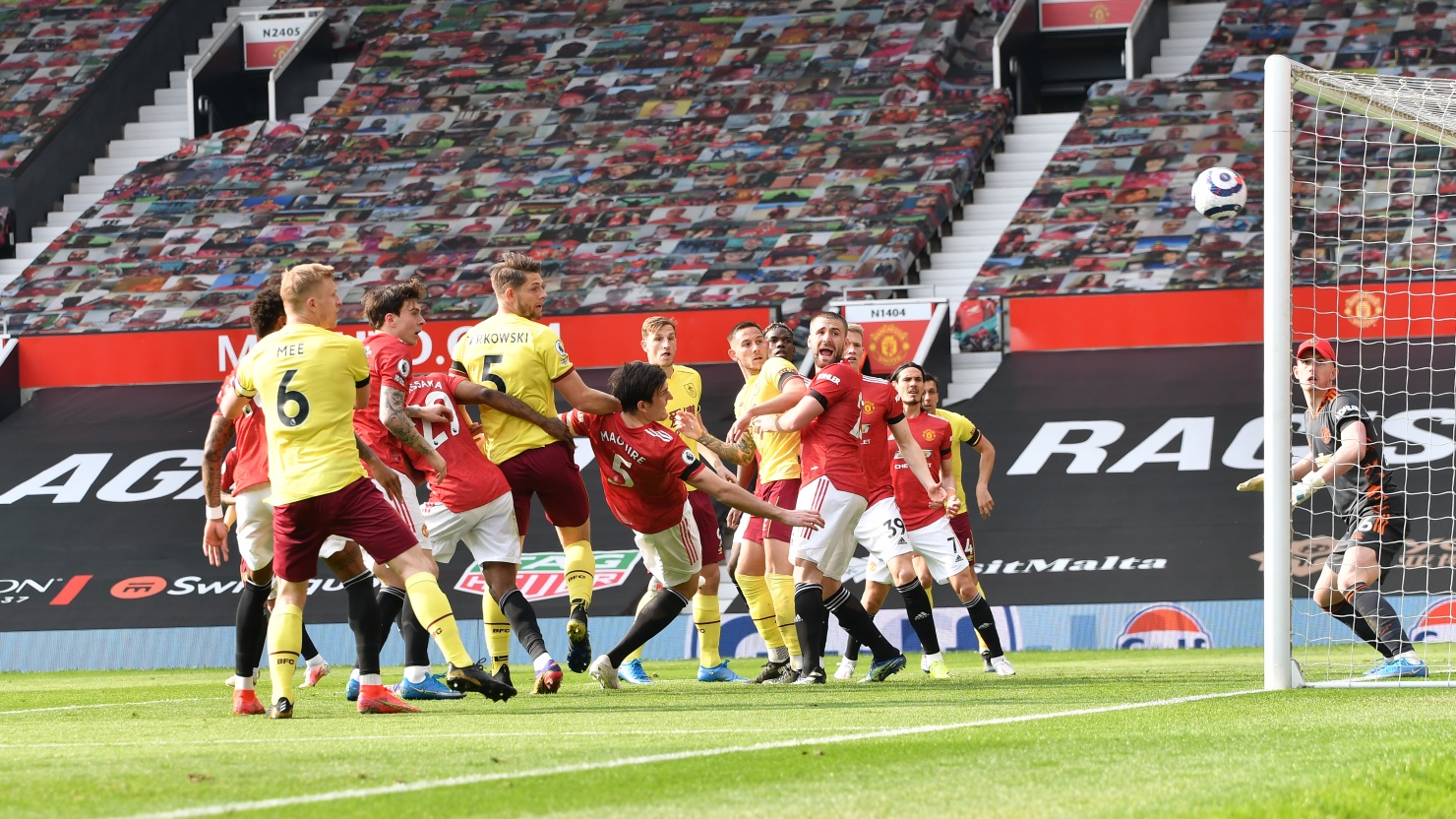 The Clarets made two changes to their starting line-up as Charlie Taylor returned at left-back and Jack Cork started his first game since early March.

Cork’s return in central midfield allowed a change of formation as he slotted back in alongside Ashley Westwood, with former United youngster Josh Brownhill playing more advanced in support of lone striker Chris Wood.

The plan was to negate United’s numerical supremacy in the middle of the park but didn’t mean the Clarets just parking the bus as they put in a tremendous collective shift to test the Europa League semi-finalists to the full.

And inside the opening seconds Burnley had the ball in the net, Wood flicking in a header from Matt Lowton’s ball forward but from a marginally offside position.

Inevitably, United saw plenty of the ball but the Clarets worked tirelessly to limit their openings, with Bailey Peacock-Farrell – again deputising for the injured Nick Pope – forced into just two saves before half-time.

His first was a smart stop to turn away a Paul Pobga header that may have sneaked into the top corner before the Northern Ireland international then touched a rising drive from Marcus Rashford over the top.

The Clarets played with great discipline and then when the opportunity arrived looked to hit the hosts on the break.

And Wood, who had scored on the Clarets’ last two profitable trips to Old Trafford, went close again when he met a fine delivery from Lowton on the defender’s 200th Premier League appearance with a header that flew just wide. 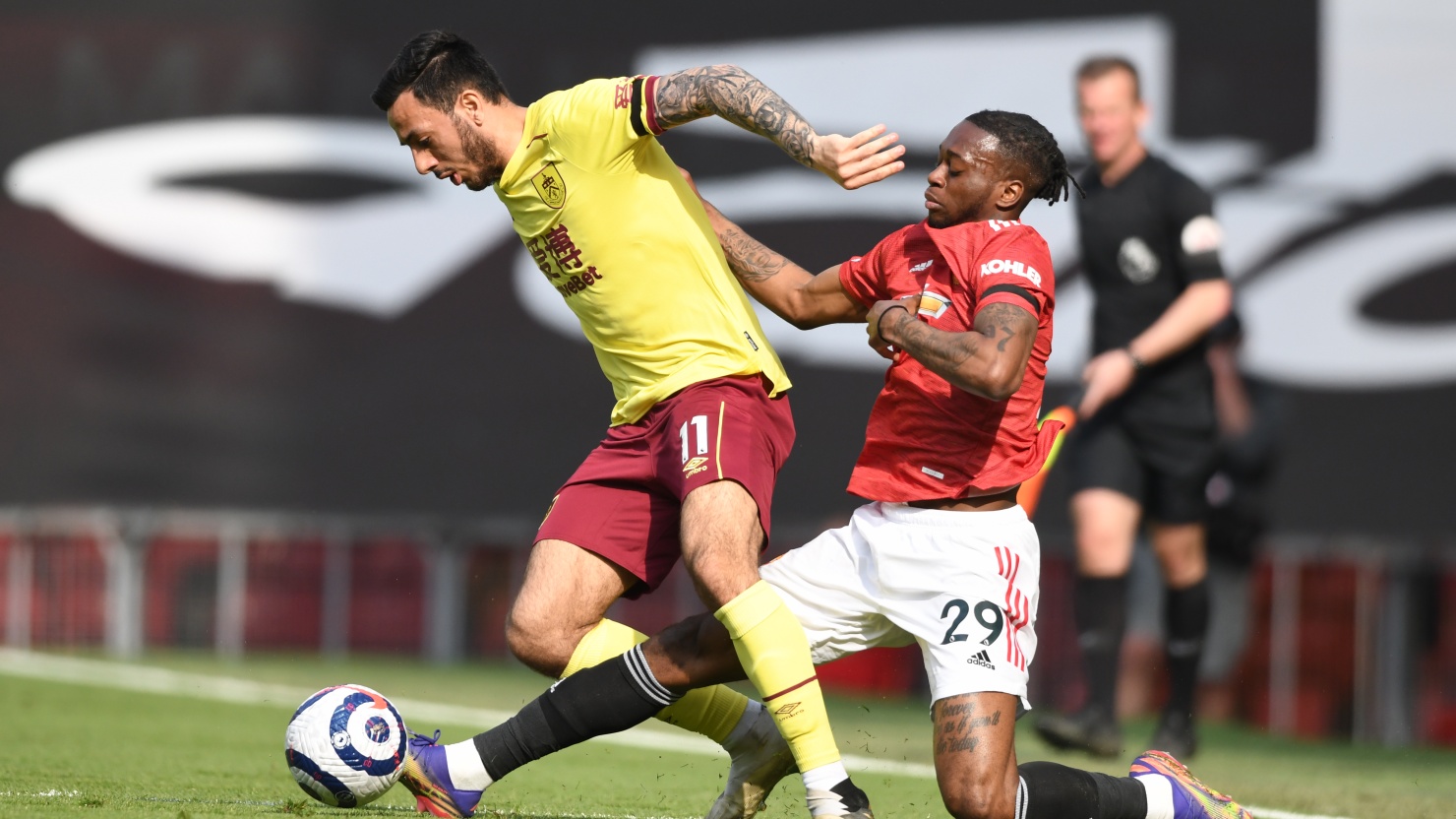 United’s lack of penetration brought a half-time change with the introduction of Cavani as the focal point of their attack.

But the former Paris St Germain striker hadn’t worked up a sweat when United went ahead three minutes after the break through Greenwood, who slotted home after Bruno Fernandes had let Rashford’s pass roll perfectly into his path.

Suddenly, the Clarets had to start again and within two minutes they were level.

McNeil’s burst into the box earned a corner and from Westwood’s delivery, Tarkowski showed the desire and determination to be first to the ball to head home his first goal since July against the team he supported as a boy.

It was the perfect response and the Clarets continued to look positive as Wood – a constant threat to the United back line – saw a couple of shots charged down and from another break, Brownhill inadvertently got in the way of a McNeil shot.

Burnley looked as likely as United to go and get a winner as they continued to unsettle the home side’s defence without looking unduly stretched at the other end.

But with just over five minutes to go, Ole Gunnar Solskjaer’s side struck to keep their faint title hopes alive. 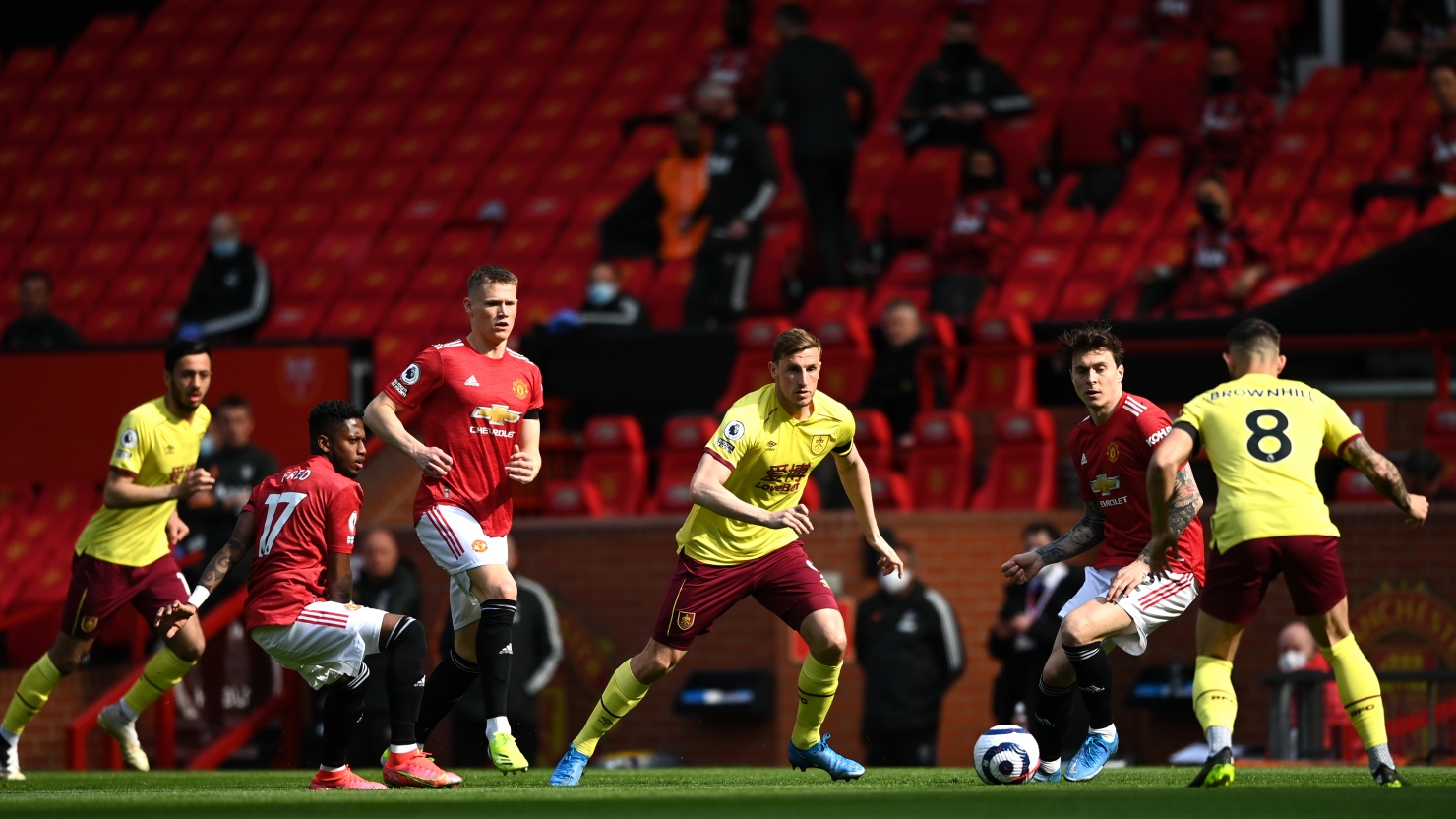 And again it was Greenwood who claimed the goal, albeit with the help of a big deflection off Cork as he defended following a corner which took the ball past an unsighted Peacock-Farrell.

The Clarets’ keeper then made a fine save to deny Scott McTominay but with Burnley committed to all-out attack they were picked off in stoppage time as Cavani tapped home to harshly consign the Clarets to a third successive defeat.