The Clarets were denied a first Premier League win of the season by a late Jamie Vardy goal in a thrilling 2-2 draw with Leicester City.

It looked as if the Clarets were on for a deserved first league victory of the campaign after a brilliant goal from Maxwel Cornet just before half-time had put them 2-1 to the good.

It was the second time the Clarets had led, Vardy earlier scoring an own goal from an Ashley Westwood corner, before equalising for City.

Cornet’s first strike in English football, a first-class volley at the back post, put the visitors back on top but six minutes from time Leicester striker Vardy scored his second to make it 2-2.

It then looked like Chris Wood had struck in the dying seconds to secure a dramatic win but VAR ruled his strike to be offside, leaving Sean Dyche and his team to settle for a point.

The manager kept Cornet and Matej Vydra in the starting line-up following their efforts in the 4-1 cup win against Rochdale in midweek and was rewarded when both combined for the Ivorian’s wonderful strike to give them the lead.

That gave the Clarets a half-time for the first time in the Premier League since the opening day against Brighton. 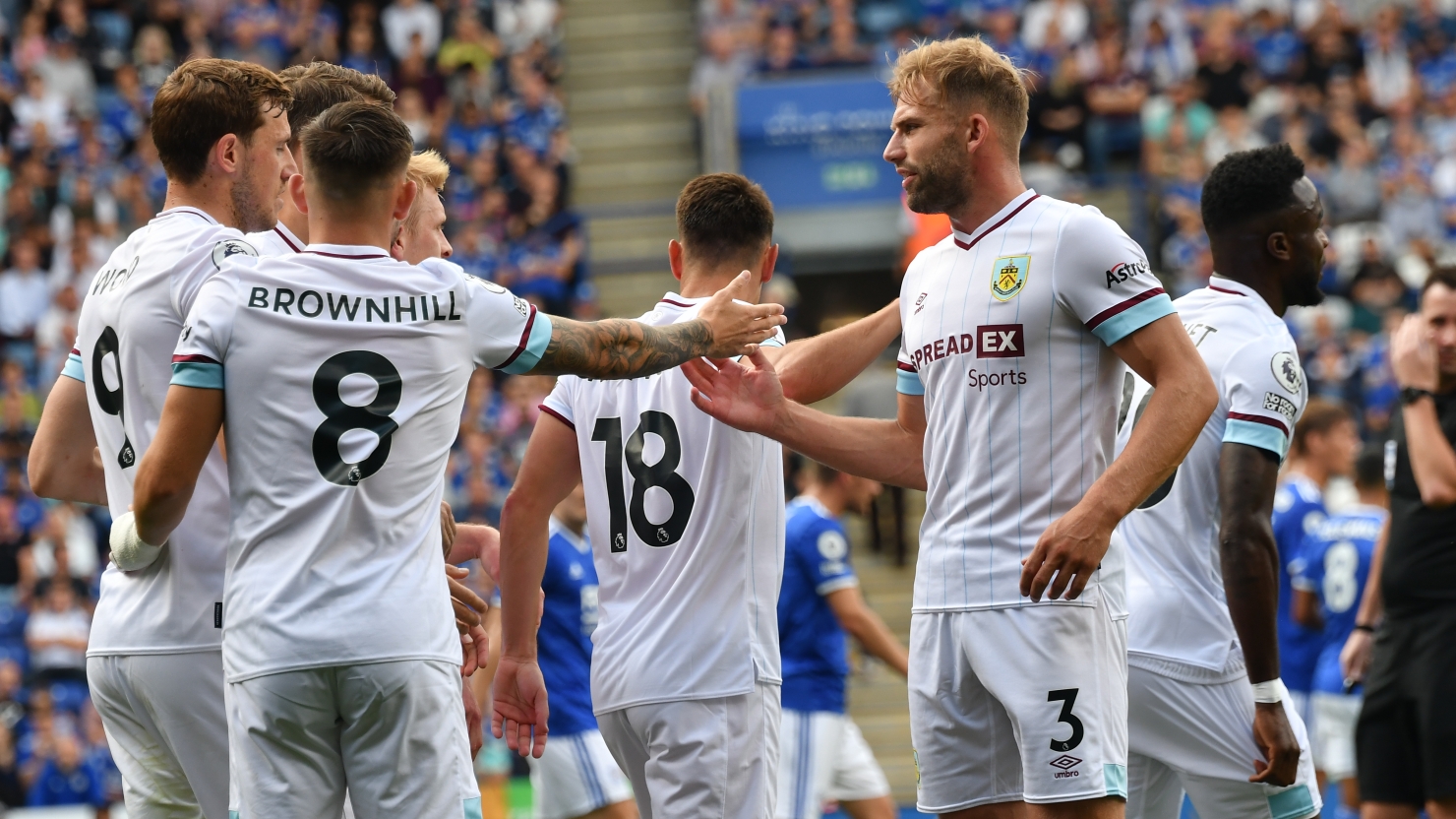 But they couldn’t quite convert it into a first league win in six attempts this season, despite another positive performance.

The afternoon started well when Westwood’s dangerous corner was touched into his own net by former England striker Vardy, beyond the helpless Kasper Schmeichel to give the Clarets a dream start.

Roared on by a marvellous travelling support, they continued to give the Foxes real problems in their first visit to the former Premier League champions since a 4-2 defeat on the opening day of last season.

After unintentionally giving Burnley the lead, Vardy then responded for the hosts. The 34-year-old arrowed the ball past Nick Pope eight minutes before half-time to equalise.

But Cornet’s stunning volley, after some excellent work from the returning Vydra, put Burnley straight back in front.

It was some way for the Ivorian winger to mark his first start in the Premier League. 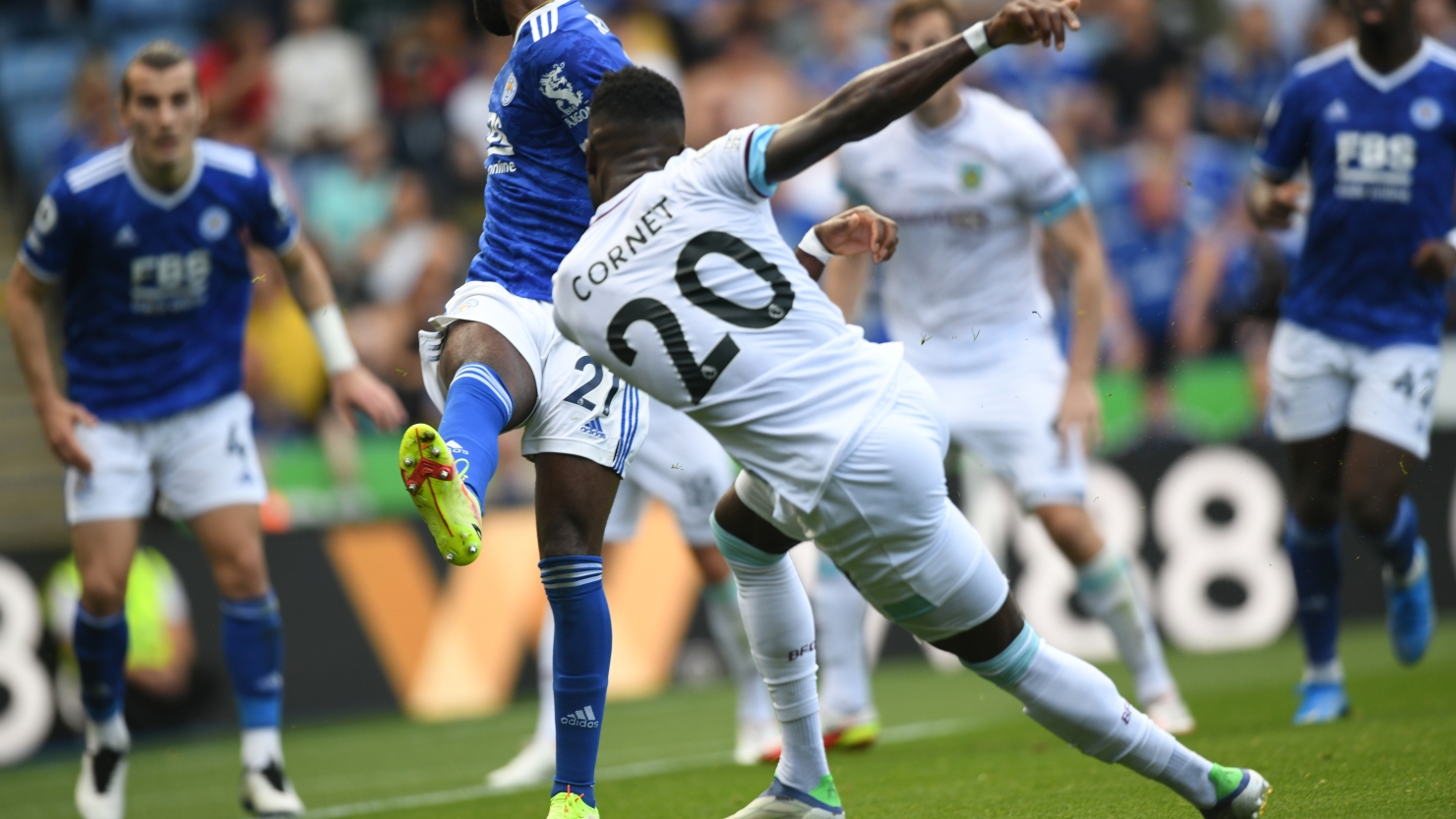 In a thrilling, end-to-end clash, both sides may feel they could have had more but the Clarets defended magnificently all afternoon, with Matt Lowton making two stunning blocks in the first half, the second of which denied Vardy a certain goal.

James Tarkowski and Ben Mee were also outstanding at the heart of the defence, soaking up wave after wave of attack.

But they couldn’t quite hold on and Vardy pegged back Dyche’s team for the second time with five minutes to go.

Barring the late equaliser, the other disappointment of the day came when Cornet saw his afternoon end early, with what looked like a hamstring injury, just before half-time. 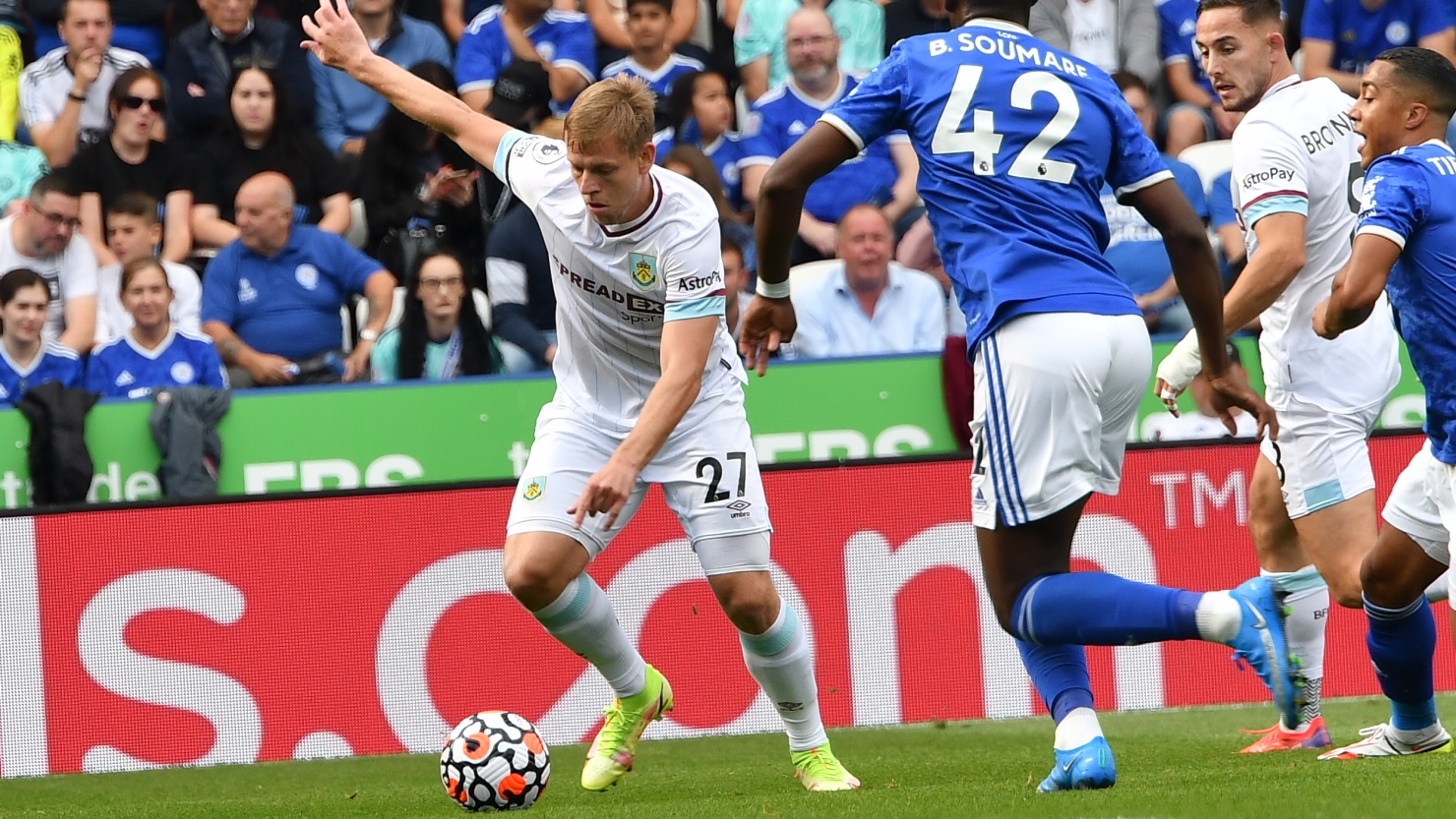 The away end then erupted when Wood looked to have won it, but a VAR check ensured it would end 2-2 at the King Power Stadium, as the Clarets now prepare for a Turf Moor clash with Norwich City next weekend.