Sean Dyche celebrated his 350th league game in charge of the Clarets with the win that means he will continue at the helm of a Premier League club.

A second successive away victory – and sixth in all to get within one of their highest tally as a Premier League club – ensured that Burnley will stay up as they climbed to 14th place in the table and confirmed Fulham’s relegation back to the Championship.

First-half goals from Ashley Westwood and Chris Wood – his 50th for Burnley and eighth in eight games at a critical stage of the season – got the job done as the Clarets admirably held their nerve in Fulham’s last-chance saloon.

Having taken the initiative, the result was never really in doubt as the Clarets showed all the resolve and determination that turned their season around to keep them among the elite for a sixth successive season.

From a position bottom of the table in November with one point from their opening six games – and no wins in their first seven games – Dyche’s men have performed heroics to pull themselves clear of danger. 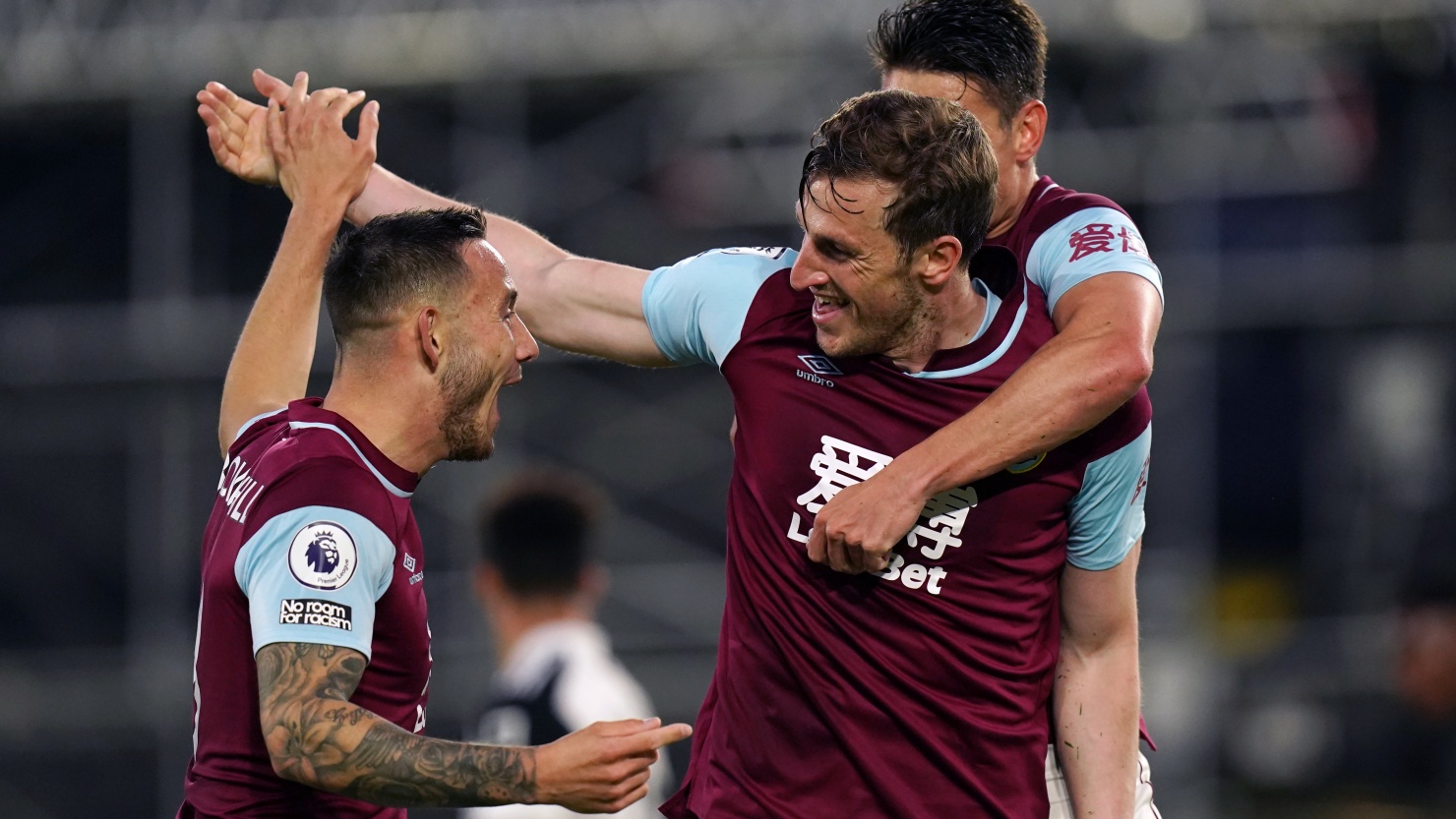 And while a run of four defeats in their last five games had kept the finishing line teasingly at arm’s length, they again produced the goods when it mattered with a near faultless performance which underlined their status as proven Premier League performers.

While the Clarets knew victory would guarantee their safety, Fulham knew anything less than a point would spell the end of their struggle to stay up.

And with that scenario at play, it was an understandably cat-and-mouse affair in the tense opening exchanges.

The Clarets had to be alert to deal with a number of balls into their penalty area, notably from Ademola Lookman.

But they coped well with the limited threat and gradually wound it up to create a number of openings around the half-hour mark which peaked with Westwood’s opening goal.

Inevitably top scorer Wood – who had an earlier effort disallowed after the ball had run out of play in the build-up – was heavily involved in the shifting balance of power.

His first header from a fine Charlie Taylor cross was goal-bound until striking defender Tosin Adarabioyo and bouncing wide from a corner. 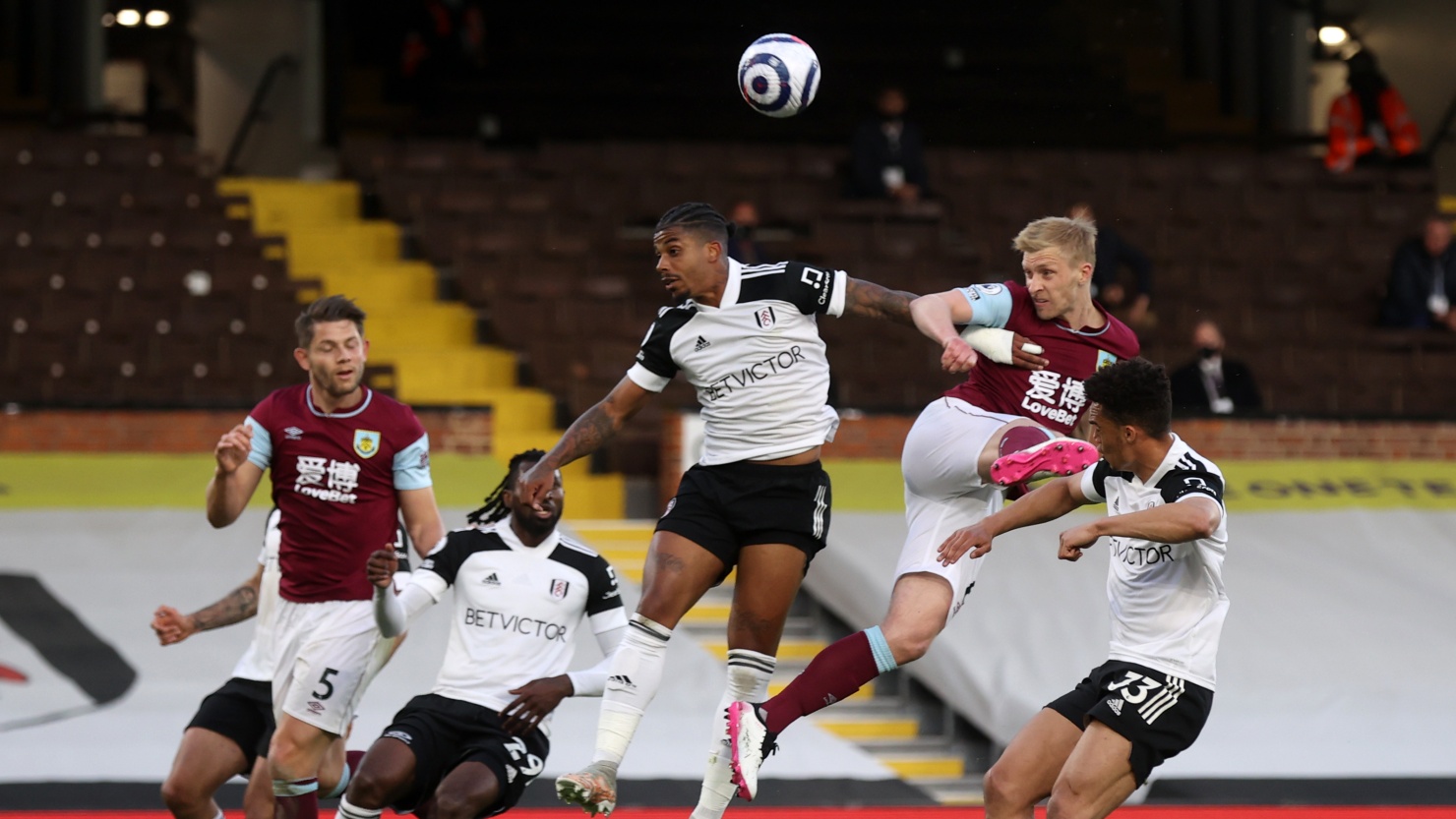 And from McNeil’s delivery, Taylor then met a downward header from James Tarkowski – who had been rock-solid at the other end – with a close-range flick Fulham keeper Alphonse Areola did well to keep out.

The pressure was building, though, and moments later the Clarets made the vital breakthrough with 10 minutes to go to half-time.

Matt Lowton’s perfectly flighted ball from the back released Vydra, who showed great composure to jink past Joachim Andersen and pull the ball back for Westwood to be rewarded for his burst from midfield to slide home his second goal in three games.

Vydra then flashed an effort wide on the half-volley and the Clarets’ positivity in not settling for their single-goal lead paid off with a huge second goal a minute before the break as Wood made it 2-0.

Wood enjoyed the bounce of the ball when his initial attempt to beat Adarabioyo was blocked.

But when Josh Brownhill kept the momentum going by feeding Wood again, the in-form striker needed no second invitation to thump a meaty shot into the top corner from the edge of the penalty area to reach a dozen goals for the season.

Fulham – who had scored just nine league goals at home all season – were visibly deflated and could have been even further behind by half-time as Wood and Vydra then combined for the latter to volley just over the top in stoppage time. 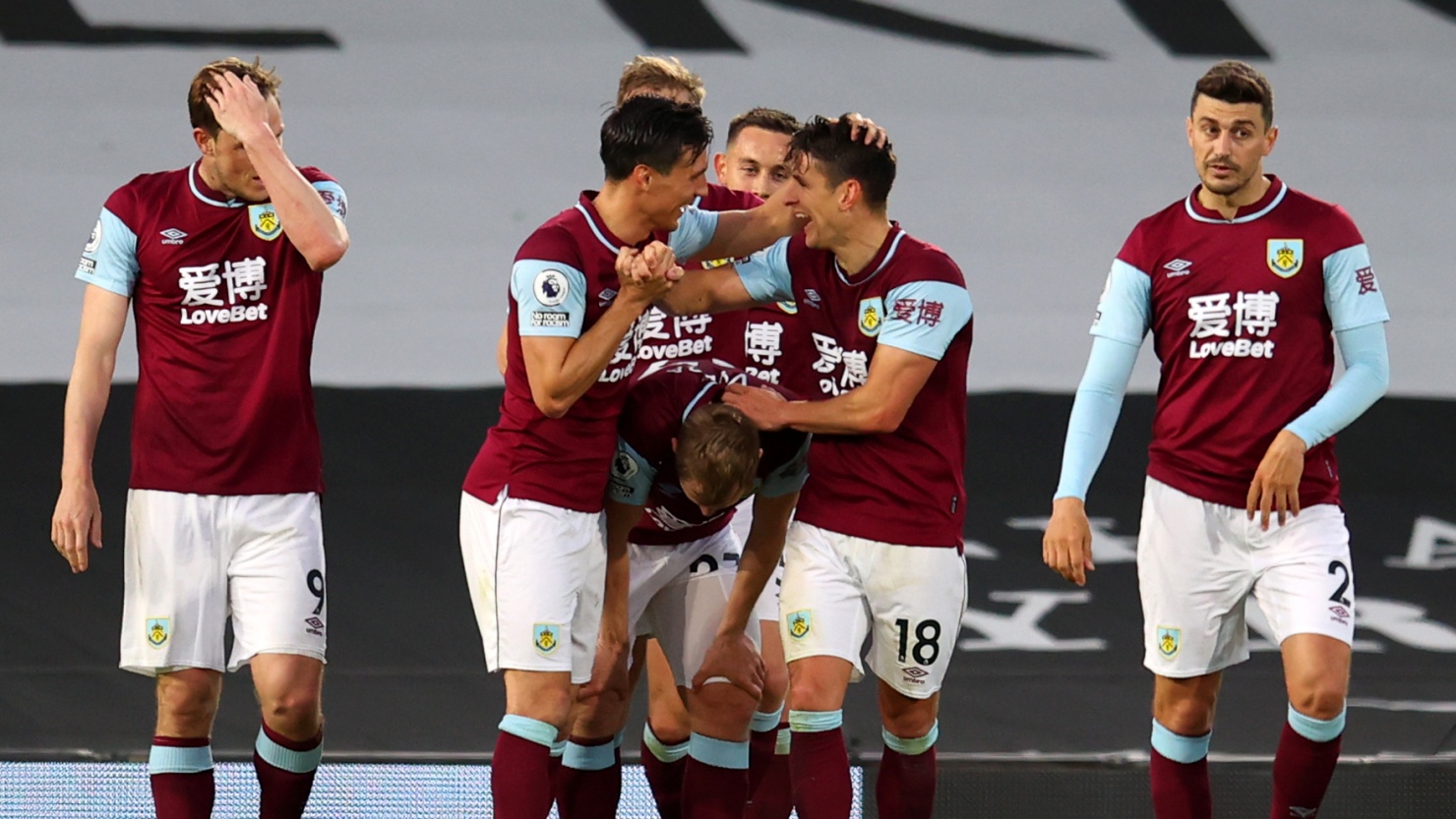 There had to be a response from the home side in some attempt to mount a fightback and keep their faint hopes alive.

And Aleksandar Mitrovic had two glimpses of goal with heading opportunities without really troubling Nick Pope who caught the first and watched the second sail wide as he looked to see out an 11th clean sheet of the campaign.

Fulham threw on an extra striker in Josh Maja and as things got a little hectic the Clarets also sent for fresh legs in the shape of Jay Rodriguez, who had scored twice in Burnley’s FA Cup win here in January, to make his 200th appearance for the club.

On a night of milestones, captain Ben Mee made his 350th Burnley appearance and his defensive work wasn’t done as Fulham kept pressing in the hope of a miracle.

But when Andre-Frank Zambo Anguissa cracked a shot against the underside of the crossbar and out again with 20 minutes to go they must have known the game was up.

With Fulham committed to throwing men forward the Clarets – who could also have been a man up after Areola had earlier come flying out of his penalty area and palmed the ball away – almost grabbed a third.

But even though Rodriguez was denied his 100th goal in league football by Areola’s smart save this was still a near perfect night for the staying-up Clarets.