A magnificent goal from Dwight McNeil epitomised a superb collective performance and propelled the Clarets to another big away-day win and ever closer to Premier League safety.

Burnley’s homegrown talent scored his first goal away from Turf Moor with a stunning solo effort which guaranteed a fourth away win of the season and a record-breaking second on Merseyside.

McNeil added to Chris Wood’s sixth goal of the campaign as the Clarets produced one of their best attacking performances to pull further away from the bottom three.

Dominic Calvert-Lewin quickly pulled one back for an Everton side chasing a top-six finish but struggling to win at Goodison Park to complete the scoring before the end of a breathless, highly entertaining first half.

But Sean Dyche’s men had enough in hand to secure only a second win in 10 league games with a record of one defeat in eight underlining their determination to extend their top-flight status into a sixth year as they head towards a well-deserved three-week break.

The Clarets had never won at both Liverpool and Everton in the same season before and thanks to their victory at Anfield in January, the possibility of the double was on.

And just 25 minutes in it looked a distinct possibility thanks to a dream start for the visitors which saw them take a 2-0 lead. 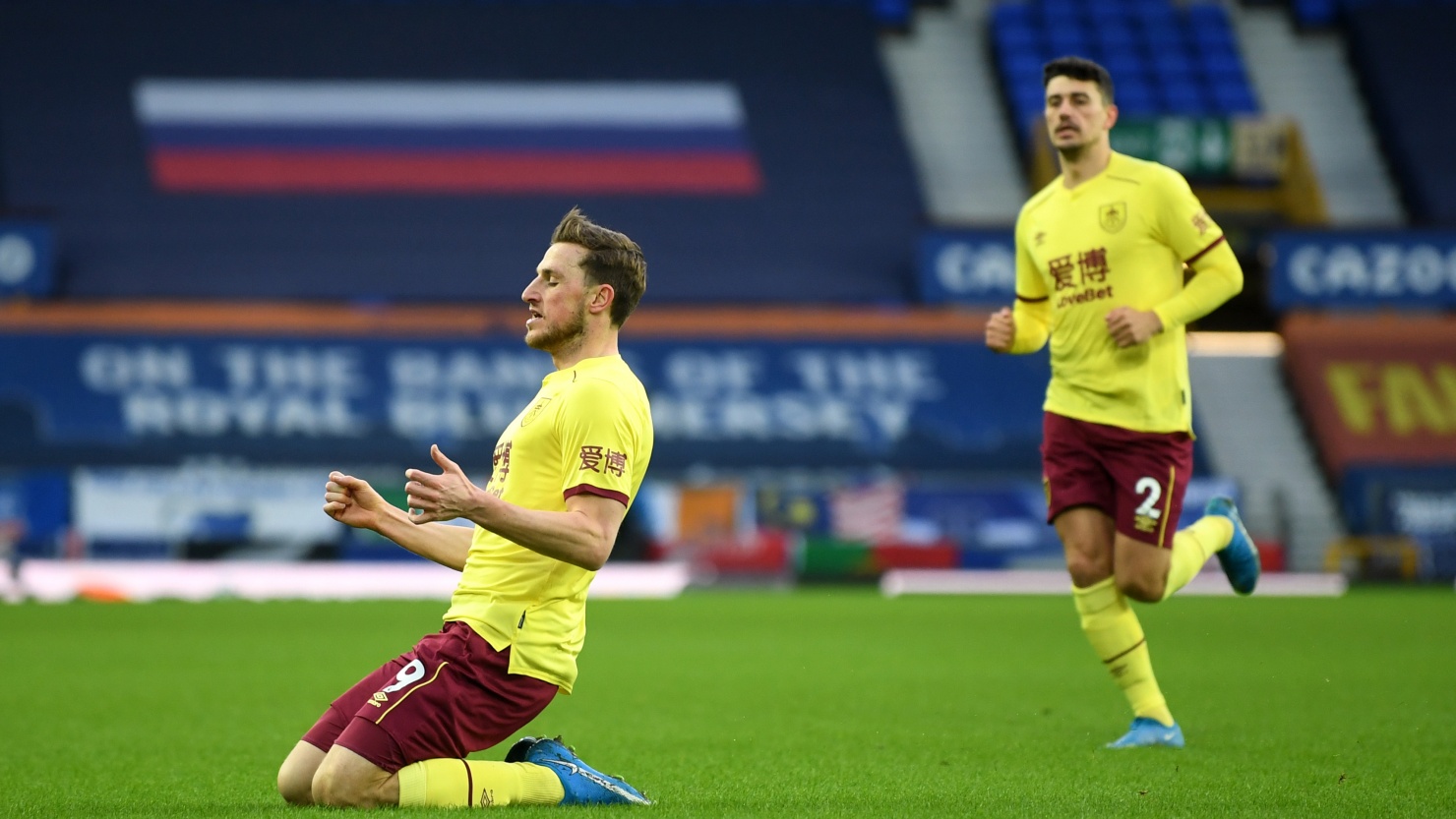 A week ago, Wood had punished Arsenal for some defensive sloppiness and the striker did it again – this time with a classy finish.

Josh Brownhill won the ball as Everton tried to play out from the back and after Wood had played a return pass with McNeil - via a touch off Burnley old boy Michael Keane - the Clarets’ leading scorer took his time before steering a perfectly-placed shot around Jordan Pickford and into the corner of the net from just inside the penalty area.

Wood was giving Everton’s back line a testing time and from Nick Pope’s long clearance he worked room for another effort which was deflected over the top. 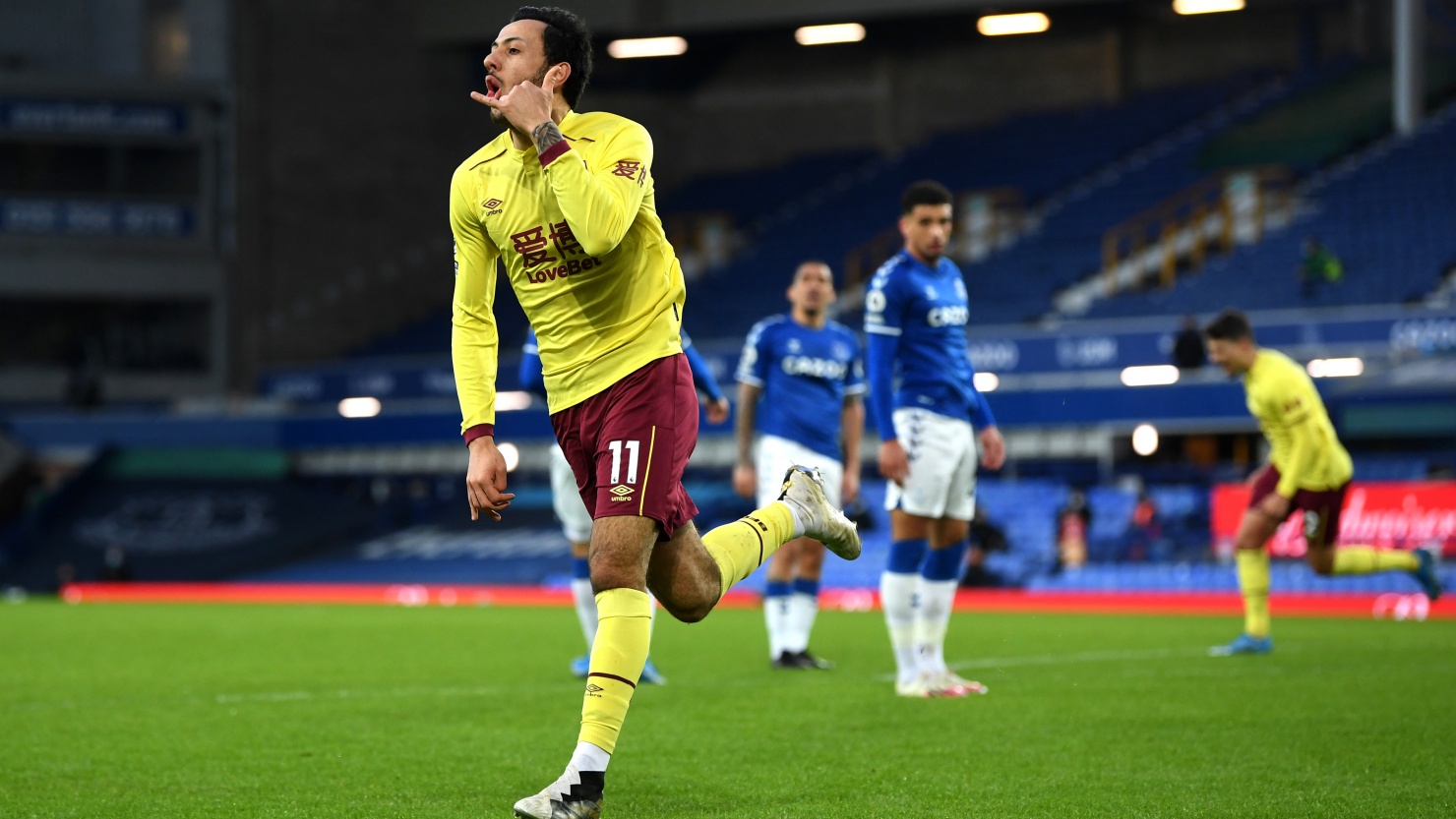 But it didn’t take long for the Clarets – who also had a shout for a penalty for a handball against Mason Holgate as he defended a corner – to double their lead with a wonderful strike from McNeil.

It was against Everton on Boxing Day, 2018 that the youngster really arrived on the top-flight stage and since that appearance from the bench, he has been a near permanent fixture in the Clarets’ starting line-up.

And once again he showed exactly why with a brilliant performance capped by one of Burnley’s goals of the season as he collected a pass from Matej Vydra, ghosted past Allan and then curled a beauty past with his left foot into the top corner for his second goal of the campaign.

Everton looked like they didn’t know what had hit them as they were pushed back by the rampant Clarets with Brownhill and Ashley Westwood - on his 250th Premier League appearance - winning the midfield battle.

And had Johann Berg Gudmundsson’s skidding effort gone inside the post rather than striking the woodwork moments later it would have seemingly been game over. 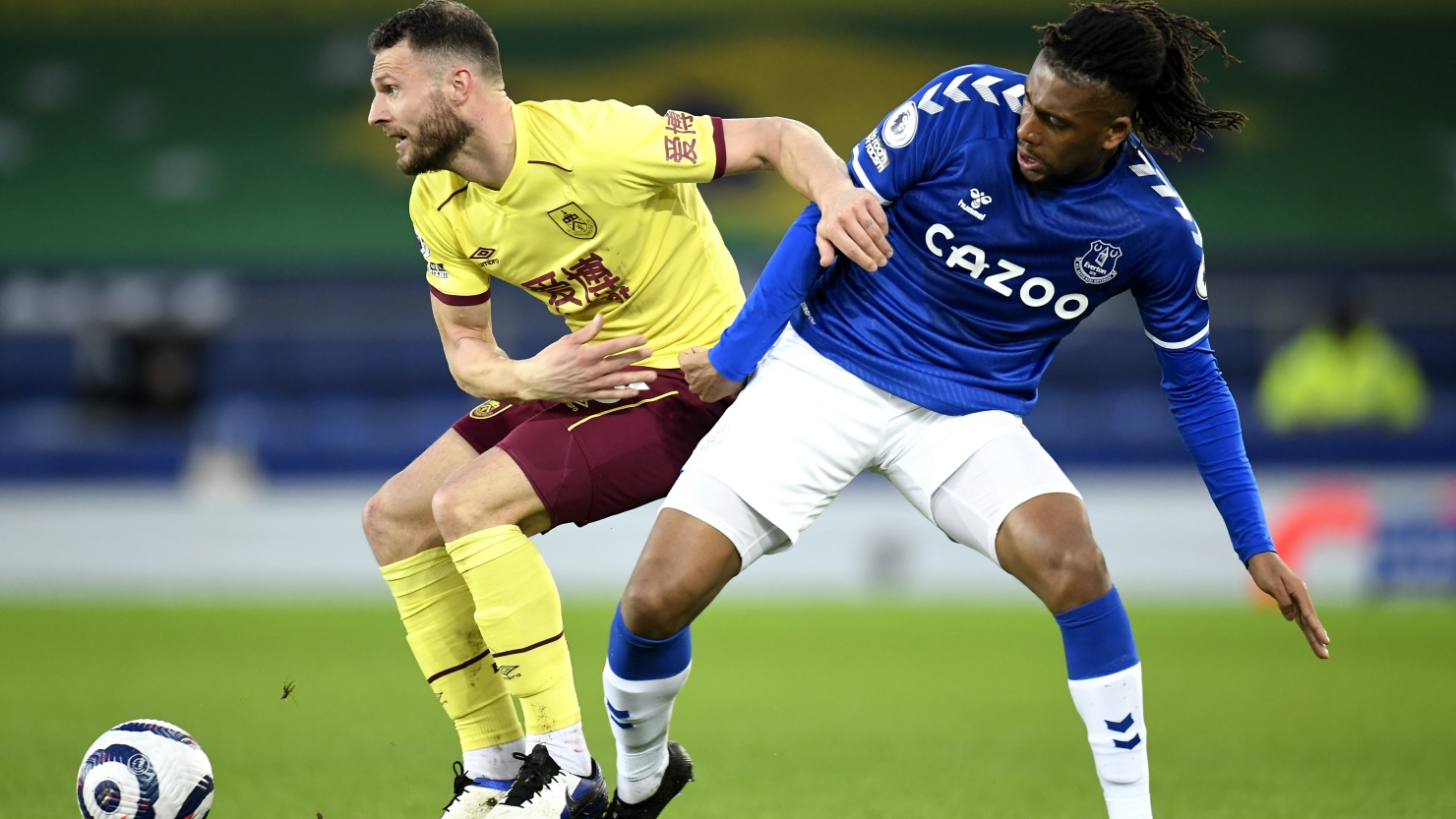 Instead, the Toffees got one back with half an hour gone to keep themselves in the contest as leading scorer Calvert-Lewin – who had scored Everton’s equaliser at Turf Moor in December – headed home a cross from Tom Davies.

But rather than go into their collective shell, Burnley continued to take the fight to the hosts and could easily have restored their two-goal advantage by the break as Gudmundsson headed a Brownhill cross over the top before Brownhill shot too close to substitute goalkeeper Joao Virginia – who had replaced the injured Pickford – from a decent chance to score his first Premier League goal.

Pickford’s departure had left Pope centre stage in the meeting of the two England men and the Burnley number-one made a fine stop two minutes after the re-start as he dived full length on his 100th top-flight start to touch an Andre Gomes’ shot around the post.

Virginia was making his first Premier League appearance and with 20 minutes to go his error when failing to gather a Wood knock-down presented Vydra with an opening he couldn’t take with an attempted shot on the turn.

But after Ben Mee had headed a McNeil corner onto the top of the crossbar, the young Portuguese made amends with a tidy save from Vydra as the Clarets looked to pounce on the break and wrap up the points.

Virginia also blocked an effort from substitute Jay Rodriguez as Burnley kept hunting for the third goal that would get them over the line.

It wouldn't come, but with Burnley remaining rock-solid at the back the lead was rarely in doubt as the Clarets went into the international break in the perfect frame of mind and comfortably clear of the bottom three.