The Clarets have enjoyed some big results at Selhurst Park and this was another one as they kicked off an important week in stunning style.

A win at Crystal Palace in 2017 virtually ensured Premier League survival and last season’s 1-0 success in June was a key stepping-stone towards a top-10 finish.

This time, one of the Clarets’ best away wins and stand-out performances of the season brought Sean Dyche’s men a first victory in four league games and propelled them up to 16th-place in the table.

It also lifted them 11 points clear of Fulham before the Londoners come to Turf Moor next Wednesday night in the first of two games against bottom-three opposition before West Bromwich Albion’s visit four days later.

The Clarets had managed just five goals in their previous 11 away games as the lowest scorers in the division. 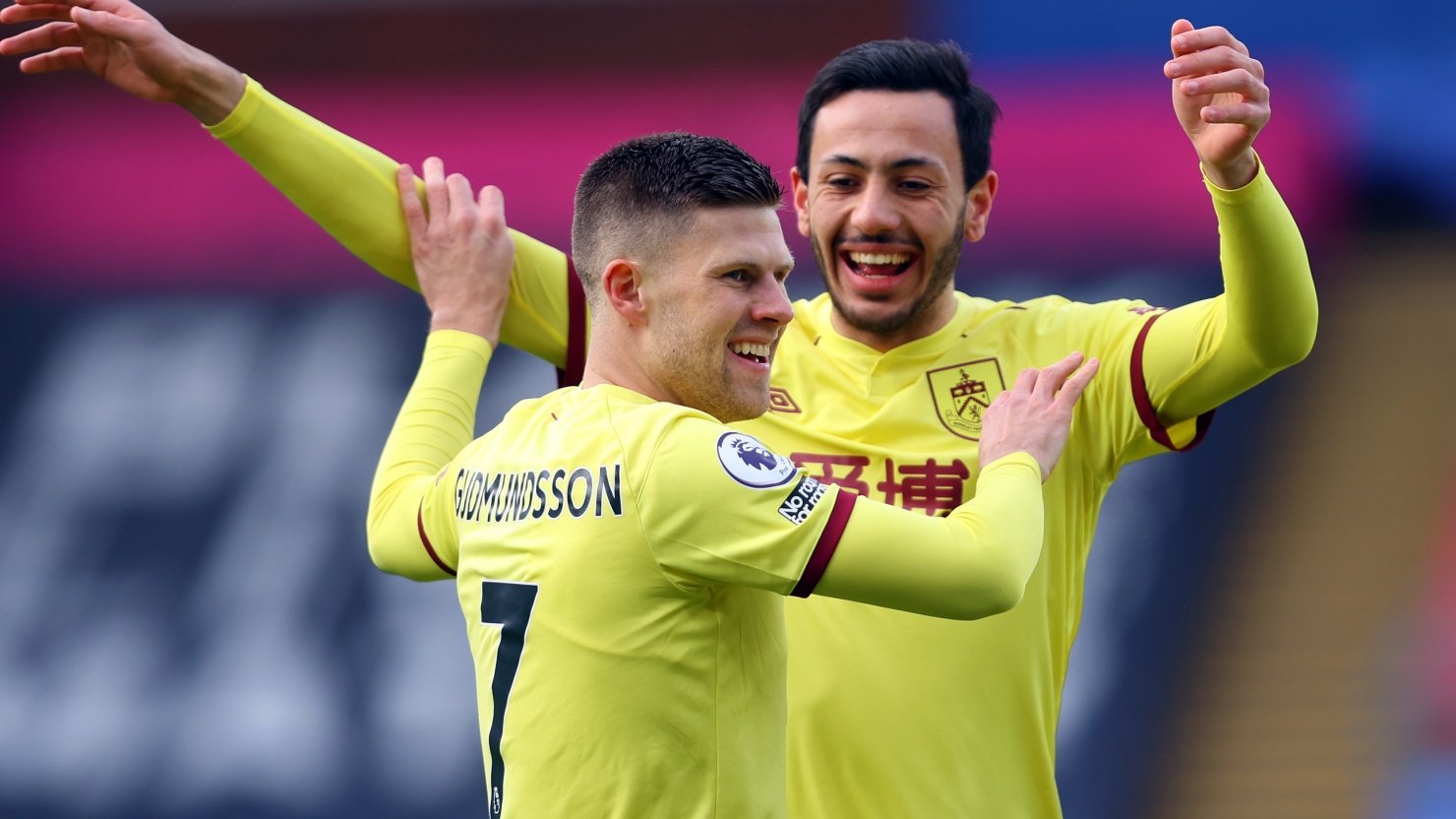 But those short-comings – and the mid-week FA Cup exit to Bournemouth – were swiftly forgotten as goals from Johann Berg Gudmundsson and Jay Rodriguez inside the first 10 minutes set the Clarets on their way.

And a third away success of the season was capped in joyous fashion when Matt Lowton volleyed home his first Premier League goal for the club two minutes into the second half with his entry for the Clarets’ goal-of-the-season award.

Mixed news on the injury front had seen Robbie Brady and Josh Brownhill return to the Clarets’ squad but Matej Vydra join striking colleague Chris Wood on the sidelines.

That meant a return to starting duty in the league for Rodriguez and he seized his chance with an immediate impact in the Clarets’ flying start.

Dyche’s men hadn’t scored a first-half goal in their last seven league games, stretching back to Ben Mee’s winner against Sheffield United at the end of December. 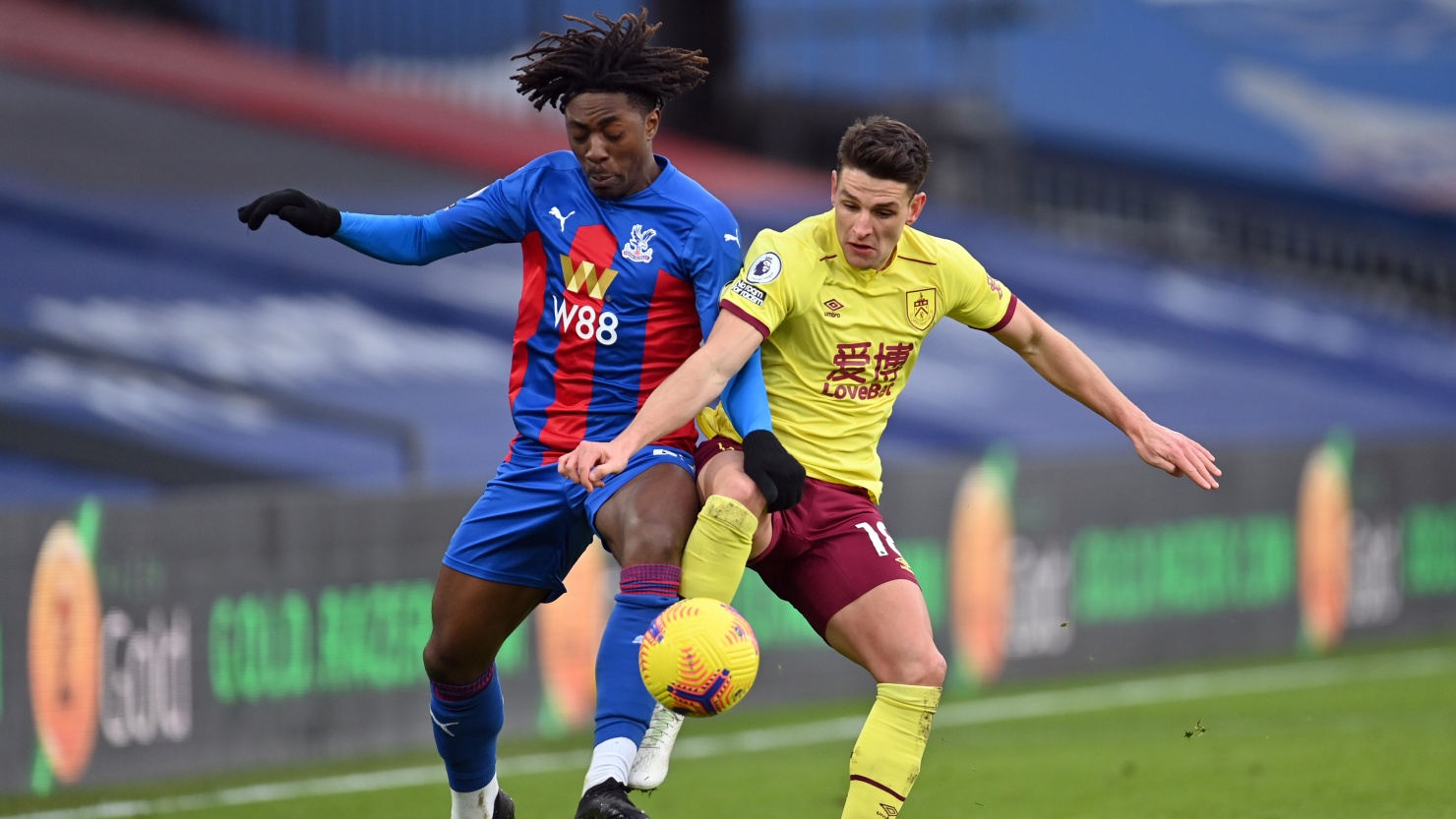 But two goals inside the first 10 minutes brought them their quickest double strike since two early goals against Leicester City in April 2018 hastened their advance on Europe.

Only West Bromwich Albion have conceded more goals this season than Palace and the Eagles’ defensive shortcomings were swiftly exposed. The Clarets were positive right from the start and were in front inside five minutes.

Gudmundsson had waited 18 months between his last two league goals but a week after ending his drought he hit the target again.

Erik Pieters' fine ball in from the left caused confusion between Scott Dann and Patrick van Aanholt and when Gudmundsson picked up the loose ball, he had the composure and clear headedness to pick his spot with a curling shot into the far corner.

The Icelander constantly stretched the Palace defence and he was involved again in the build-up to the Clarets’ second goal as the visitors quickly doubled their lead.

This time his attempted with his right foot was mis-cued but Ashley Barnes nearly capitalised with an effort well blocked by Dann.

That came at the cost of a corner, though, and when Dwight McNeil delivered into the six-yard box, Rodriguez stood his ground to nod home his first league goal of the season. 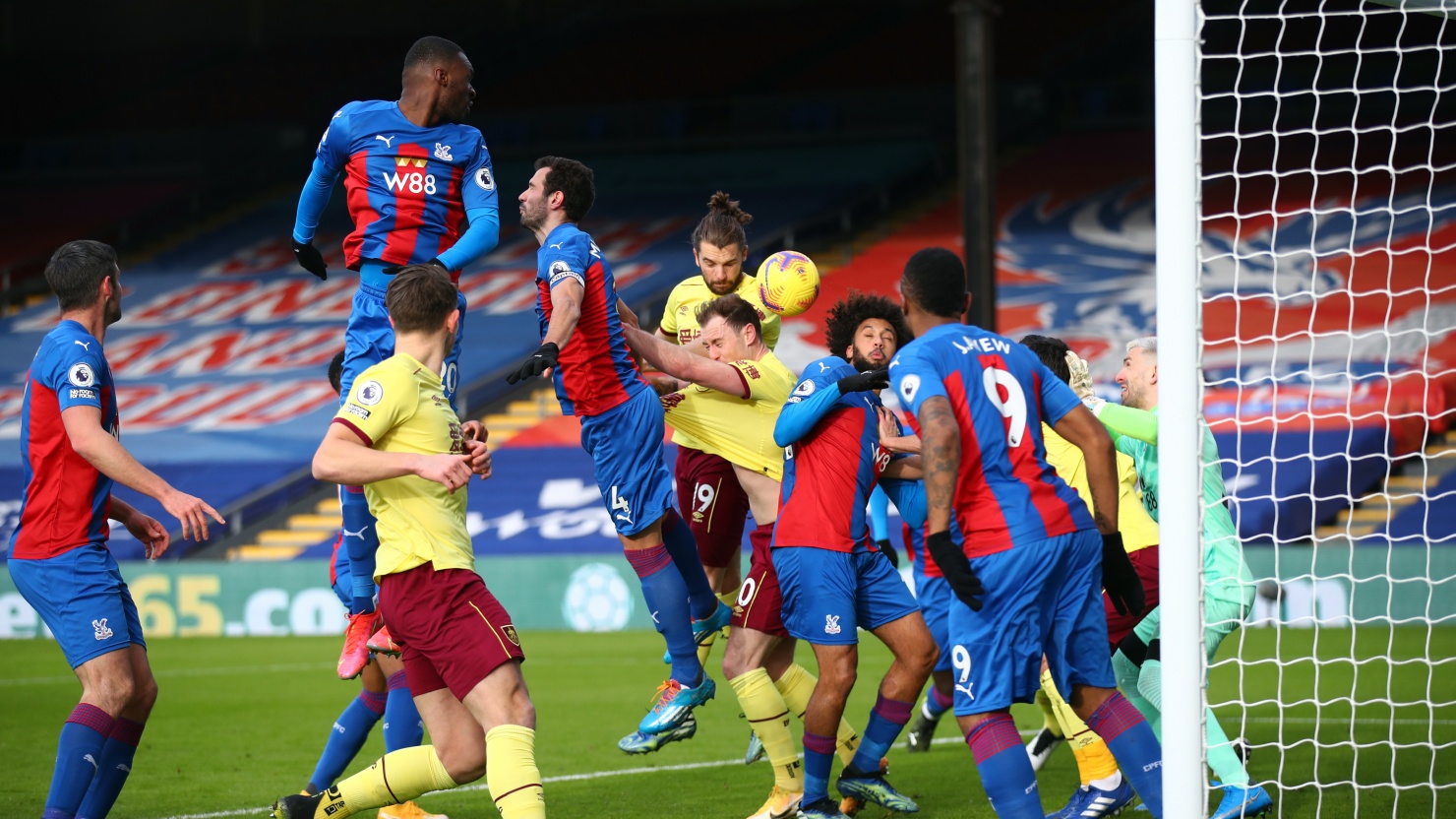 The Clarets looked capable of scoring almost every time they put the ball into the Palace penalty area and certainly didn’t sit on their lead.

But the home side managed to hang on and Nick Pope was needed to preserve the Clarets’ two-goal cushion as he twice saved from Christian Benteke from rare forays into the Burnley box.

The Clarets - whose win over Palace at Turf Moor in November brought a first victory of the season at the eighth attempt - were determined not to relax their grip, though.

And two minutes into the second half they effectively wrapped things up and made sure of the points with one of the best goals you could see.

Lowton’s form in recent weeks has been one of the stand-out features of the Clarets’ on-going revival and it hit new heights with his first goal in over five years.

The full-back started the move with another assured touch and weaving run before playing a one-two with Rodriguez which ended with a thumping first-time volley Lowton sent flying across Guaita and into the corner of the net.

It was a special moment on a special afternoon which would have got even better had Ashley Westwood’s 20-yarder found the target after a superb run from McNeil and Barnes’ lay-off had created the opening. 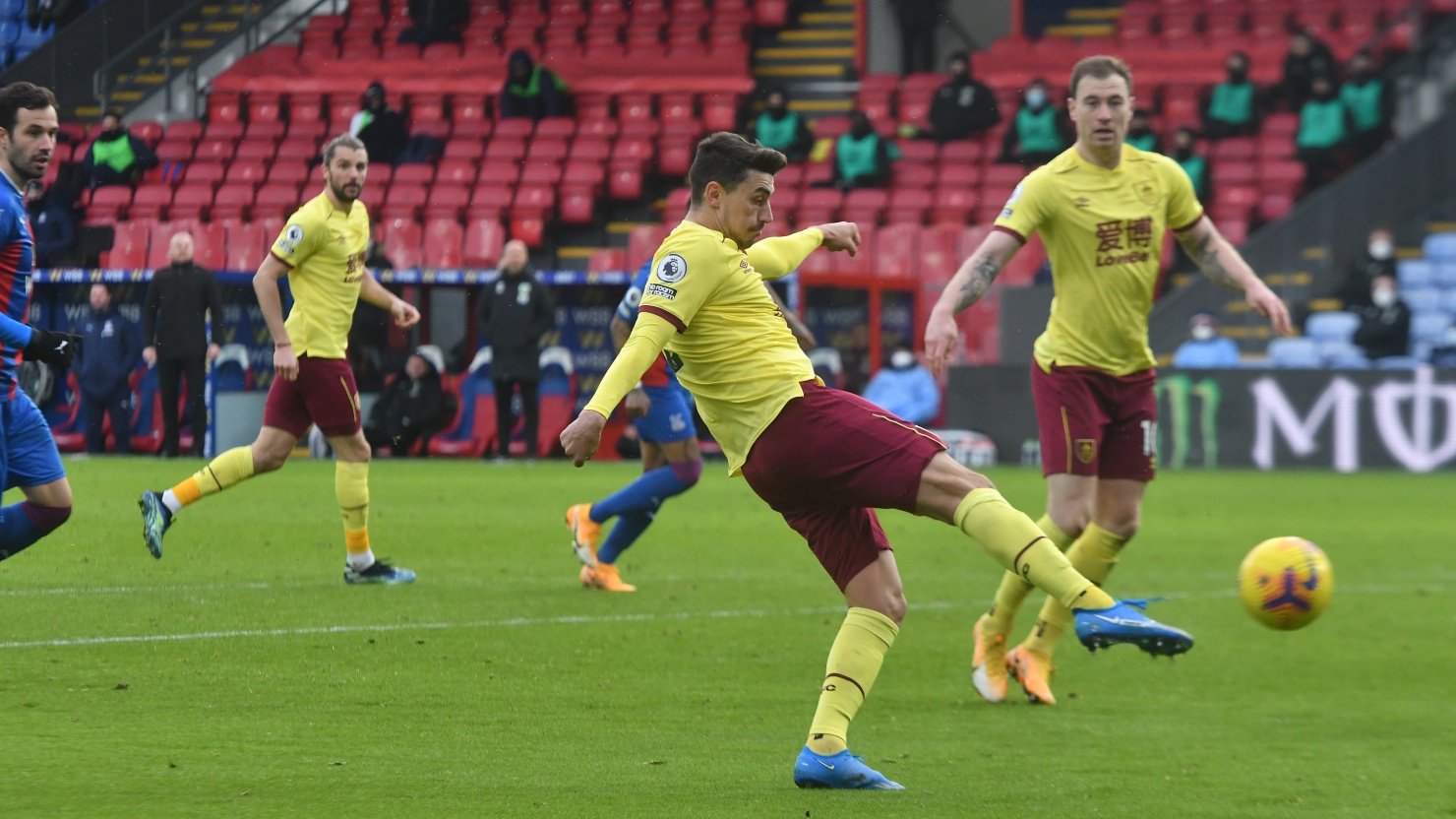 Rodriguez also put another effort just wide and the three-goal margin was maintained when Palace substitute Andros Townsend put his side’s best chance over the bar.

An eighth clean sheet of the season added to the sense of a job almost perfectly done, with the only concern a late injury to Mee, who had produced another peerless captain’s performance beside the towering James Tarkowski as the Clarets gate-crashed the Palace once again.