Chris Wood’s 150th goal in English football wasn’t enough to cure the Clarets’ bout of homesickness as they were made to wait for another Turf Moor win.

Wood struck his seventh goal in as many games and 11th of the season to give Burnley an early lead from the penalty spot.

But rather than lay the platform for a first home victory since January, a quick-fire double in response from Michail Antonio was enough to give the Hammers a big - and deserved - win of their own in their pursuit of European football.

The Clarets’ interest remains at the other end of the table and with four games to go Sean Dyche’s men remain nine points clear of Fulham and the bottom three.

And while Antonio’s double means the Clarets have now gone eight home games without a win in the top flight for the first time in over half a century, the five draws they have eked out in that sequence means Premier League safety remains within touching distance as they prepare to go Fulham next Monday night.

The Clarets were, unsurprisingly, unchanged from the side that had recorded the club’s biggest away win of the Premier League era at Wolves last time out. 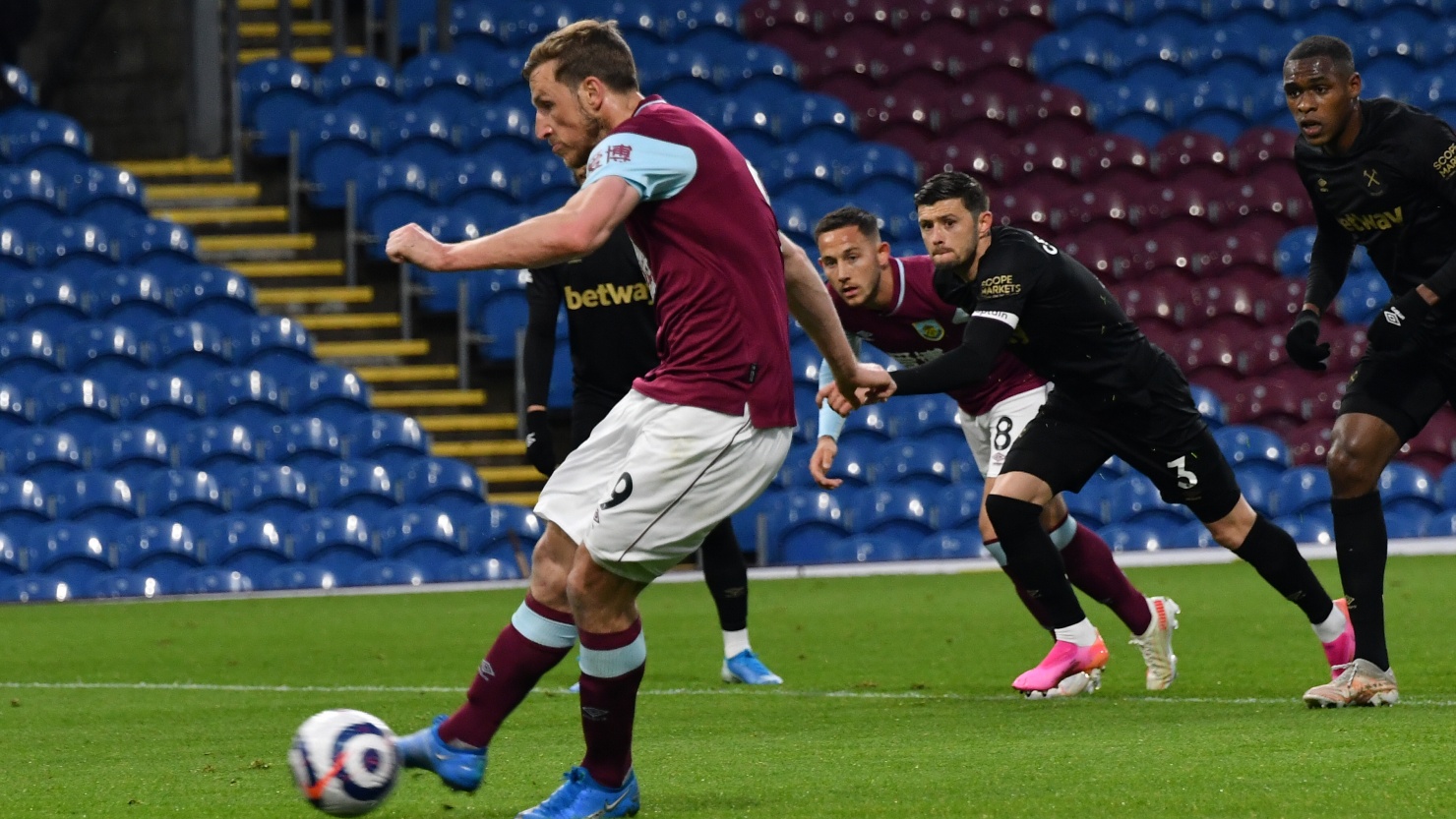 But winning at home has proved more troublesome and despite a flying start, Dyche's men found themselves up against it again by half-time.

The Clarets had beaten West Ham on their previous two visits and three in a row against the same team at Turf Moor would be another Premier League first.

Wood also has a liking for facing the Hammers and the in-form striker scored against them for a seventh time to put Burnley ahead from the spot after 19 minutes.

Wood earned the penalty himself as he chased Ashley Westwood’s perfectly flighted delivery over the top to lift the ball back over Issa Diop before being impeded by Tomas Soucek’s challenge to set up the chance to beat Lukasz Fabianski from 12 yards.

But rather than consolidate that lead, the Clarets never really gave themselves the chance to re-set as the visitors hit straight back to level within two minutes.

Pablo Fornals saw an effort blocked in front of goal but hunted the ball down again to dispossess Dwight McNeil and feed Vladimir Coufal, whose cross begged Antonio to head powerful past Nick Pope.

As Wood has regularly tormented West Ham, so Antonio has been a menace to Burnley and having scored the winner when the sides met in January, the fit-again striker pounced quickly again to put his side in front. 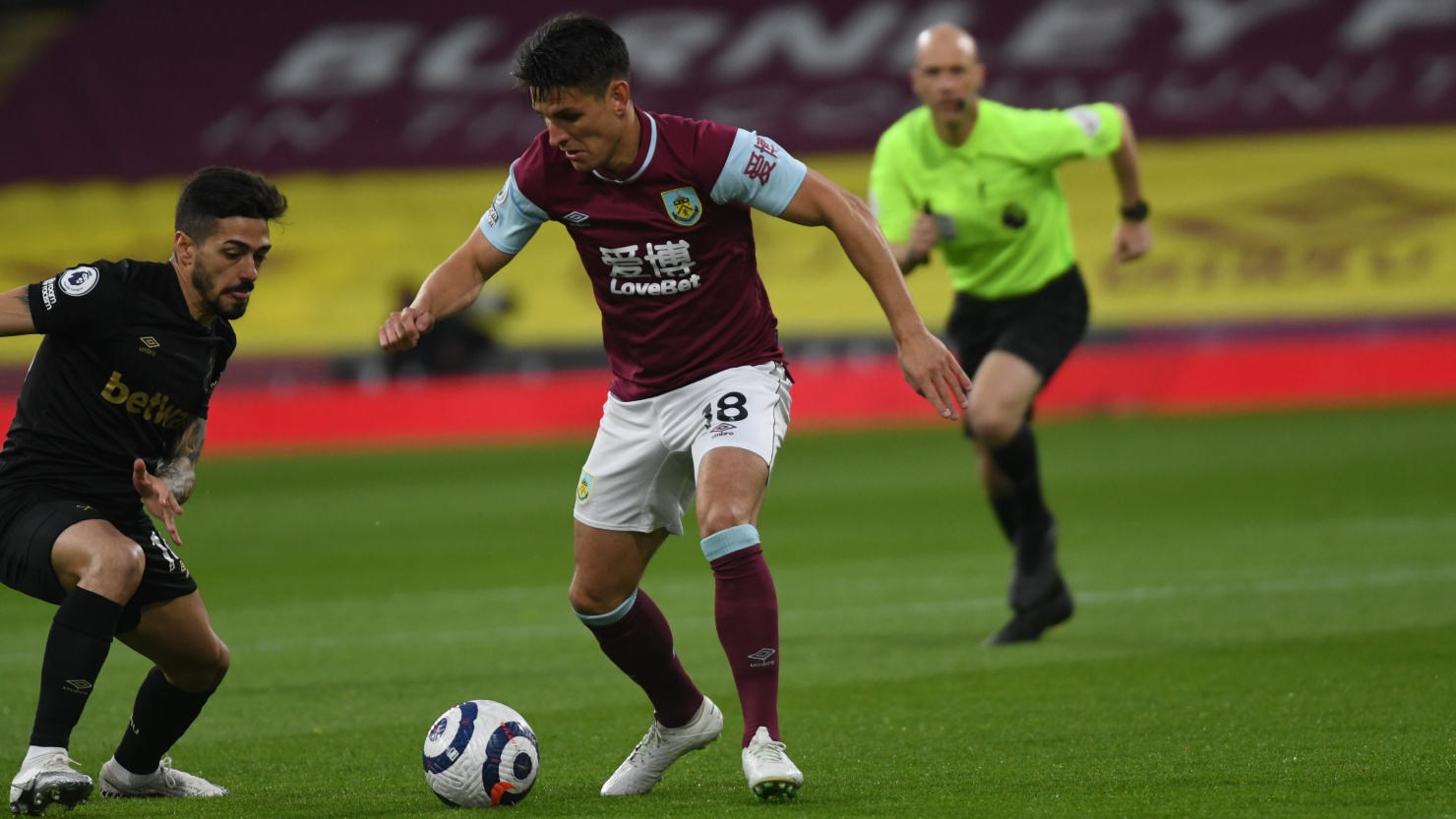 This time the ammunition came from Said Benrahama as Burnley allowed another cross into their box which Antonio flicked home to claim his ninth goal of the season.

Two goals in eight minutes had the Hammers brimming with confidence as they chased the win they needed to revive their top-four ambitions.

Benrahma curled an effort just wide as the Londoners looked full of running and dangerous on the break, although 10 minutes before half-time Burnley were almost level themselves as Matej Vydra gave a reminder of the slim margin of the advantage.

Again, a ball over the top had Diop in trouble and after eluding the defender, Vydra dinked the ball over Fabianski before Craig Dawson got back to head away from in front of goal as Vydra went for the kill.

West Ham looked the most likely to score the next goal, though, as they continued to force the pace at the start of the second half.

And 10 minutes in Antonio should have completed his hat-trick but from a Fornals’ pass mis-cued six yards out to hand the Clarets a reprieve.

Burnley looked to make the most of it with Jay Rodriguez sent on to try and provide a spark and the Clarets’ substitute almost made an instant impact.

In their best spell since the opening exchanges, McNeil provided a teasing cross which dropped for Josh Brownhill to connect with a volley which was well saved by Fabianski with Rodriguez slicing the rebound wide from the second of two bites at the cherry. 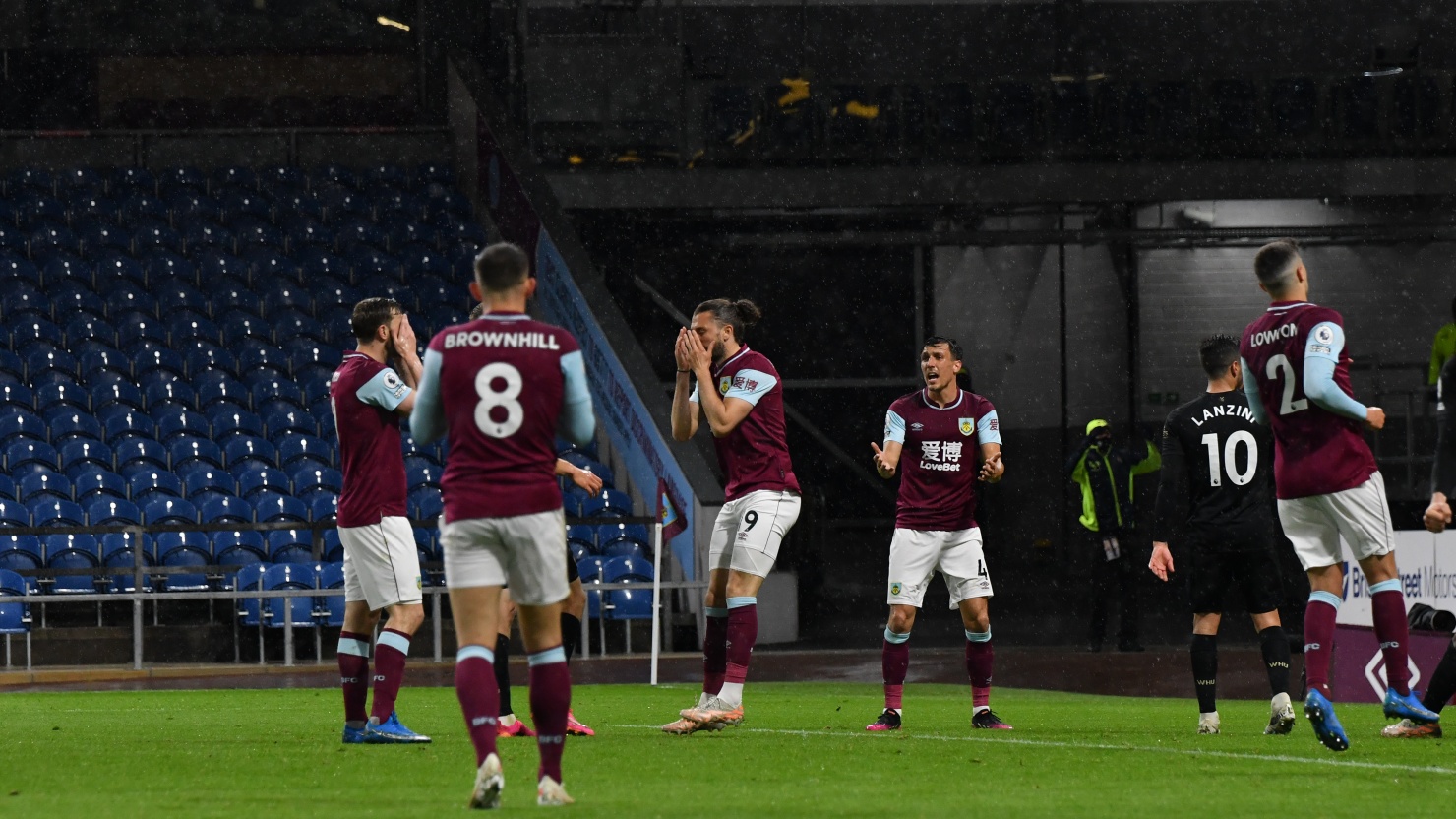 The Hammers – whose seven away wins had equalled their previous best in a Premier League season – were always a threat on the counter-attack but Burnley were never out of the contest.

With just less than 20 minutes to go, Johann Berg Gudmundsson replaced McNeil and the Icelander had half a chance to find an equaliser with a volley beyond the far post which he was unable to steer on target.

And Dyche played his final card when Ashley Barnes came on for Wood - who had picked up a slight knock - to make his first appearance since mid-February.

There was to be no fairytale return for Barnes but with an almost fully-fit squad for the final four games, the Clarets will look to finally guarantee safety sooner rather than later.