The Clarets welcomed back the fans but it didn’t prove a happy homecoming to Turf Moor as Brighton hit back to take the points on the opening day.

And a superb first-half performance suggested the supporters who had waited since March, 2020 to return in their numbers would be celebrating a landmark day.

But Burnley couldn’t turn their superiority into a bigger lead as the woodwork twice denied them before the break.

And unable to maintain their lofty standards throughout the second half, the Clarets were punished twice in the space of five minutes as the Seagulls plundered the points and left Burnley still searching for first home success since January. 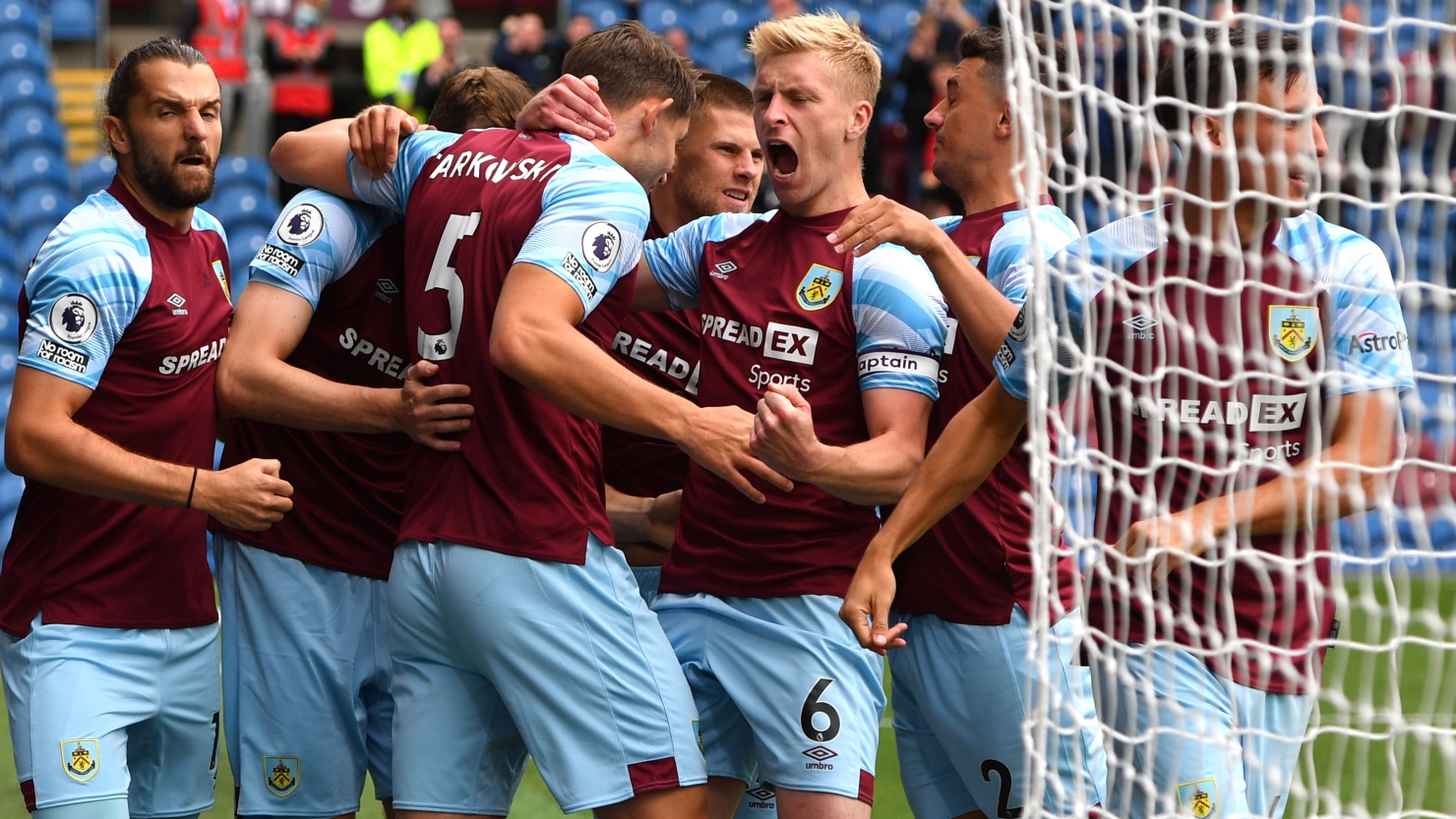 The Clarets couldn’t have made a better start as they did their best to make up for the fans’ lost time.

Brighton were pushed back right from the start and Burnley made the pressure count as Tarkowski powered his way to the back post to head home Ashley Westwood’s corner.

A quick VAR check confirmed no foul on Neal Maupay as the Brighton man was brushed aside and the Clarets were up and running.

The pace didn’t relent and after Johann Berg Gudmundsson had been booked for sliding into Yves Bissouma the Icelander – who scored in last season’s Turf Moor draw between the teams – strode forward to crack a shot against the inside of a post.

The visitors were clearly rattled and almost went further behind again after half an hour.

Again, the Seagulls surrendered possession and when Ashley Westwood floated a delightful ball over the top, ex-Brighton striker Chris Wood chested the ball down for Jay Rodriguez – who got the nod to start up front – to fire at a grateful Robert Sanchez. 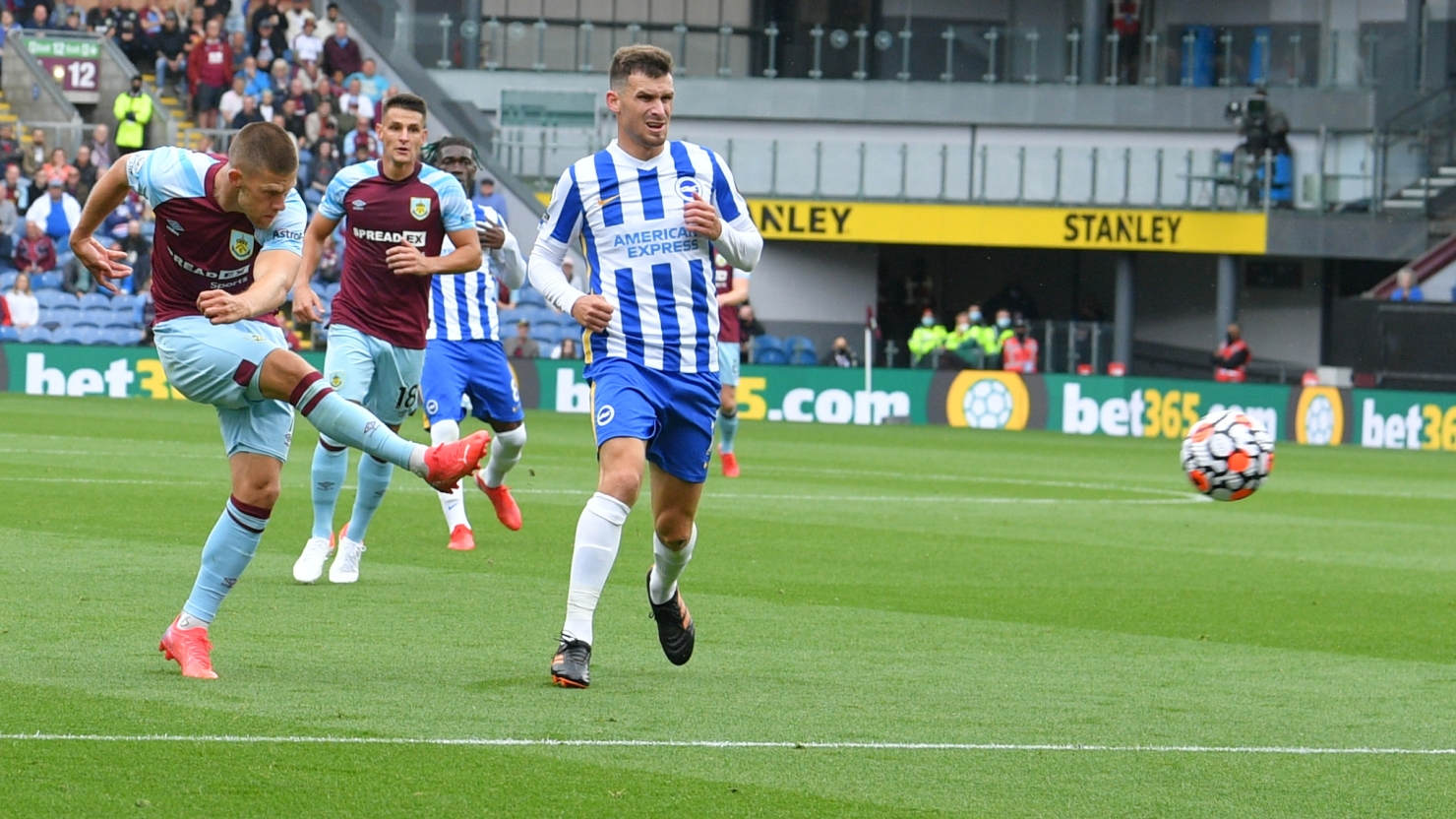 The Spaniard was having a tough afternoon whenever asked to deal with a Burnley set-piece and when he flapped at another Westwood corner Mee almost emulated his defensive partner with a headed goal.

This time, though, the skipper’s header came down off the crossbar and bounced on the line before Tarkowski volleyed over the bar after the ball was nodded back out.

Bar a second goal it had been a near flawless first-half performance from the Clarets, massively appreciated by the returning supporters, as Brighton’s best chance of a leveller came and went with a glancing Maupay header that drifted wide.

The visitors made a change at the break with Adam Lallana coming on in an attempt to eke out some improvement and Dwight McNeil was in the right place at the right time on a second occasion to block an Adam Webster header in front of goal.

But the Clarets were soon back on the front foot thanks to a typically power-packed run by Charlie Taylor ended with a tug to the ground and a free-kick which the outstanding Gudmundsson clipped just wide. 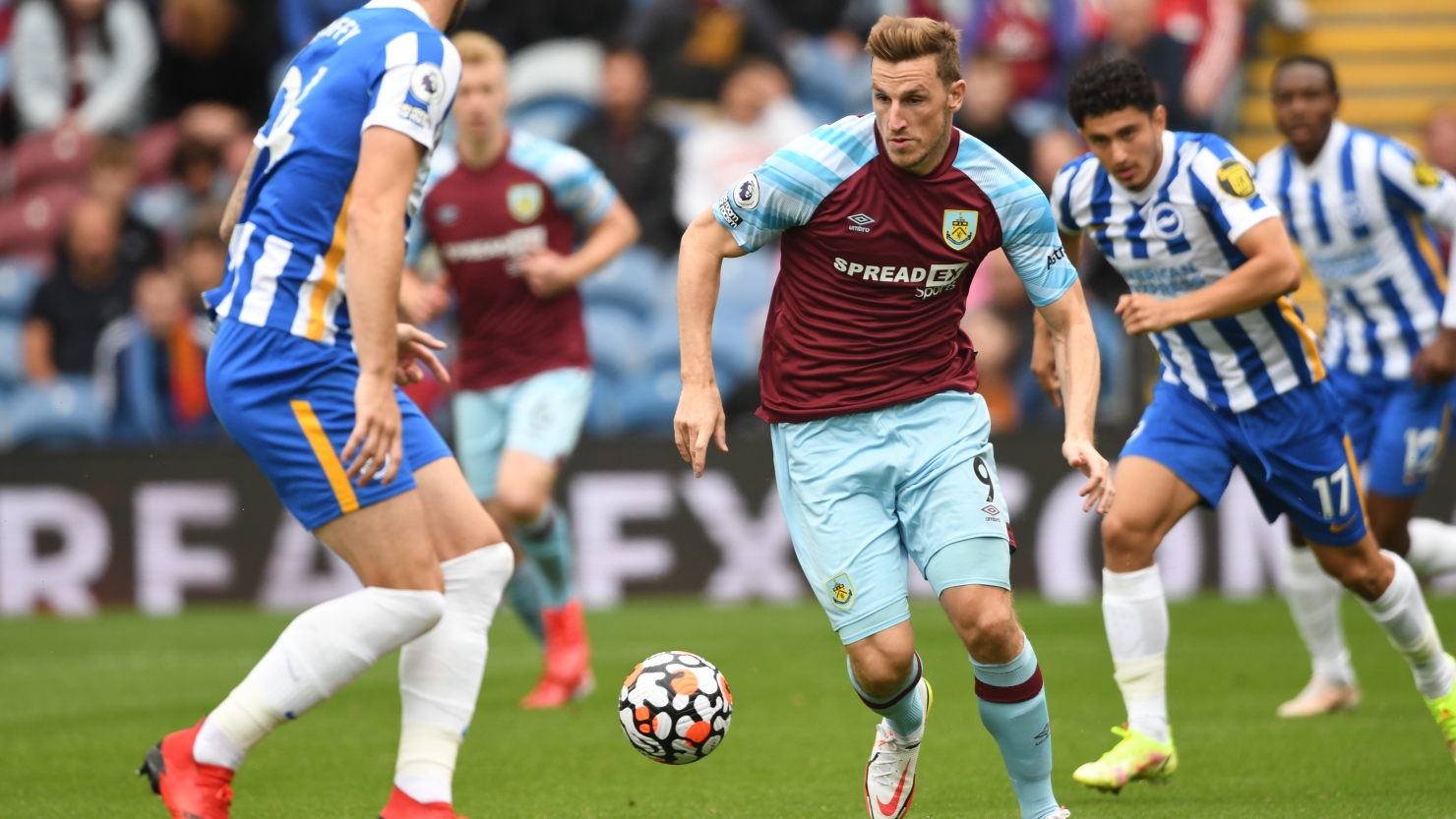 There was no disguising the need for a second goal, however, and with 20 minutes to go, Dyche sent on the fresh legs of Ashley Barnes to complete an ex-Brighton front line alongside Wood.

But it was Brighton’s second substitute Jakub Moder who was able to make the more instant impact as the visitors made it 1-1.

Released down the right-hand side, Moder’s low cross picked out Maupay and the striker was able to slide the ball home to peg the Clarets back.

Brighton were a regular threat down that flank and within five minutes they had turned it around completely by snatching a winner.

And it was another substitute who played the key role as Alexis Mac Allister played the ball wide before accepting the return from Moder and whipping a first-time finish past Nick Pope.

In reality, Pope had little else to do but Brighton had taken the chances that counted.

And despite a late flurry from the Clarets, as Barnes and Matej Vydra tried to find a finishing touch and a Josh Brownhill cross just eluded Gudmundsson, there was to be no comeback as the wait for home win goes on.