On a night when perhaps the scoreline wasn’t the most important thing – except for Champions League-chasing Liverpool – fans returned to Turf Moor to offer a glimpse of a brighter future.

After 14 months of behind-closed-door football supporters were back.

Not all of them, with just 3,500 allowed to attend in the first step towards a post-Covid sense of normality.

But those that were there made it a special evening that stirred the memories and gladdened the heart.

Sadly – for the Clarets – there was to be no happy ending as Liverpool ultimately eased to victory to put themselves on the brink of Champions League qualification and extend Burnley’s winless home run to 10 games.

But Sean Dyche’s men – who have twice earned an extension to their Premier League lives since fans were able to watch – will still surely have sent the supporters home happy, refusing to go down without a fight and renewing the appetite for what’s to come. 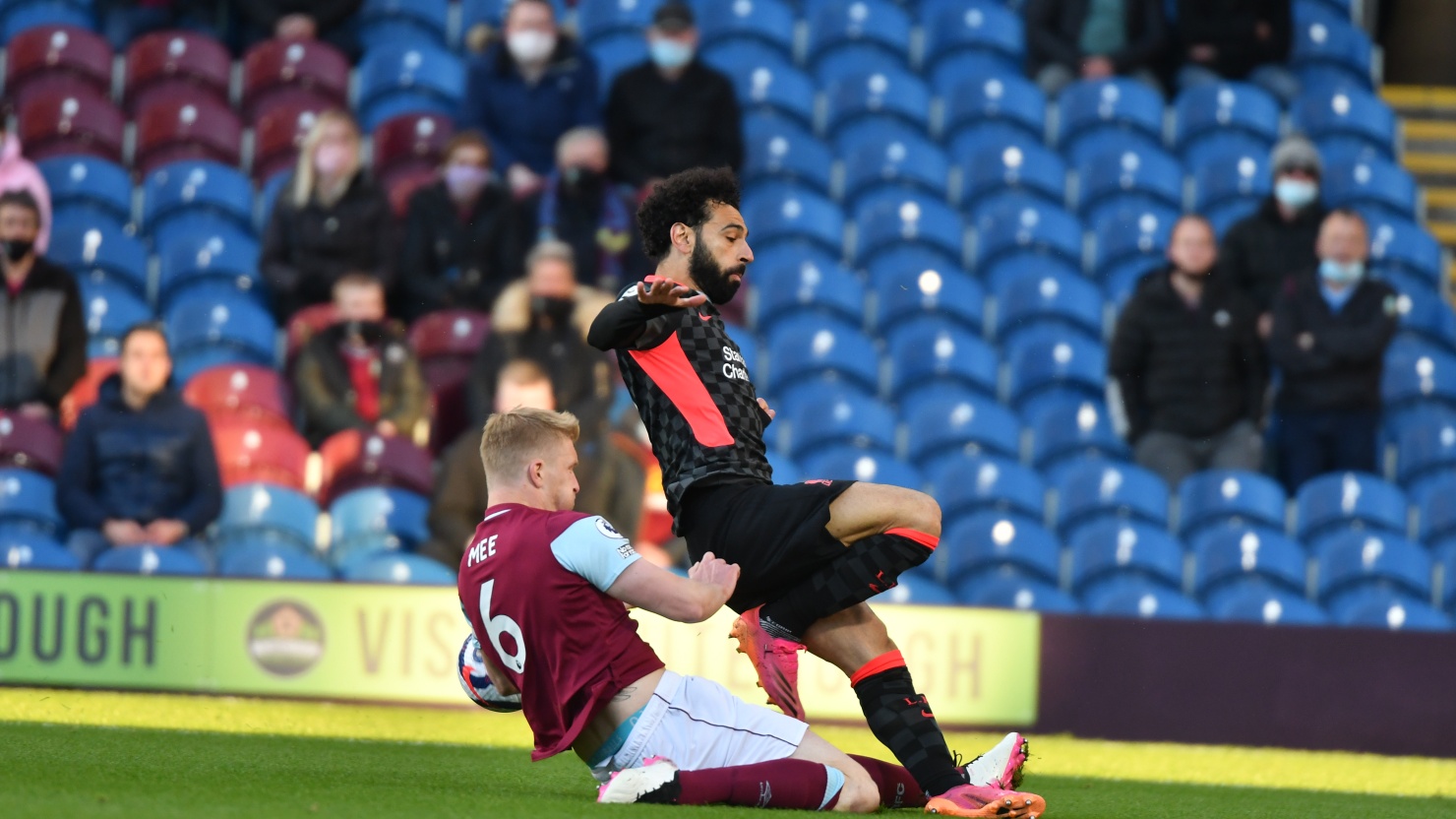 The Clarets certainly responded to a fantastic welcome from their fans and the vibrant atmosphere inside the ground as they looked to sign off at home on a high with a rare double over the out-going champions following January’s historic win at Anfield.

The intensity of their play and determination to engage the Reds in their own half unsettled Liverpool and their inexperienced central defensive pairing.

Chris Wood was without a regular attacking partner in a change of formation but Josh Brownhill’s willingness to get up in support on his first start in front of the Burnley fans extended the attacking options.

And both had chances after getting in behind the Reds’ back four.

Wood’s opening followed a superb passing move and exquisite ball over the top from Matt Lowton – who had seen an early shot headed clear in front of goal – which the striker met with an effort he struck just wide of the target.

Brownhill then saw his effort blocked after running onto a ball out from the back from goalkeeper Will Norris on his Clarets’ Premier League debut.

Norris had been given the call in the continued absence of Nick Pope but it was Liverpool’s Allison who had to make the first save of the night when he beat away a fierce drive from Dwight McNeil. 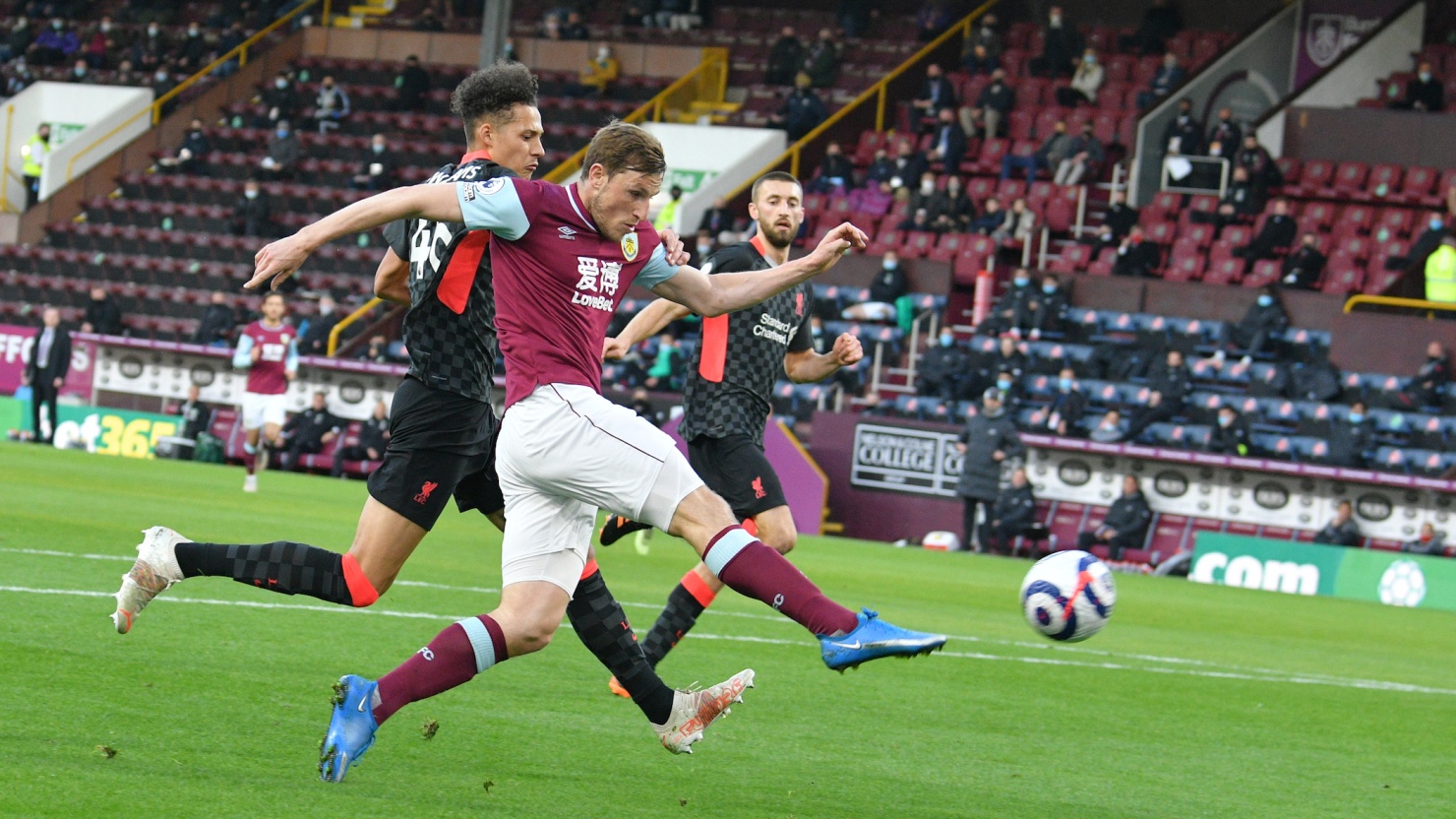 The Clarets were having their best spell and looking to go into the break at least on level terms but – as against Leeds five days earlier – they were undone by an opening goal just before half-time.

The Merseysiders hadn’t tested Norris due to a combination of some brilliant defending by the Clarets’ twin peaks of Ben Mee and James Tarkowski and poor finishing.

Sadio Mane, Roberto Firmino, Mohamed Salah and Thiago had all missed decent chances but with just two minutes to go until the break Firmino struck to ease any building anxiety, sliding in a low cross from Andrew Robertson as Burnley again conceded at a costly time.

A win was going to be enough to lift Liverpool into fourth place but with goal difference still a possible factor in deciding Champions League places on the final day that was perhaps destined not to be the end of the scoring.

The Clarets certainly continued to give everything to find a route back into the game but their job was made more difficult seven minutes into the second half when defender Nat Phillips headed home his first Liverpool goal from a Mane cross to double the visitors’ lead.

The fans were desperate to see a Burnley goal, though, and Dyche’s men again stepped it up in an effort to reward their patience.

Brownhill saw a shot saved by Allison and then Mee went the closest yet with a header from McNeil’s corner cleared off the line by Phillips. 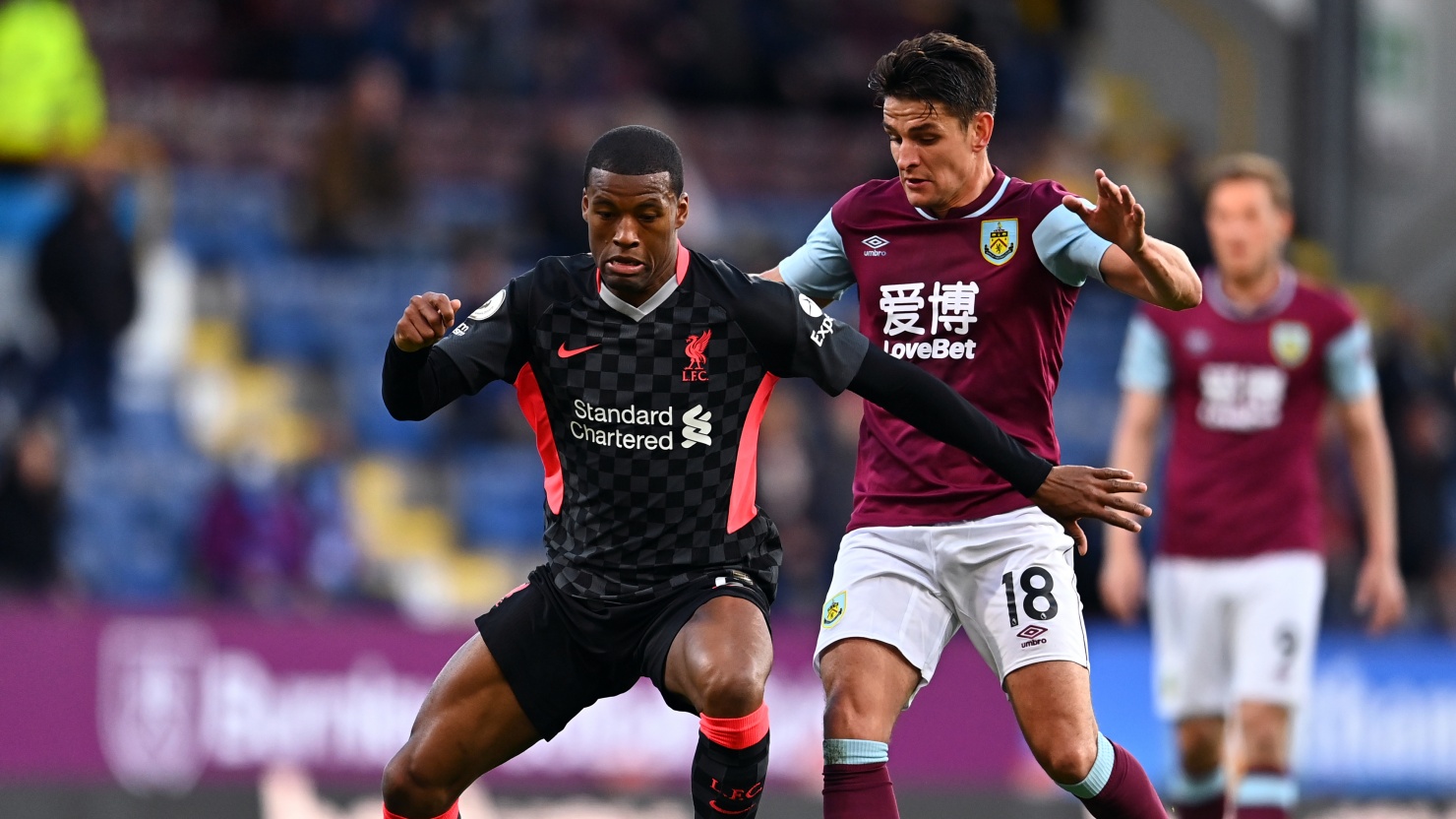 Still the Clarets kept pouring men forward around the ever-willing target of Wood and cranking up the pressure as they peppered the Liverpool penalty area.

And although their efforts received no reward on the night – substitute Alex Oxlade-Chamberlain drilling home a late third goal – what the players have done in the absence of the fans has been clearly appreciated judging by the response at the end from supporters just delighted to be back.