The Clarets face Roses rivals Leeds United at home in a top-flight fixture for the first time since September, 1975 - and hopefully in a last behind-closed-doors fixture at Turf Moor.

The renewal of top-tier competition came at Christmas when Leeds won 1-0 at Elland Road when the Clarets were on the tough end of a couple of controversial refereeing decisions.

Patrick Bamford’s penalty ended a four-match unbeaten run for Burnley before they bounced back by beating Sheffield United in the following game.

Sean Dyche’s men have won only once at home since then but have accrued a further 23 points to secure their Premier League status ahead of the return against the 10th-placed Yorkshiremen.

Safety was assured by a 2-0 win at Fulham on Monday night and despite a number of potential injury absentees, Dyche is still looking to keep the momentum going until the end of the season at relegated Sheffield United a week on Sunday. 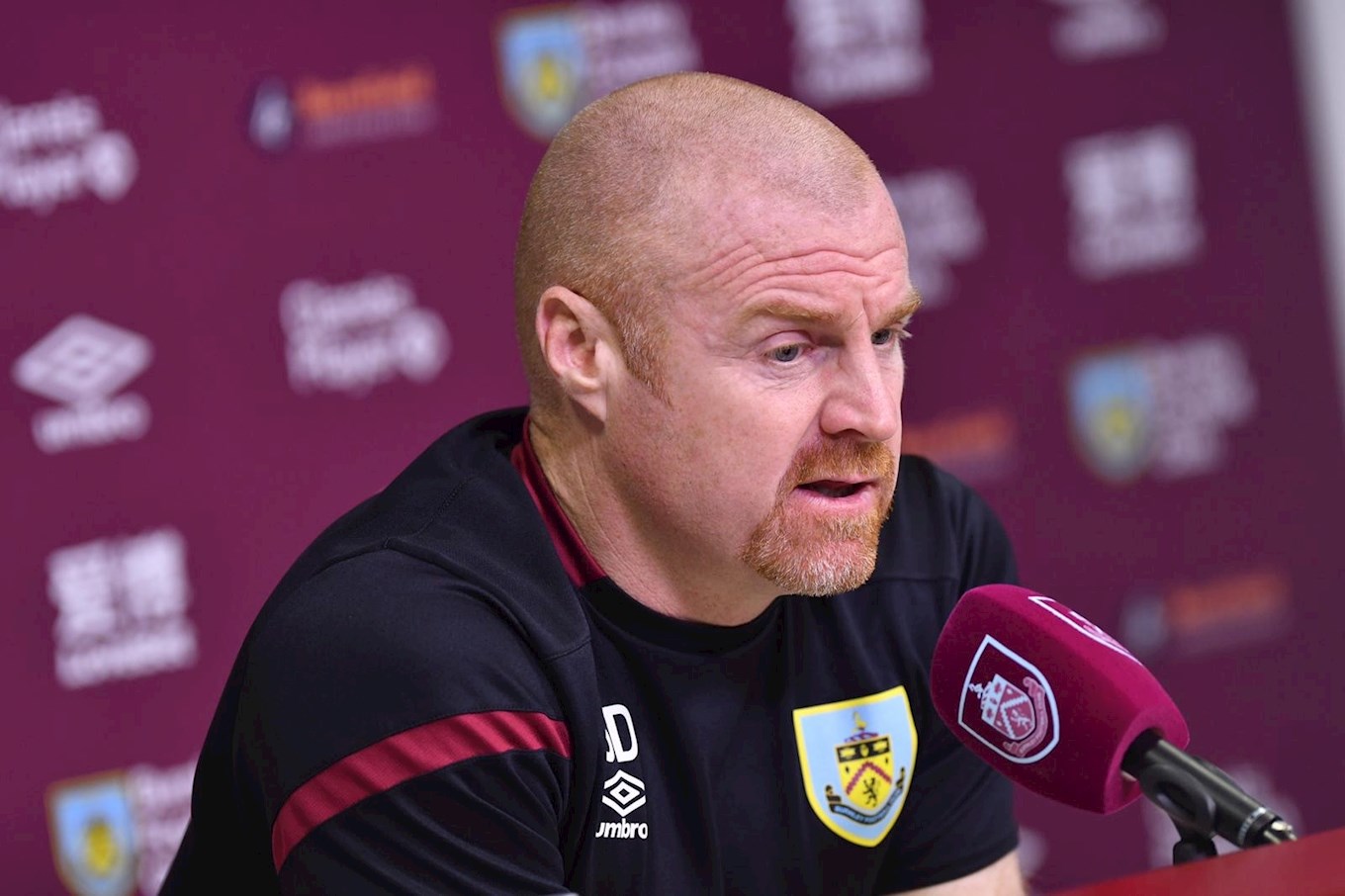 “Of course, there's a different viewpoint,” said the Burnley boss.

“It's natural when you've had such a challenging season there's a bit of relief for everyone when they get the job - the initial job that is to be in the Premier League -signed off.

“Now, it's can we take on the next three games with that little bit more open mindedness that sometimes comes when that bit of freedom comes?

“The challenge is can we go hard and deliver in these next three games and finish this season of correctly? 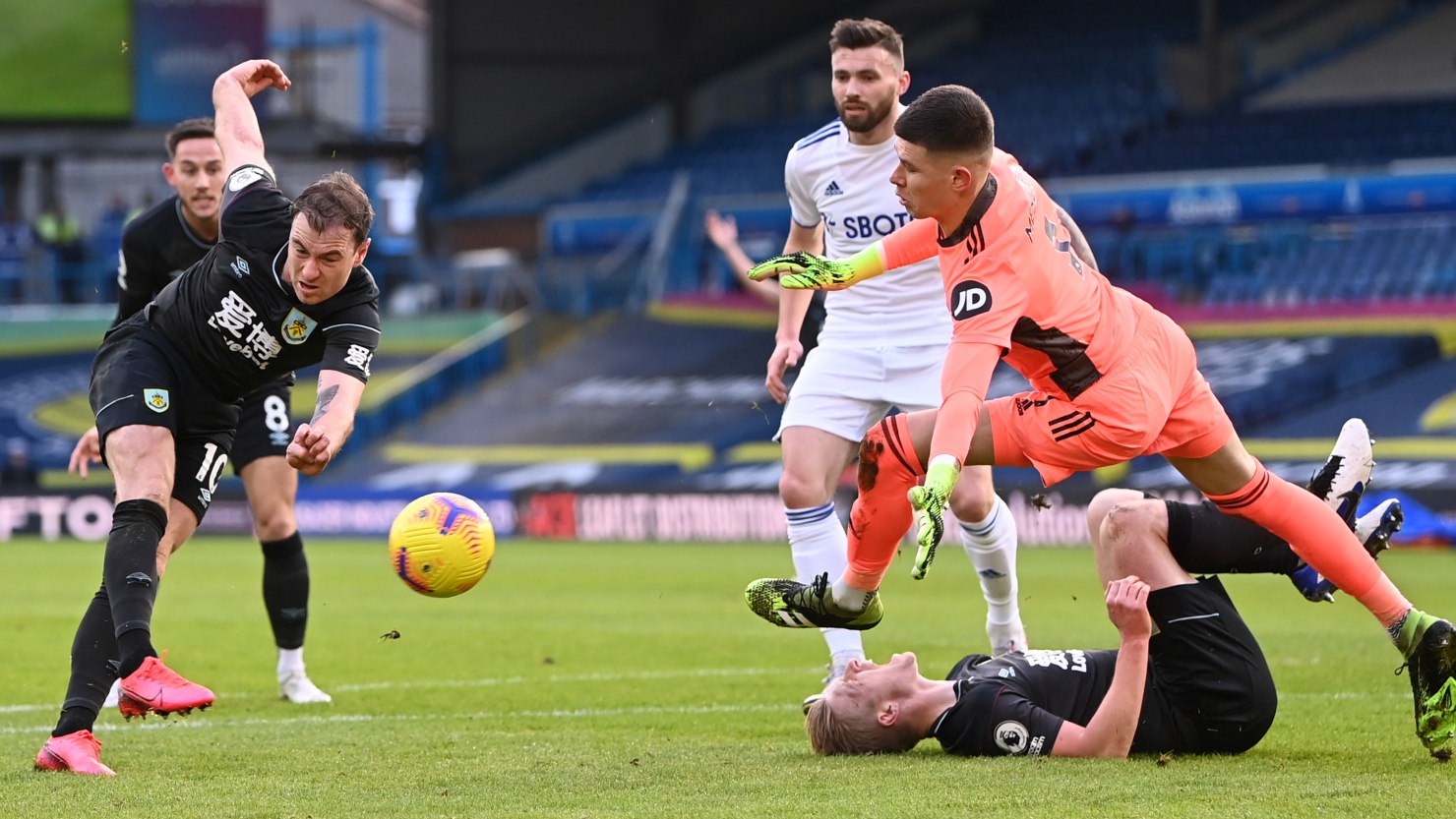 “And, of course, there is also there is always the financial angle as well.”

Merit payments are allocated by the Premier League according to league positions and the Clarets could go as high as 13th with a win over Leeds ahead of a mid-week visit from Liverpool when some fans will be allowed back for the first time since the start of the pandemic.

The Clarets will be without defender Phil Bardsley, who has undergone hernia surgery and joins Robbie Brady and Kevin Long on the absent list.

Dale Stephens is a doubt with an ankle injury and goalkeeper Nick Pope is also being monitored for on-going shoulder and knee issues.

England international Kalvin Phillips, winger Raphina and forward Rodrigo are in contention to start after returning via the bench against Tottenham last weekend.

The Clarets have won two of their last three games to secure their Premier League status.

Both have been away from home and Sean Dyche’s men will be keen to end their winless Turf Moor run before the end of the campaign. 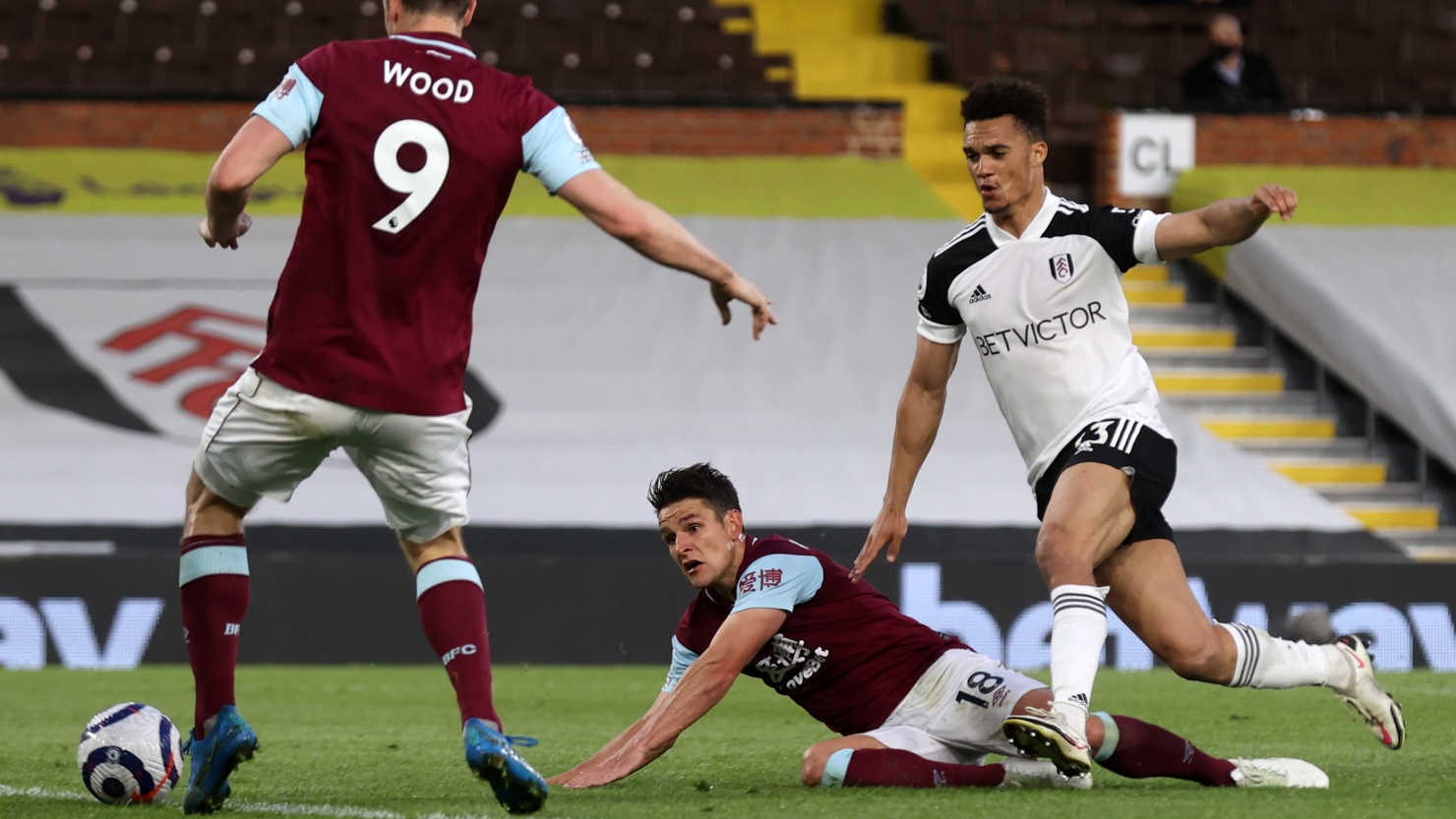 Burnley’s sequence of eight home games without a victory equals the longest in the club’s top-flight history.

However, five of those games have been drawn and the Clarets have lost just five of their last 14 fixtures to stay comfortably clear of the bottom three.

Leeds have won one of their last four games – beating Tottenham 3-1 at Elland Road last time out.

The Yorkshiremen have lost just one of their last eight matches, suffering a ninth away defeat of the season in their last away game at Brighton.

Leeds – seeking a top-half finish in their first season back in the Premier League since 2004 – have yet to draw away from home this season. 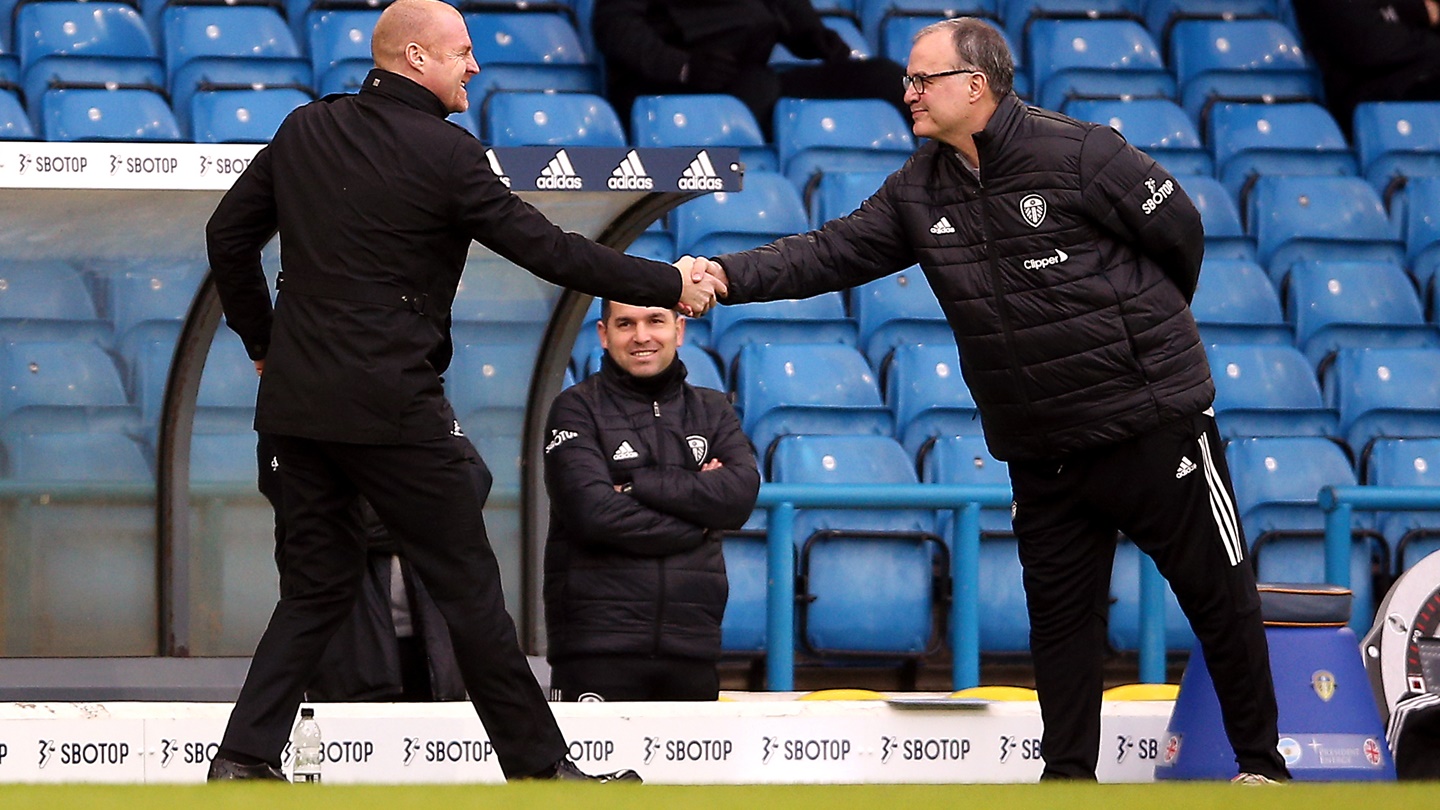 “It is a team that faces all the different moments within a game and a campaign with a principle plan.

“They have a style, but the style has certain points and they use all the options that they have in the game.

“If you simplify it, you say they play with two forwards. But, if you see how each of those four players play and how the manager articulates them, they have the option to combine one player with any of those three and this generates (different) consequences in the style of the team.

“The fact that Burnley is able to stay loyal to their style of play during any highs and lows in their campaign is admirable.” 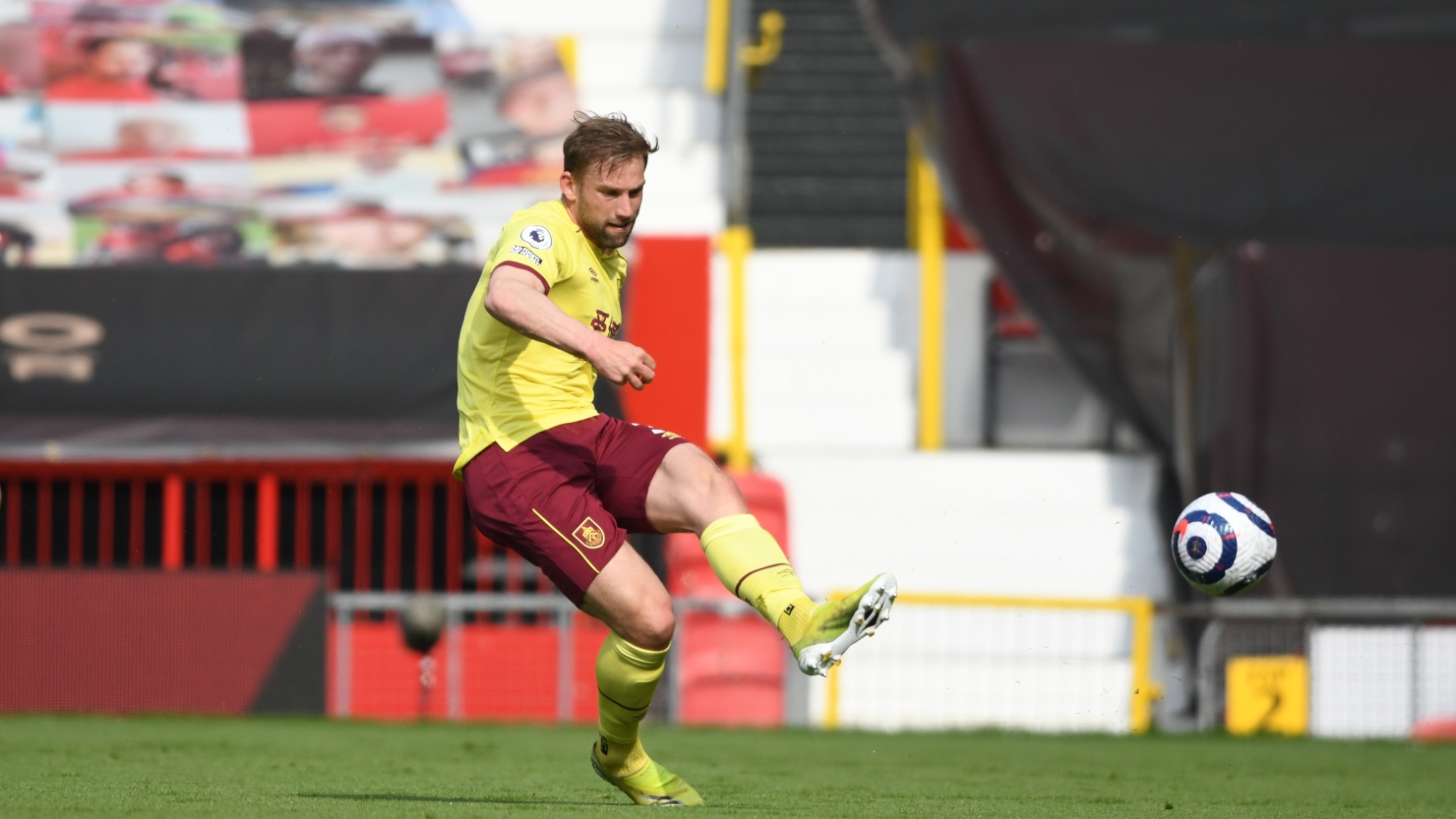 Midfielder Ashley Westwood will make his 150th appearance for the Clarets.

The Clarets haven’t won in their last eight home league games. A ninth would be a record in the top-flight.

Burnley went nine home league games without a win in the third tier in 1998/99.

Leeds are the only side in the Premier League yet to draw away from home this season. Avoiding a share of the points at Turf Moor will equal a club record 24 away league games in a row without a draw.