This instalment features shirt number 10, worn by a plethora of top strikers and since 2016 by current incumbent Ashley Barnes. 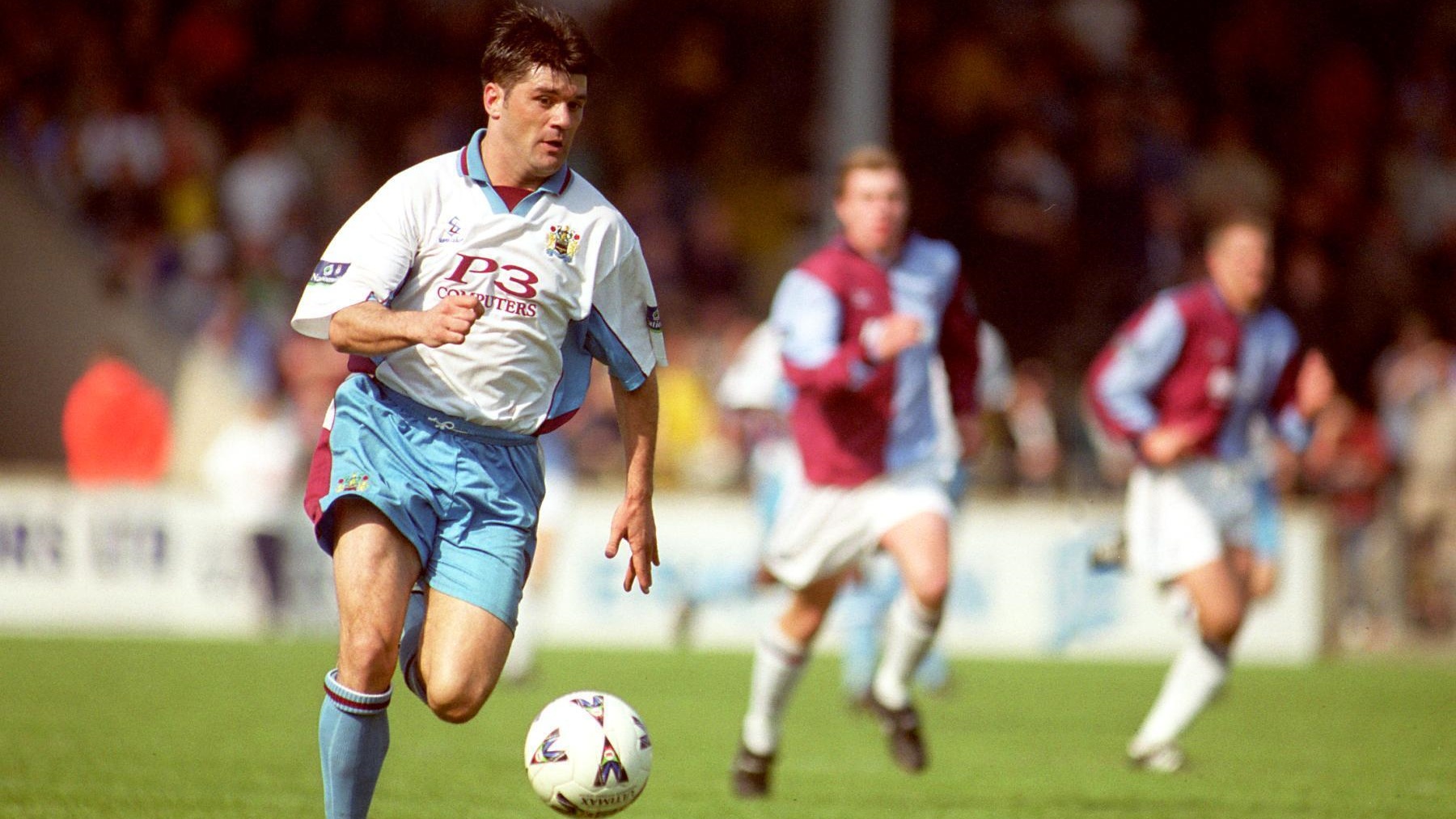 It could have been a completely different story if the teenage Andy Payton had not been rejected by his hometown club Burnley in 1984.

In the event, he went on to make his name as a prolific goalscorer in England and Scotland before returning ‘home’ 14 years later as undoubtedly the best signing made by Chris Waddle during his sole season as Burnley manager.

Following his Turf Moor disappointment, Payton joined Hull as an apprentice in 1985, and there his reputation grew along with his goal tally.

In his final season there, 1990/91, he scored 25 League goals despite the Tigers finishing bottom of the Second Division. A few months later, Middlesbrough signed him for £700,000, then came his most high-profile move when he joined Celtic. He was their leading scorer in the 92/93 season, his tally including the winner in an Old Firm derby against Rangers.

His stay north of the border was relatively short, and for the next few years he continued to average a goal every two games, firstly with Barnsley and then Huddersfield, all the while remaining an avid supporter of Burnley.

In January 1998, he finally made his dream move, joining the Clarets in exchange for Paul Barnes.

Although by now in his 30’s, the ‘Padiham Predator’ arguably enjoyed the best years of his playing career at Turf Moor, and there was never any doubt of him becoming a firm favourite of the supporters.

He hit 20 League goals in his first full season here, and 27 in his second, a figure topped only by Willie Irvine for the club in the post-war era.

Those goals played a major part in the Clarets’ promotion to the second tier under Stan Ternent in 2000.

Payton remained at Burnley for a further three years, but was eventually supplanted as first-choice striker by record signing Ian Moore and then Gareth Taylor.

He played on briefly at non-League level, and subsequently coached at various clubs in the North West after obtaining his UEFA Licence. 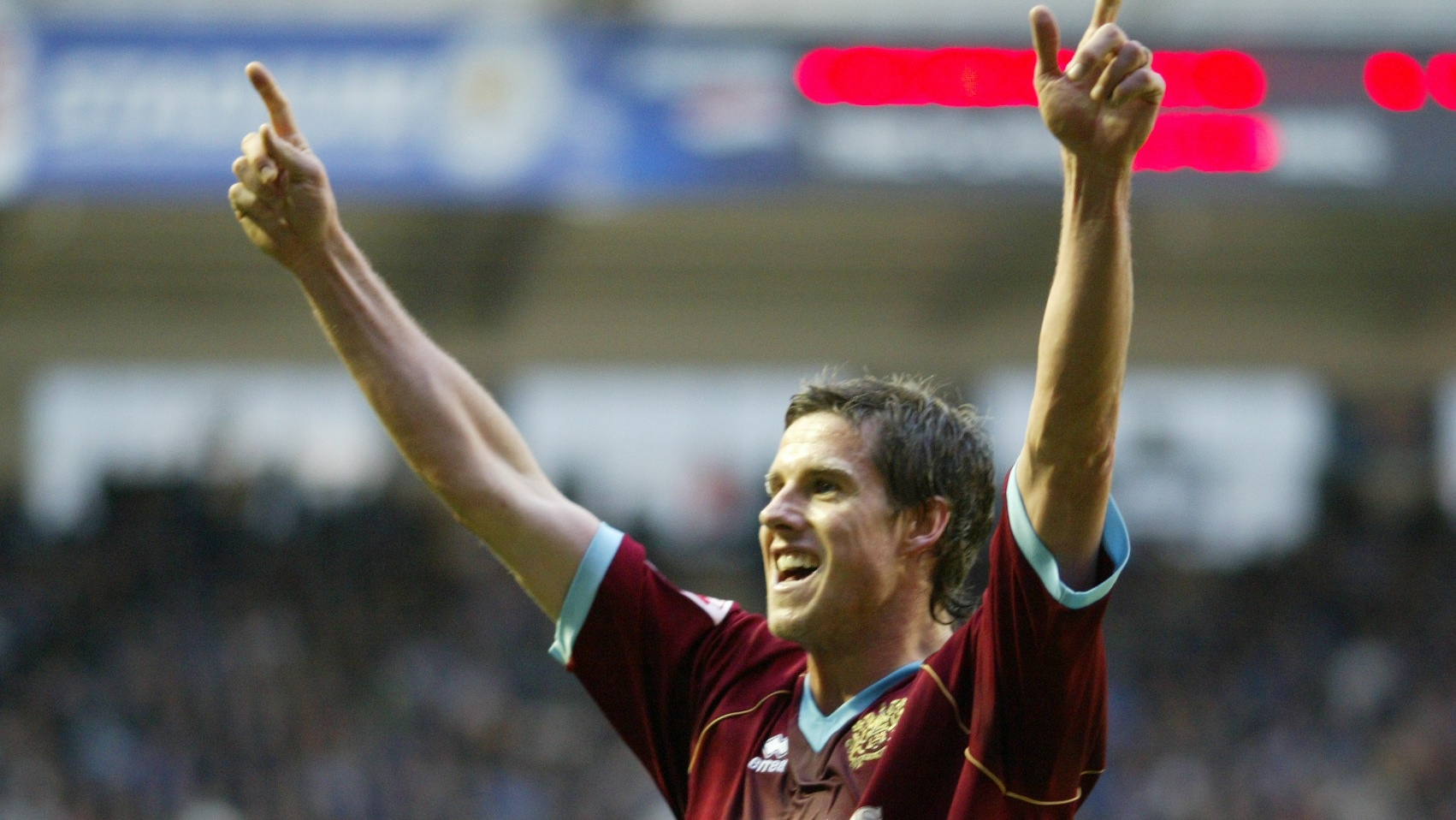 Andy Gray is the son of Frank and nephew of Eddie, former Leeds legends, and it was with Leeds that his professional career began in 1995.

His early career, though, was under the radar until he moved, via Nottingham Forest, to Bradford City in 2002.

It was there where he first showed his talent as a striker and at Valley Parade he won two full international caps, following his father and uncle into the Scotland side.

Never one to outstay his welcome at a club, Gray then moved on to Sheffield United and then Sunderland, from where he was loaned to Burnley in March, 2006.

The move was made permanent in the summer, and his first season as a Claret was going well until a triple metatarsal break kept him out for a long spell. In his absence, the team’s form slumped, and only on his return did matters improve sufficiently to ease Steve Cotterill’s side out of relegation danger.

The 2007/08 season began well, but he was soon on the move again, this time suddenly to Charlton, where he never fully recaptured his Burnley form.

He shone again at his next club, Barnsley, where unusually he remained for three years until 2012. Gray’s tour of Yorkshire ended with brief returns to Leeds and Bradford City, where he played well into his mid-30s.

Since the end of his playing days, Andy has held coaching posts at his first club, Leeds. 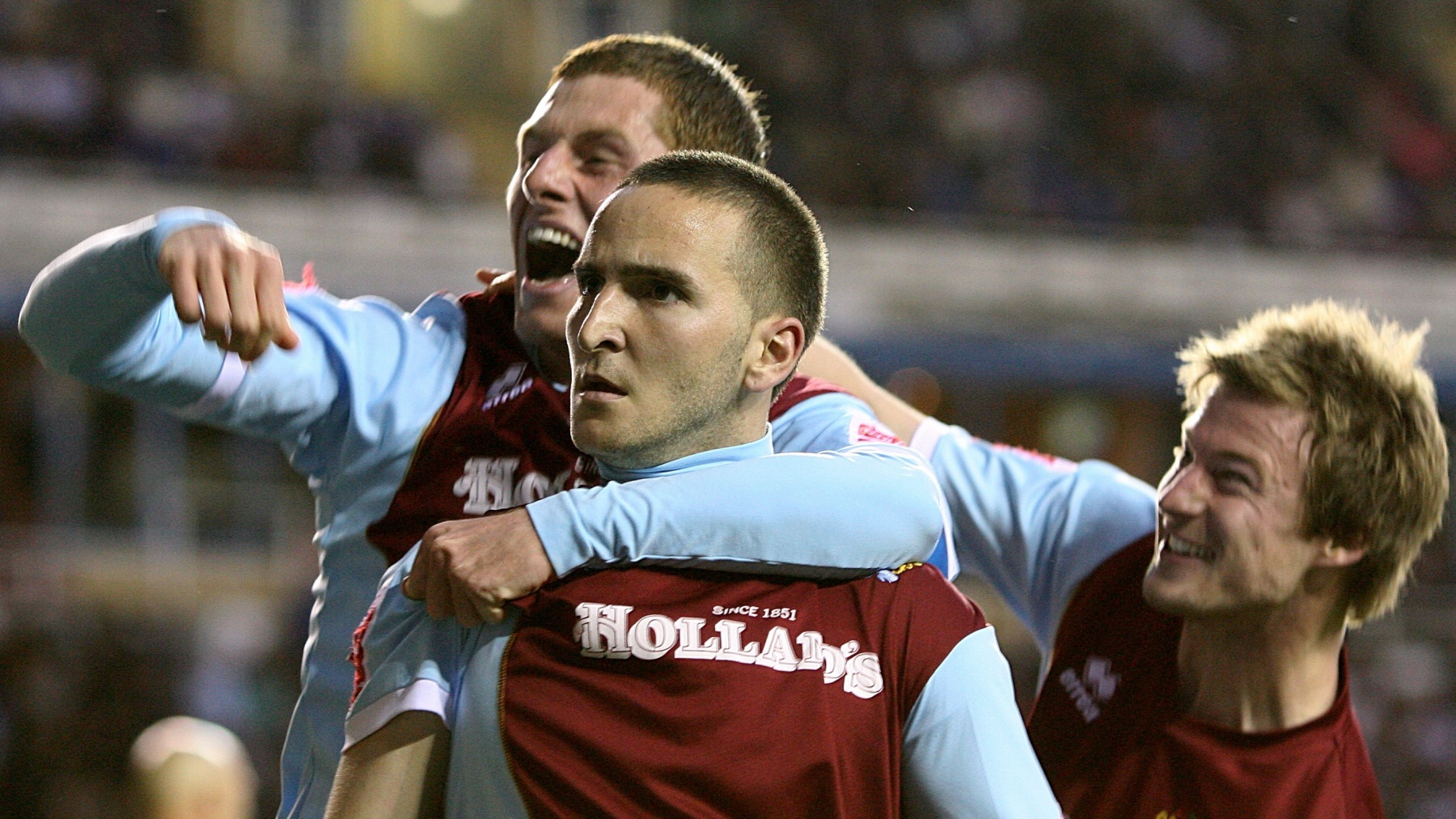 Paterson played for Burnley for five years, but it was in his first season at Turf Moor that Martin made his greatest impression.

Signed by Owen Coyle for £1m from Scunthorpe in the summer of 2008, Paterson soon justified his fee in becoming the Clarets’ leading scorer in the extraordinary 2008/09 season when, having been cruelly deprived of a Wembley trip by two late Tottenham goals in the League Cup semi-final, Burnley made it there in the Championship play-off final when they beat Sheffield United to reach the Premier League for the first time.

Paterson scored 19 goals in total that season, but the best-remembered is undoubtedly his long-range effort at Reading in the play-off semi-final as Wembley beckoned.

Unfortunately, much of his subsequent time at Turf Moor was marred by injury, He missed a large part of the 2009/10 Premier League campaign, and much of the two Championship seasons that followed as the problems kept on coming.

His final season as a Claret was better as he was back playing regularly, by this time often out wide, but by now Charlie Austin was Sean Dyche’s preferred choice as the main strike threat.

Paterson moved to Huddersfield in the summer of 2013, but never really returned to his best there despite scoring twice at Turf Moor on New Year’s Day 2014 when his new side were beaten 3-2 by Burnley.

Following spells in the lower divisions, he moved to the USA and finally India and since hanging up his boots has coached in the USA with Tampa Bay and Fort Lauderdale.