This edition puts the spotlight on number one - traditonally the first-choice goalkeeper's jersey currently worn by England man Nick Pope.

A goalkeeper who has had a fine career, Grant’s spell at Turf Moor was a slow burner as he initially competed with established number-one Brian Jensen for the number-one jersey.

Grant first stood in for Jensen while on loan to Burnley from Derby County in 2005. He had debuted for the Rams against Burnley two years earlier, coming on to replace Andy Oakes, an ex-Claret who never made Burnley’s first team. 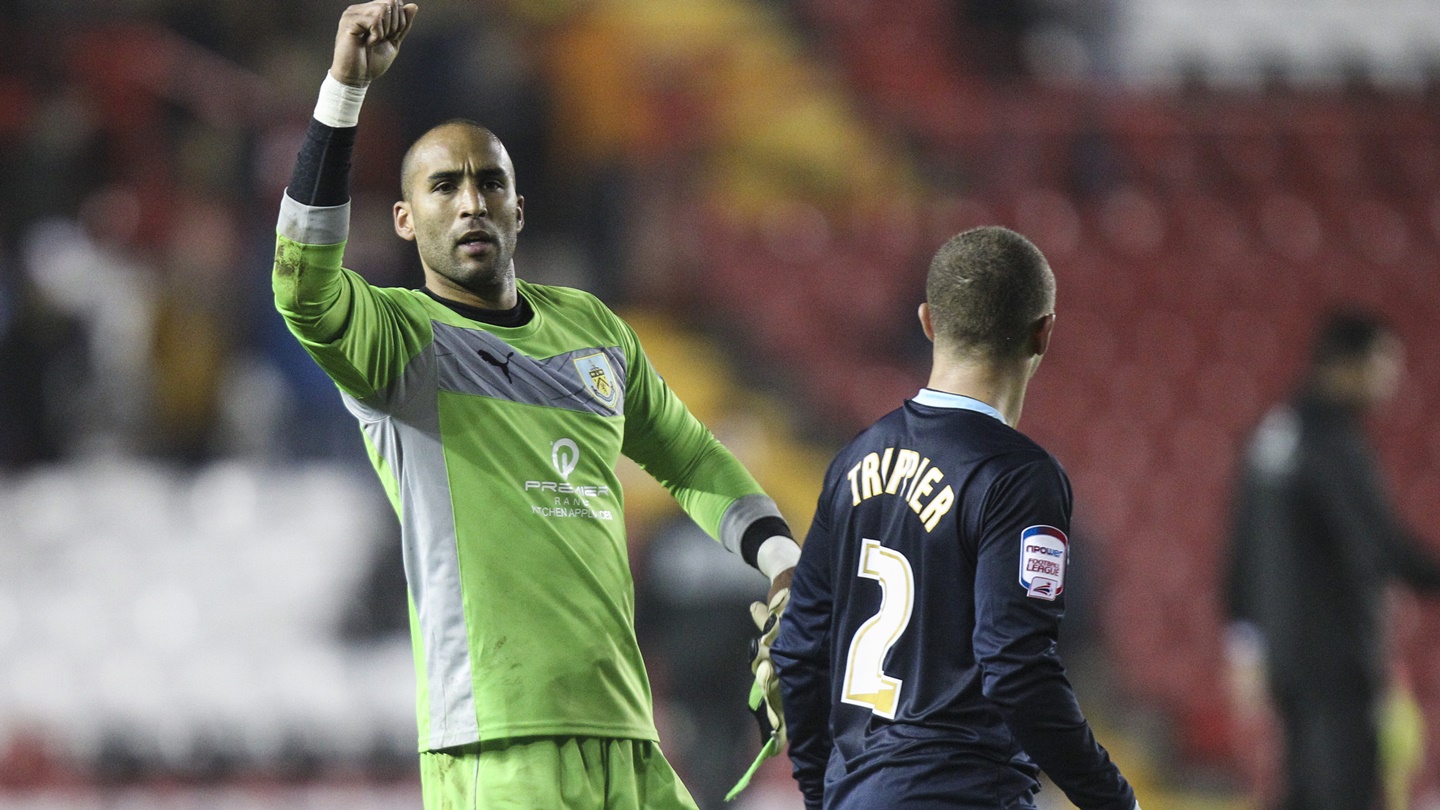 Grant did well enough to win England Under-21 caps before losing his place at Derby and he was loaned to Burnley for two months, replacing Jensen when the ‘Beast’ was suspended for a game against Leicester.

It was another five years before Grant played for Burnley again, having in the meantime represented Oldham Athletic and Sheffield Wednesday.

Ex-Wednesday boss Brian Laws signed him in the summer of 2010 and after starting just over half of the Clarets’ Championship games in his first season then established himself as first choice and by 2012/13 was, in many eyes, Burnley’s player of the season.

Grant elected to return to Derby at the end of that season and after three more years at Pride Park left for Stoke City, where, at the age of 33, he finally made his first appearance in the Premier League.

Player-of-the-season recognition came again in 2016/17 but the return of England international Jack Butland eventually cost him his place at the Bet365 Stadium.

In 2018, Grant then made a surprise move to Manchester United for a reputed fee of £1.5 million to provide experienced goalkeeping cover and mentoring.

He made a couple of appearances in cup competitions and after earning an extended stay in 2020 was offered another new deal in the summer of 2021. 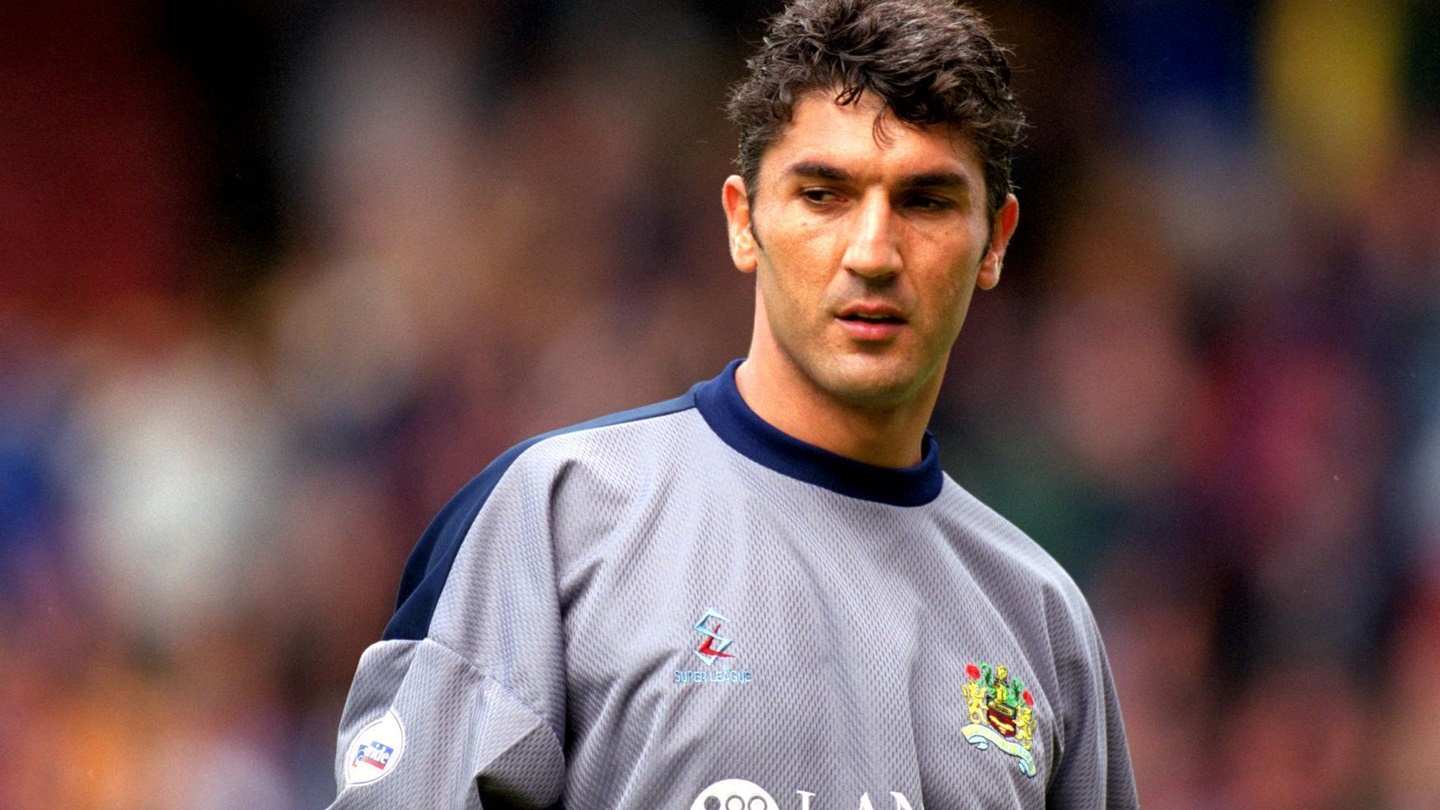 ‘Nik the Greek’ joined Burnley in the summer of 2000. Although already a full international, he started out as second choice keeper at Turf Moor before getting his chance in unlikely circumstances when regular keeper Paul Crichton got stuck in traffic on the way to a Championship game at Huddersfield.

Michopoulos stepped in and played a blinder in a 1-0 win in September, 2000. He kept his place, became an instant favourite of the supporters and enjoyed a fine first season at the Turf, occasionally coming close to the brilliance shown on his League debut.

A calf injury in an FA Cup game at Cheltenham in January 2002 ended his run in the side and Marlon Beresford returned to Turf Moor on loan from Middlesbrough.

Beresford signed permanently for the following season and was generally regarded as Stan Ternent’s first choice.

However, the 2002/03 season was notable for a number of defensive calamities and a bizarre 7-4 home defeat to Watford in April saw Beresford dropped and Michopoulos back in the side.

There was more to come and in the final home game of the season, Michopoulos was carried off on a stretcher with Sheffield Wednesday three goals in front before Beresford came off the bench for the remainder of a 7-2 beating.

The end, then, was much less glorious than the start for the Greek, but at his best he was an excellent keeper who put in some fine displays for Burnley.

Michopoulos left Turf Moor in 2003, and subsequently returned to his old club PAOK Salonika as goalkeeping coach. Burnley played PAOK in a pre-season friendly in 2005, enabling ‘Nik the Greek’ (as he was affectionately known) to meet up with some of his old Turf Moor team-mates. 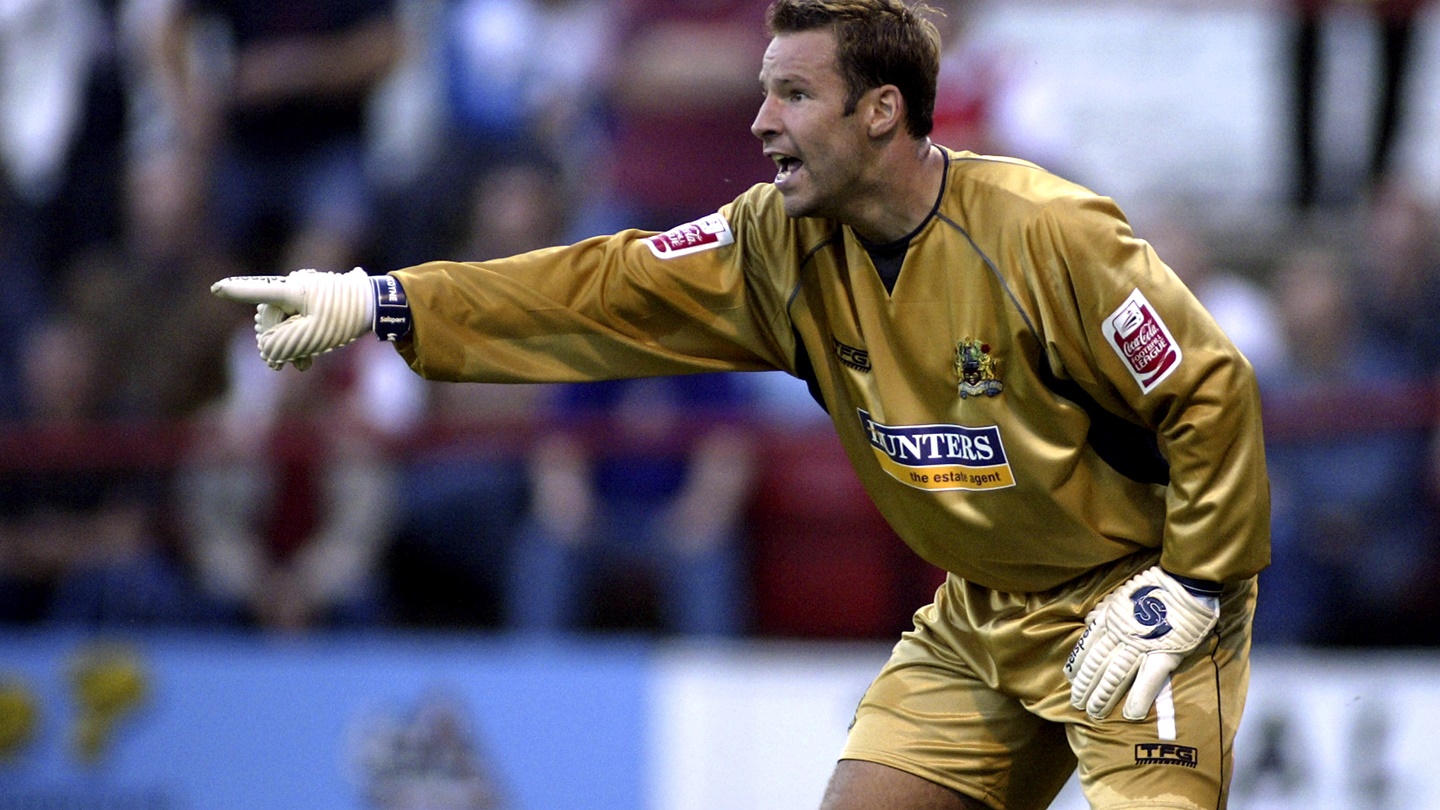 The first of several goalkeepers given the number one shirt in the expectation that they would keep Brian Jensen out of the side, Welsh international Danny Coyne was signed by new manager Steve Cotterill in the summer of 2004.

He was an established keeper, generally regarded as one of the best outside the top-flight in his time at Tranmere Rovers and Grimsby Town.

He started well at Turf Moor but sustained a bad injury after only two months. Jensen returned in goal and did well enough to earn a stay in the side, prompting Cotterill to alternate the two keepers for the last few games of the 2004/05 season.

Coyne’s second campaign took a similar unfortunate pattern, with a more serious injury (ACL) sustained against Brighton in September keeping him sidelined for 14 months. Injured again on his return, he was released in 2007 without ever having much chance to show his mettle with Burnley.

A return to Tranmere brought better luck and Coyne had two fine seasons back at Prenton Park, even earning a recall to the Welsh national side 11 years after his first cap.

He moved to Middlesbrough in 2009 and made his final league appearances there, by this time in his mid-thirties.

Coaching positions at Sheffield United and Shrewsbury followed with a six-year stay with the Shrews including two spells as caretaker-manager and even selection as a substitute (unused) in 2017 at the age of 44.

Coyne moved to Middlesbrough as goalkeeping coach in 2019 but lost his position there when Neil Warnock took over as manager at the start of the 2020/21 season.