This instalment features shirt number 18, previously worn by Phil Bardsley in his first spell at Turf Moor and latterly by Ashley Westwood since his arrival from Aston Villa in 2017. 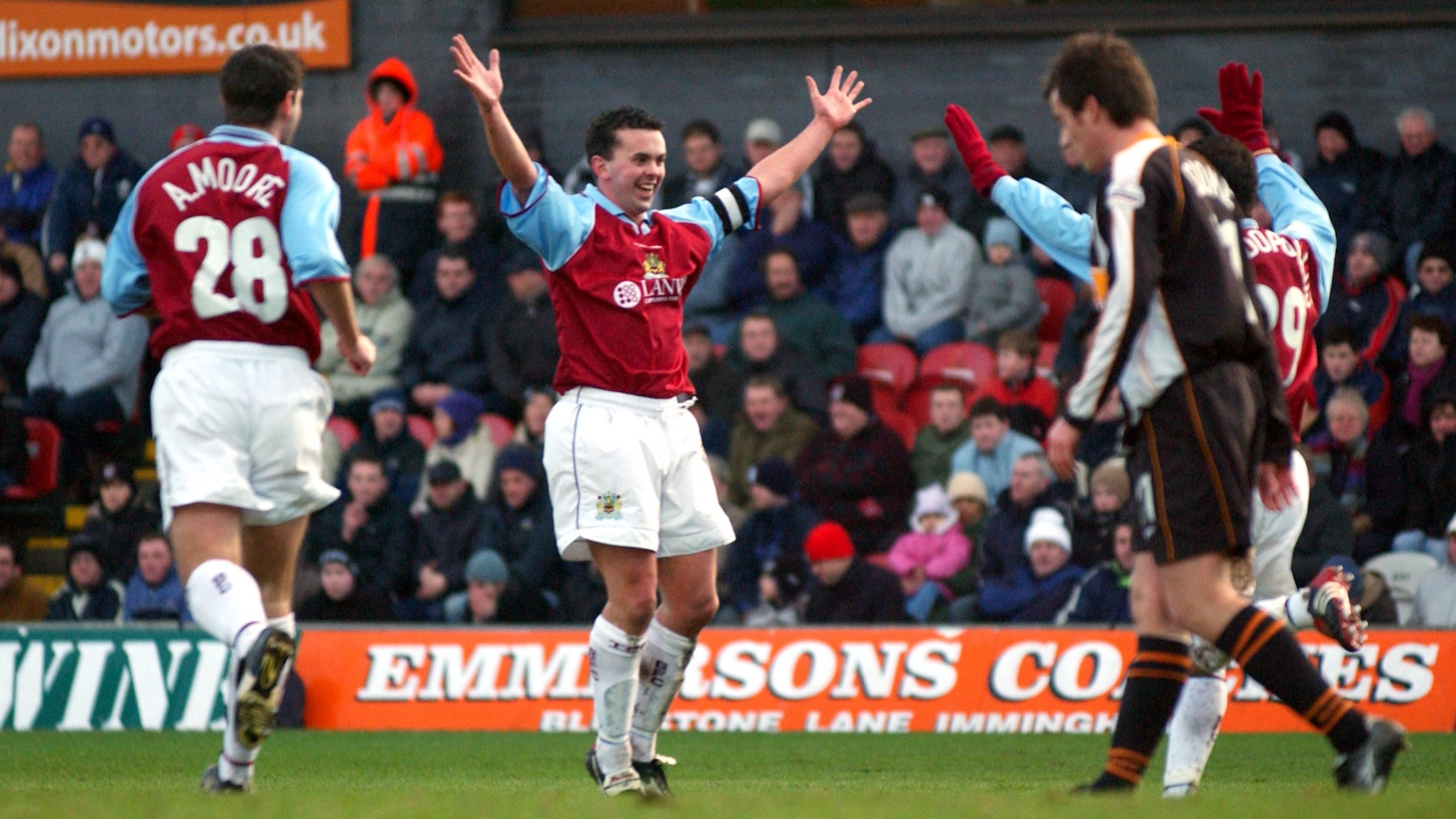 A mainstay of the Burnley side during the Stan Ternent era, Paul Weller racked up close to 300 appearances despite losing nearly two years of his career to injury and illness.

Weller was a product of the Turf Moor youth system, but after seemingly making little headway went for trials with Stoke in 1995. On his return, he made his senior Clarets debut aged 20 in a League Cup tie against Leicester and went on to become a regular in the side, firstly under Jimmy Mullen and then Adrian Heath.

Generally playing on the right side of midfield, he impressed with his never-say-die approach in games, an attribute clearly appreciated by all his managers.

Weller looked set for a move up to the Premier League when he trialed at West Ham in 1998, but soon afterwards a persistent stomach problem needed three operations and he had hardly featured again by the time Ternent’s side won promotion to the second tier in 2000.

He went on to play his best football from a wing-back position, forming a highly effective partnership on the right with Glen Little, and later in central midfield, a position ideally suited to his highly committed approach.

His final game for Burnley, in May 2004, was also Little’s swansong and the emotional farewell of manager Stan Ternent.

Although still only 29, his League career was all but over.

After a very brief spell with Rochdale, Weller dropped into non-League football for a short time before retiring from playing. He later returned to Turf Moor, working in the community department and coaching the junior players. 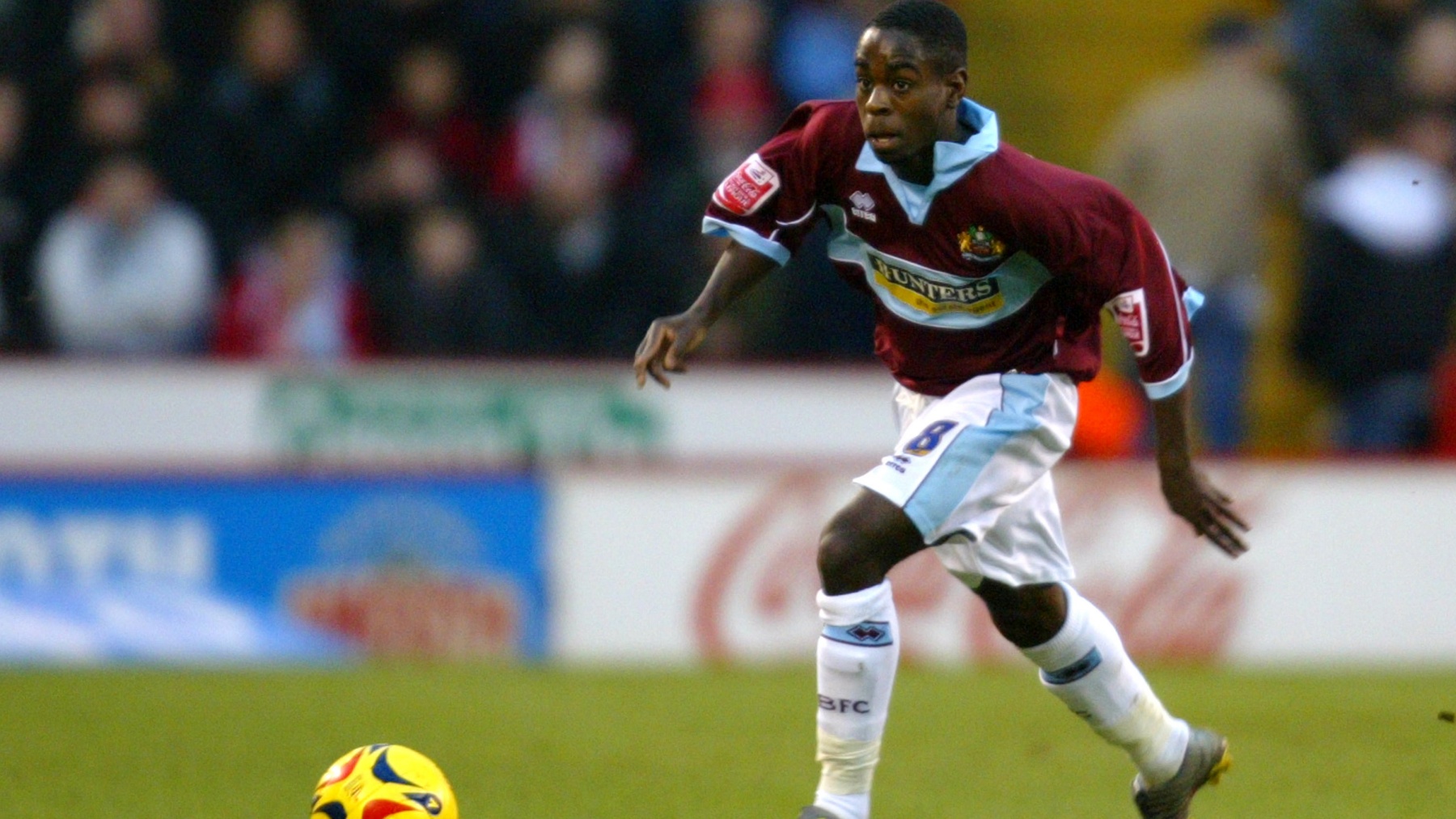 His time at Turf Moor was little more than a footnote in Nathan Dyer’s career, but it was at Turf Moor where the diminutive winger got his first taste of League football.

That came when he arrived on loan from Southampton in October 2005. Steve Cotterill’s side was noted mainly for its defensive solidity, and Dyer, 17-years-old, brimming with confidence and with pace to burn, added a welcome touch of flair.

He scored on his Championship debut against Millwall and again against Watford to add to his good impression, and he soon became a crowd favourite. Although efforts were made to extend his stay, he returned to Southampton in December having made just five appearances for Burnley.

There was clearly potential there, and it was soon realised at St. Mary’s, although his time there was marred by a lengthy contract dispute.

His career really blossomed after a 2009 move to Swansea, where he was ever-present in the side that won promotion to the Premier League two years later, and scored twice as the Swans won the League Cup by beating Bradford City 5-0 in the final of 2013.

Dyer was loaned to Leicester for the 2015/16 season, and although not a regular, made his contribution to the Foxes’ amazing achievement of being crowned Premier League champions.

He then returned to Swansea, and by the time he left on the expiry of his contract in 2020 he was close to 350 appearances for the club, having been a major player during the club’s seven-year stay in the Premier League. 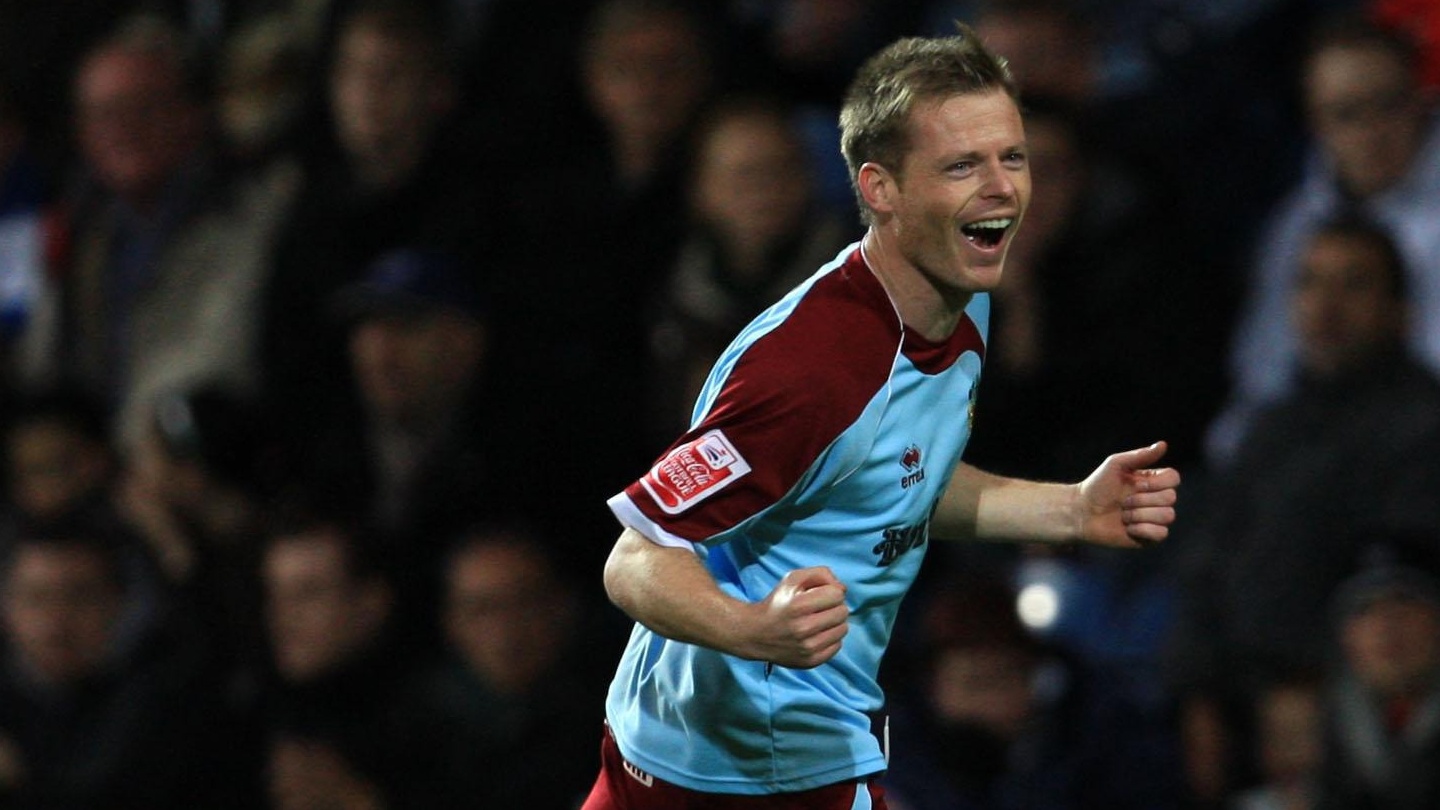 Mahon’s professional career began at Tranmere, when they were in the second tier, and he appeared in their 2000 League Cup final defeat against Leicester.

That year also saw him win his first full cap for the Republic of Ireland, following early caps at youth and Under-21 levels.

He left Tranmere in 2000 for Sporting Lisbon, where he appeared against Real Madrid in the Champions League, but soon returned to England with Blackburn Rovers, making his debut at Turf Moor as a late substitute in the East Lancashire derby in December 2000. He was part of the Rovers side that was promoted to the Premier League that season, and repeated the feat at his next club Wigan Athletic when they reached the top flight in 2005.

At both clubs, though, a promising start failed to develop into more, and in March 2006 he joined Burnley on loan.

After impressing manager Steve Cotterill, the signing was made permanent in the summer, with Cotterill describing Mahon as his ‘Jewel in the Crown’.

His performances as a creative midfielder with a powerful shot underlined that potential, although much of his later Clarets career was dogged by injury.

One of his last appearances was in November 2008 when the Clarets stunned the football world by knocking Chelsea out of the League Cup at Stamford Bridge.

Mahon scored one of the penalties in the shoot-out that secured that victory.

He was released in 2009 and returned to his first club Tranmere, but he never reached his earlier heights there and was released two years later after a succession of injuries.