This time we throw the spotlight on number 15 which is the current property of Northern Ireland international Bailey Peacock-Farrell, the first goalkeeper to wear the jersey (with the exception of a cameo from one of the players highlighted below). 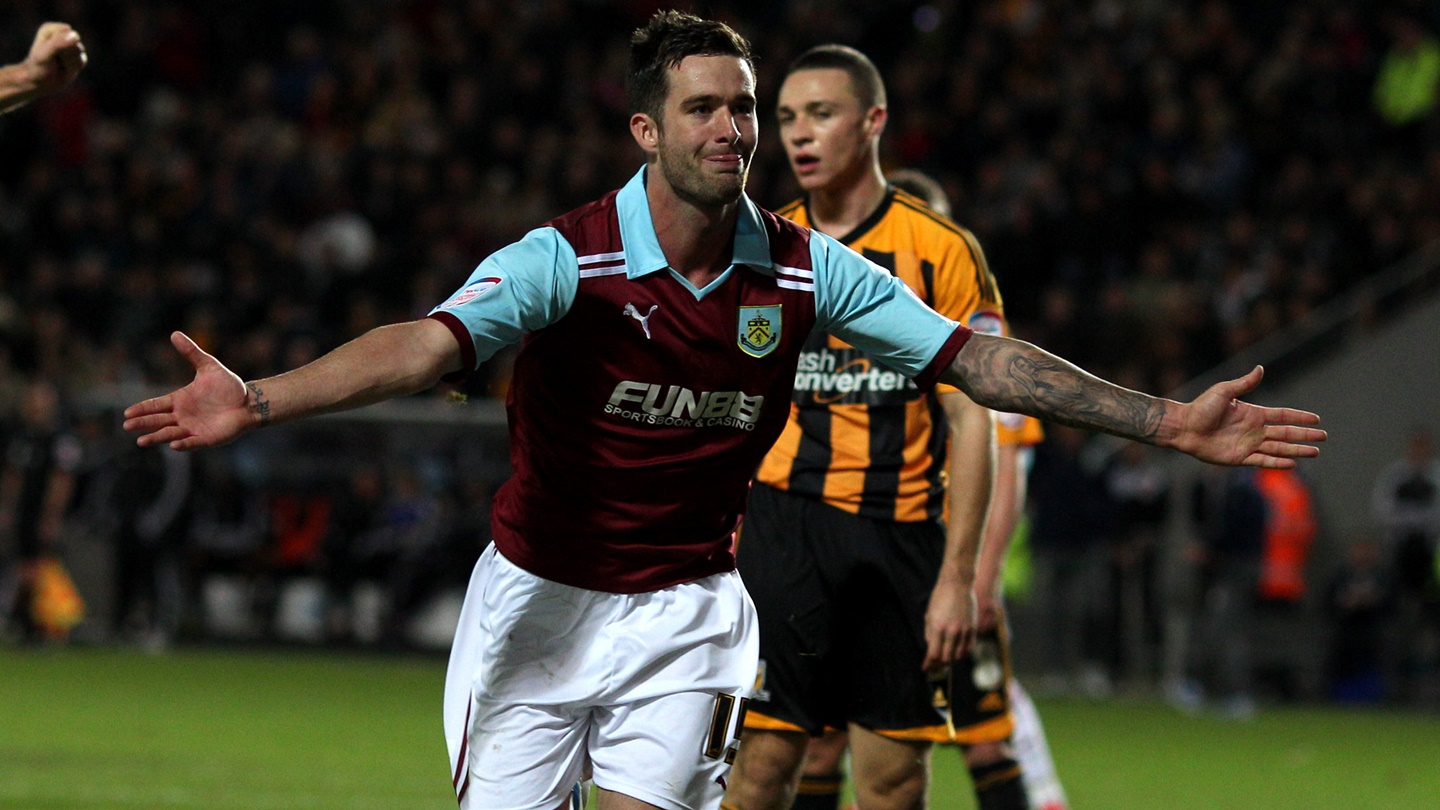 Versatile players can sometimes be under-appreciated and pay for their flexibility by struggling to occupy a permanent position in the team.

David Edgar may have been one of those players who suffered at times in his Turf Moor career from able to deputise in several different roles.

Edgar’s father, Eddie, was a Geordie who was on Newcastle United’s books as a goalkeeper in the 1970s.

However, David was born and brought up in Canada, where as a youth he excelled at athletics and ice hockey (at which he was considered good enough for a professional career) as well as football.

He moved back to England aged 14 and followed his dad into St. James’ Park. A good start in the Newcastle side saw him score against Manchester United on his home debut but opportunities were relatively rare and in 2009, shortly after Burnley’s first promotion to the Premier League, Owen Coyle brought him to Turf Moor.

Coyle had gone by the time Edgar made his first top-flight appearance as a Claret, in a 3-0 defeat at Old Trafford in January 2010 which was Brian Laws’ first game as manager.

With other players ahead of him in the defensive pecking order, though, Edgar spent the last months of that season on loan to Swansea.

By far his best season with Burnley was 2011/12 when he was near ever-present and scored his first two goals for the club within six minutes of each other in a 3-2 win at Hull City.

Mainly used as a defender under Eddie Howe’s management, he was employed more often in central midfield after Sean Dyche took over. Although not a regular, he did appear in almost of half of the League games in the Clarets’ promotion season of 2013/14, his last as a Burnley player.

He was seriously injured in a hit-and-run accident in December of that year, but recovered to resume his playing career, which apart from a brief spell at Hartlepool United, continued in Canada and the USA up to his retirement at the end of 2020, by which time he had won 42 full caps for Canada, including 23 during his time at Turf Moor. 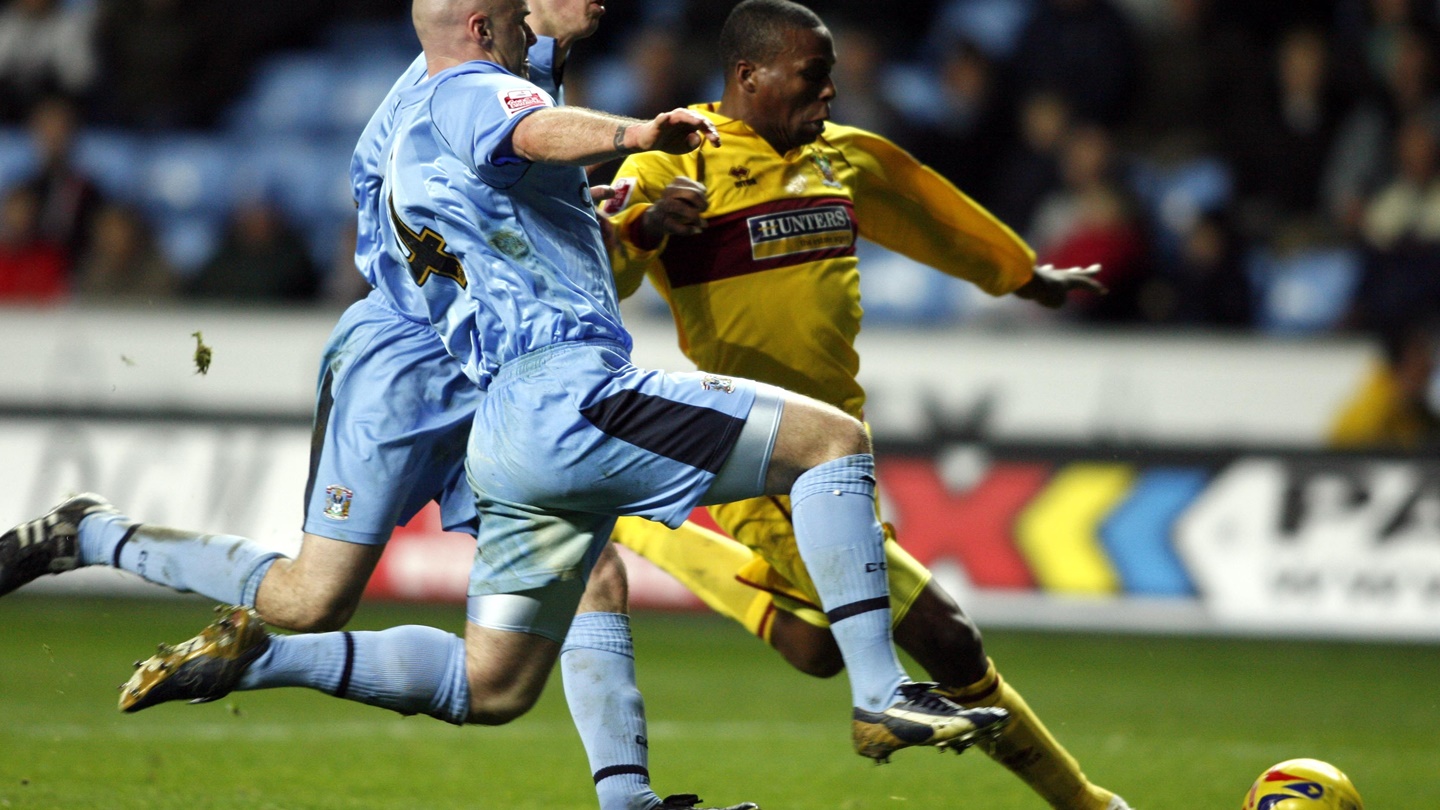 Regarded as something of a boy wonder in his early days at Watford, Gifton Noel-Williams made his League debut at the age of 16.

He was still a teenager when he was the Hornets’ leading scorer as they won promotion to the Premier League in 1999. However, arthritis in his knee, a condition that plagued him throughout his career, restricted him to just three top-flight appearances in the following campaign.

He scored on his Clarets’ debut at Crewe Alexandra but failed to hold down a place in the side. He was loaned to Brighton near the end of his first season and then transfer-listed but no buyers were forthcoming and he went on to show his abilities much more in the 2006/07 campaign, particularly when scoring a hat-trick after coming off the bench as Burnley recovered from two down to beat Barnsley 4-2 at Turf Moor.

It was quite a surprise when he was sold to Spanish club Real Murcia in January 2007. His days in English football were over, barring very brief spells with Millwall and Yeovil Town and he ended his playing career in the USA.

Subsequently he has coached and managed at various non-League clubs, most recently Billericay Town of the National League South, where he was appointed assistant manager in October 2019. 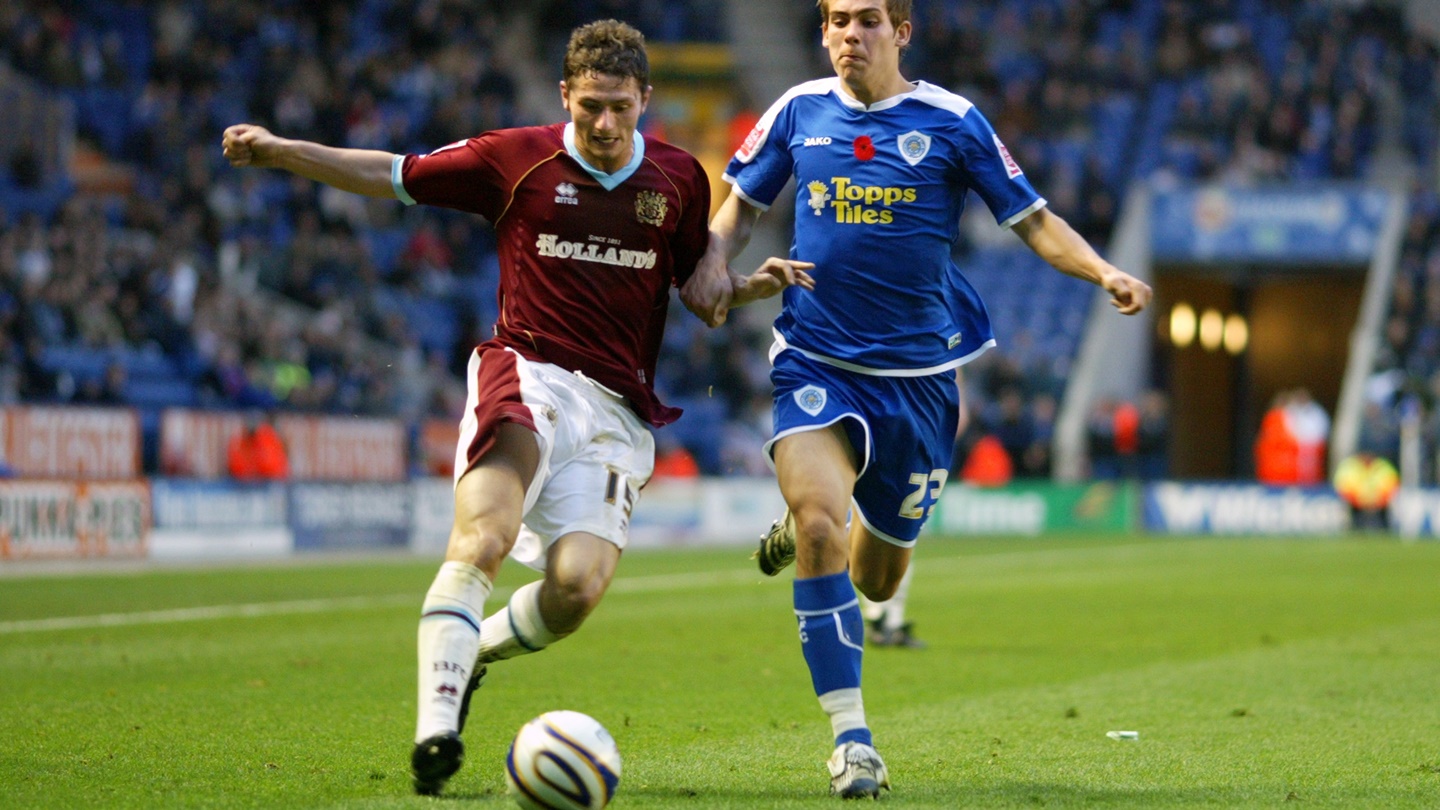 After the Clarets had beaten Bournemouth in an FA Cup tie January 2005, manager Steve Cotterill signed three players from the Cherries.

The last of the trio to arrive was John Spicer who joined at the start of the following season.

Originally with Arsenal, Spicer first joined Bournemouth on loan in 2004 but soon signed permanently,and following a good first season at Dean Court he moved to Burnley.

As with David Edgar, Spicer was a versatile player and during his three years at Turf Moor he appeared in midfield, at right-back, up front and even once in goal, where he did well following Brian Jensen’s sending-off in a notable 3-2 win at Luton in November 2005.

That versatility, though, was a mixed blessing, and he was rarely an automatic choice for the Clarets’ starting line-up, with over half of his appearances coming from the bench.

He was a useful impact substitute, though, most notably when scoring the winner in a late-season game at Birmingham in 2007 when relegation to League One was looking a distinct possibility.

Spicer dropped out of favour after Owen Coyle replaced Cotterill in the hot seat and was released in 2008, joining Doncaster Rovers where he enjoyed two further seasons of Championship football.

He then dropped into the lower tiers with Notts County and Southend, where he played his last League game in March 2013, still only 29 years of age.