• NFL star Jenkins is part of the ALK Capital investment group that took over the club last year
• A 12-year NFL veteran, Jenkins remains an active player with the New Orleans Saints, as well as being a successful entrepreneur and philanthropist
• Jenkins joined Executive Chairman Alan Pace for a tour of Turf Moor, before watching the Clarets against Manchester City at the weekend

Two-time Super Bowl Champion and three-time Pro Bowl Safety Malcolm Jenkins has spoken about his involvement with Burnley Football Club after visiting Turf Moor for the first time at the weekend.

Alongside Executive Chairman, Alan Pace, Jenkins, who is part of the ALK Capital investment group, was given a tour of the club’s historic home before watching the Clarets take on current Premier League champions Manchester City at the Etihad Stadium.

Jenkins, a 12-year NFL veteran, who remains an active player with the New Orleans Saints, has a minority stake in the club as part of the ALK Capital investment group that took over last December.

A highly respected and successful businessman in his native United States, Jenkins has built a holding company, Malcolm Inc., to manage his off the field business portfolio, philanthropic and brand partnerships, which cover a wide-ranging group of companies across Media, Tech, Apparel, Restaurants, Real Estate, Sport and Education.

Speaking about his minority investment in Burnley during his visit, Jenkins believes that the club is the perfect fit for him and the values that are integral to all his business ventures:

“I’m excited to enter this new relationship, as Burnley FC is known for its tenacity, work ethic, good sportsmanship and efficient operational infrastructure. It’s a great fit for me personally and my company to invest in the growth of the sport alongside a historic organization that aligns with our company values.

After receiving a tour of Turf Moor, Jenkins was impressed with his first look around the Clarets’ home:

“I think the club’s doing a great job with some of the updates around the stadium and to see the vision of where they want to go in creating a venue that’s not only a great place to come and watch a game is really exciting.”

“It was great to welcome Malcolm and his team to Turf Moor at the weekend and give them their first live taste of Premier League action.

“Malcolm has a wealth of high-level experience, not only as an elite sportsman, but through his successful business and philanthropic enterprises. We’re thrilled to have him as part of our investment group and look forward to him helping our efforts to develop the club both on and off the pitch.” 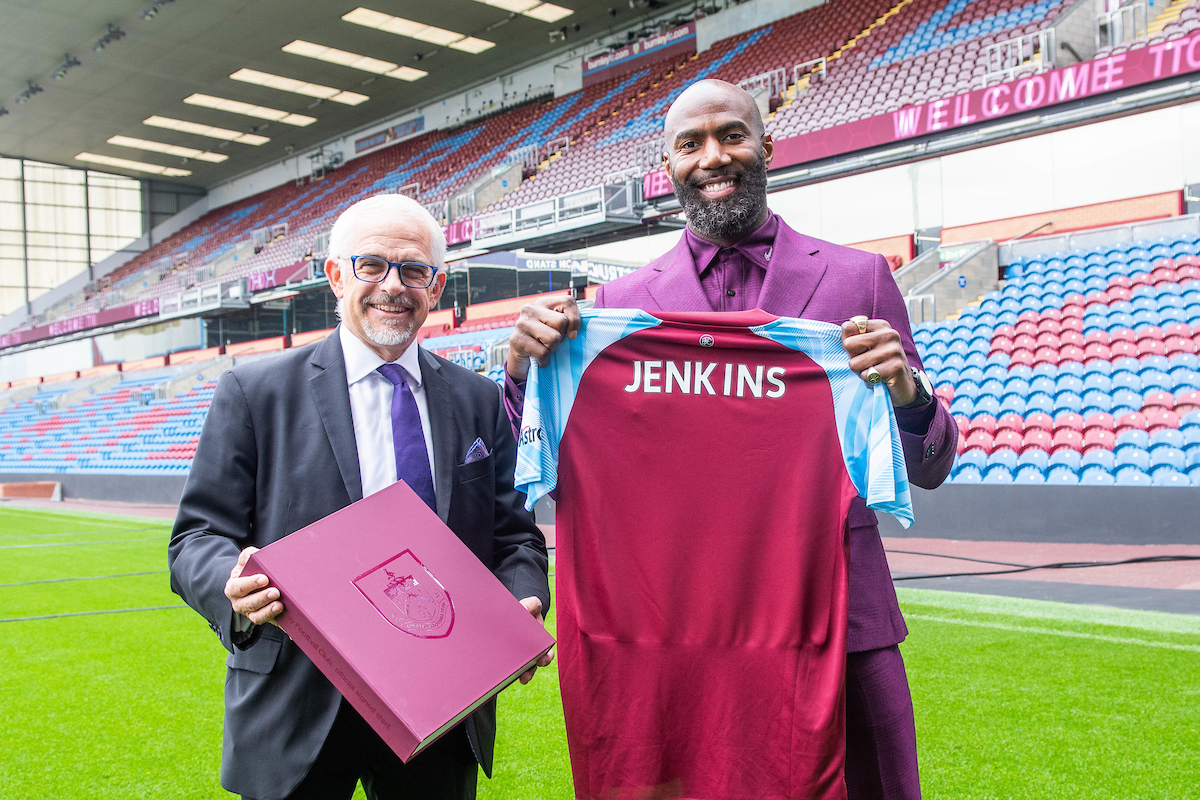