NEW MIDFIELD MAN OUT TO MAKE HIS MARK

New arrival Mark Helm is hoping to follow in the footsteps of Dwight McNeil after making the switch from Manchester United to Burnley.

Helm has joined the Clarets after ending a 12-year association with United, where he progressed through the development centre to the academy and professional ranks at Old Trafford.

The midfielder, 19, has now signed a two-year deal at Turf Moor, with the option of a further 12 months.

And he sees the career path forged by McNeil, from being released by United to becoming a Premier League regular with Burnley and an England Under-21 international, as an example to try and follow.

“He shows that the pathway there is possible and hopefully I can do the same as him.” 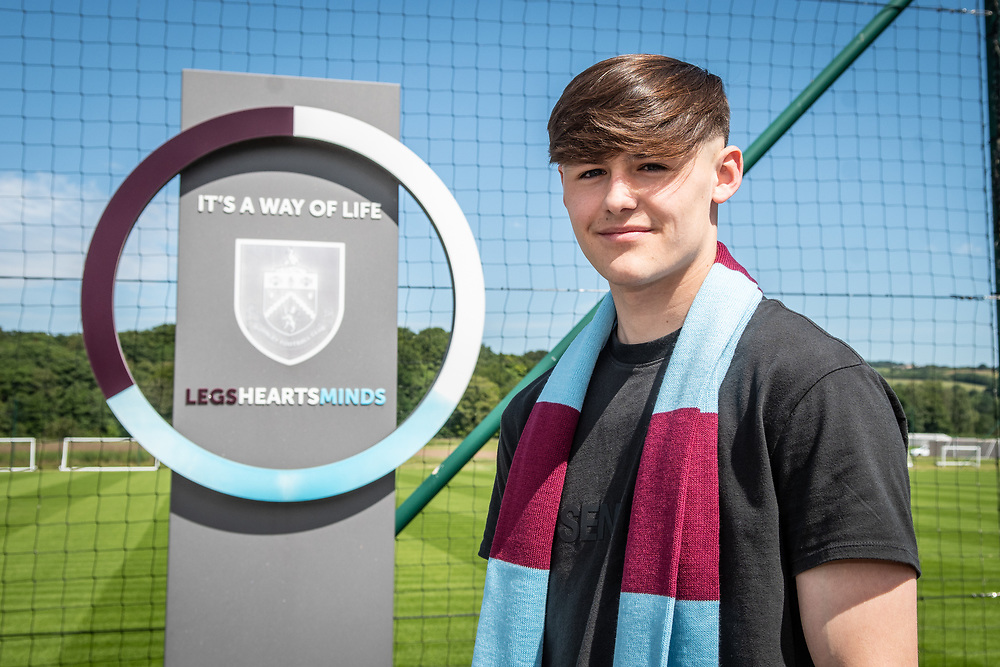 Warrington-based Helm helped United reach the FA Youth Cup semi-finals in 2020 and was a regular for the club’s U23 side last season, scoring three times in 24 appearances in the top tier of Premier League 2.

The central midfielder player, with a reputation for his dead-ball delivery, also helped United’s U21s advance through the group stage of the Football League Trophy, scoring twice in a 6-0 win at Salford City before Accrington Stanley ended their interest in the competition.

Helm - who played at United in the same age group as new Burnley team-mate Max Thompson - will start out with the Clarets in the U23 squad when they report back for pre-season training next Wednesday.

But like McNeil, who joined Burnley at the age of 14 and progressed through the U18s and U23s to break into the Clarets' first team as a teenager, will be looking to prove himself worthy of promotion in his time at Turf Moor.

He added: “It was a great experience to be at United and I’m looking forward to a new challenge here.

“Burnley is a Premier League club and hopefully I can make my mark here in the seasons to come.

“It’s a chance to show what you’re made of and I’m really looking forward to it.

“I’ll be starting pre-season with the 23s and hopefully I can show everyone what I’m capable of.”