Burnley Football Club is saddened to hear of the death of John ‘Jock’ Aird, who had been the club’s oldest surviving former player.

Aird passed away earlier this month at the age of 94 in his adopted home of Australia.

The former Clarets’ defender played 143 first-team games for Burnley and also held the distinction of being our own only dual international.

He was the first Burnley player to be capped by Scotland and then won two caps for New Zealand after leaving Turf Moor and emigrating in September, 1955.

Born in Glencraig, in the Fife region of Scotland, Aird was spotted by the Clarets playing as a centre-forward for Perth junior side Jeanfield Swifts.

He arrived at Turf Moor in August, 1948 – for a transfer fee of £75 – and continued to play initially as a striker in the Clarets’ ‘A’ team.

However, it was following his conversion to a full-back on either flank that he began to make a mark at senior level. 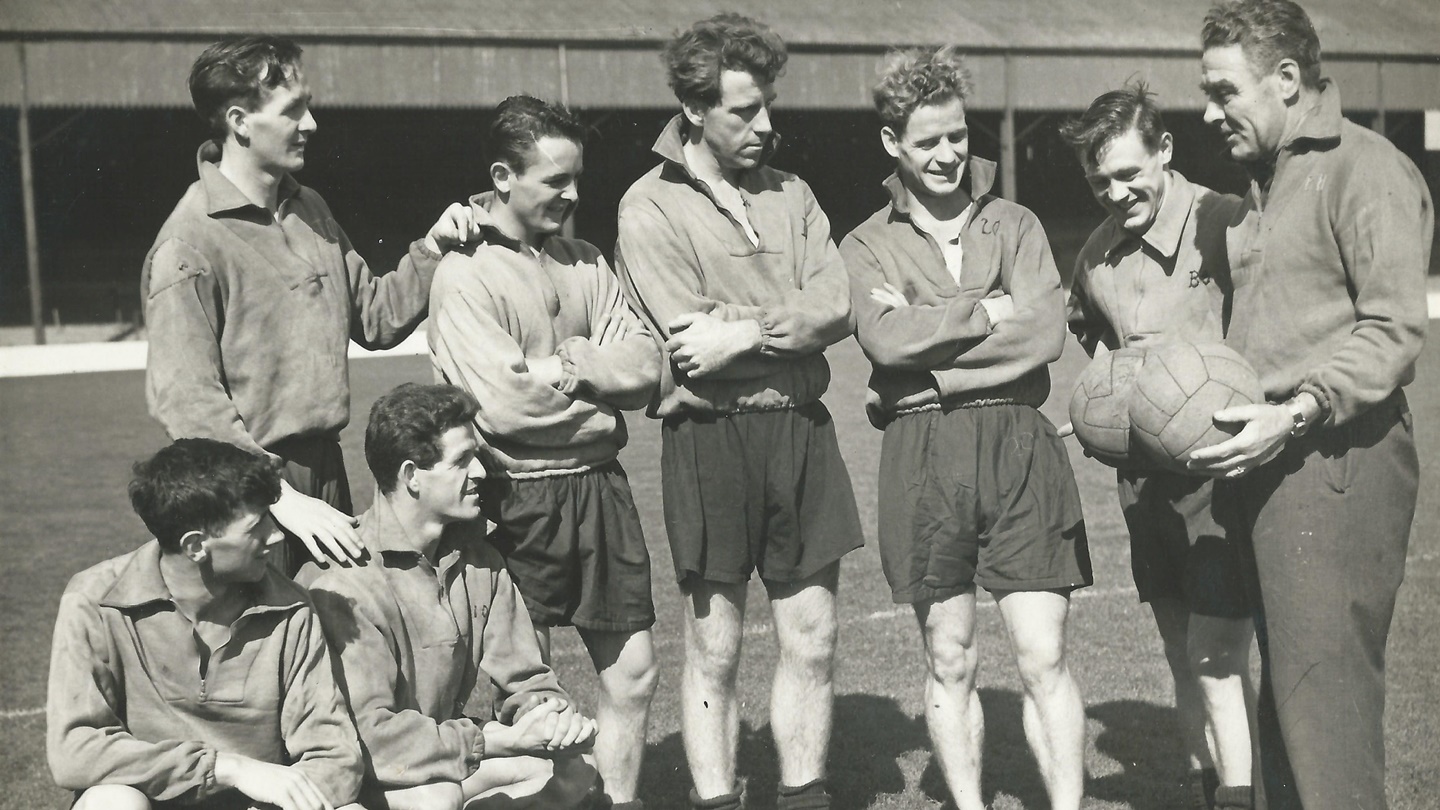 But his first-team debut came in a First Division game against Liverpool in April, 1950 in the same season he helped the Clarets win the Lancashire Senior Cup by beating the Merseysiders in the final at Turf Moor.

And Aird finally made the right-back slot his own in the early stages of the 1951/52 season as Burnley finished 14th in the First Division and reached the quarter-finals of the FA Cup.

An excellent defender, Aird then missed just a handful of games in 1952/53 as the Clarets, under the management of Frank Hill, secured sixth place in the table.

He was again the Clarets’ first choice at right-back throughout the following campaign before losing his regular slot in the team to Harold Rudman in November, 1954 and playing his last game for Burnley – now under the management of Alan Brown – in April, 1955.

Like his club career, Aird was also something of a late developer on the international scene.

His form for Burnley brought him Scotland recognition with a call-up to the ‘B’ team to face England’s second string in March, 1953 when he lined up against Burnley team-mates Bill Holden and future champions Jimmy Adamson and Tommy Cummings - England's skipper - in a 2-2 draw at Easter Road.

He played in a repeat of the fixture 12 months later and performed well enough to earn selection to the full squad.

Aird made his senior Scotland debut against Norway at Hampden Park in May, 1954 and went on to win four caps, including two appearances in that summer’s World Cup Finals in Switzerland when he played at left-back on the opposite flank to captain and Preston North End legend Willie Cunningham.

After emigrating to New Zealand, Aird played for Eastern Union and was capped twice at international level by the ‘All Whites.’

He then relocated to Australia and made his home in New South Wales, playing for Sydney-based club Hakoah in the final stop of a unique career.

Aird remained in touch with a number of his former Burnley team-mates – including club legend Jimmy McIlroy – and as well as continuing to follow the fortunes of the Clarets, visited Turf Moor a number of times on his visits back to the UK.

His wife Sheila passed away a number of years ago but Aird is survived by daughters Lynne and Karen and all of his grand-children Leigh, Dayle, Hayley, Sean, Owen, and Kelly.

The thoughts of everyone at Turf Moor are with them at this time.