This instalment features shirt number 5, currently worn by James Tarkowski, since his arrival from Brentford in 2017. 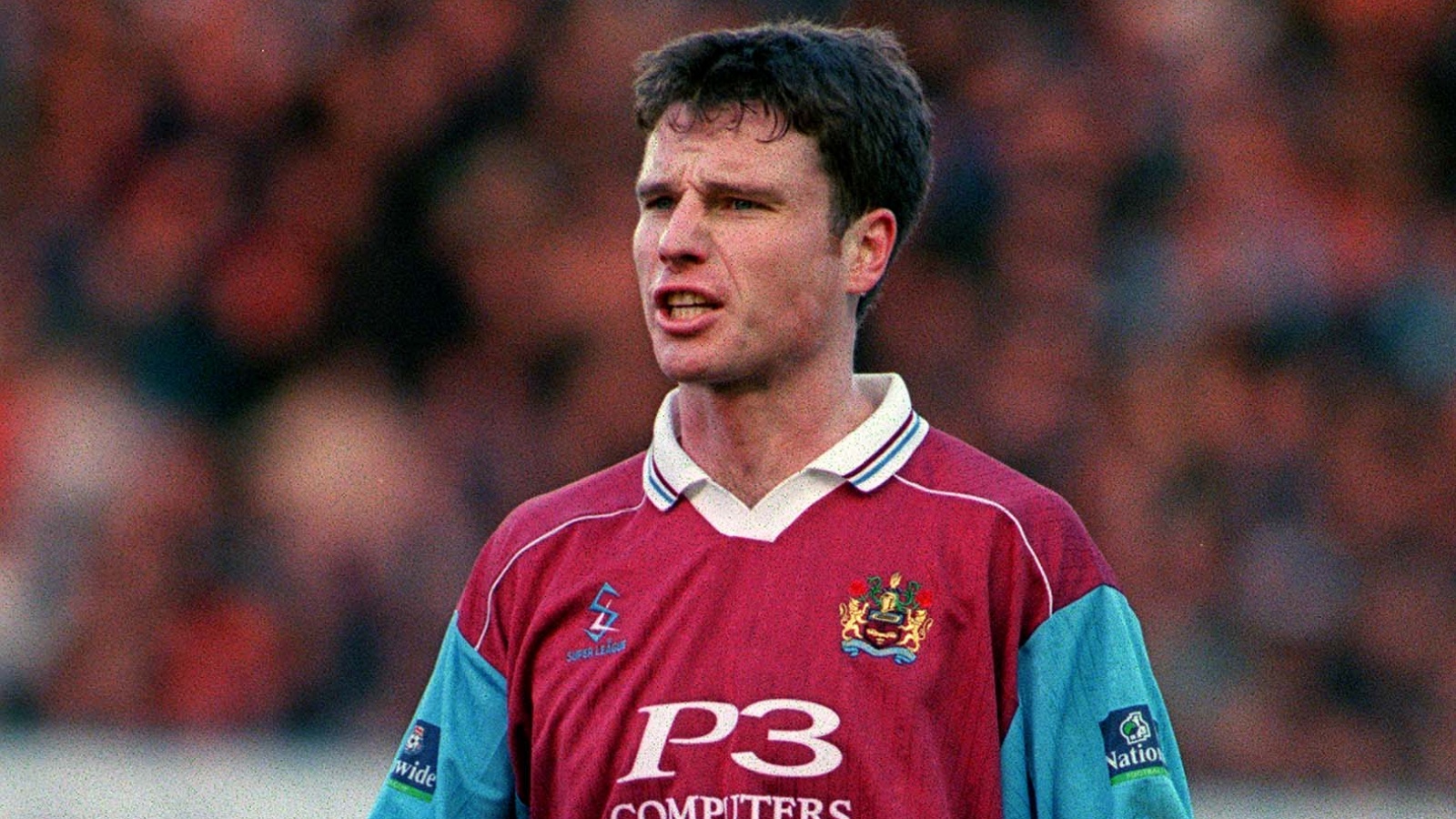 One of the most popular Clarets of his era, Steve Davis had three spells as a player with Burnley.

It was clear from that initial loan spell, during which he partnered his namesake in central defence, that Davis was a player destined for bigger things, but chances for Southampton remained few and far between until Frank Casper, the manager who had originally signed him on loan, brought him back on a permanent basis.

He replaced the first Steve Davis at the heart of the Clarets’ back line, and his partnership with John Pender was a key factor in the Fourth Division title success of 1992. Under Jimmy Mullen, he was involved in a second promotion two years later, and his defensive dominance coupled with his surging forward runs and a fine scoring record for a centre-back made him a firm crowd favourite.

The loss of second-tier status in 1995 made his departure almost inevitable and a £750,000 fee saw Davis join Luton Town, where he was again hugely popular at Kenilworth Road.

His reputation at Burnley remained high, and he duly returned to Turf Moor when Stan Ternent signed him for £850,000 at the end of 1998. He was promoted with the Clarets for the third time in 2000, and was one of the main factors in the two successful years that followed, which both ended in Burnley narrowly missing out on the Division One (Championship) play-offs.

Davis was 34 when he moved to Blackpool in 2003, but his days with Burnley were still not over. He returned as first team coach in 2006, subsequently moving up to assistant manager, and caretaker for one match (a 1-0 win at Leicester) in November 2007 between the tenures of Steve Cotterill and Owen Coyle.

He reverted to first team coach under Coyle, and was still in that role when promotion to the Premier League was won in May 2009 at Wembley. Eight months later, Davis left Turf Moor for the third time when he followed Coyle to Bolton. 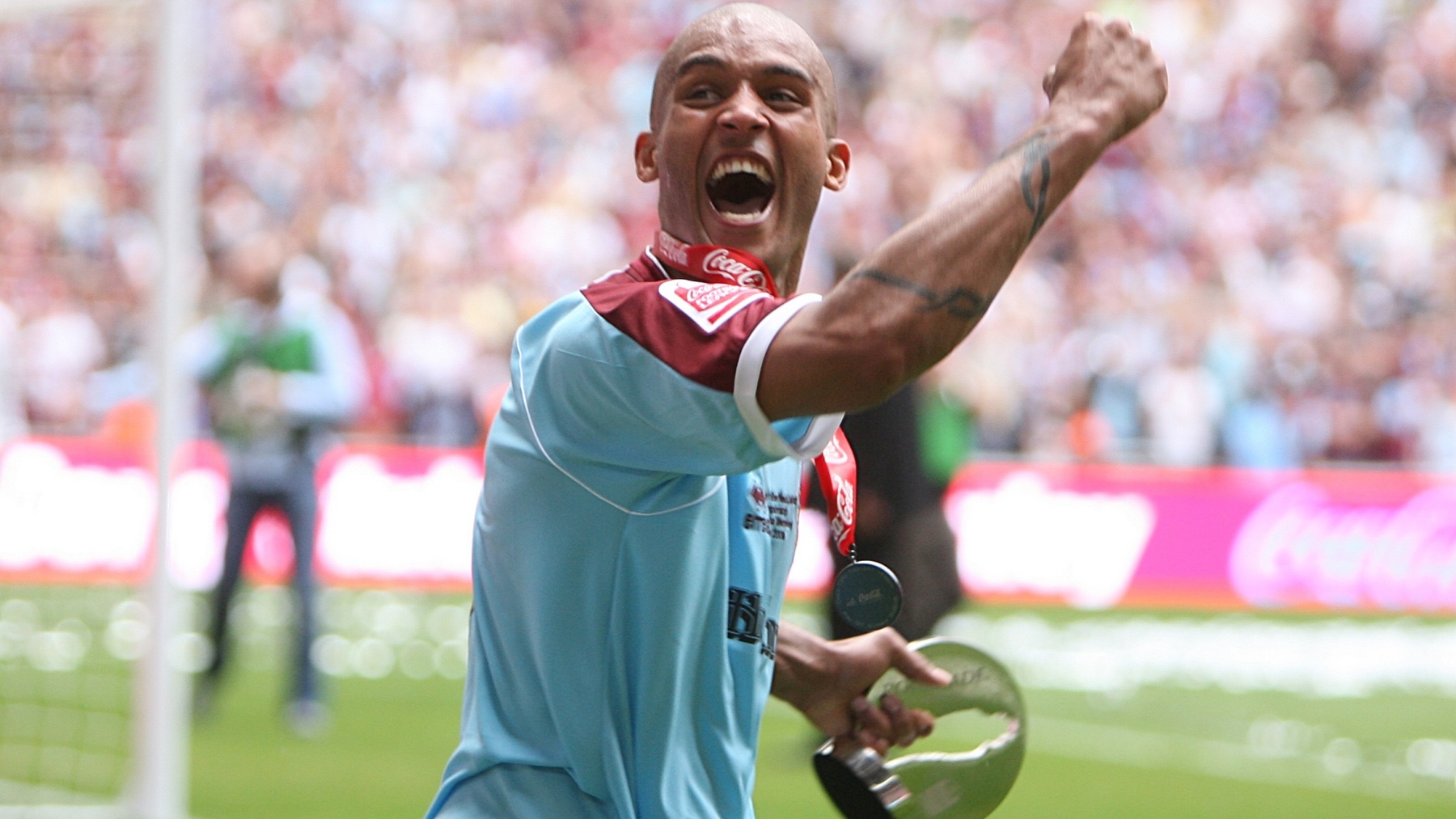 Clarke Carlisle will always be remembered at Burnley as a fine central defender, and particularly for his man of the match display at Wembley in 2009 when the Clarets won promotion to the Premier League by beating Sheffield United in the play-off final.

Carlisle’s playing career began with Blackpool, and he did well enough to earn a move to QPR where he earned three England caps at U21 level.

He subsequently appeared for Leeds and Watford before becoming one of Steve Cotterill’s last signings for Burnley in August 2007.

Tall, strong and commanding at the back, he was a regular in the side during his first four seasons as a Claret, and latterly took on the role of captain, a role to which he was well suited.

He became chairman of the PFA in November 2010, and having been crowned ‘Britain’s Brainiest Footballer’, made TV appearances on the quiz show Countdown and the political discussion show Question Time.

Carlisle left Turf Moor in 2011, and had loan spells with Preston and Northampton prior to leaving Burnley for York in 2012. His final League club was Northampton, and his last game was at Wembley when Bradford City beat them in the League Two play-off final in 2013.

Clarke’s subsequent issues with mental illness have been well-documented, and he has fronted a TV documentary on depression among footballers. 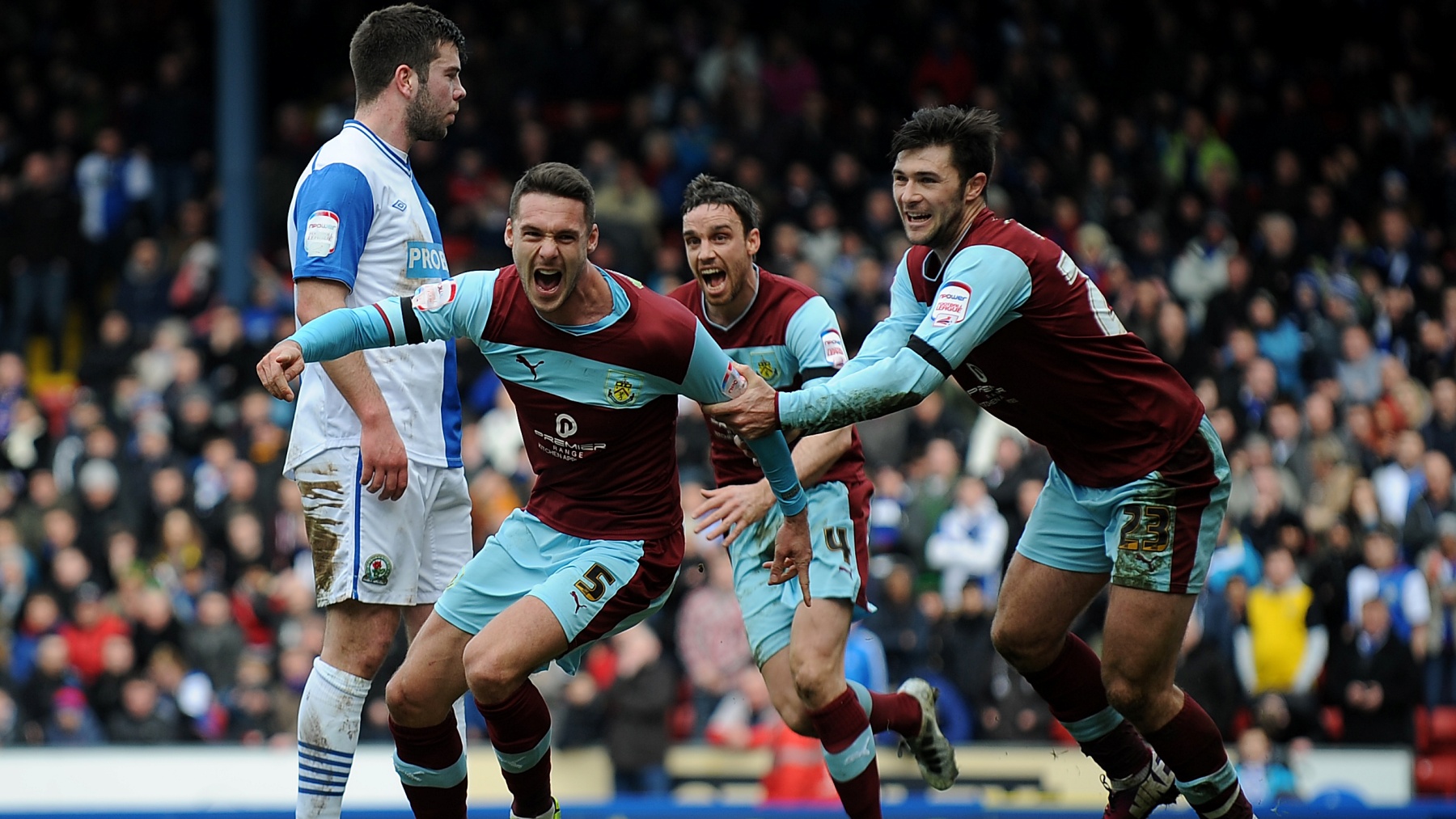 Jason Shackell had been on Burnley’s radar for some time before he was signed by Eddie Howe in July 2012, and he went on to be a near ever-present for the next three seasons.

A tall and commanding centre-back, and obvious captaincy material, Shackell’s career began with Norwich, but first team appearances were limited, both with the Canaries and his next club Wolves.

Things looked up after a move to Barnsley in 2010, where he remained for one season before Derby came calling for the first time.

At both clubs, he enhanced his reputation as a fine defender and skipper. Burnley won the battle for his services in 2012, and he really began to show his mettle after Sean Dyche took over as manager in October and tightened up the Clarets’ defence.

His partnership with Michael Duff at the back was crucial to the promotion of 2013/14, and although Burnley survived only one season in the Premier League, Shackell proved himself just as competent at the top level.

He unexpectedly returned to Derby after three years at Turf Moor during which he had missed only two League games.

Shackell then moved into the lower divisions with Lincoln in 2018, and left at the end of last season when his contract was not renewed, having made over 500 appearances in total in League football.