Dyche Expects Thumbs Up From Mee

Sean Dyche expects captain Ben Mee to step up for duty when the Clarets go hunting for their first league win.

Mee is yet to figure this season after suffering a torn thigh muscle after scoring Burnley’s winner at Crystal Palace at the end of June.

But the defender has now played two games at the Barnfield Training Centre since his return to fitness, including a work-out on Monday following the postponement of the Clarets’ scheduled Premier League 2 fixture at West Bromwich Albion.

And after showing no ill effects in training on Wednesday, Dyche believes the skipper will book himself on the trip south to play Brighton on Friday evening.

“Ben Mee got a behind-closed-doors game under his belt,” confirmed the Burnley boss.

“That at least allows him an increased platform to build from and he’s looking reasonable on that and felt reasonable as well.

“He’s a very seasoned professional at this level and a bright fellow, so I will be chatting with him to see where he’s at with it.

“I think I know the answer and I think he’ll say that he’s ready.” 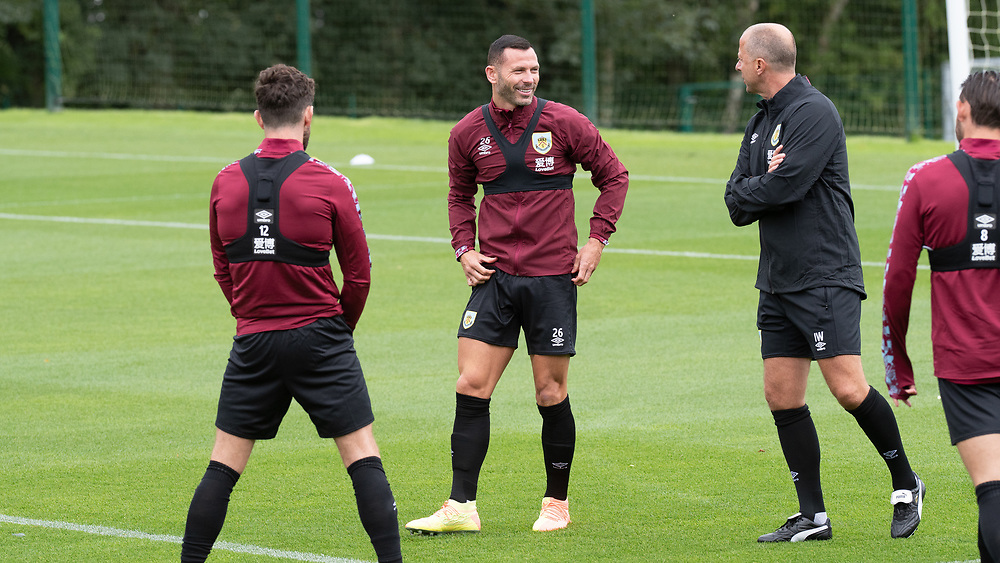 Phil Bardsley played alongside Mee – and a couple of other senior players – in Monday's training-ground bounce game following his return following a period of Covid isolation.

That’s also likely to see Bardsley back in the squad for the visit to the Amex Stadium when the Clarets will be looking to lift themselves off the foot of the table.

But there remains a question mark over winger Johann Berg Gudmundsson as the Clarets slowly get back towards full strength to aid their bid to boost their points’ tally and get their campaign into gear.

“Johann is still touch and go,” Dyche added. “That might be a decision for us and him, whether he’s available for selection after just having a minor injury.

“He’s had a few of them so we have to be careful.

“There are a few close ones and a few we will be considering coming back into the squad, which is important, of course.

“It’s a tricky time for us and we need all of the good players that we’ve got fit and well.”

Defender Erik Pieters remains sidelined with a calf injury, while midfield man Jack Cork – who has also been sidelined since the win at Palace seven games from the end of last season – will continue his recovery from a foot injury during the up-coming international break.