CORNET: I WANT TO SCORE AND STAY FOCUSSED

CORNET: I WANT TO SCORE AND STAY FOCUSSED

Magic man Maxwel Cornet says he’s taking to Premier League life like a duck to water as he continues to grab the headlines at Burnley and beyond.

The Ivorian ace earned the Clarets a point in a frenetic 3-3 draw against Crystal Palace on Saturday after Ben Mee and Chris Wood netted in a see-saw opening period.

Cornet sent Turf Moor into raptures as his volleyed left-foot thunderbolt helped Burnley battle from behind - for a second time - after Marc Guehi and a Christian Benteke double had hauled the Eagles in front.

The rasping rocket marked his fifth goal in six-top flight starts and Cornet, who swapped Lyon for Lancashire in the summer, hopes his rapid adaptation to English football can fire the Clarets to safety.

Asked if he enjoys life in the Premier League, Cornet – whose side lie two points adrift of safety in 18th, said: “Yes – I like this championship.

“It’s nice for my profile – I like to keep space from the defenders, and I’m a fast and quick player.

“I like to score and I want to just enjoy my football here.

“It was a good goal – it was instinctive. It was a very good goal, but I think [my goal against] Leicester was good as well.

“I want to score and stay focussed. 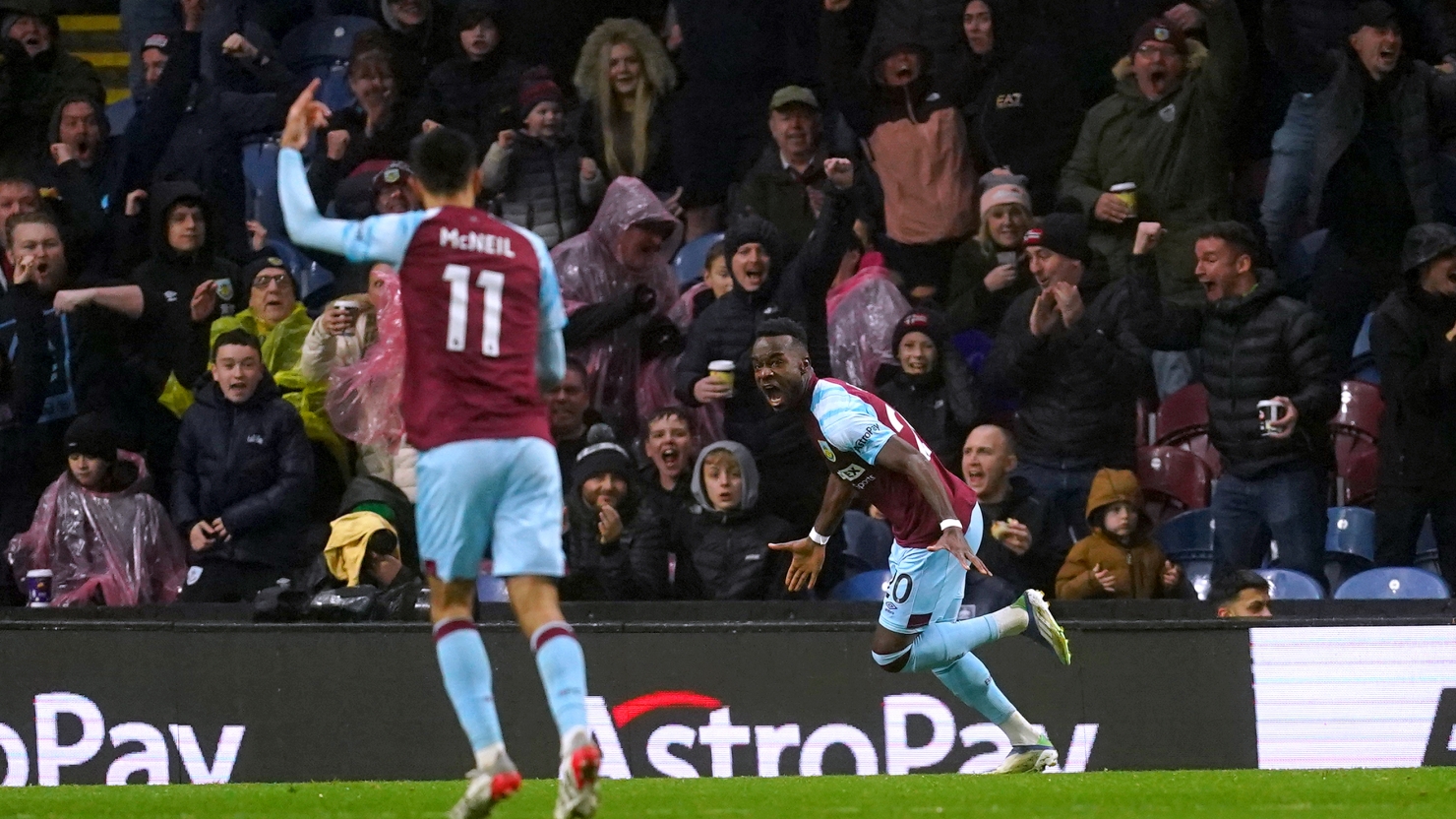 “I enjoy it. When you score it’s very nice, and that’s why I want to score again and again, for my team, my teammates and for the club.

“It is the Premier League – and we stay focussed for the next game.”

Benteke opened the scoring for Patrick Vieira’s high-flying Palace before goals from captain Mee and Wood had temporarily turned the tables.

But the helter-skelter first half continued when Benteke bagged another and Guehi fired in through a pack of Burnley bodies.

Cornet’s stunning intervention arrived at the perfect time, however, meeting James Tarkowski’s flick on in thunderous fashion to emphatically fire home into the roof of Vicente Guaita’s net. 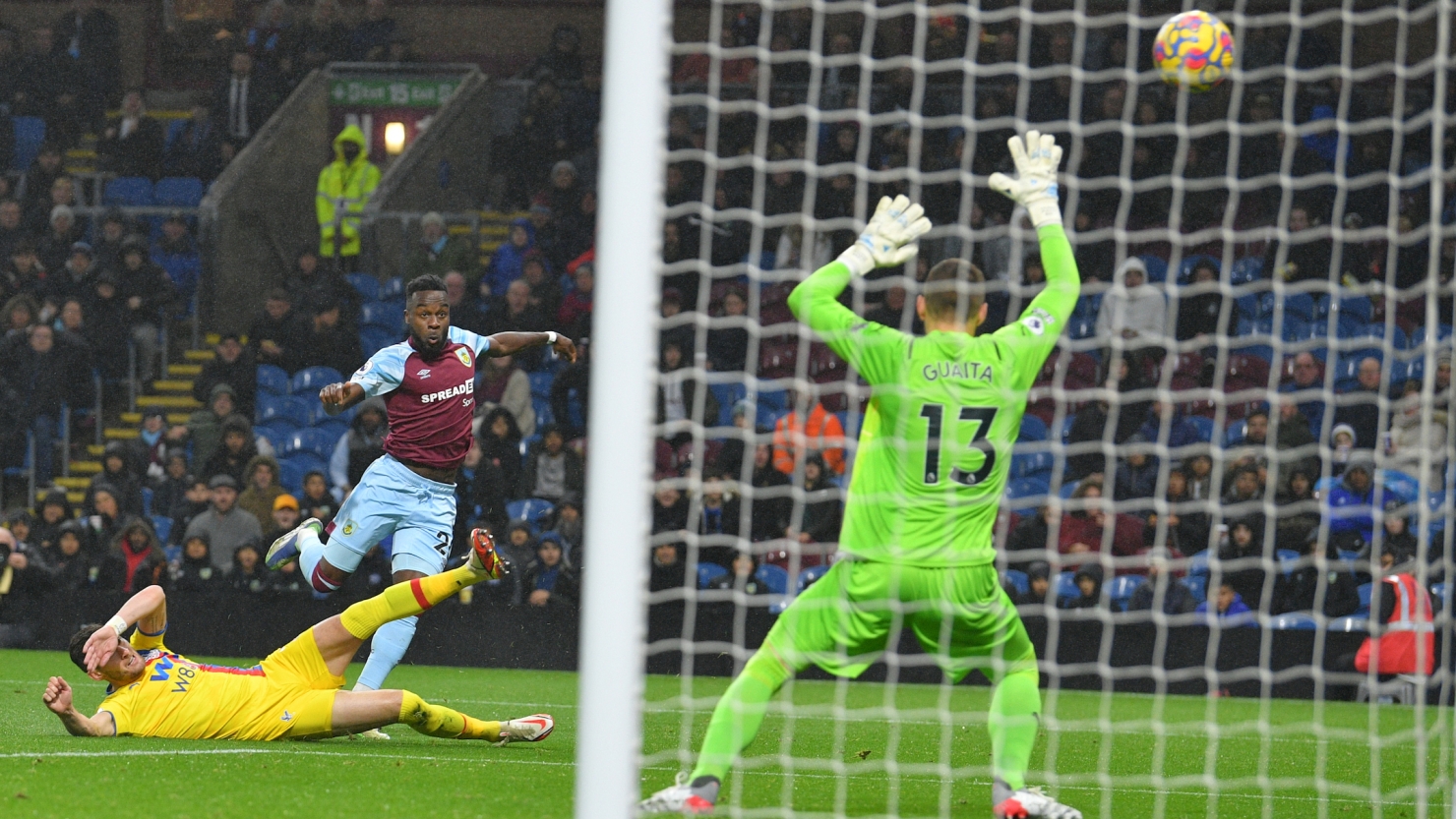 The wing wizard has now scored against Leicester, Southampton – twice – Brentford and Palace and is rapidly emerging as a vital asset for Sean Dyche’s squad.

And all of his strikes have been ones for the highlights reel as Cornet continues to captures hearts of the jubilant Turf Moor faithful.

New Zealand star Wood, 29, admitted he loves playing with Cornet and is the relishing the red-hot relationship blossoming between the two.

Cornet corroborated those comments and asked about partnering the Kiwi target man, added: “I like to play with [Chris].

“He takes many balls – I know he’s going to take every ball.

“That’s why I stay focussed to go for the goal.”