This time the spotlight is on number 19 - worn twice by local lad Jay Rodriguez.

It’s fair to say that Joey Barton left a big impression at all his clubs and at Burnley that impression was nothing but positive.

Barton first became a Claret in August 2015, having previously represented Manchester City, Newcastle, QPR and Marseille, and having earned one full England cap, as a substitute against Spain in 2007.

He was established as a player with special talents and his signing by Sean Dyche was a popular one as the Burnley manager looked to get the best out of the midfielder. 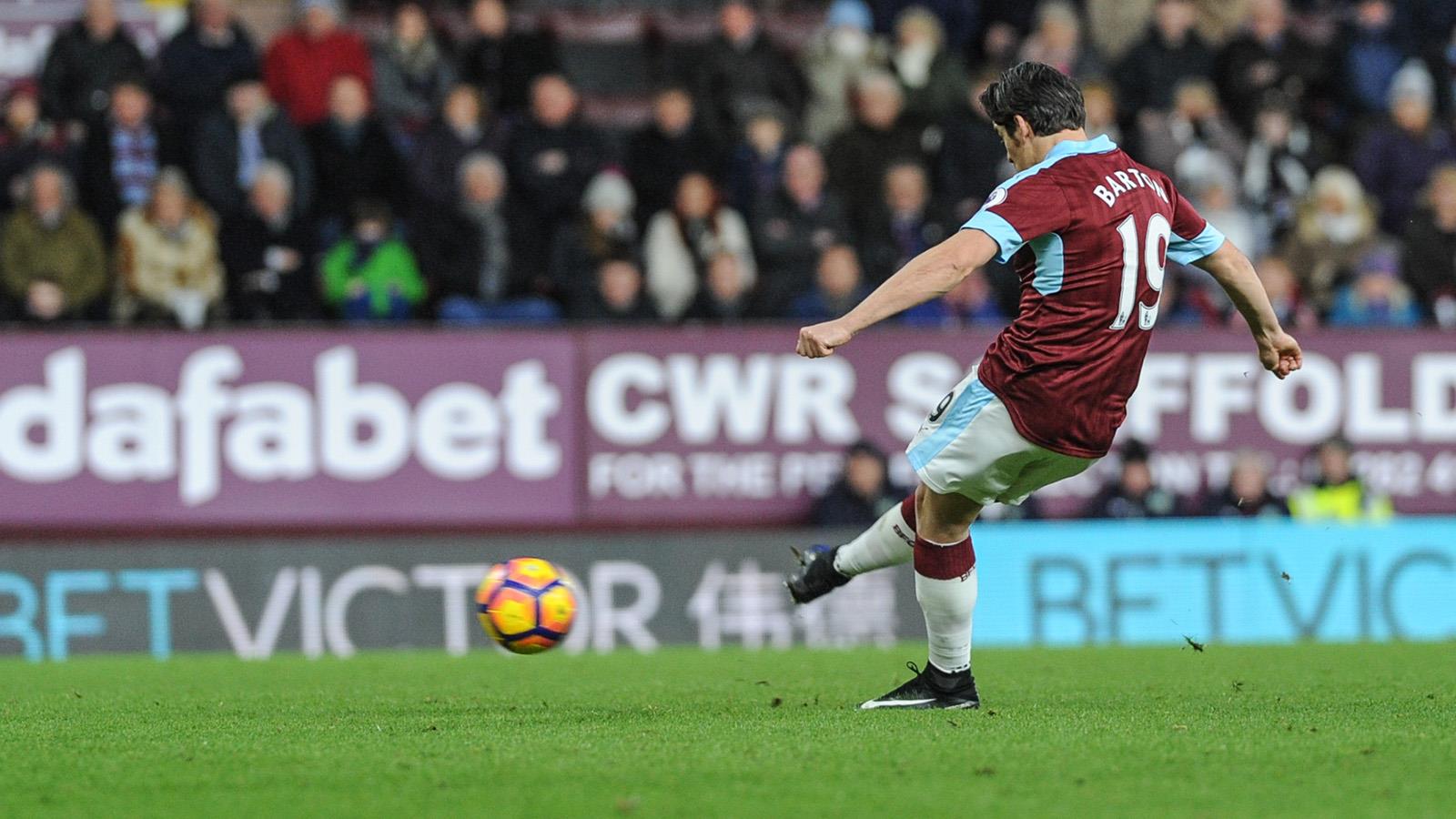 And any doubters that his best days might be behind him need not have worried, as the 2015/16 season was arguably the best of Barton’s career.

His onfield dynamism and leadership, allied to supreme passing skills, were key factors in the Clarets’ promotion to the Premier League.

He also chipped in with a few goals, notably the late-season winner at Preston as promotion was close to being clinched.

Seeking a new challenge at the age of 33, he moved to Rangers at the end of the season, but things did not go to plan at Ibrox and Barton returned to Burnley in January 2017, marking his home debut with a spectacular goal from a free kick against Southampton.

He was as consistent as ever in his second Turf Moor spell, but by this time a charge for historical betting offences hung over him. He was suspended for 18 months, subsequently reduced to 13, and this effectively brought an end to his playing career.

After the end of his ban, Barton took on his first managerial position at Fleetwood Town, taking the club to the League One play-offs in 2020, and after leaving Highbury took charge at Bristol Rovers in February, 2021.

A mainstay of Birmingham City’s Championship side since 2017, and a regular goalscorer, Lukas Jutkiewicz’s time at Burnley was less productive.

Although a popular player whose efforts could seldom be faulted, he was strangely unsuccessful in front of goal.

Already well-travelled before his arrival at Turf Moor, “Juke” had enjoyed his best spells with Coventry City and Middlesbrough, and it was from the Riverside that he joined Burnley in the summer of 2014. 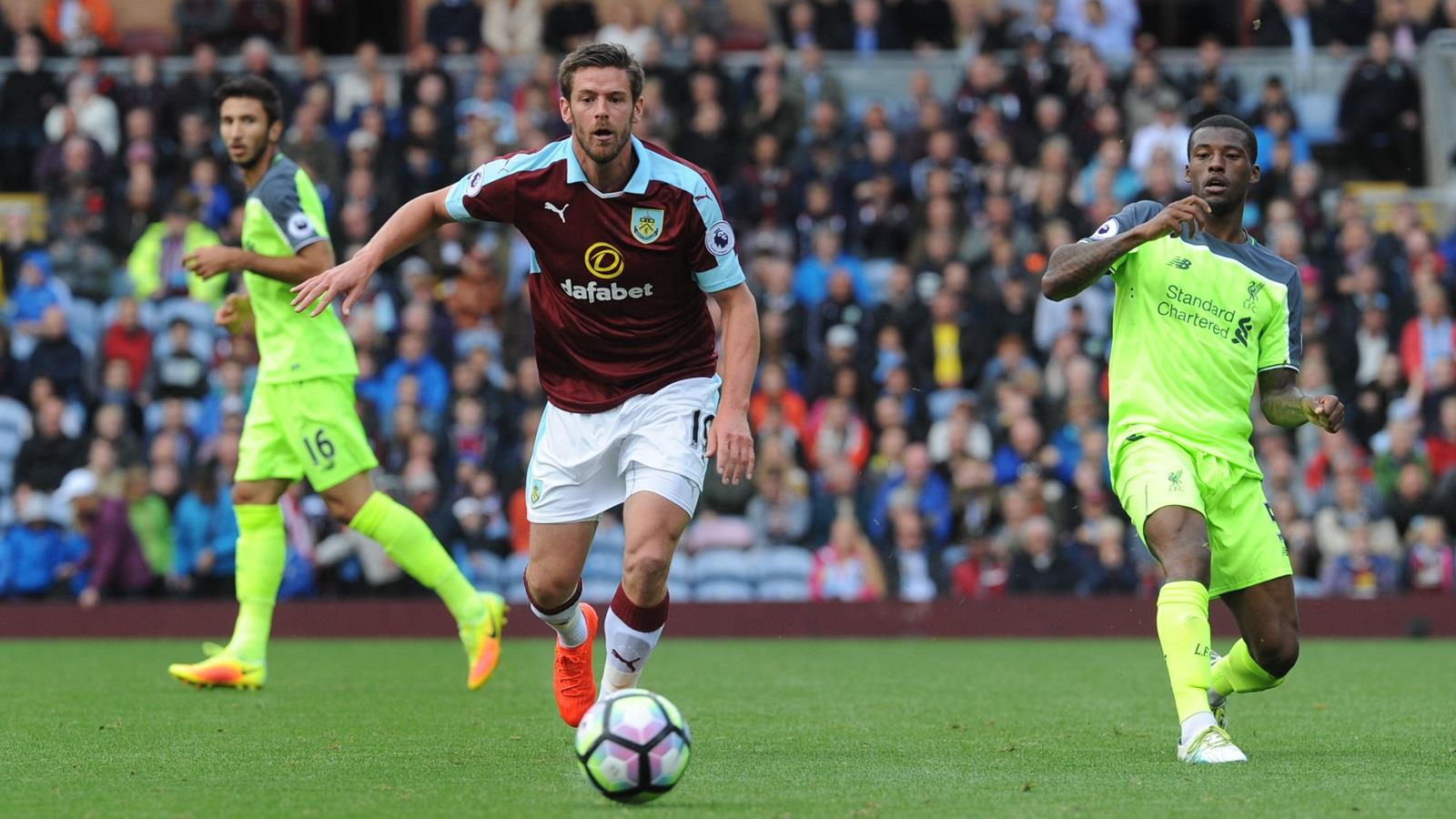 He fared well in his first pre-season, scoring regularly, and began the season as Danny Ings’ partner up front. He soon lost his place to Ashley Barnes, though, after failing to find the net.

An old-fashioned centre-forward, big and strong, Jutkiewicz was certainly able to rattle opposing defenders but found goals elusive. He continued to feature regularly from the bench, however.

He began his second season in the side after another good pre-season but a cruciate ligament injury all but ended his campaign and he played very little part in the promotion success of 2015/16.

He did appear again after recovering from the injury but the comeback was brief and he was loaned to Birmingham in August 2016, joining the Blues on a permanent basis the following January.

He left Turf Moor having failed to score in League or Cup yet was always well-regarded by the Turf Moor faithful.

At St. Andrew’s, he has clearly recovered his scoring touch. He was Birmingham’s Player of the Year and top scorer in 2019/20 before scoring eight more times in the Championship in 2020/21 as a key player in the Blues’ successful fight against the drop. 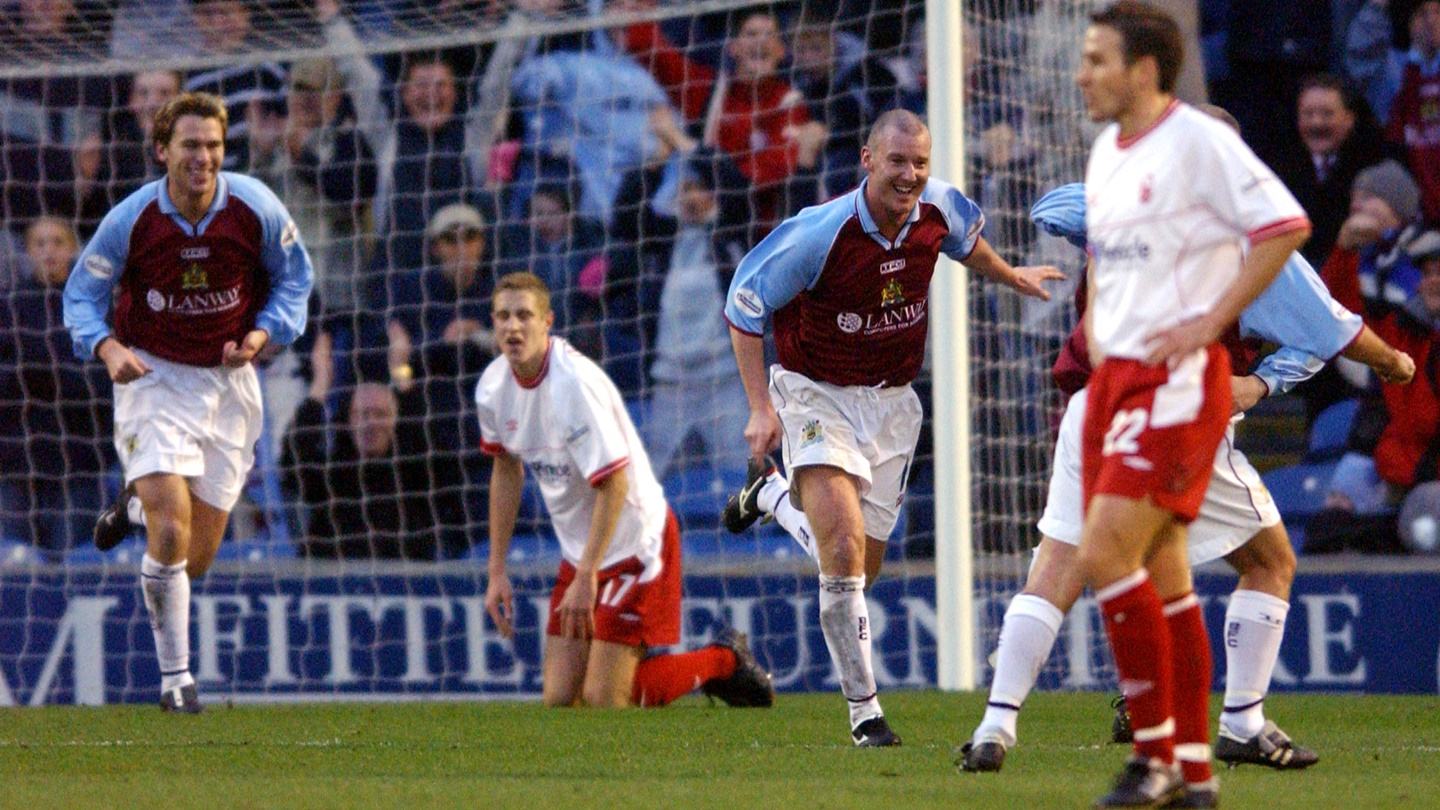 He joined the club on a “Bosman” free from Sheffield Wednesday in the summer of 2000, soon after the Clarets’ promotion to Division One (now the Championship).

His first two seasons at Turf Moor were the best under Ternent, as the side narrowly missed qualifying for the play-offs on both occasions.

The 2000/01 campaign saw Briscoe often out injured, but the next season was undoubtedly his best as a Claret.

A defender who was always keen to go forward, his role was often more as a midfielder than a full-back, and along with Paul Cook he provided good service to Andy Payton and Andy Cooke up front. Briscoe was also capable of the occasional goal, finding the net twice in a 5-2 home win against Walsall.

Eventually midfield became his regular position, with Graham Branch favoured at left-back. His final season at Burnley brought some heavy defeats as the goals against column took a hit, but Briscoe rarely let the side down.

The collapse of ITV Digital resulted in Burnley having to cut costs in 2003 and Briscoe was one of the players to be released.

He joined Preston North End but played only two games before injury forced his retirement from playing at the age of 28. He subsequently worked in the brewing industry.