Champions: A Century On

One hundred years ago today the Clarets were officially crowned champions of England for the first time.

It was the final day of the 1920/21 season as the Clarets, led by legendary manager John Haworth, secured the first of their two league title successes to date.

And the historic triumph was built around an epic 30-match unbeaten run.

The record run, which had finally been ended at the end of March, was the longest unbeaten sequence in a season to date and would remain so until Arsenal’s ‘Invincibles’ went undefeated in the 2003/04 Premier League season.

A brass plaque, commemorating the epic sequence of results, had been commissioned by the club some years later. 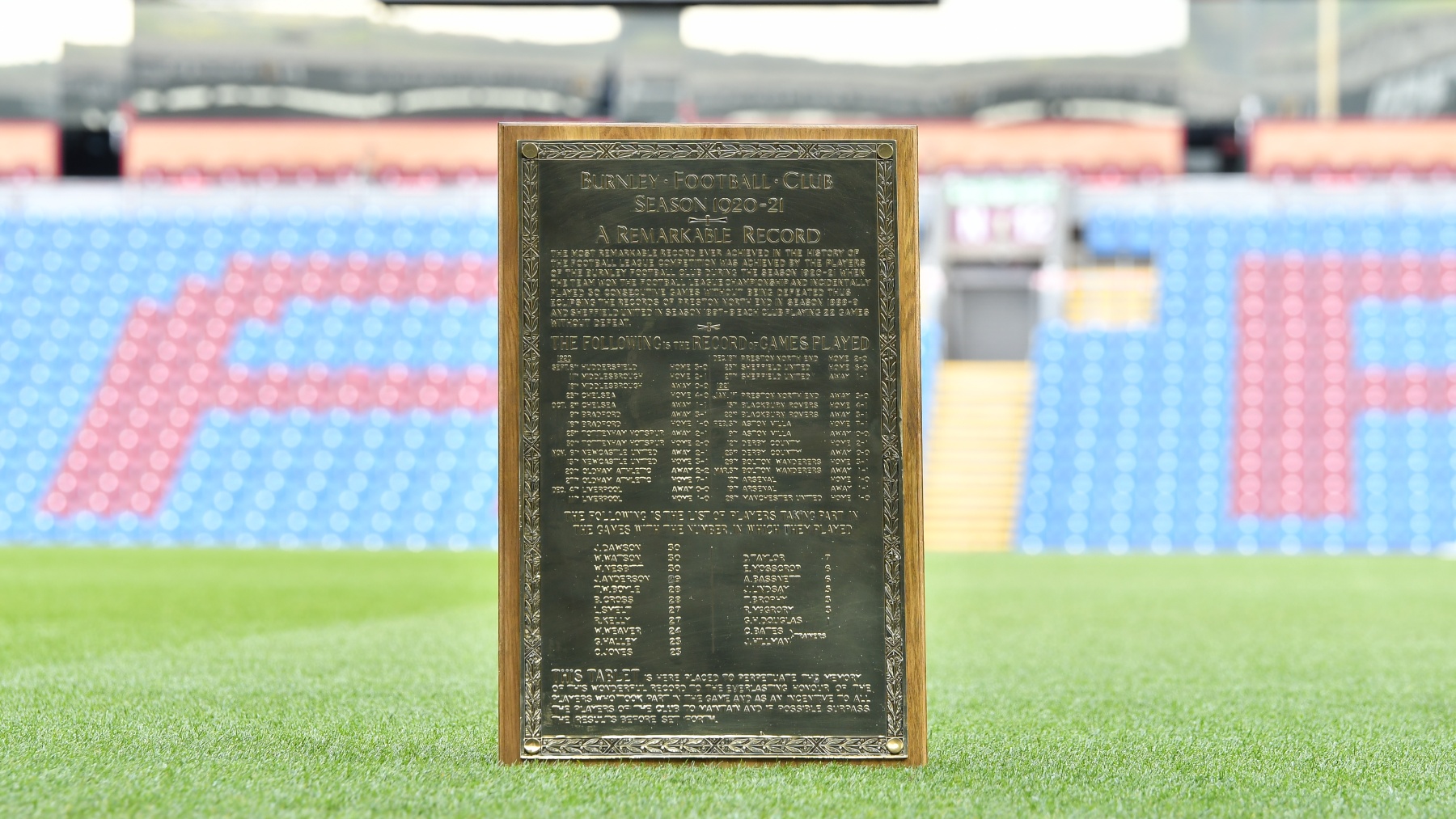 And following a sympathetic restoration by renowned local firm Almond and Mellor, the plaque has been given a new lease of life.

The plaque, pictured on its return to Turf Moor with club Chairman Alan Pace, will hang proudly in a new hospitality area, aptly named the Centenary Lounge, in the James Hargreaves Stand from next season. 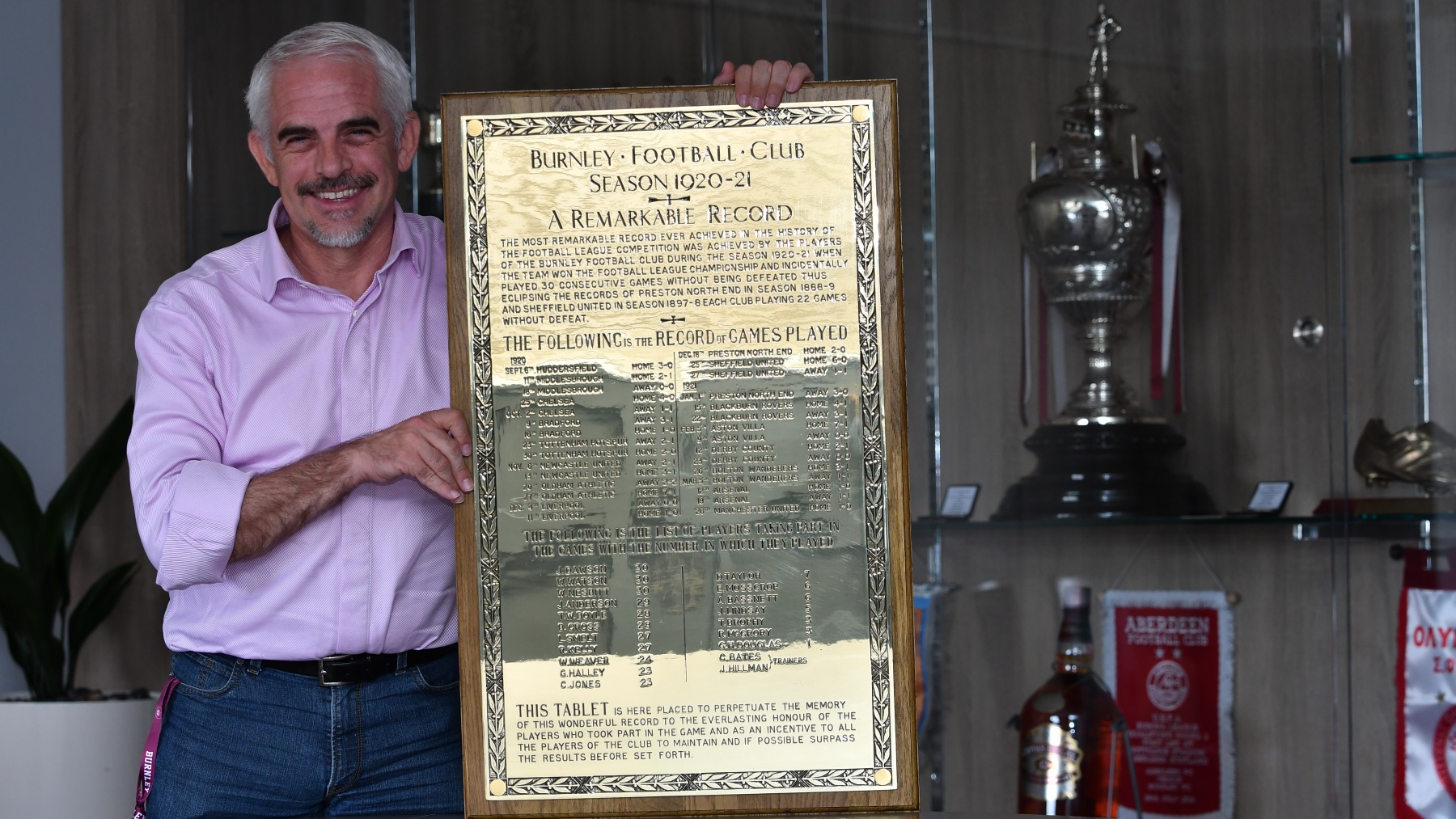 Chairman Alan Pace said: “This club is built on its proud history and the first of two league titles was very much a landmark moment.

“It’s quite right that we honour such occasions and when we learned of the existence of the plaque – a tangible record of that era – it seemed appropriate to look to restore it to its former glory.

“The naming of the Centenary Lounge is a further nod towards a team that set the gold standard and we look forward to welcoming supporters back next season and sharing in the memories of such a great Burnley team.”

Today we salute Burnley’s history-makers and reflect on a glorious period in the Clarets’ illustrious past.