BEE: MARGINS ARE TIGHT AT THIS LEVEL

Women's manager talks the upward trajectory of the team in recent years, but recognises need to stay realistic to keep growing

This season will hopefully be a case of third time lucky for Burnley FC Women. They want to finally be able to complete an FA Women’s National League Premier Division season without interruption.

Having earned promotion from Division One North by winning the league in 2018-19, the previous two campaigns in the WNL’s top tier were both halted by the Covid-19 pandemic.

But finally, manager Matt Bee’s team are getting a proper crack at regular third-tier football this time around.

Success on the pitch would coincide with the team being in a stronger position than ever before off the pitch, having been integrated into the wider Burnley Football Club operation in February, with the long-term aim of turning fully professional.

And 27-year-old manager Bee is confident the Clarettes can reach new heights over the coming seasons as the club continues to build a strong women’s operation. 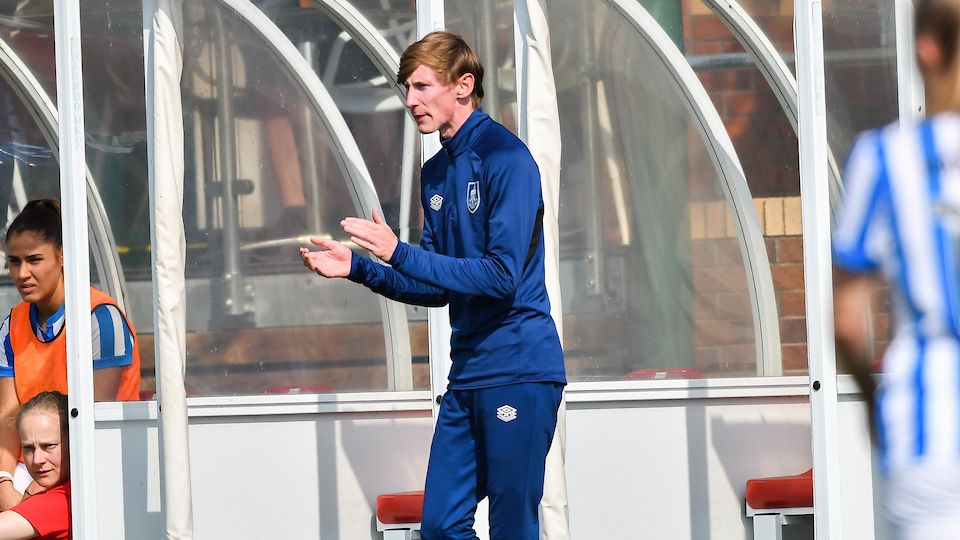 “We have been in this league on paper for nearly two years but in reality, due to Covid, we have only just played the equivalent of around half-a-season at this level,” explained Bee.

“In the first Covid season we had a lot of postponements due to weather as well, then last season was cut short in November. So, some of the players are still getting used to this level.

“For us this year is about growing, and finishing as high as we can, to lay some really good foundations. 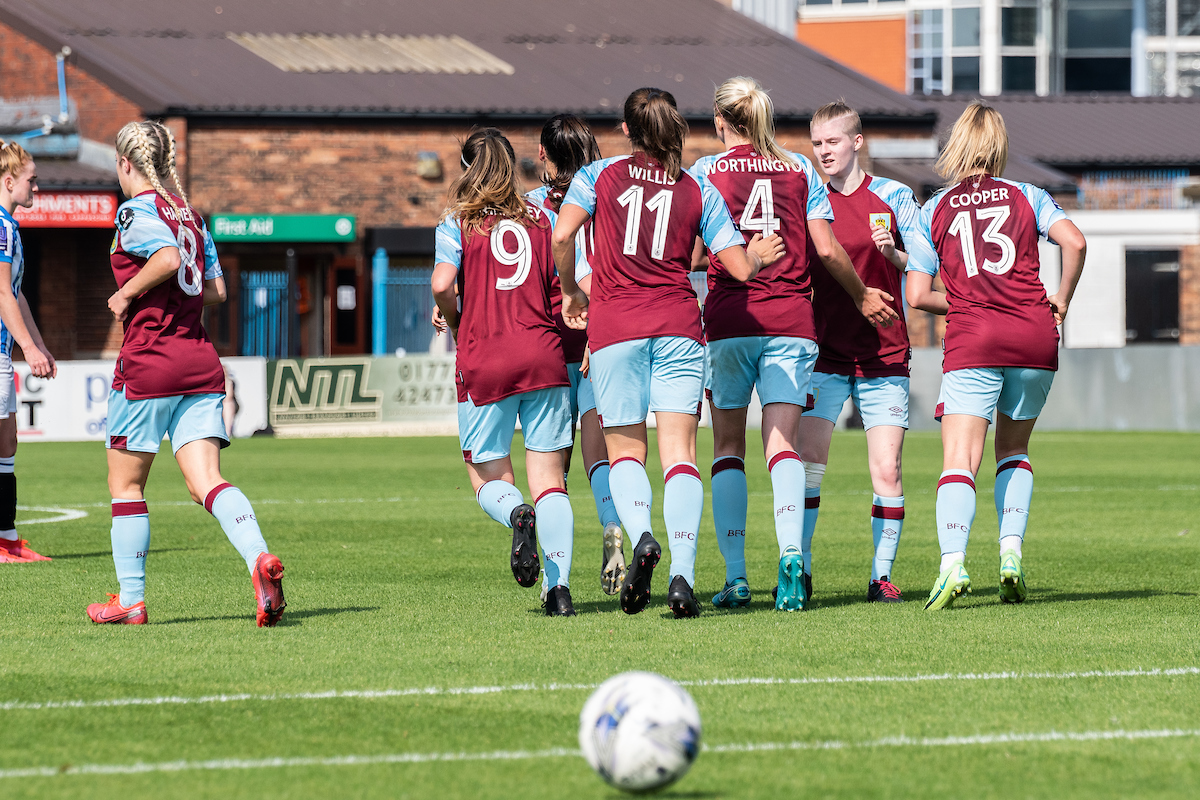 “We have had a good few seasons and had an upward trajectory but we need to stay realistic and keep growing.

“This year the form has been mixed and I think that is partly down to a gruelling fixture list. It shows how tight the margins are at this level.” 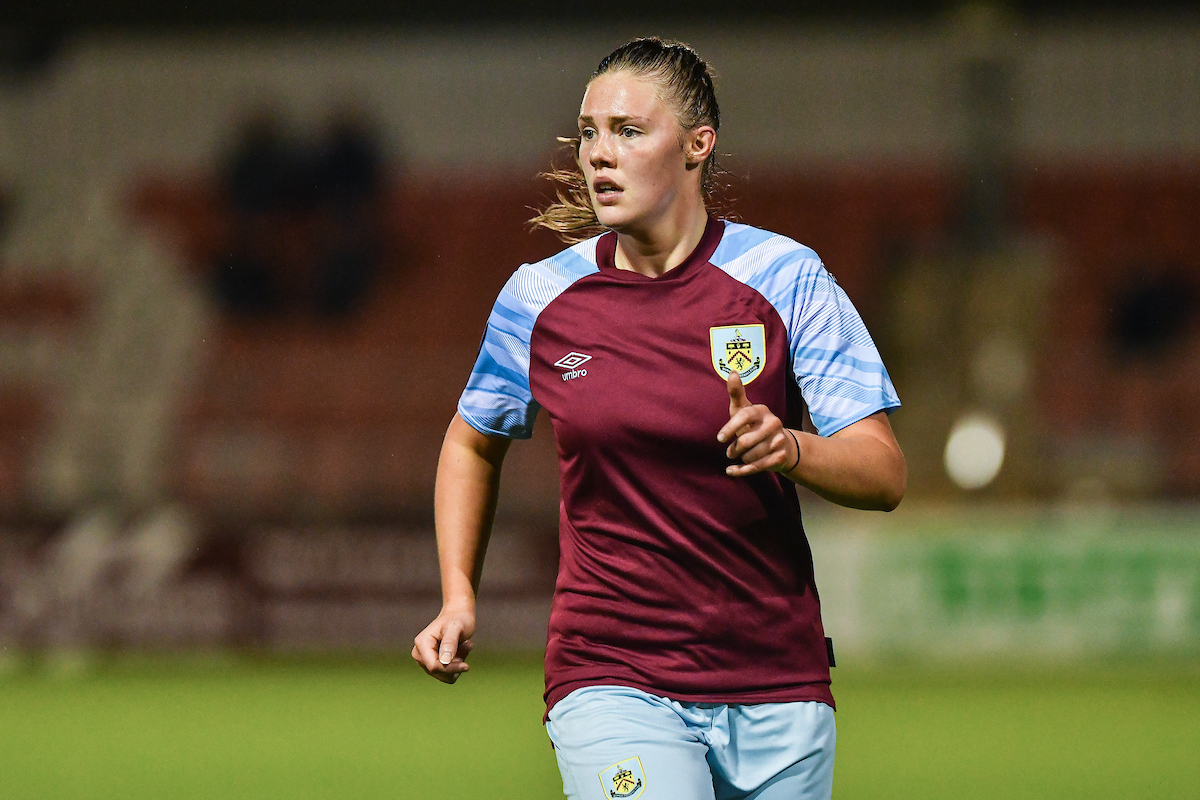 The Clarettes’ development has accelerated rapidly over the last few years.

Since Bee joined the club in 2016, they have progressed from the fifth tier of the pyramid – winning back-to-back titles to reach the Northern Premier Division of the FA Women's National League.

Now they are aiming even higher, as they target promotion to the FA Women’s Championship in the not-too-distant future.

But moving up the pyramid is not the sole ambition of the side, as Bee explains. 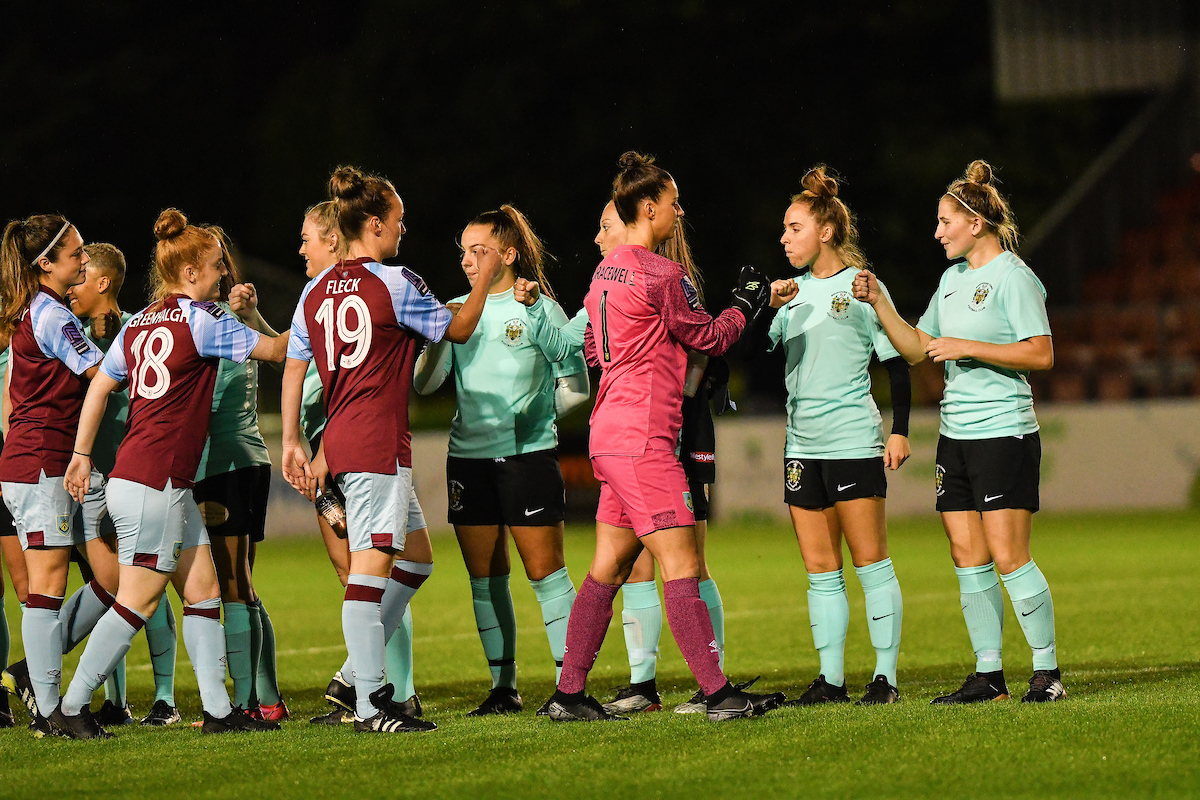 “This league is tough, some teams have real standout quality but if you can operate consistently you get results,” he said.

“I didn’t feel, when I first walked through the door, the women’s team had an identity, so I wanted to build that quickly.

“We did a lot of work on making the group realise that winning was crucial and building that mentality.

“Now players come here who want to play at a higher level, so we need to retain that balance.

“From my point of view I have always wanted to be as ambitious as possible, and to make the team effective and successful.

“Even when the club was in tier five, we wanted tier three. We were further down the pyramid but still wanted to set the best standards for a women’s team in the region.”

Nicola Worthington, who previously played for Manchester City, has become a key part of Bee’s side since joining in 2019. 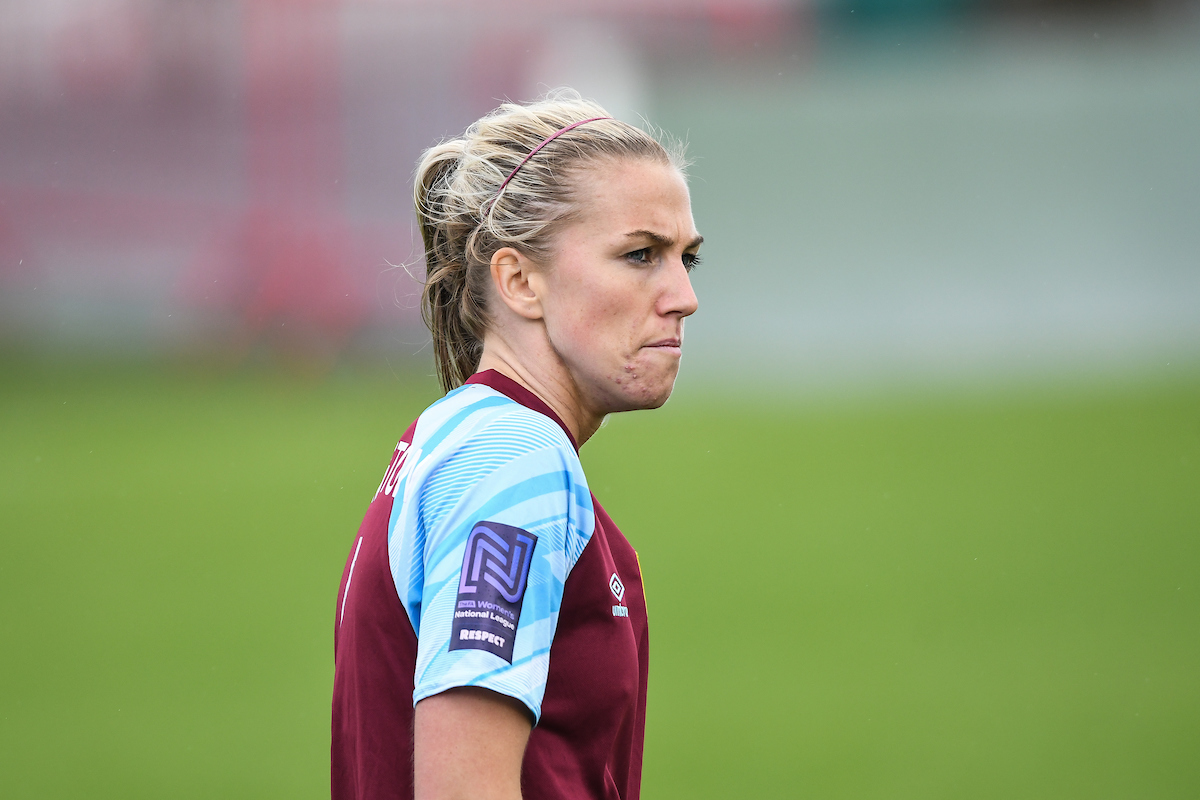 The midfielder won the club’s Player of the Year award, selected by Bee and his staff, in the curtailed 2020-21 campaign and recently showed her ability to turn a game in an instant.

In the 3-0 win over Loughborough earlier this month, she produced a stunning long-range free-kick - her second goal of the game and one more than worthy of a higher level.

Worthington said: “I have been known to hit them from that distance. Every now and then one flies in, but I do try and practice them.

“The centre-halves were encouraging me to shoot, so they can take the credit! “It came at a good time, as we had lost control of the game, so I was absolutely chuffed with that.” 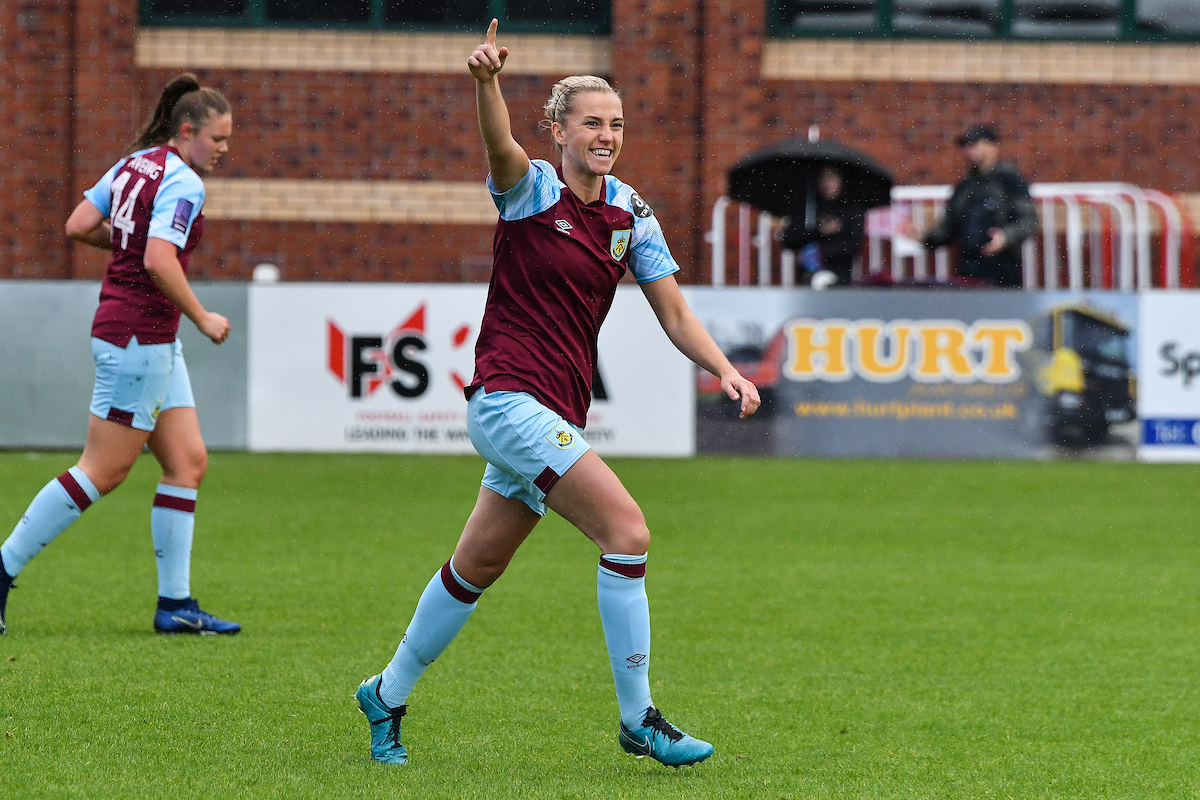 The 28 year-old aspires to play in the FA Women’s Championship at some point in her career, ideally for Burnley.

She added: “That is where we want to be. We want to win this league within the next few years.

“Obviously this season we have had a tricky start and can’t really afford to slip up again but we have a good side.

“There have been positive changes to the club since I joined, earlier this year we were integrated with the men’s team and got that backing a little bit more.

“We play on better pitches now as well and have better facilities in general.

“We also have been sponsored by TikTok to have our games streamed on the platform, which is massive.

“We still have a long way to go, but our team is humble and love playing football.” 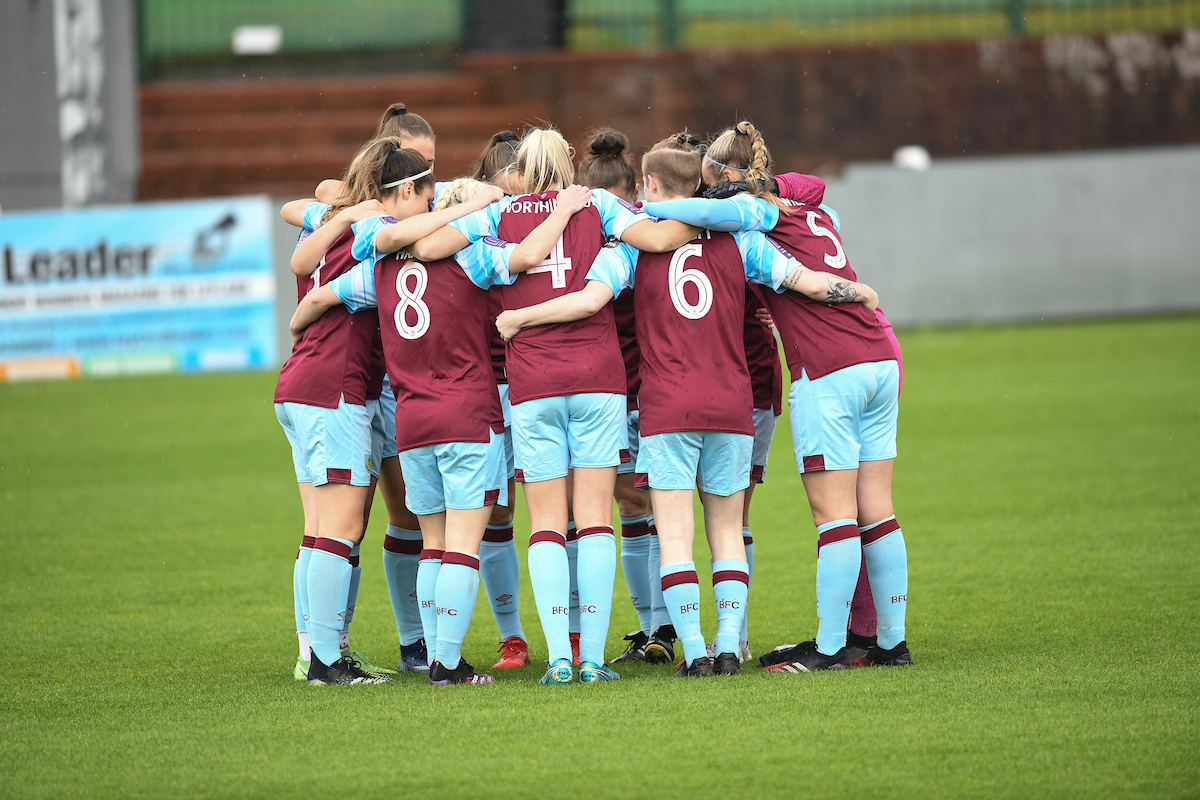 Meanwhile the gaffer believes continuing his team’s improvement over the next few seasons will help Burnley grow on a wider basis.

“The owners made it clear the minute they came in how important the women’s team is,” Bee added.

“We try to have the ‘one club’ ethos here and connect the teams together. You look at the top football clubs across the country and they have successful women’s teams. That is what we want here.”