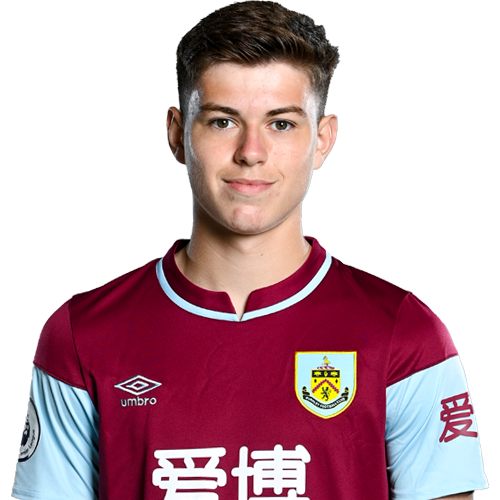 Thompson put pen-to-paper on an 18 month contract in December 2019, after joining from Everton.

The former Manchester United youngster, who spent last season with the Toffees, will spend the remainder of the 2019/20 season with Tony Philliskirk's U18 side.

Thompson featured for the U23s in a friendly at the training ground whilst on trial, where he bagged two impressive goals, before lining-up for Philliskirk’s side as a trialist in the youth team's 1-1 draw with Nottingham Forest.

The Macclesfield-born youngster, who can operate up-front and out wide, was a part of Manchester United’s U16 training camp in Hong Kong in 2017, alongside current Clarets second year scholar Harry Allen and Red Devils striker Mason Greenwood, who scored his first Premier League goal last month against Sheffield United.

Thompson then made his professional debut, after coming off the bench for the Clarets at the Etihad in June against Manchester City.

Thompson put pen-to-paper on an 18 month contract in December 2019, after joining from Everton.