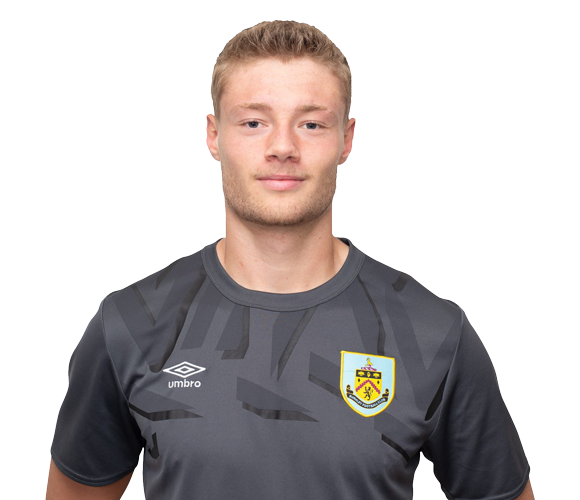 Goalkeeper Lukas Jensen signed for the Clarets in September 2019, after impressing on trial.

The Dane had started his career in his native country with hometown club Helsingor and then second tier side Hellerup IK.

Jensen became a regular in the Clarets' U23s side, establishing a reputation for saving penalties.

After signing a new contract in January 2020, he progressed to the first-team squad and featured on the bench following the Premier League's project re-start towards the end of the 2019/20 season and the departure from Turf Moor of Joe Hart.

Jensen then secured a loan move to Bolton Wanderers in January, 2021 and was part of their League Two promotion-winning squad without making a first-team appearance.

At the end of the season, the Clarets extended an option on his contract for a further 12 months and the towering keeper joined Icelandic side Kordrengir on a two-month loan for the chance of competitive football.

And at the beginning of the 2021/22 season, Jensen then joined Carlisle United on a season-long loan.

Danish goalkeeper who signed for the Clarets in September 2019.